A poignant meditation on artistic resonances in an age of ever-dwindling common ground, ‘Ten Thousand Things’, curated by Xiaoyu Weng at Nanjing’s Sifang Art Museum, pairs the works of Miriam Cahn and Claudia Martínez Garay. Despite hailing from different cultures, both artists evoke symbols and cosmologies in their work that speak to their shared experiences as women and as witnesses of generational trauma.

Spreading across the museum’s three floors are several installations by Martínez Garay that combine tapestries, murals and rattan animal sculptures with clay and ceramic figurines. Like the pre-Columbian artifacts from the artist’s native Peru – the spirits of which are evoked in works such as El Creador (The Creator, 2019), a mound of soil containing buried replicas of ceramics looted from Peru and printed cutouts of native plants – Martínez Garay’s anachronistic assemblages are inspired by the Andean concept of pachakuti: the overturning of space-time. Transporting us away from the specificities of the here and now, they take us to places from the past or to virtual memories in which humans and nature have a cosmological affinity.

The depth of Cahn’s practice – four decades of worlding against the forces of conventional figuration – is on full display in this exhibition, foregrounded by the Swiss artist’s uncanny landscapes and portraits. In herumliegen (Lying Around, 2017), anonymous, barely human bodies appear on the verge of drowning in a sea of blood-red pigment, while in meine wege (My Ways, 2018), bare mountains echo the tone and texture of broken skin. The thin membrane separating interior from exterior vanishes entirely in atombombe (Atomic Bomb, 1987), a watercolour whose grim subject matter – war and destruction – is rendered all the more horrifying by the artist’s use of garish colour.

Underlying both Garay’s invocation of Andean cosmologies and Cahn’s animistic repertoire is an affective and ethical commitment to being in the world, to its incoherent mesh of nature and culture, living and non-living. While forgoing any direct representation of current socio-political issues, the artists’ works nonetheless feel timely, gesturing towards radical hope and empathy, transcending geographical boundaries and propelling us forward.

'Miriam Cahn and Claudia Martínez Garay: Ten Thousand Things' is on view at Sifang Art Museum, Nanjing, until 23 May. 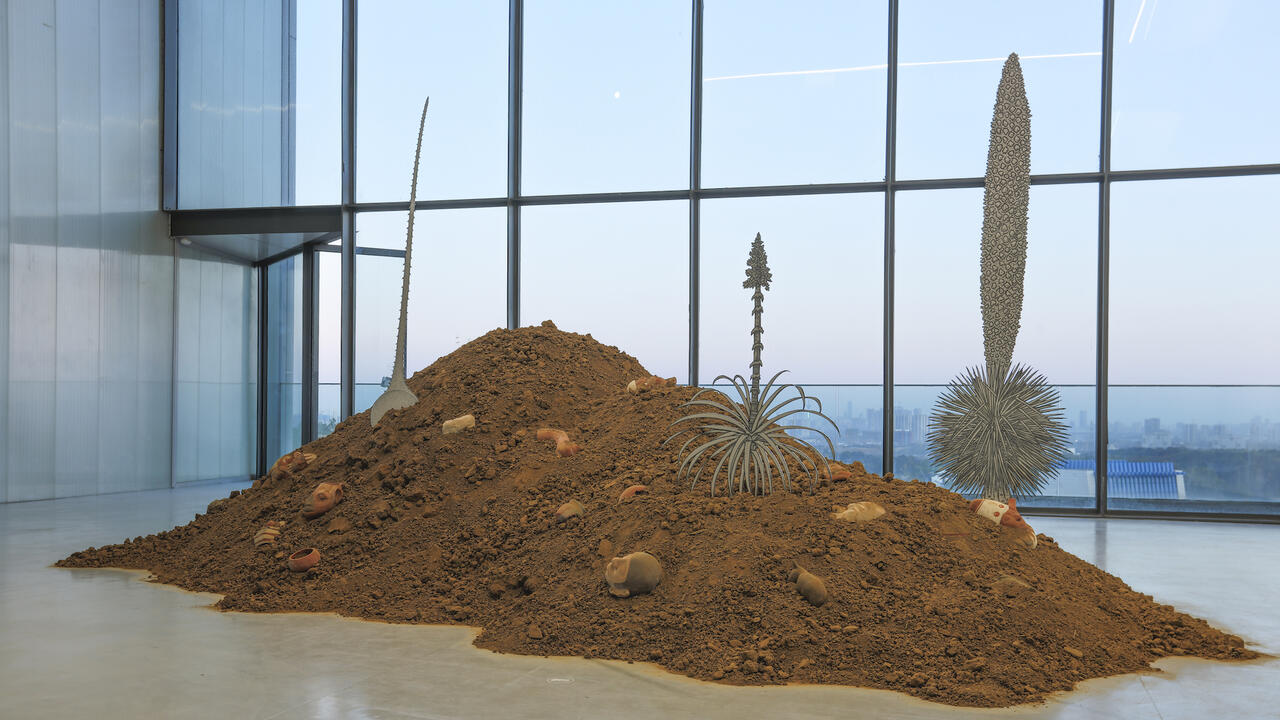 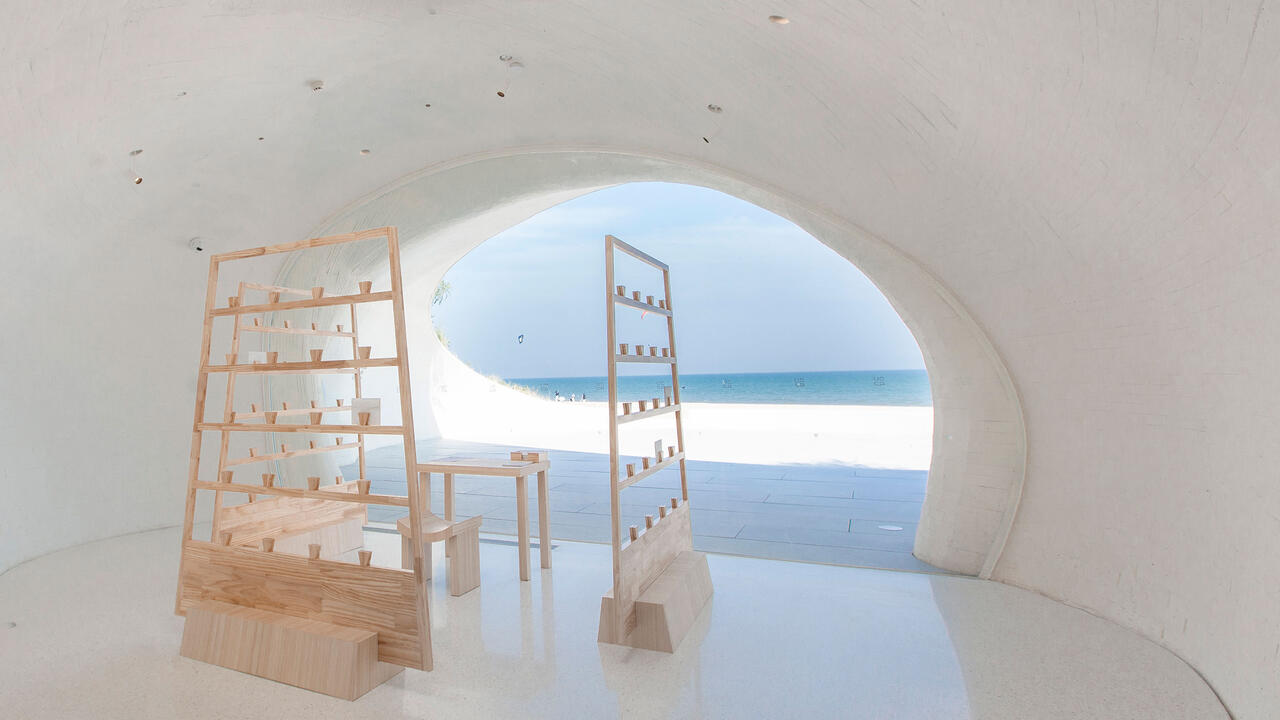 Exhibition Reviews , Reviews Across Asia
UCCA Dune Asks Whether Art Can Survive a 'Crisis in Attention'