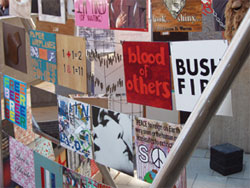 ‘A twilight zone of uncertainty, between the day and the night, in which much is either called into question or obscured’ – this is how curators Chrissie Iles and Philippe Vergne described their biennial. ‘Day for Night’ derived its title from the François Truffaut film, originally and suitably entitled La nuit américaine (The American Night, 1973). This was a show not about the night, however, but about this twilight age during which America may be lapsing from an untarnished ideal into an irredeemably corrupt state. It was deeply and successfully disquieting, demonstrating how artists are coping with a period where contradictions are rife and much seems somehow complicit, concealed or exhausted.

As Truffaut’s film ‘uses the process of its own making to critique itself’, so the curators called into question the exhibition’s structure. Sub-exhibitions were organized within the show (notably by The Wrong Gallery, Sturtevant and Mark di Suvero/Rirkrit Tiravanija) – the curatorial versions of the auto-destabilizing methodologies Iles and Vergne cite as major forces of the moment. In this spirit of obfuscation, which found expression in various challenges to the integrity of authorial intent, the curators created a fictional curator named Toni Burlap, whose only virtue seemed to be to allow Iles and Vergne to write their thoughtful catalogue essay in the third person.

Born of a sympathetic idea, Ms Burlap nonetheless highlighted the kind of insider sarcasm, rather than destabilizing radicality, that characterized much of the biennial’s inclusion of collective or fictive identities. The Wrong Gallery (who mounted an inspired show themed around ‘American outcasts’ in the museum’s mezzanine), has become the darling non-institutional institution; the gallery/artist/whatever Reena Spaulings, on the other hand, was represented by a boring pair of shopfront awnings that barely passed as adjusted ready-mades (The Hoods, 2006). Something seems odd indeed when artists and ‘alternative’ venues mime the forms of the market, starting as ‘galleries’ under some supposedly fictional cover. The sole truly radical challenge to authorship was David Hammons’ contribution, a 1991 painting entitled RU Legal and attributed to Miles Davis, hung without any reference to Hammons whatsoever.

More political examples of collective practice seemed marginalized, though they resist the market (and the museum) in ways that Bernadette Corporation and Spaulings do not. Critical Art Ensemble’s Body of Evidence (2004) was shunted off into a hallway accessing the toilets; Deep Dish TV’s Shocking and Awful: A Grassroots Response to War and Occupation (2003–5) wasn’t working on two of my visits. Neither uses collectivity to destabilize authorship; their interventionist approaches turn more simply on working together to effect a political practice.

There were some suave hangings, including a Pop-nihilist run from Urs Fischer through Kenneth Anger and Jutta Koether (who looked more mediocre than ever) to Steven Parrino. Paintings by JP Munro and Marilyn Minter filled out the undercurrent of decadence, along with Francesco Vezzoli’s faux blockbuster Trailer for a Remake of Gore Vidal’s ‘Caligula’ (2005). Disquieting concealment was taken up in collages by Carter, Mark Grotjahn’s creamy paintings and Florian Maier-Aichen’s ‘adjusted’ landscape photographs. In Peter Doig’s paintings could be found that slippery, symbolist liminality, and in Troy Brauntauch’s conté crayon works the evanescent dusk of something slipping beyond our grasp.

But too much work settled for miming transgression, including a persistent fixation on the 1960s and 1970s that expressed itself by reusing that era and its sentiments without affect. Indeed, this is a point acknowledged by Kelley Walker’s Andy Warhol rehashes using 1963 race riot photos (Black Star Press (Rotated 90 Degrees), Black Press, Black Star, 2005), though why this is interesting is unclear. Similarly quaint in its insistence on the power of remade images was Richard Serra’s 2004 drawing of an Abu Ghraib hooded prisoner, annotated ‘Stop Bush’ in angry oil-stick. In certain cases, such as Josephine Meckseper’s film of recent anti-war protests, which have a Vietnam-era look, the vintage aesthetic establishes a meaningful parallel. Not so with di Suvero and Tiravanija’s Peace Tower (2006), a remake of the former’s Artists’ Tower for Peace (1966), bedecked with 300 panels contributed by various artists and students. For those suspicious of relational aesthetics’ relation to the political, the tower made clear how easily the relational form can be employed as a stand-in for engagement, allowing its practitioners to dodge the real thing while make political overtures. The remake is another kind of authorial death hiding in plain sight: artists ducking behind other artists’ work, but still taking authorial credit under the guise of collaborative homage.

Is there a way through this exhaustion? The artist/activist Gregg Bordowitz recently said that he is focusing on producing a different way of galvanizing sensation and effect. The biennial achieved this very successfully, but many of the individual works did not, leaving an undeserved impression of curatorial activism that instrumentalized the art. Perhaps what we need is a first-person voice, something we can be intimate with. Is true intimacy the last casualty of triumphant decadence? Without irony Ms Burlap romanced it as ‘a force as compelling, and unavoidable, as gravity’. That intimacy may be art’s most rehabilitating quality is hardly a new point, but these days it’s worth repeating. 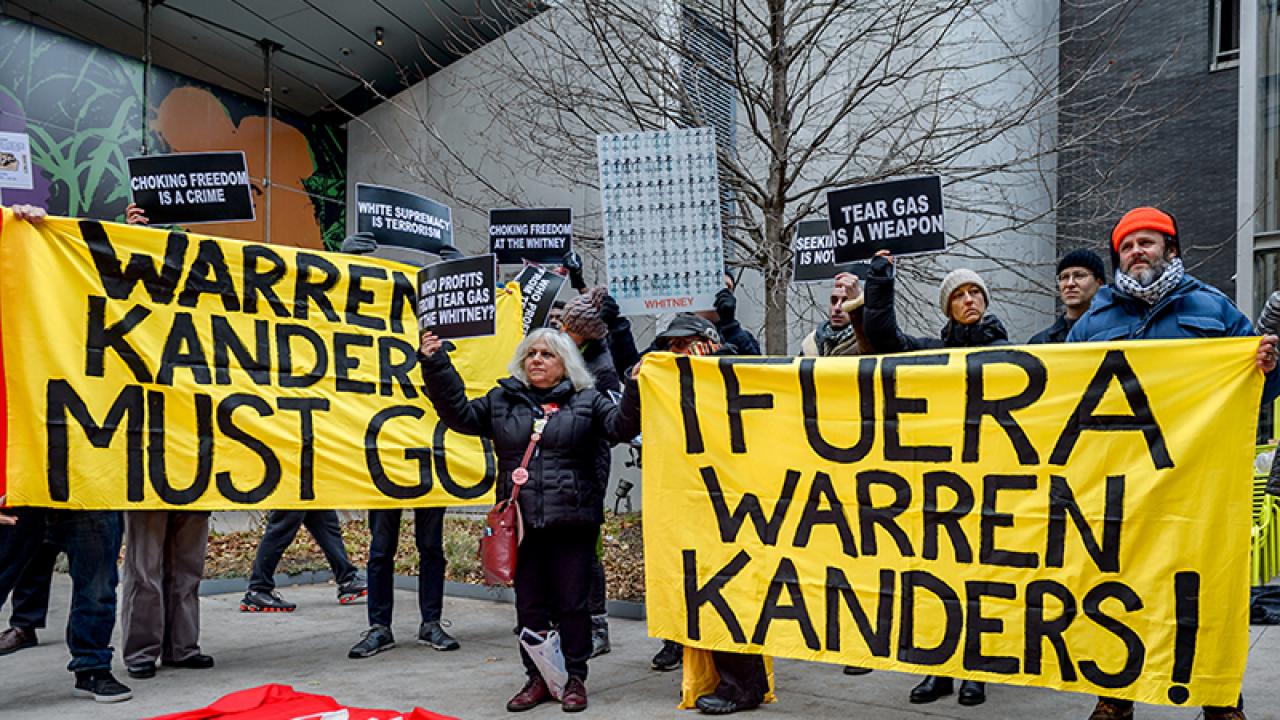 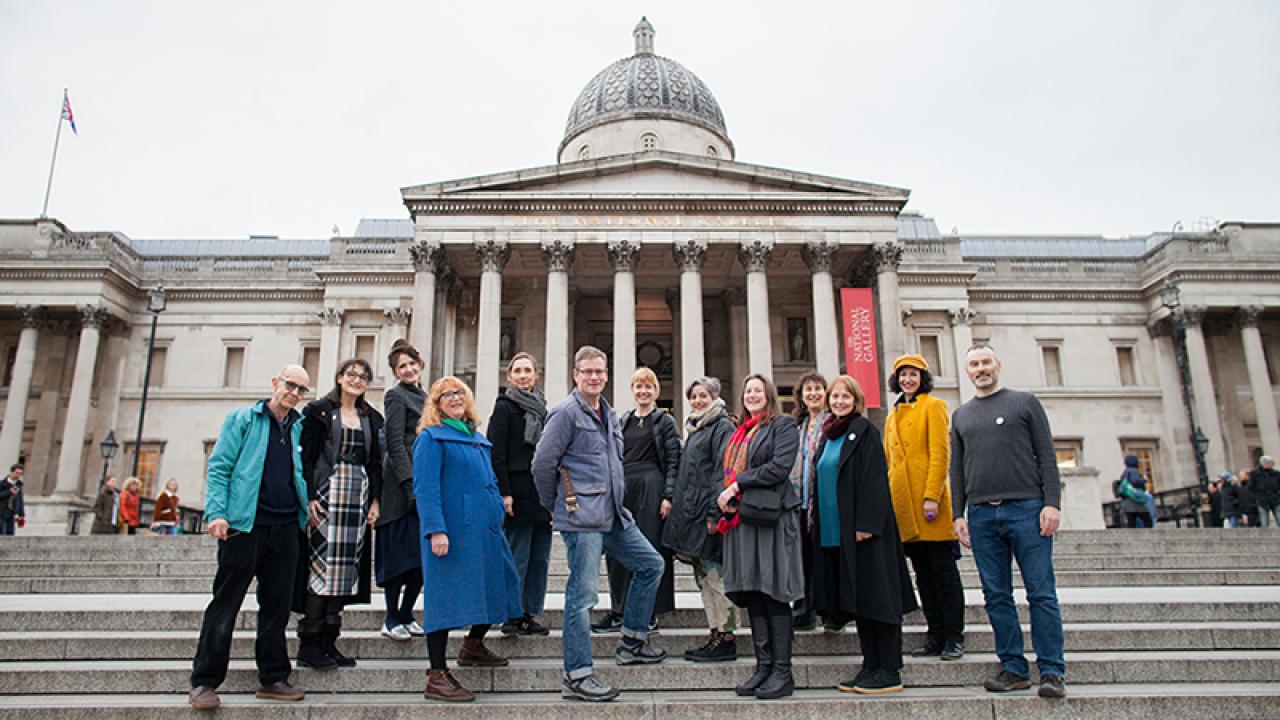 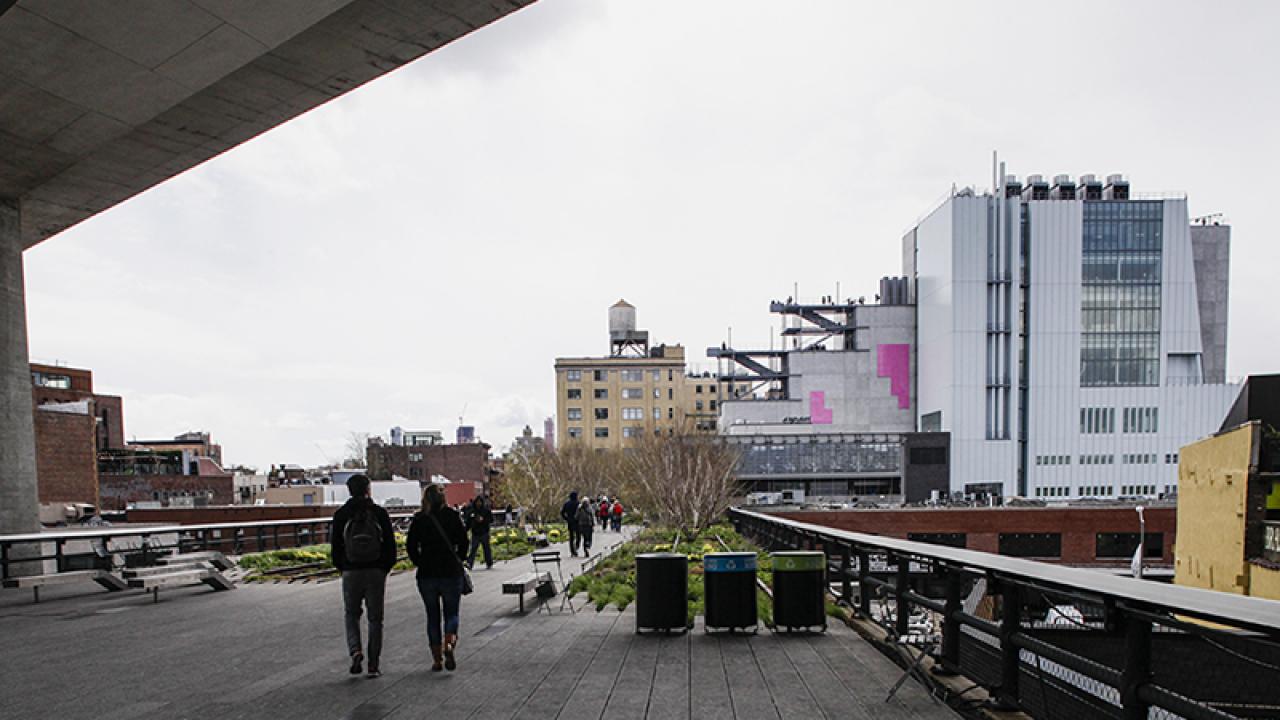