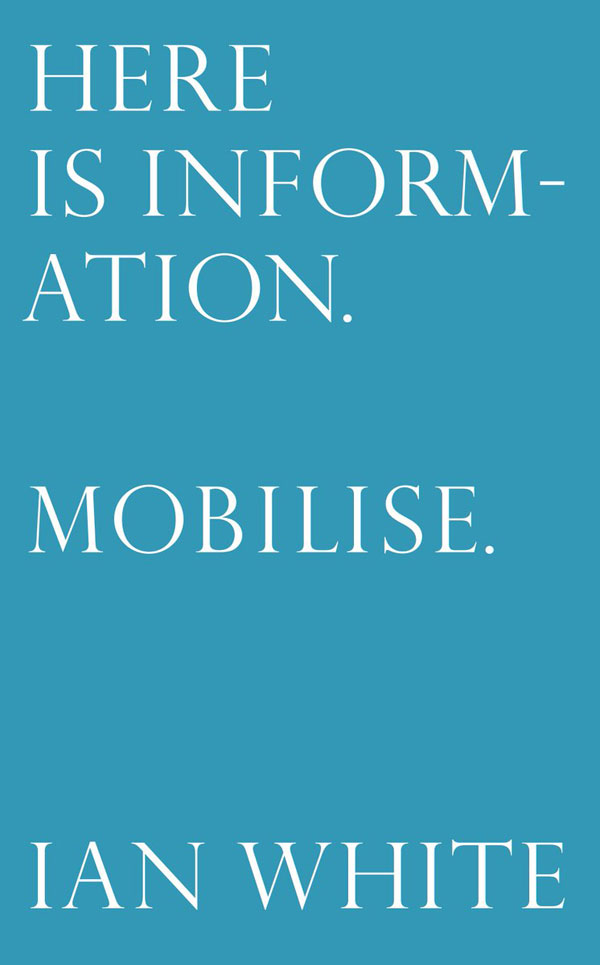 The title alone of the late Ian White’s selected writings could not be more timely. Brought together for the first time, these densely contoured texts suggest writing as a live process: the rolling out of ideas that don’t always like to lie flat. Beginning with questions about the nature of cinema and theatre, their scope expands to take in the very question of presence, of what White calls ‘liveness’. At the recent book launch, at the Showroom in London (inaugurated with an illuminating close-reading by Gregg Bordowitz), everyone remarked on the same thing – we never knew he wrote so much. These writings are agitations that require a mental reorientation on the part of the reader, calling for an response that matches the perspicacity of the ideas it lays out. As such it may provide necessary tools to think and act a way out of the debilitating toxic fallout of this debilitating post-Brexit, post-Trump purgatory.

‘A body is a false promise’ writes White in ‘Performer, Audience, Mirror’ (2010–11). ‘Live-ness (liveness) is not lifelikeness. Just because somebody is actually there, a body on a stage, is [not] a guarantee that what we are seeing is categorically live.” This fine calibration prises open a work such as Anne Imhof’s Angst, in which its own choreographed realness is pitched against the complicity of a viewing public co-opted as material. The works’ rapid cresting into super-visibility while ticking all the boxes of artworld credibility (the right curators, venues, prizes, dealers, collectors – now anointed with next year’s German Pavilion in Venice) is likewise incorporated into, or as, the work itself. The performances present the highly charged crystallisation of a moment, a conspicuous nowness, in all its dubious complicity. The impossible gorgeousness of these thin, young, pale bodies. The haughty nonchalance of their no-name sportswear. The arrogance of their blank-eyed, evacuated gestures. (From Mousse’s interview with Imhof: ‘[o]pera, like painting, has a long but also shady history. To use this, like the way I do, points to the authority of arrogance. I like that.’) Exclusivity is mobilized and becomes a defining condition. We witness in real time the hysterical mediatized trajectory of a trend rising from obscurity to success to quiver on the threshold of obsolescence (will drones in art be over by 2017?) In Imhof’s live works, these conditions are both realized and performed. They come into being only because of the mobilized appetite of its audience – performer, audience, mirror: exclusive, arrogant, complicit. 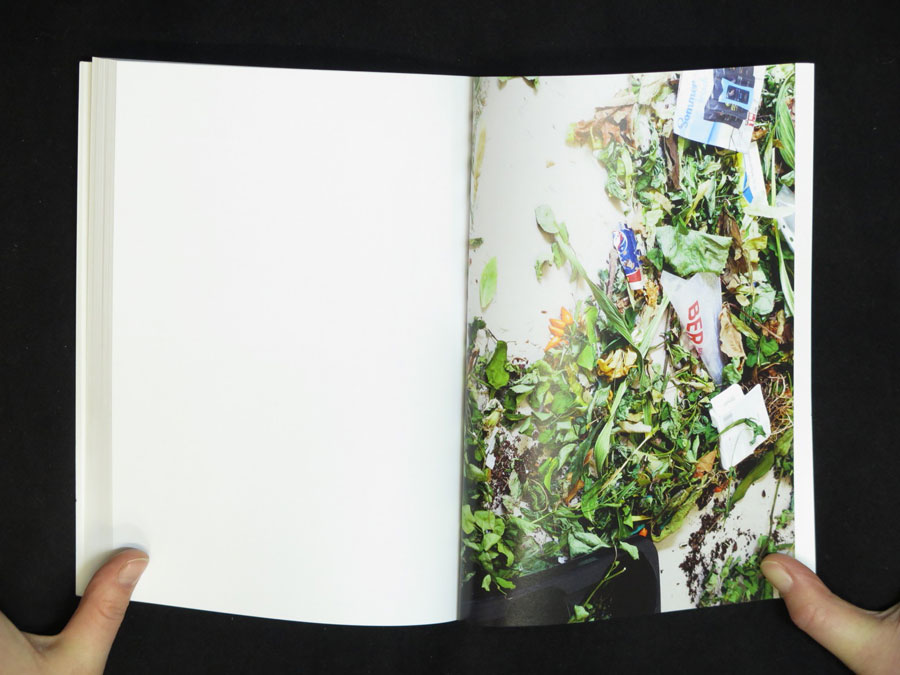 Jason Dodge, Ready to Get Bleeding

The book of a show made in passing, with a title borrowed from the poem CAConrad wrote for it. The exhibition itself, at the Institut d’art contemporain, Villeurbanne, titled Behind this machine anyone with a mind who cares can enter, appeared almost accidental, as if simply willed into being. A show composed of incident and contingency, as if glanced at from the corner of your eye. A series of square apertures with sliding metal grids, low down on the walls in a series of otherwise empty interconnecting rooms, created an enfilade for four-legged creatures and shifted the centre of focus down. Elsewhere, debris collected from years of Dodge’s travels was strewn on the floor, the particular things that get discarded: bottle tops, pieces of plastic, train tickets, empty bottles, announcements, coins, keys, a wooden crate of bells, fresh eggs lying in a bed of straw. The hoarder’s dubitable treasures transformed into a floor-bound composition of surprising nuance. In the book, Valentina Desideri’s ‘Notes on Reading’ proposes looking at art as an act of divination: ‘Everything matters, everything is matter and therefore can be read.’ Is this another kind of liveness? It is not about art and life, Dodge told me, it just is art and life.

Looking ahead to 2017, some good things are on the horizon:

• Jason Dodge’s curated show of the work of Ronald Jones, Kunst-Werke, Berlin, Spring 2017
• Anne Imhof’s inhabitation of the German Pavilion in Venice
• The continued impact of Ian White’s thinking and writing in the face of oppressive political realities. In one of his last blog posts, he considers an autumn leaf:

‘Look at the leaf. It is not dead as in nothing. It is yellow. Or red. Or even if it is brown it is still not no-colour. Look at the colour. The colour is real, it is something to do and it can be done. War is over IF YOU WANT IT. WANT IT. These are acts.’