Stuck out there at the end of an archipelago of decay, in those Ruritanian pavilions - the Magyar fantasy of the Hungarian, the colonial style of the British - in a parkland reached by boat, the journey as displacing as Dirk Bogarde's to the Lido with his make-up running, the Venice Biennale is a bit, wouldn't you say, unreal? It's not really very serious. It's a big romp. It's disorganized, chaotic, overstuffed and essentially pointless. The trouble is, I want something more from art.

I choose to blame the silliness of the Biennale - its excitable vacuousness - because otherwise it must be the art itself that is not waving but drowning in the lagoon. What shocked me about this Biennale, particularly in the curated Arsenale event, was the muggy lumpenness of it all and its lack of any cogent anti-formal radicalism. All that stretched through the infernal halls was what you might almost take as deliberate mediocrity, leavened by the comically bad. There seemed an absence of belief that art might actually have its own value, meaning, beauty or ugliness - that the work of art deserves its own place in the world. And if not here, where?

Our miserable historical moment weighs minds with responsibilities, or perceived responsibilities, that make art seem a paltry thing. But the 'politics' of the Biennale were vague, depressed. As Dirk's rather unhelpful friend shouts at him while he's having a nervous breakdown, art that is made rationally and virtuously is dead - it is nothing! However, this was a Biennale of good intentions. In the US Pavilion Fred Wilson even pointed out to us the fundamental malignity of 18th-century Venice, with its carnival delirium and Rococo wickedness propped up on slavery. Well, thanks for that.

Perhaps art doesn't matter; perhaps we don't need it; perhaps we've outgrown it. Art at the beginning of the 21st century has never been more popular, but the art consumed at museums and biennials is routine and rationalist. There is such a strong notion operating now of what contemporary art 'is', such a powerful system of assumptions, that the actual works - video especially - seem an afterthought, selected to fit a curatorial brief. The repetitive video side-chapels in the Arsenale seem to make this explicit: the art is interchangeable.

It's harder to blame curators for the national pavilions. And these showed signs of life - although one of the liveliest works, Martin Kippenberger's grid opening in the floor to an underworld of U-Bahns and an imaginary network, both parodying and resurrecting Joseph Beuys' Tram Stop (1977) conceived for the same German Pavilion, was by a dead man, teasing another dead man. Elsewhere total awfulness (the Australian Pavilion revealed that Ron Mueck has imitators) and awkward sincerity (a crucifixion observed by soccer spectators) competed with art that was good but not good enough. It all seemed a return to the conscientious art of several years ago, but this time (except in Fred Wilson's case) without the denunciatory energy. Politics makes good talk and seductive rhetoric, so it has slipped naturally into the language that surrounds, and currently chokes, art.

Two gold nuggets glinted in the shit. A Cy Twombly painting I will never forget, and - lo and behold! - something new and great. Glistening, shimmering, somehow alive in its horrible metallic glory, studded with coloured fragments, twinkling, a vast, rich, awful visual field; a cabinet of innumerable coloured pills, in a steel cabinet as epic as a Jackson Pollock, by Damien Hirst. It was beautiful and it was ugly, it was grand and it was cold. This was a work of art that was proud to be a work of art; it claimed no moral necessity. It was visually charismatic and hit you like a wall of ideas, communicating far more about our world than all the pictures of polluted Nordic rivers. It was nasty and industrial and anti-natural and poisonous. It was intoxicating and deadly and modern. Art excels at this amoral truth-telling. But that is exactly what the art world, like everyone else, is afraid of. We love our wholesome lies. 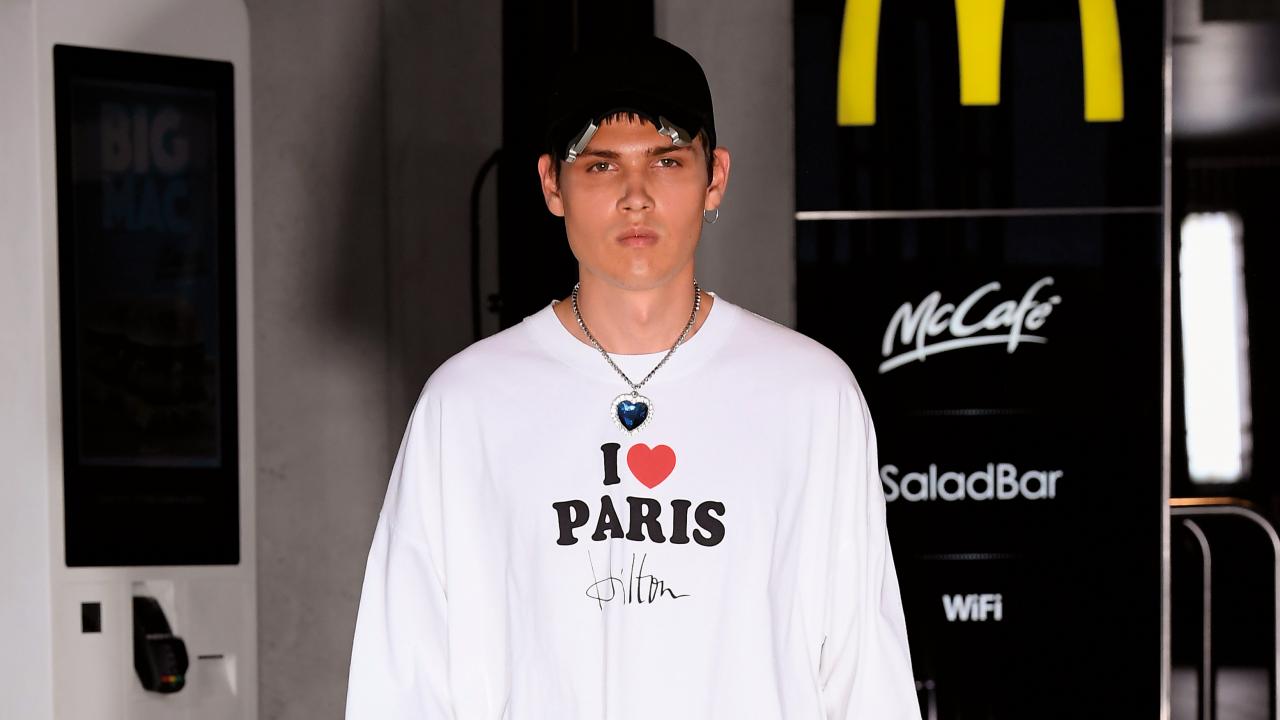 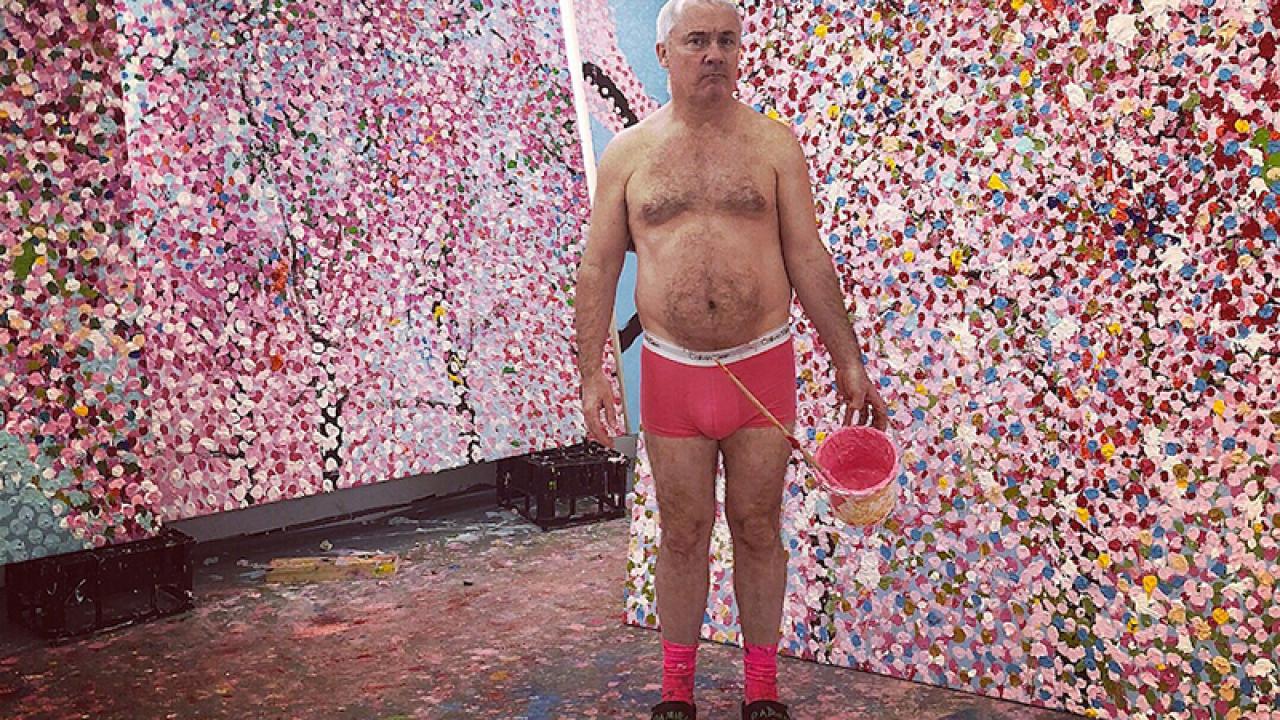 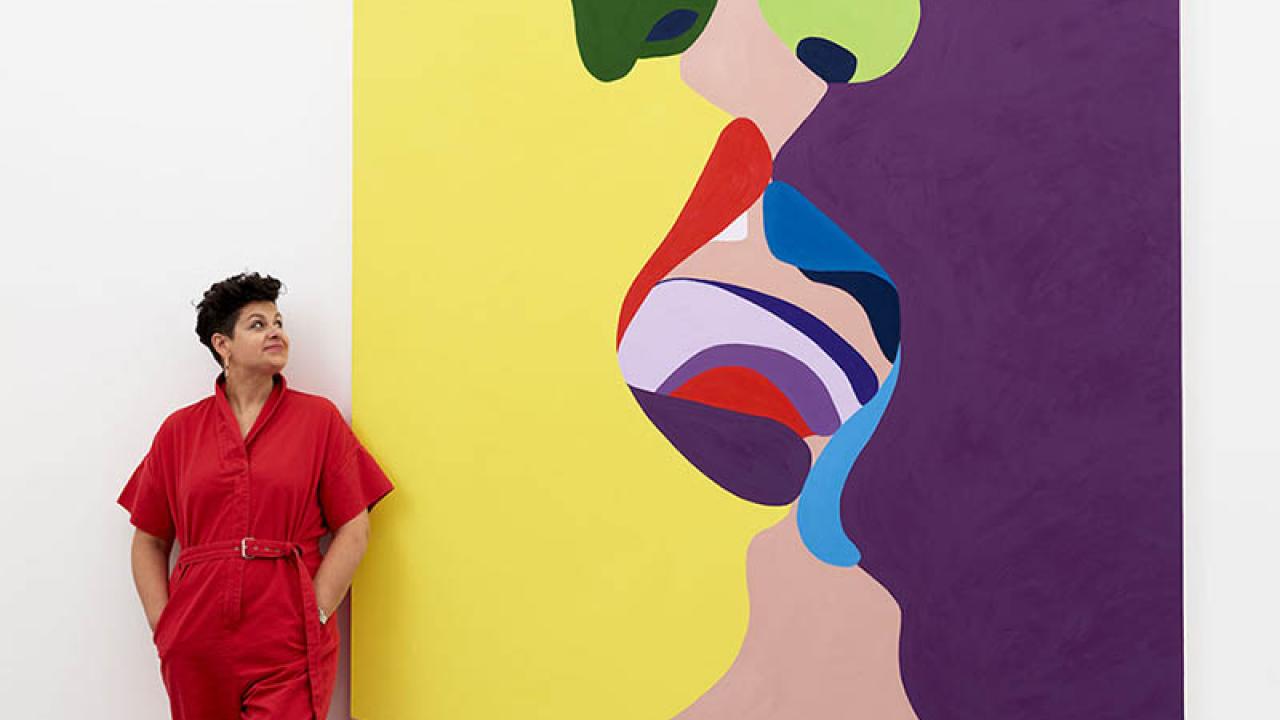 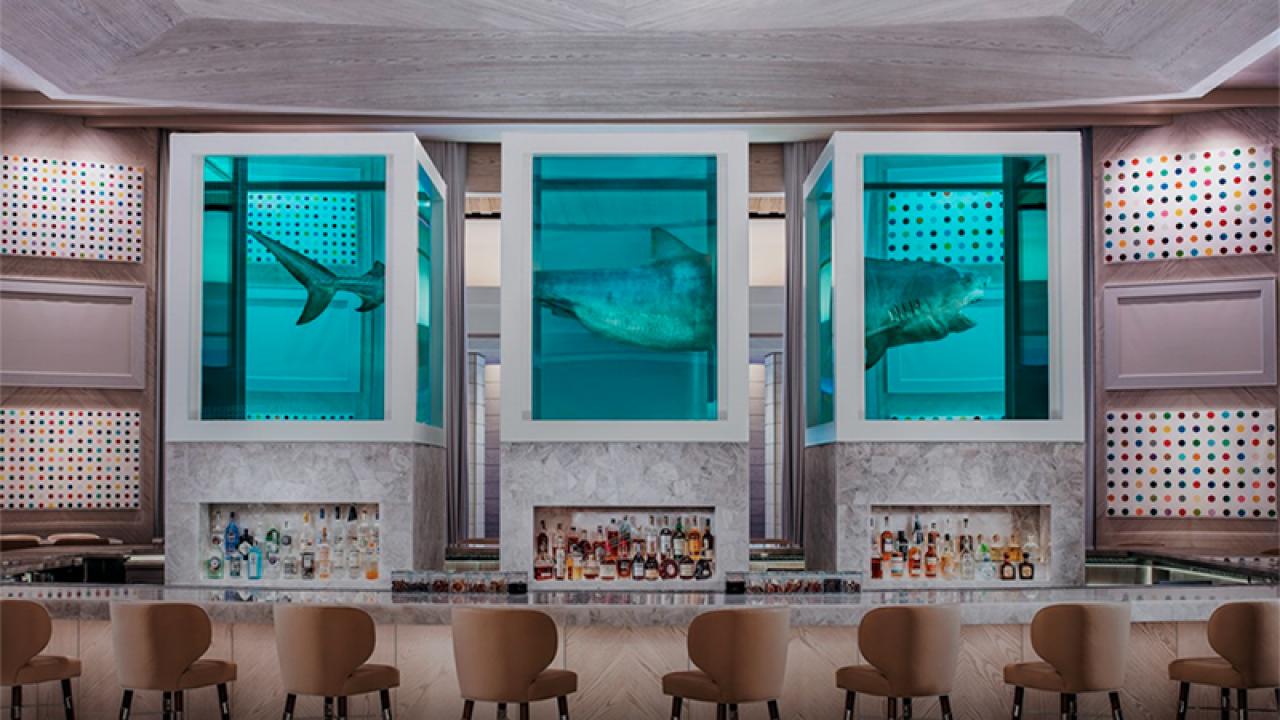 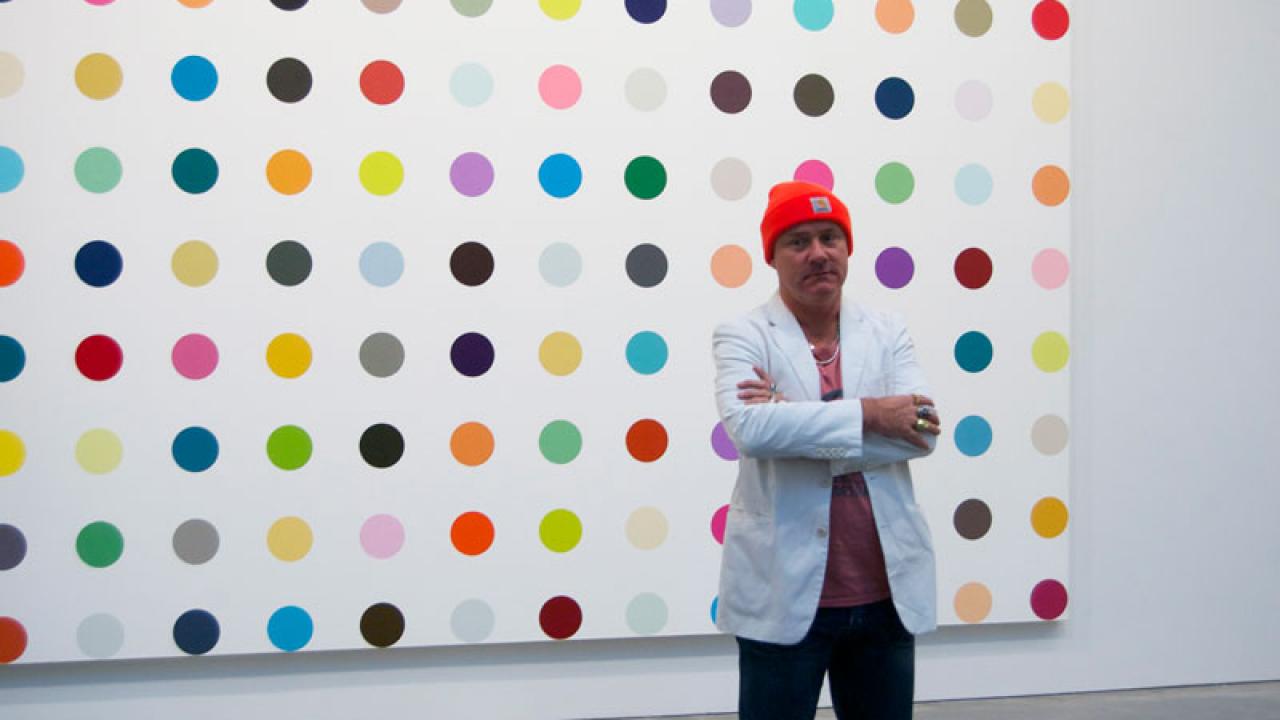 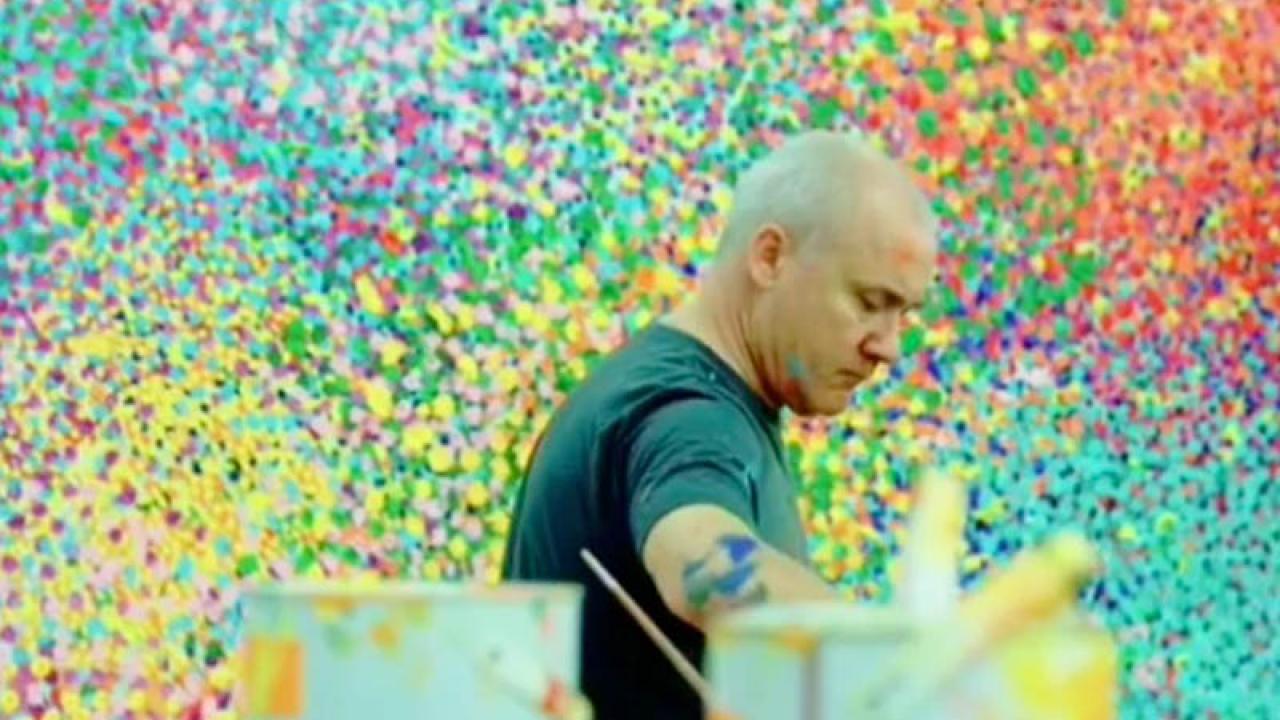 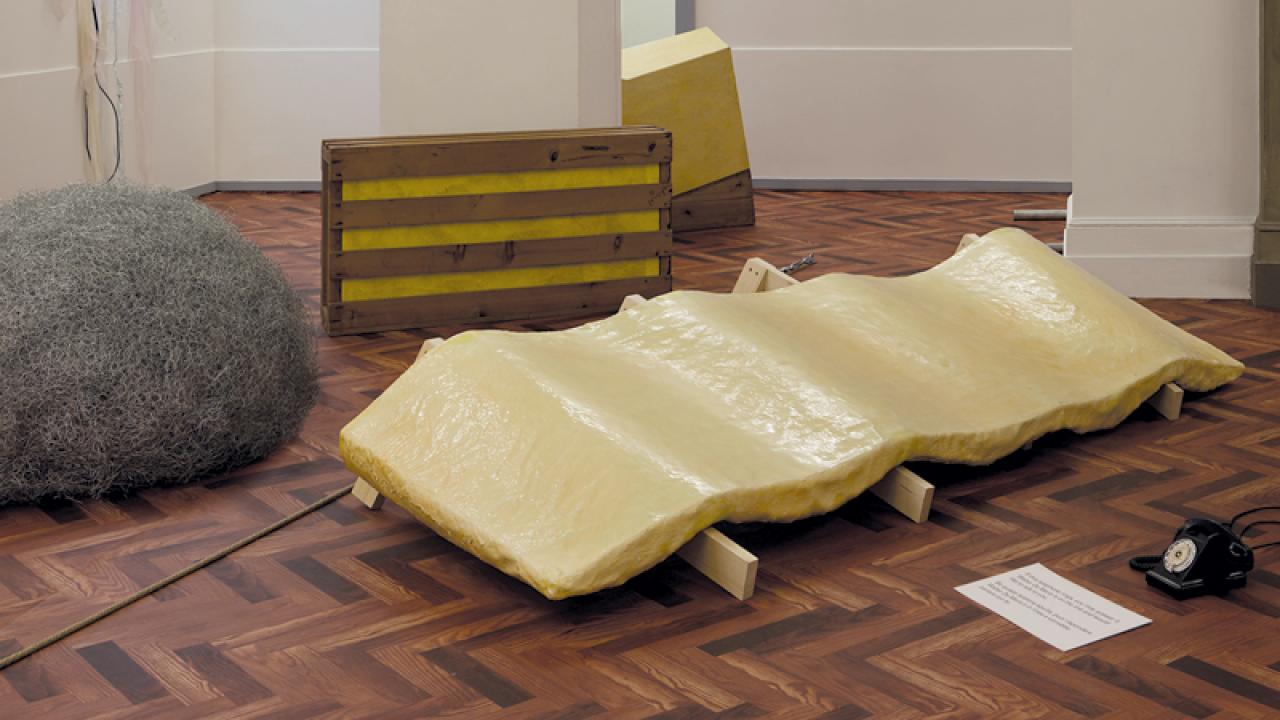