The 7 Best Exhibitions in the EU

With most European countries still in lockdown, the view from our own windows can be the closest we get to interacting with the outside world these days. Yet, while many museums and galleries remain closed, a wealth of digital programming – complemented by some creative installation solutions – mean we can still continue to enjoy that window onto another world, which art has always provided. Here is a round-up of some of Europe’s best shows.

In Haus der Kulturen der Welt’s series of online commissions, ‘CC: World’, the entire globe is invited to engage with a range of works by artists, writers and thinkers. Clock (2020), a video of Berlin-based choreographer Meg Stuart and her dance company moving beautifully on the iconic curved roof of HKW speaks to the difficulties of pursuing dance and performance practices during a pandemic. Elsewhere, Situation 11 (2020) – a video collage by author Claudia Rankine and filmmaker John Lucas – investigates the perilous ramifications of false accusations against Black men by white women. Another contributing artist is Hito Steyerl who, when asked by frieze what art is for, replied: ‘Ideally, to be accessed for free’ – a principle that ‘CC: World’ fully embraces.

It’s only been a day since museums in Italy were allowed to open again to the public, so the launch of Nathalie Du Pasquier’s exhibition at MACRO – the artist’s first Italian institutional show – has been the subject of great anticipation. Conceived as a Gesamtkunstwerk, the exhibition features more than 100 works, dating from the 1980s to the present day, in a dazzling confluence of colours, forms and patterns. In a feature from frieze issue 174, Du Pasquier talks about her influences and how her move to Milan shaped her practice: ‘Milan was the perfect place to discover the stylistic evolution of the 20th century, and to work out what it meant to be contemporary. I chose it because, compared with other Italian cities, it was not overwhelmed by the beauty of the past.’

Unfortunately, a reopening date for Wu Tsang’s excellent exhibition at Lafayette Anticipations is yet to be announced, but the online programme around the show is equally engaging. A beautifully filmed exhibition tour with French scholar Maboula Soumahoro, for instance, explores Tang’s recent work from the perspective of shifting cultural and historical mores. Another highlight is the roundtable Tsang set up with poet Fred Moten and his French translators, Mawena Yehouessi and Rosanna Puyol, in which they discuss their close collaboration as well as the difficulties of translating Moten’s poetry into French. In his review of the show, Wilson Tarbox sheds further light on the relationship between Tsang’s imagery and Moten’s words.

This year marks the 50th anniversary of the International Film Festival Rotterdam. While the festival was forced to move online with a more reduced programme than usual, the organizers came up with an idea to still have a physical presence in Rotterdam: ‘Tiger on the Loose’ is a series of outdoor screenings throughout the city, ranging from Charlie Chaplin films to videos by Belgian artist David Claerbout. Among the highlights of this year’s competition entries is Marwa Arsanios’s documentary Who Is Afraid of Ideology? Part 3: Micro Resistances (2020), which looks at the political and economic struggles faced by women around the globe.

Curated by Gloria Hasnay, Kunstverein München’s Schaufenster comprises two permanently accessible venues: a physical exhibition space, in the form of a window display at Munich’s Hofgarten, and a digital platform on the institution’s website. Currently on view is Carolyn Lazard’s video A Recipe for Disaster (2018), which draws on footage taken from the first subtitled US television programme: Julia Child’s cooking show The French Chef (1963–73). Over the course of 30 minutes, the viewers watch Child prepare an omelette, accompanied by both the original subtitles and additional captions by Lazard, which describe the chef’s actions. Dominating the field of perception, however, is a third, scrolling, manifesto-like text in yellow all-caps. As in other works, Lazard reflects on strategies of exclusion and inclusion. To find out more about the artist’s practice, read Simon Wu’s review of their latest show at Essex Street, New York.

Since it remains uncertain when museums and galleries in Germany will reopen, the Berlin-based exhibition platform INDEX has invited spaces with street-fronting windows to turn their lights on this Sunday, enabling the shows to be viewed from the outside: at BQ, for instance, you can currently admire works by Cathy Wilkes. In celebration of its 30th anniversary, KW Institute for Contemporary Art is revisiting some of its past artist commissions and has installed Susan Philipsz’s sound piece Rosa (2002) in its courtyard. The work is a hymn commemorating the German revolutionary Rosa Luxemburg and her partner Karl Liebknecht. On the other side of town, Hoda Tawakol’s exhibition, ‘Corps (In)visibles’, in the 20-metre vitrine of Institut Français, examines the relationship between humans and nature, as well as the roles attributed to women in society. Comprising a series of textile sculptures, a mural and a huge tapestry, this show is a true highlight.

It seems fitting that, during this pandemic year, in which time appears almost to have stood still, MKM Museum Küppersmühle für Moderne Kunst has organized a retrospective of the work of Hanne Darboven, an artist whose practice explored temporality and flux. Although the show remains unable to open to the public, it has launched virtually with online, curator-led exhibition tours and a filmed visit to Darboven’s studio, which offers great insight into her working practice. As Ina Blom notes in a feature about Darboven in frieze issue 109: ‘Her work explores […] the time-machines of modern media – their way of making existence itself productive.’ 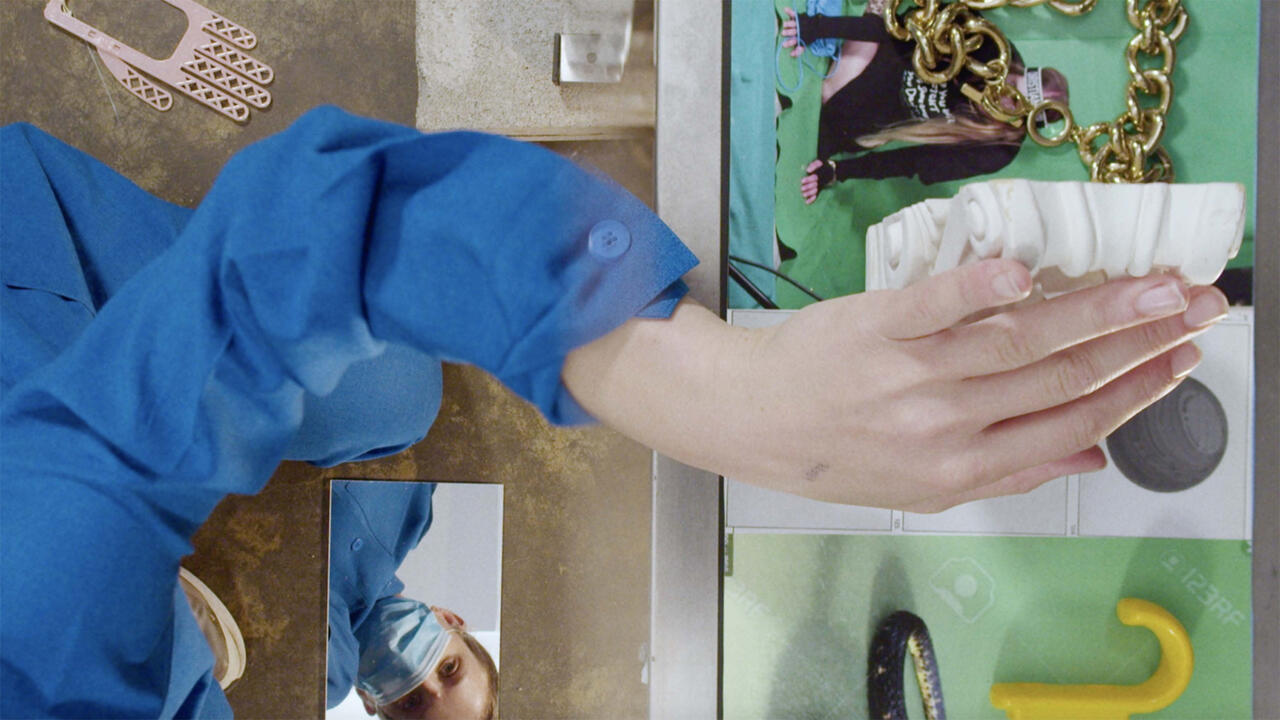 Film , Opinion
The Gains and Losses of Online Film Festivals