‘It’s 3am and something is happening in the world […] There’s a phone in the White House, and it’s ringing.’ So began the narration of a recent television advertisement for Hillary Clinton’s presidential campaign, unleashing a flurry of discussion about the White House telephone and the candidate best suited to answer it in case of a global emergency. The folklore of the White House ‘red phone’ was, in fact, first exploited during the 1984 presidential campaign, when it represented the tenuous hotline between Washington and Moscow. It’s telling that the Clinton campaign was so eager to revive this anachronistic symbol: though Barack Obama accused Clinton of exploiting ‘the politics of fear’, Clinton had in fact tapped into a deep-seated American fantasy about the backstage operations of the United States government and its national security apparatus, at a time when that backstage is probably more expansive and dimly lit than ever. Americans, apparently, are still intrigued by the ‘red phone’ as a potent symbol of national secrets and the intricate bureaucracy hidden behind them. The country operates not only on freedom and transparency, but also on things that are unseen and unknown to most of us. Perhaps that’s what makes Taryn Simon’s 2007 publication of her photographic series ‘An American Index of the Hidden and Unfamiliar’ so timely and appealing. Leaving behind the representational modes that used to characterize the country – the inherent optimism of Life magazine editorials or the meandering road trips of Walker Evans or Stephen Shore – Simon’s 64 images and accompanying captions penetrate places in the USA few have seen but many suspect must exist, and some places so obscure we’ve never even dreamed of them: like the Missile Control Center on the nuclear submarine USS Nevada – a claustrophobic, 1970s’-era control room dominated by a panel of large buttons, knobs and antiquated monitors. From Simon’s detailed caption we learn that the officer seated at the control panel can pull the trigger only after ‘opening a series of locked boxes’, the keys for which are kept in multiple safes, for which the combinations must be ‘called in’: ‘When the Fire Control Panel indicates “FIRE”, he pulls the trigger which ignites the gas generator and ejects the missile from its tube.’ This is the kind of Cold War-era intrigue that Salman Rushdie, in his foreword to Simon’s publication, calls ‘occult glamour’; and it is this occult glamour that Simon seizes in her meticulously composed photographs taken with a 4x5 camera, heightening their conspiratorial intrigue with encyclopaedic, matter-of-fact captions. In addition, Simon cultivates her own brand of glamour: an element Rushdie identifies as her ‘powers of persuasion’, which must play a part in the arduous, unfathomable process by which she gained access to all these places. As a young woman of 33, Simon cuts an unlikely figure for someone who has stepped over the boundaries of Plum Island Animal Disease Center in Long Island and photographed exploding warheads on Florida’s Eglin Air Force Base with her camera’s shutter hooked up to the trigger. I remember reading that Joan Didion, as a young journalist, would sit by the phone in her hotel room when researching her stories, trying to muster the courage to call her sources; but Simon doesn’t seem crippled by any of the same fears of making contact. Working with a rotating team of producers, she spent four years researching the sites for her project on the Internet and fitting them into pre-determined categories: ‘religion’, ‘nature’, ‘science’, ‘government’, ‘security’ and ‘entertainment’. She wrote countless emails and made endless follow-up phone calls to obtain permission to take her photographic equipment inside notoriously restricted spaces such as the Church of Scientology Celebrity Centre in Hollywood and the CIA Original Headquarters Building in Langley, Virginia. She didn’t crawl under fences: doors were opened for her. (She attributes some of her success to the initial permission of Army and Homeland Security, which helped her gain access to certain government sites. She is also the first to admit that her status as a young woman made her seem to be a less threatening breach of security.) In interviews, Simon makes her process sound bureaucratic and banal, admitting that it’s ‘extremely calculated’. Yet the long paper trail that leads to the realization of the photographs, raising the issue of how Simon managed to access those locations, casts its own seductive spell.

The density of information in the captions that accompany Simon's photographs opens each work up again, like unlocking a Pandora's box.

Simon's work forms an inventory of the fading patriotic fantasies of the USA, of places that look so locked in time that they are dream crushing.

It’s common to think that the darkest secrets are those that are hidden from view or can never be seen or represented, but that is not necessarily always true, and some of Simon’s photographs may be trying too hard to seduce us into believing it. According to the artist: ‘The work is not meant to be didactic at all; if anything, it should lead to more confusion.’ But in some instances, her objectives seem so easily encapsulated in one photograph and her grip on the background information so tight, that we have little chance to think otherwise. We can’t know if she’s telling the truth, but we trust the privileged access she’s been given. This might be why the pictures seem to sit so uncomfortably on the walls of a museum, or even on the pages of a contemporary art magazine. They aren’t obvious fictions, nor do they fit the mould of photojournalism. Taken together, they create the impression that everything has been thoroughly, even overly, prepared for her viewers. However, Simon is so well-versed in the history of photography – effortlessly gathering references from Andreas Gursky, Thomas Struth, Joel Sternfeld and the Center for Land Use Interpretation without mimicking or imitating any of them – that she even sidesteps the potential pitfalls of her project in the eyes of an art audience. For all the unwelcome surprises ‘An American Index…’ reveals about the USA, as an American I can’t help feeling a twinge of patriotism looking at it; after all, these are some of the places where the American Dream is made – places that represent, or once represented, our country’s ethnic diversity, freedom of religion, and scientific advances, like the ‘cloud-seeding’ aircraft that can actually change the weather or the telescope at the Kitt Peak National Observatory which can photograph the ‘Pac-Man’ Nebula 9,500 light years away. Simon’s subjects also play into the tradition of movies from my childhood (and presumably hers too) such as War Games (1983), Top Gun (1986) or The Hunt for Red October (1990) – finger-on-the-trigger thrillers born in and left over from the Cold War. An image of the members of The Western Hemisphere Institute for Security Cooperation can elicit the same breathless feeling I get when I see Jack Bauer interrogating a suspected traitor on 24 (2001–ongoing). Simon keeps an inventory of our fading patriotic fantasies, places that she admits looked so ‘locked in time’ they were ‘dream crushing’: the NASA Beach House – built in 1962 to accommodate the families of astronauts quarantined before launch – which we never got to glimpse when we watched the shuttle taking off on television in school; the underground basketball court in the thermonuclear bunker at the Cheyenne Mountain Directorate, which has something in common with the absurd banality of the red phone. These places do hold secrets, but Simon’s photographs humanize them. Freedom’s opposite may be lurking behind closed doors, but this also where the fiction of the American Dream is being constantly resuscitated. The red phone will have to remain the stuff of folklore, however, as the White House was one of the few places that patently refused to grant Simon any access. But a little of my own research unearthed a question-and-answer session on the White House official website that asserts: ‘There is no red phone in the Oval Office’. It doesn’t mention whether there might be one hidden somewhere else. 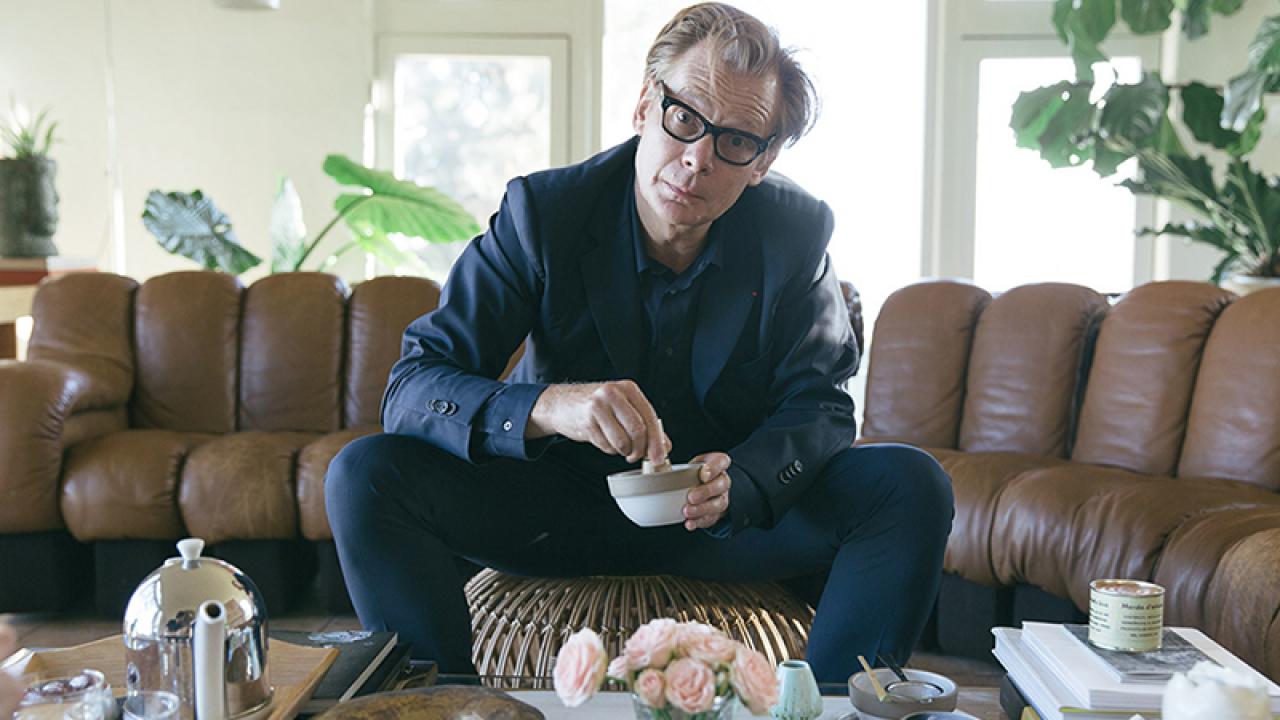 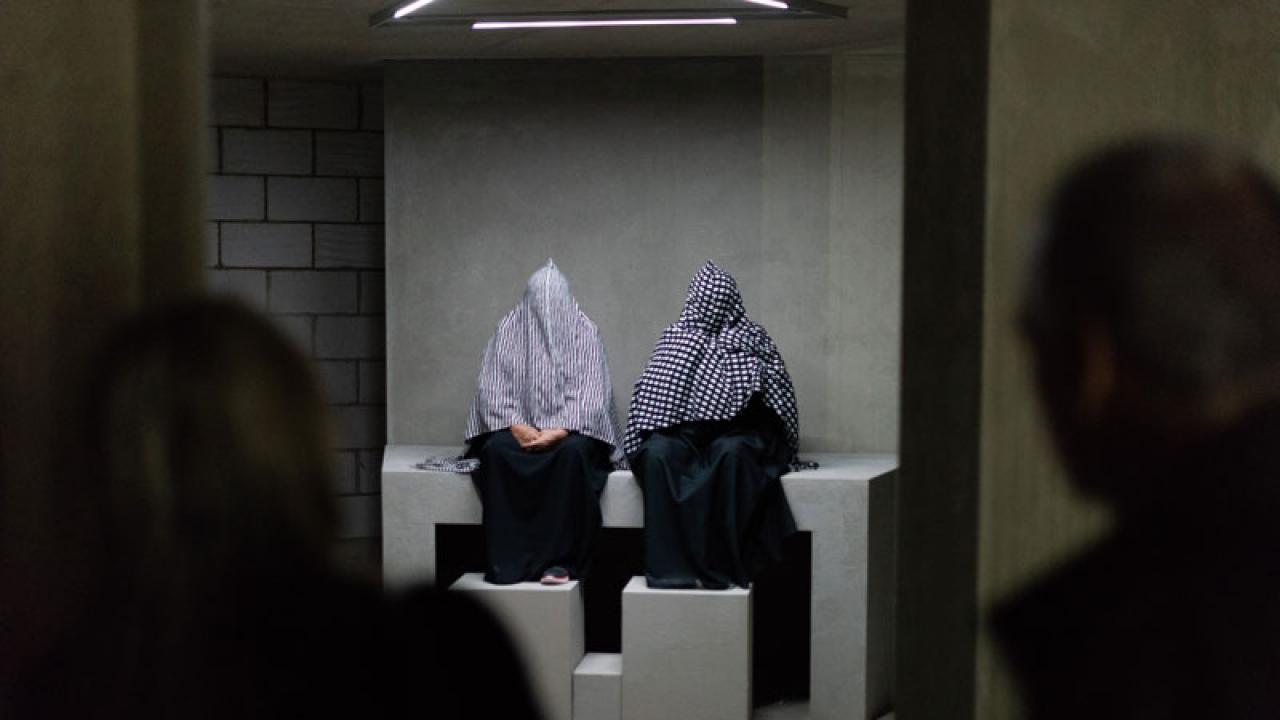 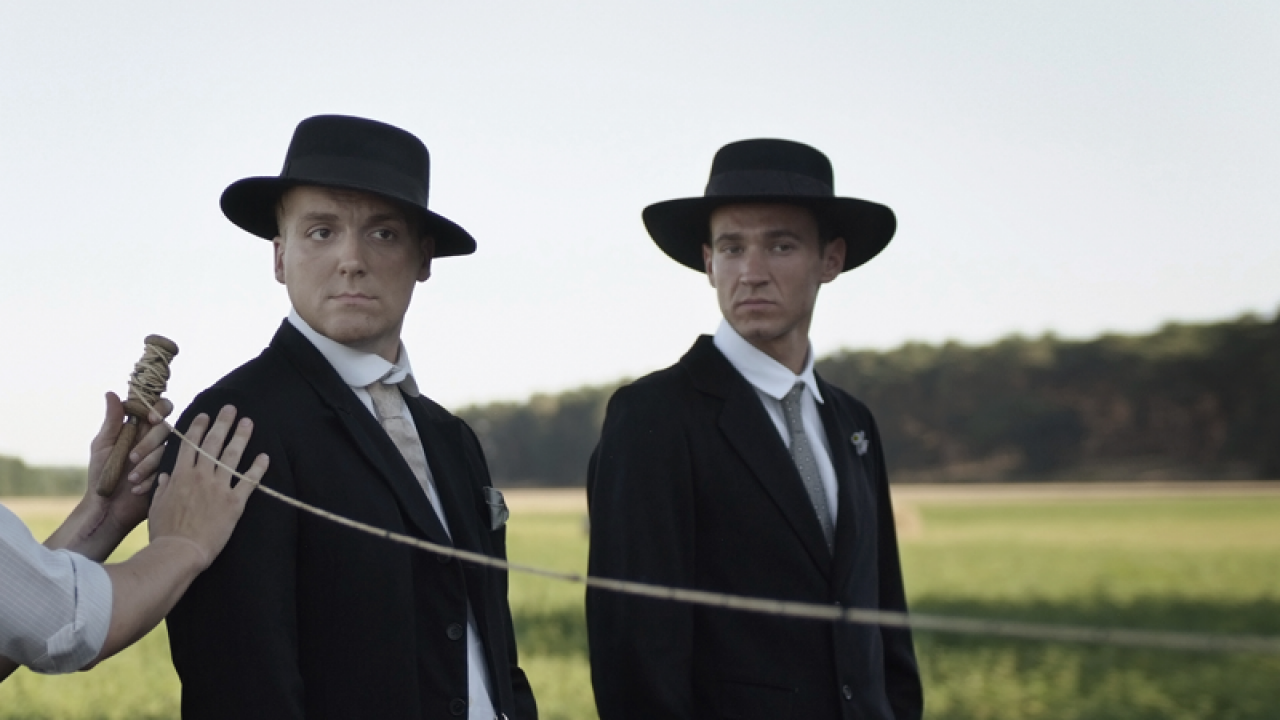