‘1 (202) 464 1414. Call the White House. Tell Bush We’re Not All Dead Yet.’ If one object in the exhibition ‘ACT UP New York: Activism, Art, and the AIDS Crisis, 1987–1993’ summed up its various images, utterances and artefacts, it was the poster bearing these words. With an economy of text, it combines the rhetorical cocktail for which the activist group AIDS Coalition to Unleash Power (ACT UP) left its mark on the history of protest and aesthetics alike: irony and engagement, anger and initiative. It reminded me of an anecdote from the annals of AIDS history about the famed Larry Kramer, who relentlessly berated New York Mayor Ed Koch for his two years of inaction, and for the misinformation and terror to which his reticence had contributed. Koch – who, after his tenure as mayor, coincidentally moved into the same Fifth Avenue building as Kramer – successfully obtained a restraining order. Encountering Koch one morning in the building’s mailroom, Kramer turned to his dog and said, ‘Look Molly, there’s the man that killed so many of daddy’s friends.’

This incident, too, constituted an instance of AIDS activism – barbed, sardonic, ad hominem. Along with Governor Mario Cuomo, Cardinal John O’Connor and then-President Ronald Reagan, Koch was a recurrent target for ACT UP’s numerous interventions, both visual and verbal – many of them visible in the Carpenter Center for the Visual Arts’ upper galleries, recorded on video and on posters. Several of these interventions reveal a familiar strain of gallows humour crossed with street smarts. ‘Men: Use Condoms or Beat It’, reads one sign (by the Gran Fury collective) featuring a rearing penis; ‘Know Your Scumbags: This One Prevents AIDS’, reads another, placing Cardinal O’Connor’s mitred head next to a similarly-shaped condom. Stickers that read ‘AIDS Profiteer’ were printed and affixed like scarlet letters of denunciation. To be sure, aesthetic (and even activist) responses to AIDS were not without their solemnity. The slogan ‘Silence = Death’, which served as ACT UP’s motto and features in Gran Fury’s 1987 neon sign (reproduced for the exhibition), was as much a memorial as a call to action. Still, curators Helen Molesworth and Claire Grace were faced with a quandary not often relevant to museum exhibitions. What of the individuals involved with these objects – with their making, display and distribution? Bodies waving these posters and distributing pamphlets; bodies carrying out ACT UP’s ‘Days of Action’, which entailed massive, public kiss-ins, die-ins and the physical occupation of the New York Stock Exchange, hospitals and City Hall; bodies ill and healthy, strident and silent?

The first gallery’s installation of numerous, videotaped testimonies by a range of figures involved with ACT UP admirably met this predicament. These interviews comprise a kaleidoscopic oral history of the AIDS crisis as it was lived in New York City. Personal accounts by dozens of individuals (including 104 minutes from Kramer himself) touch upon every aspect of the disease, from its early outbreak to the mounting networks of activism that sought to stem its tide and educate the public. Relations with the police, protests for clinical trials and treatment, ACT UP’s influence on New Queer Cinema and theory, the exponential flowering of activist groups across the country – these are recalled and discussed with candour. The proliferation of monitors at a range of different angles allowed oblique views of different screens, different faces at various angles, audible only upon lifting the monitor’s earphones and listening. This combination of testimony and silence afforded a history at once present and absent, embodied but not entirely so. The presence of so many women in these videos speaks not only to the prominent role of women (particularly lesbians) in AIDS activism, but also to the death of so many of their male counterparts. This, too, was not made explicit in the exhibition; instead, it formed one of its manifest, melancholic truths.

Along with television material compiled by DIVA TV (Damned Interfering Video Activists) and Jim Hubbard, the upper galleries contained original posters and pamphlets. The presence of original mock-ups for some emblematic, striking ACT UP posters – with their cut-and-paste montages – look more like quaint relics of a Modernist past than recent graphic design. Some of the posters availed themselves of (neo-)avant-garde strategies, particularly that of appropriation. ‘Enjoy… AZT’ reads Vincent Cagliostro’s play – via the iconic Coca-Cola advertisement – on the lack of AIDS treatment. Another image features a smirking Reagan next to a bright orange target, along with the text, ‘He Kills Me.’ Various fake 100-dollar bills – printed by ACT UP and distributed at rallies – evoke the contemporary practices of Barbara Kruger, or the truisms of Jenny Holzer: ‘Why Are We Here? Because Your Malignant Neglect Kills.’ But the metaphorical and semiotic play of Pop or Jasper Johns or Kruger is rendered not just deadpan, but also deadly literal. Activism can only inhabit the parentheses afforded by irony for a brief instant. Reagan – as the show’s timeline importantly noted – failed to utter publicly the word ‘AIDS’ for the first six years of his eight-year presidency. What now seems like a largely existential reflection, the slogan ‘Silence = Death’, was, in the mid-1980s, a matter of fact: governmental and institutional silence really was leading to the daily death and infection of thousands of individuals.

Formed in 1987, ACT UP is still operational, and defines itself as ‘a diverse, non-partisan group of individuals united in anger and committed to direct action to end the AIDS crisis.’ Why, we might ask, did the exhibition stop at 1993, especially if – as one still-relevant ACT UP slogan from 1988 has it – ‘The AIDS Crisis Is Not Over’? Indeed, that line rings as true now as when the artist Little Elvis featured it in his designs two decades ago – even if AIDS has largely retreated to the outer boroughs and lower classes and farther-flung continents; even if Little Elvis’ crack-and-peel stickers have receded from view like the Karposi’s sarcoma – the tumour which once made AIDS a nightmare in plain sight. A combination of factors in the early 1990s changed the landscape of AIDS in America, chief among them the increased prevalence of life-saving drug cocktails, and (to a lesser extent) the election of President Bill Clinton. But even in the United States it remains an insidious killer, especially among urban populations of colour. The fact that the Obama administration currently decided to roll back funding for AIDS treatment – even that advocated by George W. Bush – evinces an irony worthy of one of ACT UP’s most mordant interventions.

An interview with Sarah Schulman 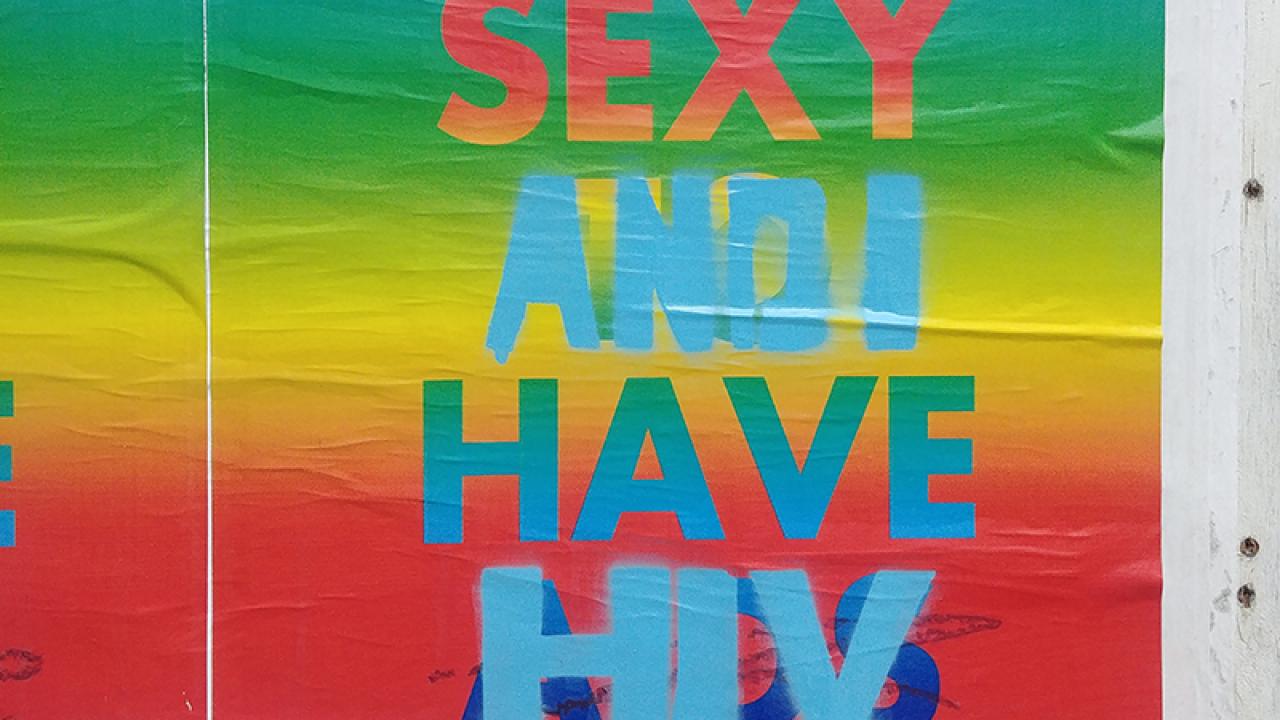 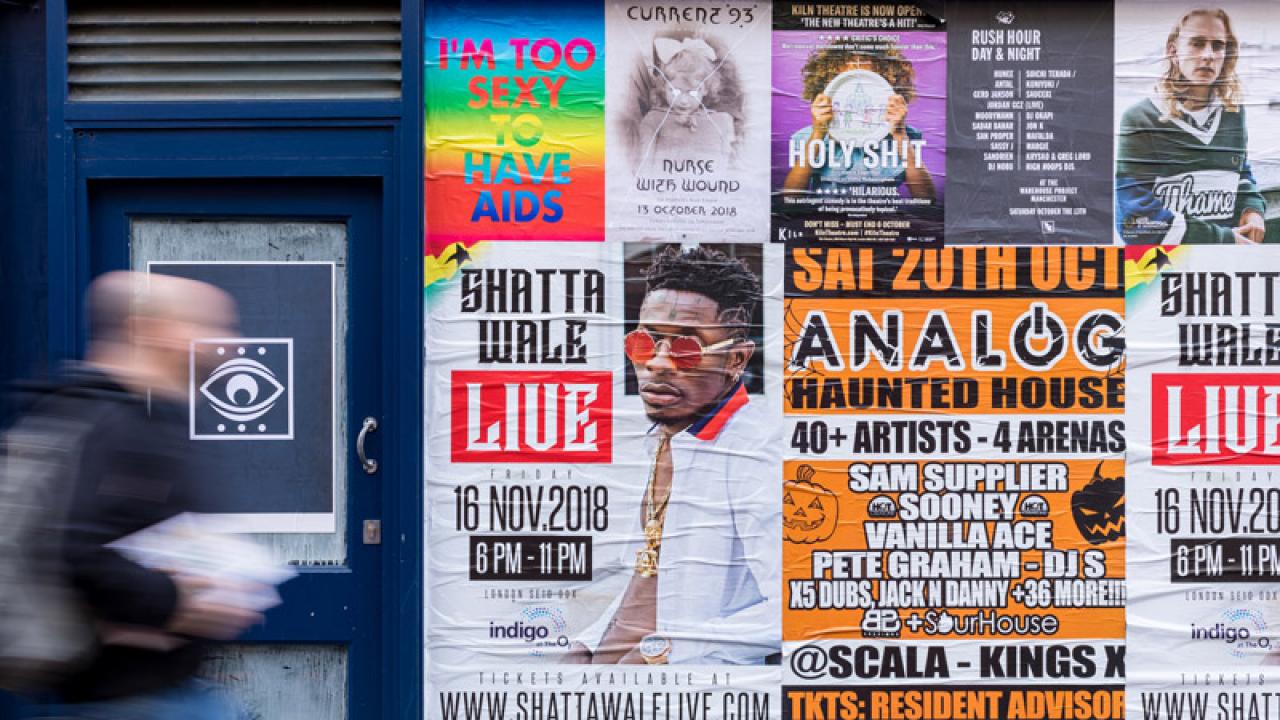