Five years before the opening of the rail causeway in 1846, a 22-year-old John Ruskin set off for Venice by boat from Mestre, allowing him to indulge in a ‘noble landscape of approach’ that was soon to be eclipsed by rail travel – and, later, by car, bus, mall-sized boat and budget aeroplane. I opted for a bicycle, entering Venice via the backdoor: from San Donà di Piave (where two West African men at the train station spoke of abandoned wives and sick elders, and where a pedal or two out of town yet more African migrants sleep rough in the thick brush flanking the Piave River) to Punta Sabbioni. It was a sobering prelude to a jubilant party that saw six African states host national pavilions, one of them, Angola, a first-time exhibitor, winning the Golden Lion for best pavilion.

Curated by Paula Nascimento and Stefano Rabolli Pansera, ‘Luanda, Encyclopedic City’ occupies two floors of the Palazzo Cini near Accademia Bridge and is principally devoted to photographer Edson Chagas. The display comprises 23 mass-produced poster prints of doorways and discarded objects from Luanda juxtaposed with paintings and craft objects from the early Italian renaissance. ‘The transformative nature of space’, wrote Rabolli Pansera in the introduction to a book summarizing his peripatetic architectural experiments with space, Beyond Entropy (2012), ‘requires adopting a “logic of invention” that is opposed to the logics of identity and self-containment that are used for fixed and immutable forms.’

This relational attitude to space, one that is responsive to context and not overly concerned with diplomacy and reifying otherness, was missing in the Ivorian, South African and Zimbabwean Pavilions. Intriguingly, Chagas’s photographs of anonymous Luanda share a formal and conceptual affinity with those of Franck Abd-Bakar Fanny, one of four Ivorian artists selected by curator Yacouba Konaté for his country’s pavilion, ‘Traces and Signs’. Like Brassaï in Paris between the wars, both Chagas and Abd-Bakar Fanny use their cameras to describe the unvarnished texture of urban space, one in which the human subject is largely implied, not figured.

Exploring notions of the archive, curator Brenton Maart has filled the South African Pavilion to capacity with an eclectic sampling of painting, photography, collage, drawing, sculpture and video – from Zanele Muholi’s photographic portraits of black lesbians, ‘Faces & Phases’ (2006–ongoing), to Cameron Platter’s pencil-drawn satirical homage to the Namibian linocut printmaker, John Muafangejo. It is an efficient if largely unremarkable survey, though one that was salvaged for me by Athi-Patra Ruga’s performance as Ivy, a ‘versatile queen’ from the Kingdom of Azania, outside the Basilica di Santa Maria Gloriosa dei Frari. After tottering around the outside of the church in heels and a balloon dress, flanked by four masked accomplices, the group boarded a boat and cruised the Grand Canal, a recording in English and Italian narrating the queen’s fake biography.

Raphael Chikukwa’s repeat turn as curator of the Zimbabwe Pavilion ensured continuity and stability, if few highlights. A room juxtaposing Michele Mathison’s Landscape (2013), an installation of burnt tree stumps, against a black painting by Rashid Jogee (from his ‘Dohdziro’ series, 2013), pithily dramatizes Chikukwa’s theme of faith while also describing Zimbabwe’s political slide into ruin. Elsewhere, in the Giardini, a single tree – a felled and bandaged elm – was the focal point of Belgian sculptor Berlinde De Bruyckere’s national presentation. The daughter of a Ghent butcher, De Bruyckere nominated South African-born novelist J.M. Coetzee, a vegetarian, as her curator. It was largely symbolic. The pair did, however, jointly edit a book, We Are All Flesh (2012), which juxtaposes photographs of the sculptor’s previous work with excerpts of the Adelaide-based author’s later writings. The first entry, a fragment from Coetzee’s 1990 novel Age of Iron, reads like a contrarian’s observation on Germano Celant’s restaging of ‘When Attitudes Become Form’, at the Prada Foundation: ‘Two metres down into the earth they went, bringing up mouldering brick, rusty iron, even a solitary horseshoe.’ It felt a bit like that navigating this protestant homage but intriguing research exhibition. To its credit, though, it recovered Roelof Louw’s place as a contributor to an under-documented part of Harald Szeemann’s show, which was originally installed in the Schulwarte, a school building adjacent to the Kunsthalle Bern, where work related to the main exhibition was displayed.

Unlike Louw – an influential sculptor and teacher in 1960s London, who is largely overlooked in his native Cape Town – Papa Ibra Tall, the Senegalese painter who returned to Dakar from Paris in 1960 to teach ‘black plastic arts’ and extend the remit of the Négritude idea, is a decisive figure in his country. His gaudy and sinuous acrylic abstractions, a sampling of which appears in ‘The Encyclopedic Palace’, were compelled by a desire ‘to create something autonomous, belonging and reflecting just us’. It remains a work-in-progress idea, one that Venice is slowly warming to, even if the train stations and bushes along the Piave River tell a different story. 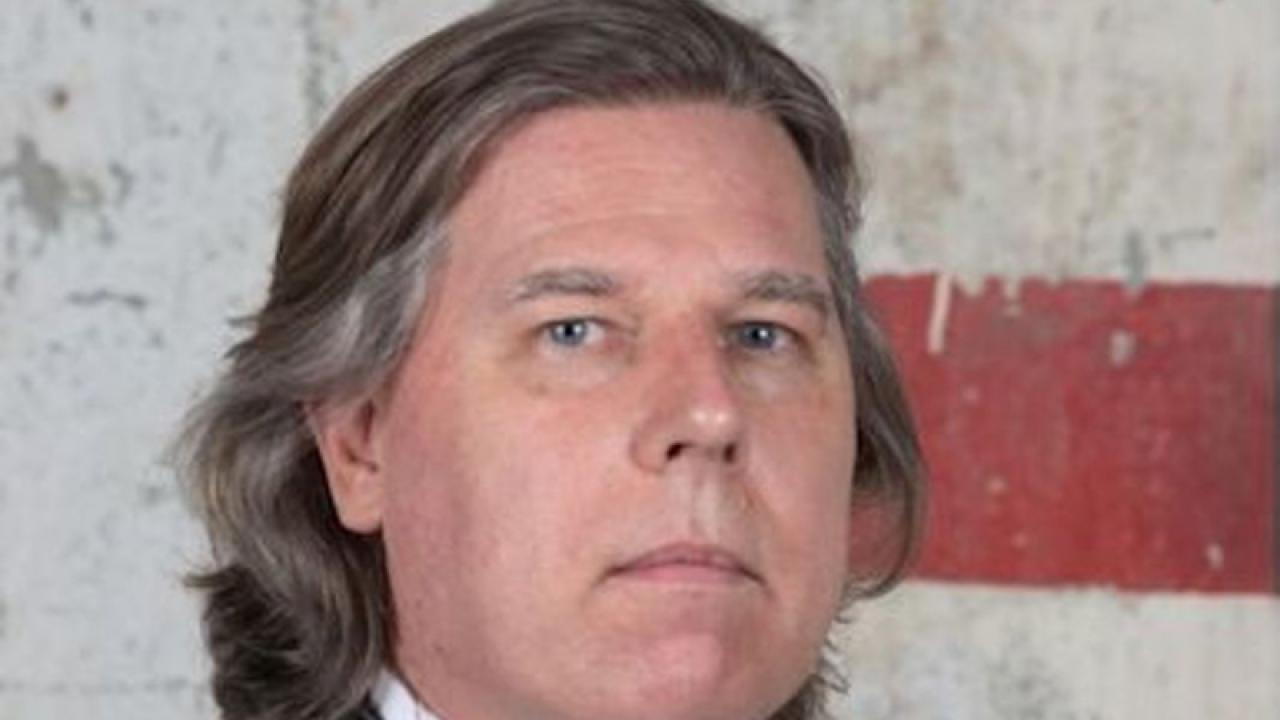 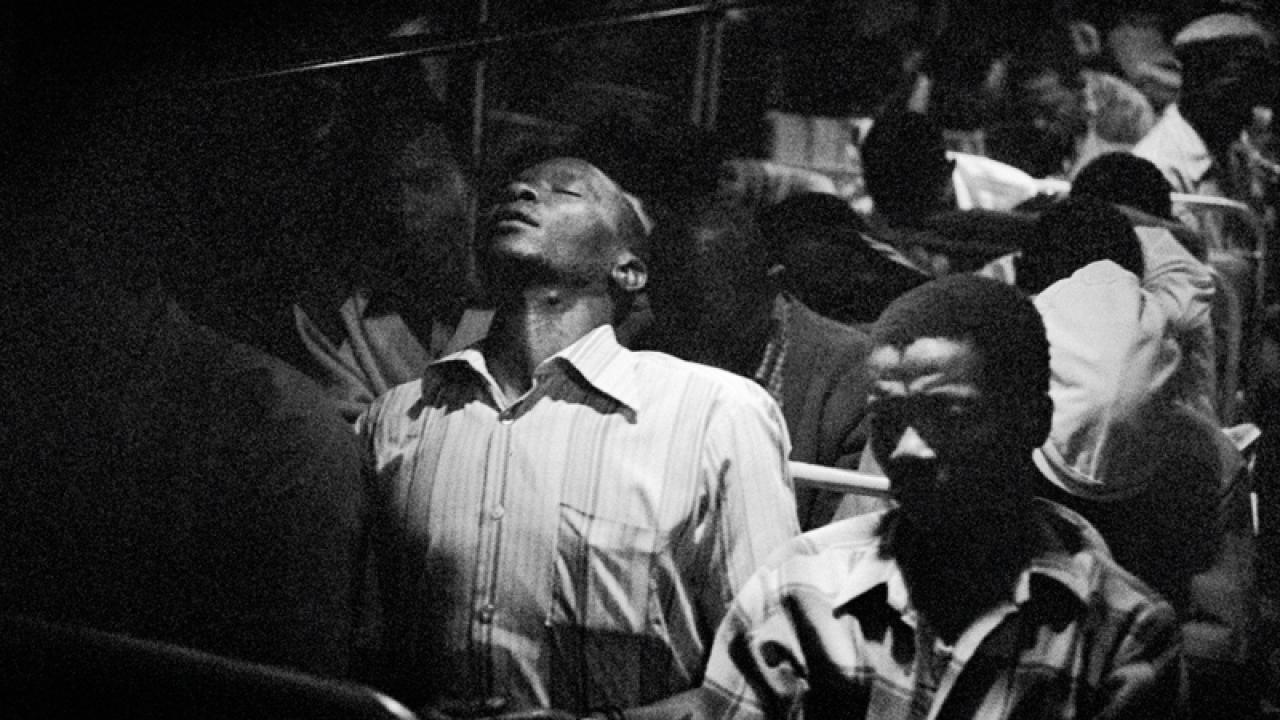 Opinion
David Goldblatt's Photographs And What It Means to Bear Witness

70 years since apartheid became law in South Africa, a retrospective of the photographer's work opens at the Centre Georges Pompidou, Paris