The actor Frankie Faison is cursing into his Zoom camera. He is playing Philoctetes: a once-mighty military general, abandoned for nine years on a desolate island because of his suppurating, foul-smelling foot, the result of a mysterious infection. Now, a young soldier named Neoptolemus has arrived from Greece – Taylor Schilling, in another Zoom screen – reluctantly tasked with stealing Philoctetes’s fabled bow, a weapon prophesied to end the Trojan War after ten bloody years. In Philoctetes, written 2,500 years ago in 409 BCE, the playwright Sophocles presents Neoptolemus with a stark dilemma: can he carry through his generals’ orders, or should he take pity on the sick man screaming before him?

Watching along with me are 882 doctors, nurses and healthcare workers, mainly based in the US – although in the post-show discussion we also hear from audiences further afield, in South America and Europe. From their Zoom backgrounds it is clear many are between shifts, sat in staff kitchens and hospital waiting rooms. Eighteen months into the COVID-19 pandemic, and this audience more than most knows what it is like to feel as scared and helpless as Neoptolemus in the face of suffering – Philoctetes’s screaming fills them with dread.

These performances occur monthly, free to access online, as part of an unconventional public health project organized by the New York City-based Theater of War Productions. After the show, audiences are invited to respond to the play through their own experience as part of a town-hall-style conversation mediated by a panel of health practitioners and psychiatrists. Since the pandemic began, it has provided a sympathetic, safe space for health workers to share the feelings of upset, shame and horror they have accumulated on the frontline. I witness remarkably cathartic results: tears and smiles of recognition and relief. Much of the audience empathizes with Neoptolemus, and identifies in him their own experience of compassion fatigue – a type of stress derived from helping those who are traumatized.

Theater of War Productions began in 2008, a couple of years after its artistic director, Bryan Doerries, lost his girlfriend Laura Rothenberg to cystic fibrosis – a horrifying trauma he recounts in his memoir, The Theater of War (2015). After her death, he found himself turning to Greek tragedies by Sophocles, Euripides and Aeschylus, beginning with Philoctetes. They were not the stories of human powerlessness and futility that he remembered from studying classics at college. True, the men and women in these plays suffer from terrible sickness, violence and the sudden reversal of fate. But Doerries found a refuge in the intensity of their grief and rage. At a moment in his life when loss had left him feeling estranged and adrift, these ancient dramas showed he was ‘not alone across time’, a realization he likes to share with the audience before each performance.

Since then, Theater of War Productions has brought Greek tragedy to communities where traditional treatment has failed, whether due to persistent stigma or poor mental health provisions. Actors including Bill Camp, Oscar Isaac and Frances McDormand have performed in homeless shelters, hospitals, public parks and prisons; and to audiences of ex-convicts, recovering addicts and domestic abuse survivors. Sophocles’s Ajax (442 BCE) is its first and longest-running project, performed for combat veterans and their spouses on military bases in the US and abroad – in Kuwait, Qatar, even Guantánamo Bay. It is a brief, terrifying play in which a decorated soldier suffering from PTSD butchers a field of cattle, believing them to be his commanding officers, before killing himself out of shame. Among those who have been to war, trauma is repressed with devastating effects – 17 veterans kill themselves every day in the US – but the timelessness and sheer dramatic force of Ajax’s story has led audiences out of silence and into a healing experience of community, with many seeking therapy and hospital care. This, Doerries’s book argues, might have been the original intention of Greek tragedy: 2,500 years ago, the theatre was a powerful ‘military technology’ written and performed for battle-weary soldiers (Athens was fighting the 27-year Peloponnesian War), so they could share the weight of the horrors they witnessed on the frontline.

This might be the lesson of Philoctetes, too. Neoptolemus empathizes with Philoctetes’s pain enough to answer his screams with the promise to return him home, to safety and treatment – sacrificing his military reputation to make this one of the few Greek tragedies to end ‘happily’. Without this empathic feat, the play could so easily have gone a different way: Neoptolemus might have responded to Philoctetes’s screaming with indifference, even violence, rather than the offer of care. In his memoir, Doerries compares Theater of War’s work to fire-fighting, but I prefer to think of it as lighting fires, which is what all theatre should be doing now: gathering audiences together and dispersing silence to make need visible, so that it might be answered, or at the very least shared. It is a radical but necessary undertaking in our time of mass death and mourning. 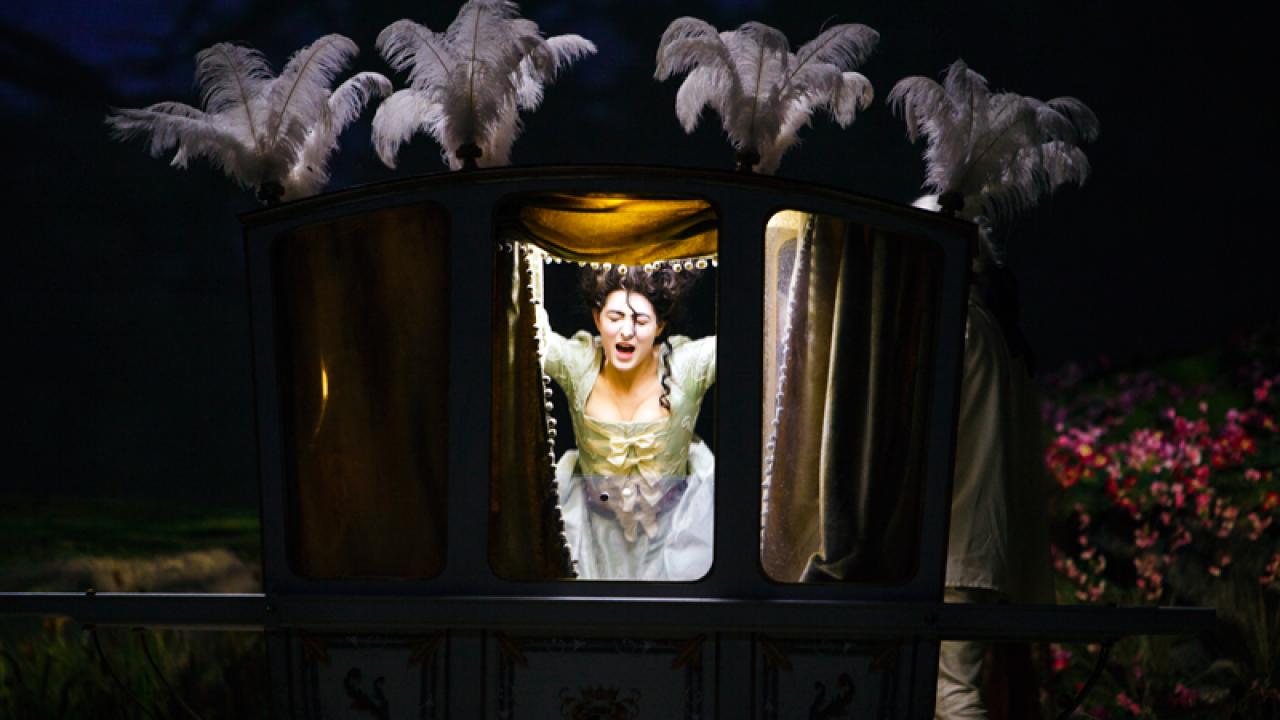 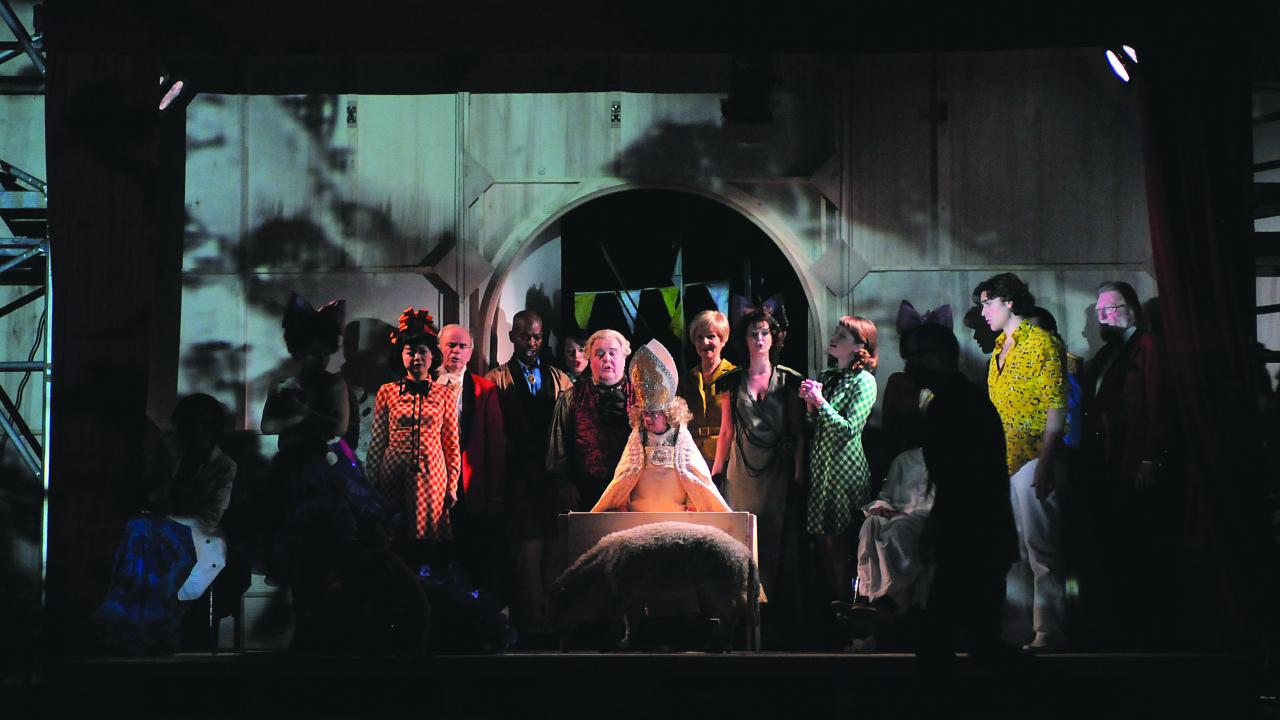 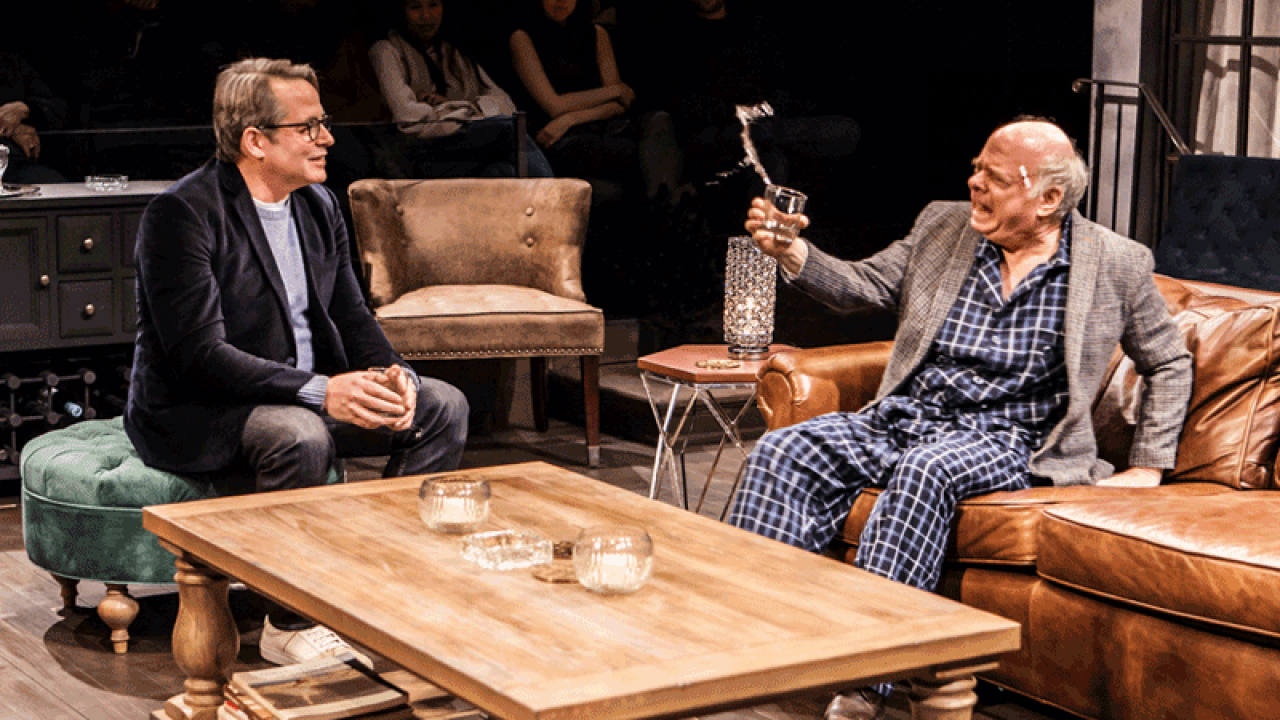 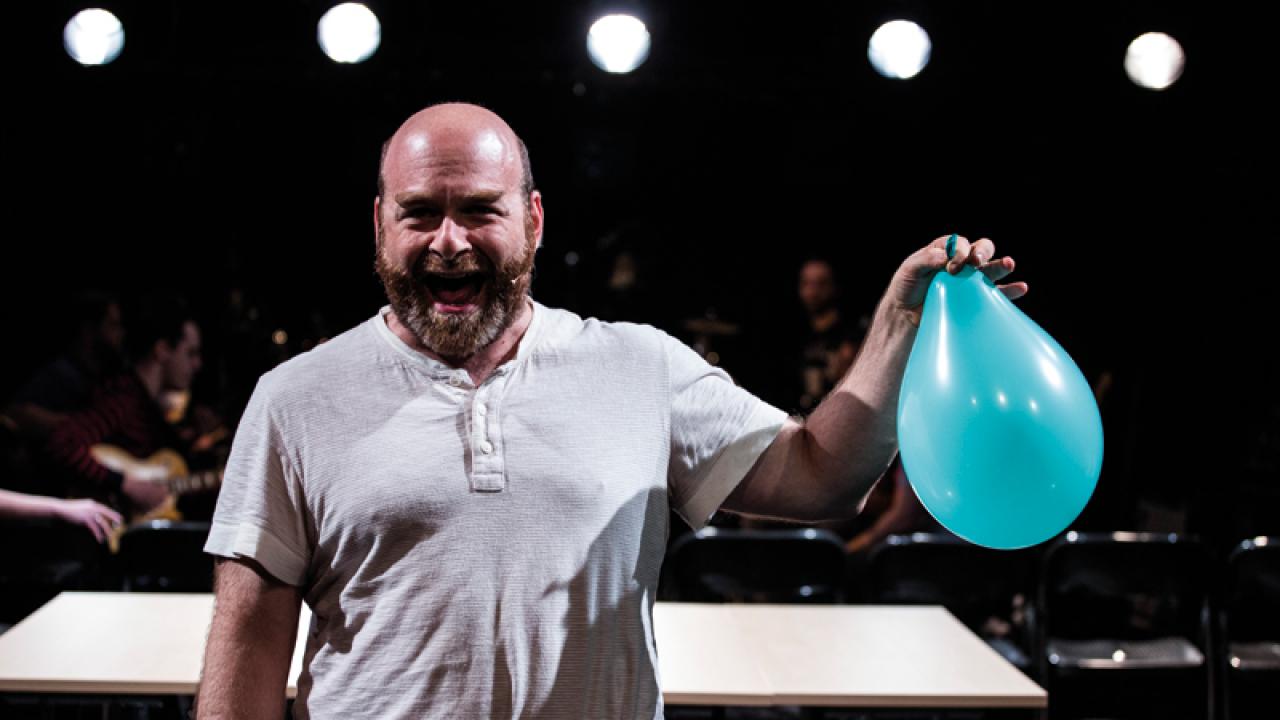 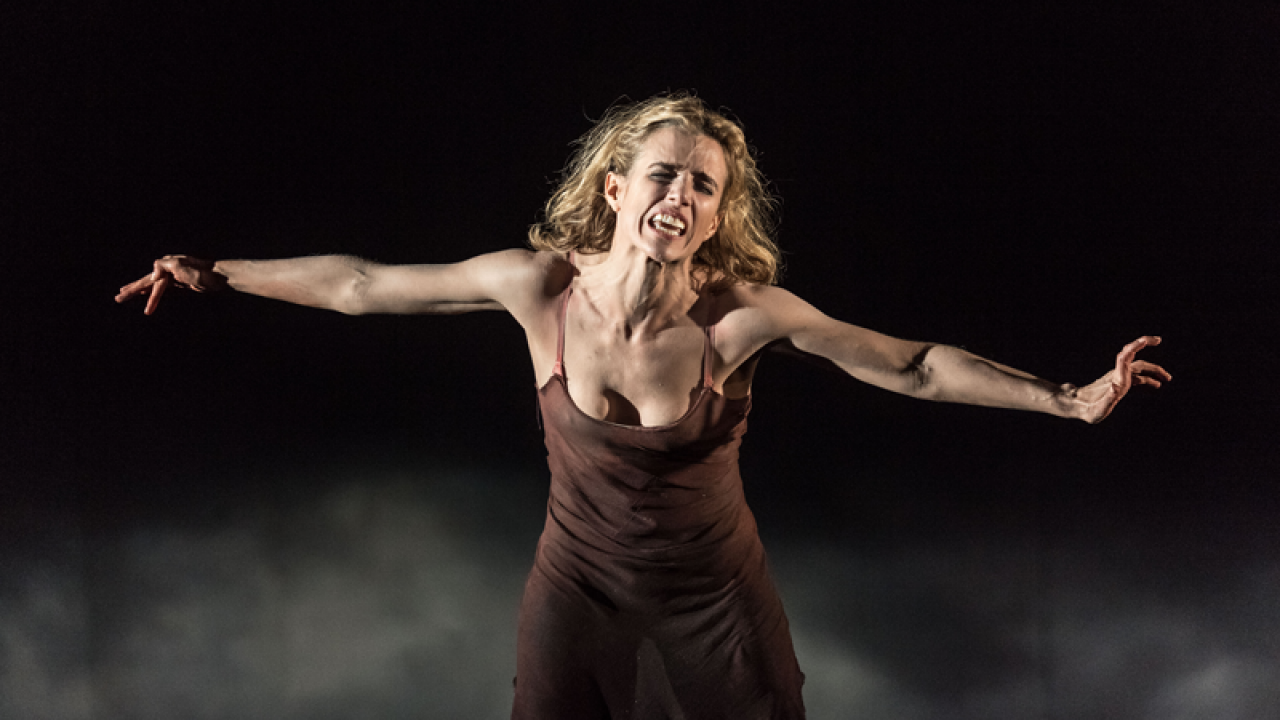 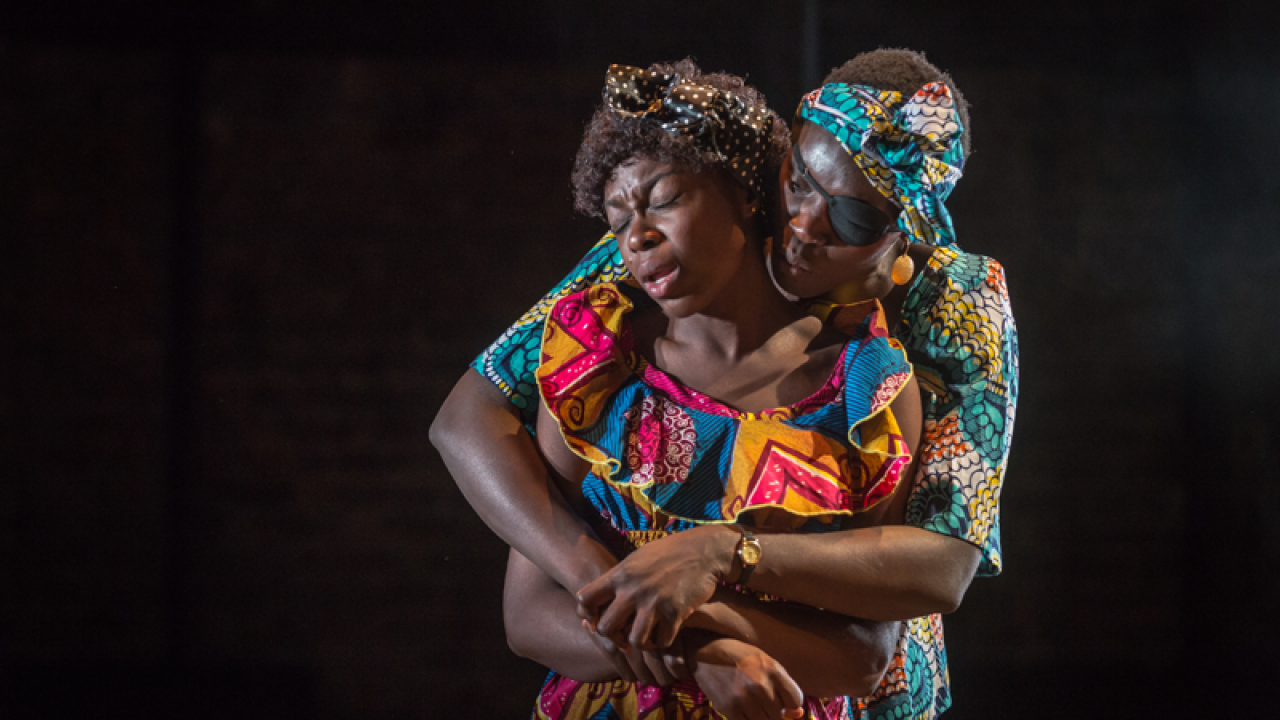