There is, it seems, a style of contemporary painting invested in lightness. Whether this levity takes the form of whimsical mark-making, effervescent palettes or humorous content (or any combination of the three), the less captivating of these paintings can be insubstantial. Better examples inhabit, by virtue of their lightness, a realm of surface and thought that is by turns carnal and transcendental - as mouth-watering as a perfectly frosted cake.

I almost salivated in front of one of Amy Sillman's paintings, a beautiful, small blue representation of a bird's head. Part of the series 'Three Blue Paintings (Cloud, People, Bird)' (2001), it's a very simple image, the light brown head round, plump and peeking up from the bottom edge of the canvas. The blue field beyond is dense and soft, not quite water or sky but as calming as both. The bird, though obviously small, isn't slight. His eye is a dark circle; a gorgeous daub of brick red paint moves out of it like eyeliner. All of this, and I am not by any means a bird person.

In five small paintings Sillman meditates on various colours, mostly pastels but also mustard yellow and bright green. In Lemon Yellow Painting (2001) she presents an amorphous pink and white figure on a pale yellow ground. There are certainly two forces coming together here, and there is a tension between them, although it is unclear exactly what is being fought over - is the top figure wrestling a second object to the ground? In a better effort, Green Painting (Boat) (2001), the artist works up a frothy green sea for a pale blue boat to surf along, waving its white flag. Within the light green field, though, a figure lays on its side with its arms up to its face. Sillman seems to love playing these tricks - here one part of the painting seems to be tethered to the ground, until you realize it's underwater space or perhaps an elongated shore she's created. This playfulness returns in the strokes that make up the figure - alternately nimble and stuck, falsely amateurish.

Sillman populates her pictures with figures: the beautiful bird, a fox, people, just legs, heads, feet. The collection of disassembled bodies and parts (both ours and those of other animals) derives from Surrealism, particularly the exquisite corpse that she has pursued in past curatorial projects. In Blue Painting (2002) a world emanates as a thought bubble from a detached, but not necessarily severed, head. To the left a cartoon-like bird, perched on a spindly branch, looks on with a funny expression. On the right-hand side a headless figure strolls along as if the thought bubble is either obscuring or forming his head. No matter that the head looks female and the body looks male. Whether this is meant to be a cosmology or simply a surreal daydream, Sillman outlines a world of buildings, body parts, an ocean and a setting (or rising) sun. Is there even a difference between an obscured head and a lost one - hidden or lost in thought? What happens when the head disconnects from the body, as in daydreams, or when the body divorces the mind? What is a dream? What is an idea? What is the difference between these things? How do you figure your body in your sense of the world?

If Blue Painting circulates around the mind/body nexus, then This Dad and That Dad (2002) collapses that idea, and the dreamer and their universe become one. Two headless figures go up into a sun, a pale yellow mandala streaked by brighter yellow spokes. The sun rests inside a rainbow, tiny squibs of bright colour, chalky mosaic jewels. The two red figures skate on the edge of the pink atmosphere, broad blue-green strokes buoying them. I only wish these strokes more held their own against the sun, but perhaps that is the point. 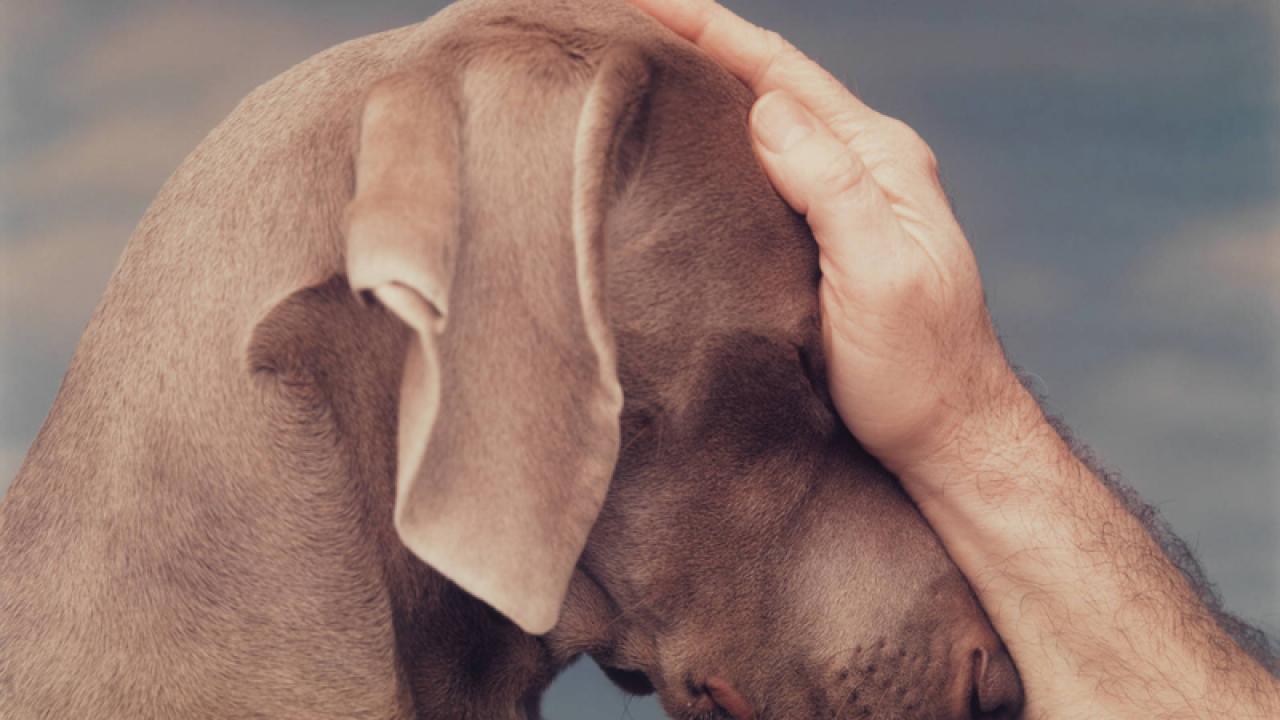 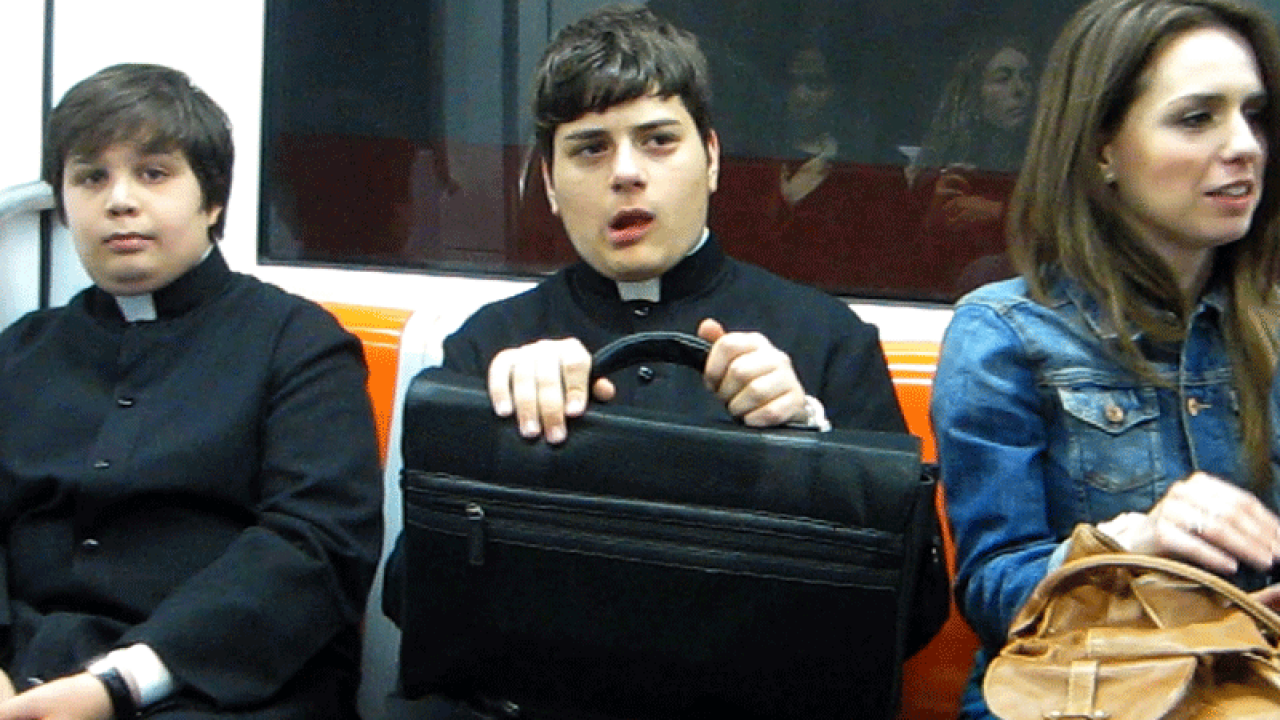 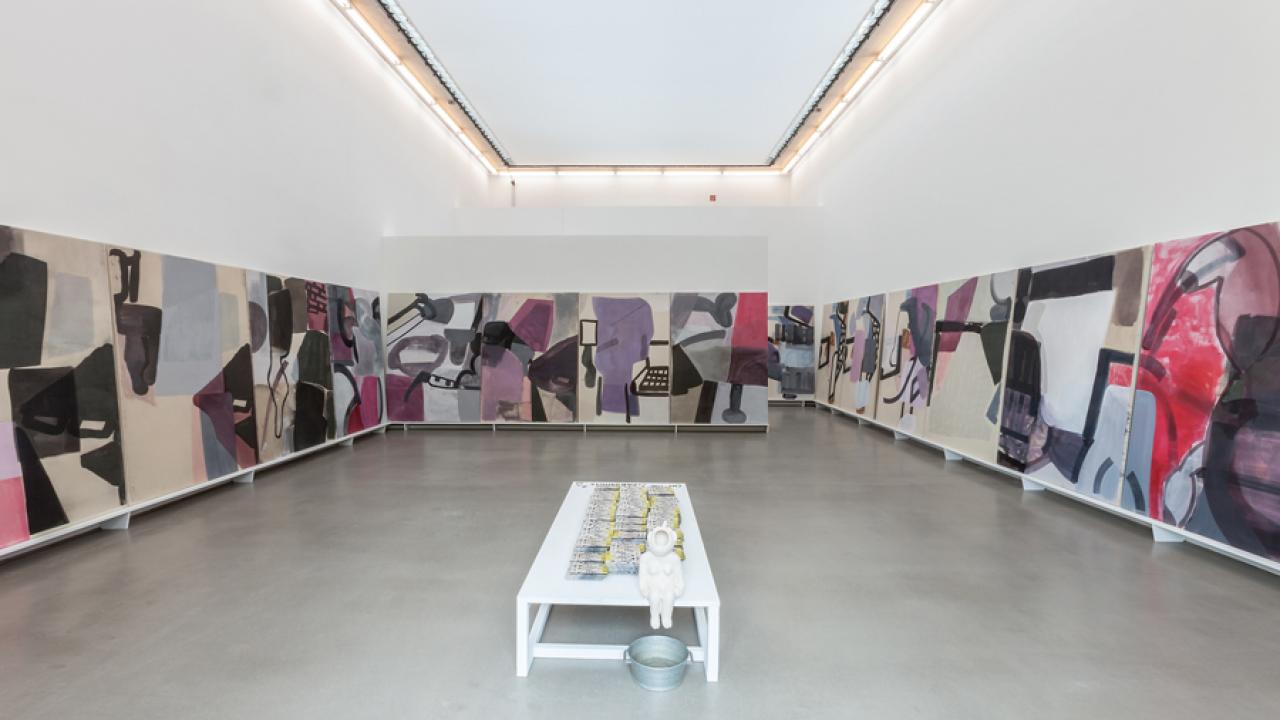 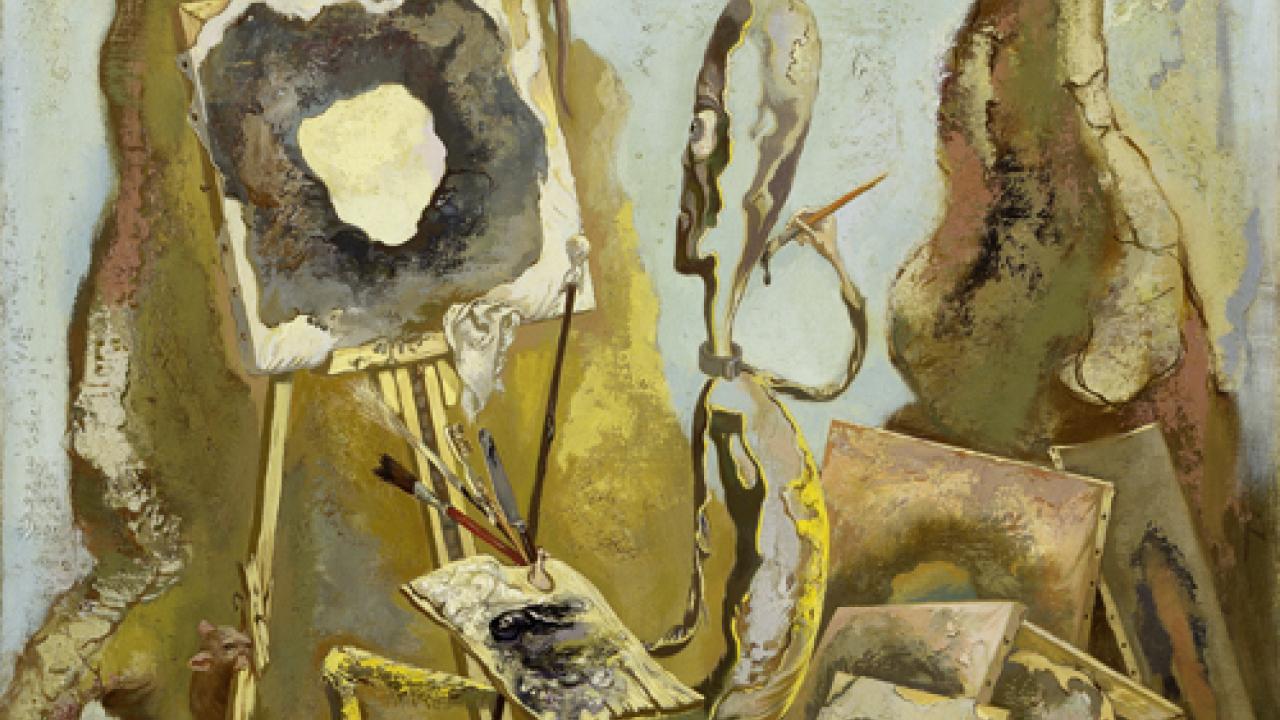