António Palolo (1946–2000) is a well-known Portuguese painter; his moving image work, however, is yet to be recognized. He is best remembered for an eclectic production of paintings in which different lines of research coexist (e.g. Informel and Pop, Geometric Abstraction and Hard-Edge). The show at Culturgest, curated by Miguel Wandschneider, attempted to repair this omission and to inscribe these works within both Palolo’s and Portugal’s artistic history. 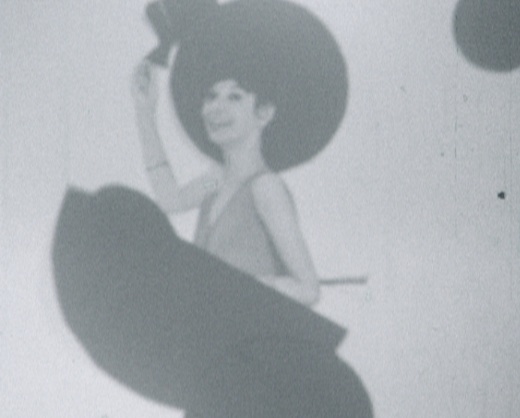 The artist’s films investigate the body as a conduit for revealing different perceptions of reality. In the first phase of this exploration, Palolo focused on demonstrating possible reconfigurations of the body associated with geometrical shapes and on questioning reproducible and formatted images of reality. The second phase dismissed all kinds of representational strategies, replacing them by abstract devices informed by a strong metaphysical dimension. 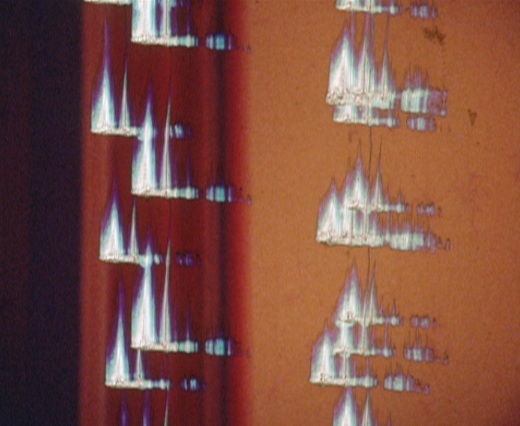 Untitled (#1), Metamorphosis and Untitled (#2) (all 1968–9) playfully recombine body parts cut out from magazines that Palolo placed in motion with geometrical shapes. These first engagements with the moving image are in a dialogue with Pop, Dada and Surrealism. Recurrent circles appear throughout the films, echoing Marcel Duchamp’s Anemic Cinema (1926). 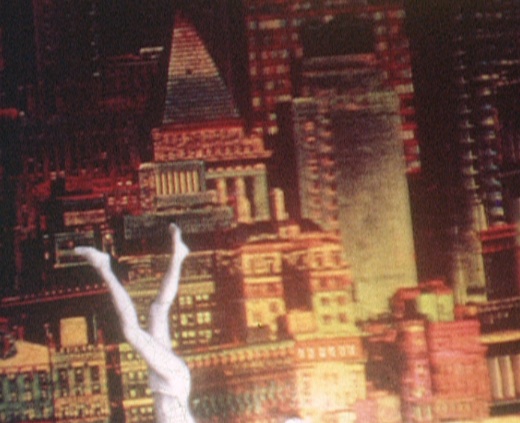 Untitled (#5) (1972–6) expands this approach to composition by adding an abstract layer of matter to the more representational experiments. The film has two parts. It focuses on the medium’s prime elements (light and motion) and documents several optical interferences with light sources (the sun, lamps, bulbs or candle-flames), creating an abstract collage built out of concrete elements. It’s a line of work that was further developed in Palolo’s later films and is also present in Lights (1972–6). The second half replaces the mundane light sources by magazine images of iconic figures such as Marilyn Monroe or Elizabeth Taylor portrayed by Andy Warhol. These quotes connect the film with a Pop art practice close to Derek Boshier’s Link (1970).

Palolo’s later body of work envisions film as an instrument of meditation able to reflect both outer reality and the inner self. OM (1977–8) is the final stage of this process, working as a synthesis of previous works such as Untitled (#6), Untitled (#7) (both 1972–6) and Untitled (#8) (1976–7). In these films, images of cells mix with galaxies, underlining the circular shape as a crucial element of Palolo’s work. OM’s abstract and slow moving circles blur microscopic and cosmic perspectives, creating an intense bodily and mental experience emphasized by its duration – 95 minutes. To create Drawings/Lines (1971), the artist etched directly onto the film reel, a technique akin to Len Lye’s Free Radicals (1958). It is intense and hypnotic and as such deeply related to the investigations of his other films even though it might appear to be visually and formally different.

The sober form of display here respected the works’ fragility and also the intimacy required to experience them. The show succeeded in demonstrating the relevance of these works in Palolo’s production and made clear their relationship to both hippie culture and formal film investigations of the 1960s and ’70s – a site for perceptual expansion through physical experience.