I arrived in Sharjah by way of Dubai, a patchwork city with a short and polarized history. In the mid-18th century, it was little more than a village known for pearl fishing, but the discovery of oil in 1966 heralded a period of hyper-modernization that has been recalled ad nauseam as a cautionary tale. A fetishization of the future rapidly stitched two disparate times and cultures together – a phenomenon defined by artist and writer Sophia Al-Maria as ‘Gulf futurism’ – and, in the process, a significant portion of the region’s history was overlooked.

What awaited me in the neighbouring emirate of Sharjah – Dubai’s more conservative cousin, where I was attending the annual ‘March Meeting’ symposium (this year’s theme: ‘Education, Engagement and Participation’) – was, thankfully, different. Across the new spaces of the Sharjah Art Foundation – an organization responsible for both the Sharjah Biennial and seemingly every museum in the emirate – was a retrospective of Simone Fattal, the Syrian-born, Lebanon-raised, Paris-based artist for whom archaism is everything. Rendered in unglazed clay, Fattal’s sculptures could have been wrenched from the bowels of the desert: the head of a wild horse rests hollow-eyed; a broken monolith is scrawled with Arabic text; a bell-shaped lump crudely suggests the form of a lion. But while these fragile forms are born from myth, they are not lamentations for a lost history so much as celebrations  of its continued influence upon the present.

In his collection In the Presence of Absence (2006), written near the end of his life, Mahmoud Darwish addresses the dual temporality that haunted his childhood relocation from Palestine to Lebanon: ‘What wounds you most is that “there” is so close to “here”.’ This sentiment carried across to the Foundation’s adjacent space and a retrospective of Lebanese artists and filmmakers Joana Hadjithomas and Khalil Joreige. The pair’s research-heavy practice takes their work to extraordinary places – the story of the Lebanese Space Race, the archive of a fictional photographer, a history of scam emails – but, again, it was the idea of history’s abiding echo that resonated, from the reverberations of  warfare to the legacy of the dead.

With these current exhibitions, Sharjah Art Foundation is not solely nodding to the importance of the region’s history, but also to its wealth of artistic experimentation. Bait Al Serkal –  a museum that was once the residence of the British Commissioner for the Arabian Gulf – houses a vast, schizophrenic retrospective of the late Iranian artist Farideh Lashai, which hastily moves from painted horses to glass cuttings to animated etchings by Francisco de Goya. Across town at a gallery aptly named The Flying Saucer, is a restaging of ‘1980–today: Exhibitions in the United Arab Emirates’, a grouping of 15 Emirati artists (read: 14 male, 1 female) that was first presented in 2015 at the UAE Pavilion in the Venice Biennale. Back in the Foundation’s complex, ‘The Time Is Out of Joint’ calls upon more than 20 artists to restage the First Biennale of Arab Arts in Baghdad in 1974 and the China/Avant-Garde exhibition, staged in Beijing in 1989, while also ‘pre-enacting’ the Equator Conference 2022, which will be held in Jogjakarta, Indonesia. Amidst the temporal confusions of the UAE, it was fascinating to see an intentional alignment  of misaligned times, geographies and artists but – as with ‘1980–today’ and Lashai’s retrospective – each instalment of ‘The Time Is Out of Joint’ presents the good, the bad and the forgotten, and is far too busy. That said, these projects all managed to successfully dispel any generalizations that work from the Gulf region is too derivative of Western modernism: unarguably, these are art histories that are contingent, divergent, counter.

Throughout the trip, I found myself grappling with new ways to reformulate old opinions. Almost every reference to the UAE within the pages of frieze, for example, is rightly followed by an acknowledgment of the laws that restrict free speech, discriminate against women and the LGBT+ community, and imprison those who ‘deride or damage’ the country’s reputation; each also notes that violations of human rights persist, as do labour abuses – something that continues to be challenged by the artist-and-activist-led coalition, Gulf Labor.

It is disheartening that I can only repeat these condemnations: despite the good intentions of the Sharjah Art Foundation, there’s no substantial evidence of self-critique. It is also disheartening that I can write about temporary exhibitions which appeal to the idea of permanence, but not about permanence itself; that I can talk about an imported iteration of Hans Ulrich Obrist’s ‘Do It’ project, which momentarily involved the community, but cannot recall a single piece of embedded public art; that, during my visit, I rarely walked the streets of Sharjah, but instead took shelter in the Foundation’s compound alongside journalists who are unlikely to return until next year’s biennial. While blind idolization of the future has already been cautioned against, the Sharjah  Art Foundation might profit from holding that future in mind and devising a programme that deals more explicitly with the UAE’s immediate  problems. Not for art critics, but for those who could really benefit from it. 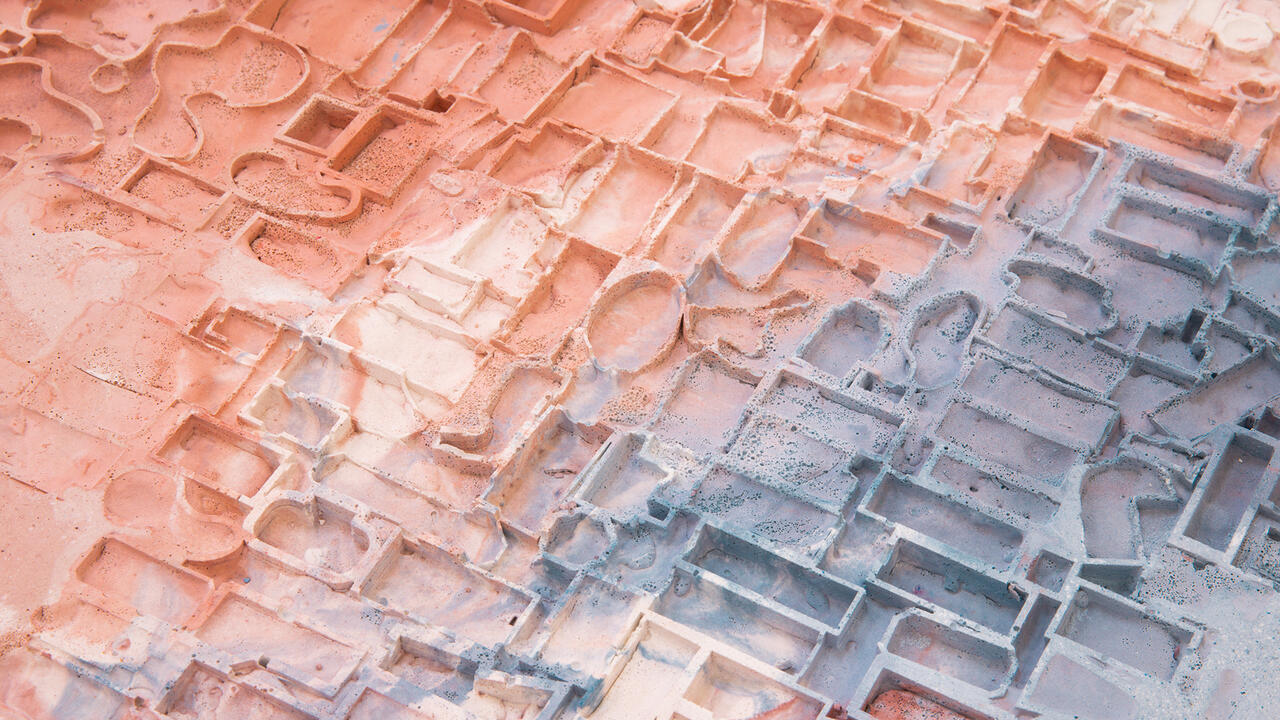