'They actually didn’t know it was going to be a b-o-m-b,’ says the witness interviewed in Leslie Thornton’s film, Cut from Liquid to Snake (2018). The speaker, the artist’s aunt, is discussing the ‘terrible project’ that Thornton’s father and grandfather were both working on in the 1940s, unbeknownst to one another. This cross-generational secret in an otherwise close-knit family was, she says, ‘a true example of the incredible privacy that took place when this bomb was created’.

The chilling biographical incident forms the core of ‘SPEED’, the second collaborative exhibition by filmmakers James Richards and Thornton. For their first, they worked with each other’s ‘latent surplus’, as Richards put it: ‘image material worked on but never really used’, which resulted in the co-authored film, Crossing (2016). This time, the collaboration focused on producing an exhibition and was primarily research-driven, involving a joint residency at CERN in Geneva. A tension rooted in cross-currents of enquiry tempers the show: ‘a channelling of and, at times, conscious unsettling of each other’s sensitivities’, as the exhibition text has it.

Additional material presented in a show-within-the-show provides evidence of their shared research process, like marginalia to a conversation. there are a handful of Bruce Conner’s ‘Inkblot Drawings’ (begun in 1975), in which miniature mushroom clouds blossom into allover patterns; examples of the manic archiving of the late Horst Ademeit, whose daily Polaroid photographs aimed to document the influence of what he called ‘cold rays’; and ring binders containing the mystics-cientific diagrams and photocopy collages of the artist Adelhyd van Bender. Two small paintings by Thornton’s father, Jens, are included – one pre- and one post-bomb. Displayed beside a hydrogen cylinder is a vintage Stoelting lie detector, an instrument of cold-war interrogation that notes the long shadow cast by the con ict and its attendant paranoia. Various items lined up on the floor hint at another kind of anxiety: self-diagnosis kits for HIV or syphilis, home drug tests, sensor mats, rubber tubing, cables and assorted medical paraphernalia packed into Ziploc bags. The common thread is the invisibility of the threat and the desire to make it manifest.

Thornton’s densely powerful and anxiety-laced film straddles fears from then to now. Images of viscous, bubbling tar are paired with kaleidoscopic patterns derived from those very images. A crackling soundtrack records an eyewitness account of Hiroshima, its matter-of-fact descriptions of the horrific aftermath underscored by the film’s vivid, blistering textures. The imagery shifts to solarized close-up footage of ants scurrying around their burrow, as a soundtrack of Thornton’s own voice – an edited and distorted telephone call – melts her words into hesitancy, doubt and stuttering repetition. The few phrases that can be followed are tinged with 21st-century paranoia: ‘toxic’, ‘hacking’, ‘something will happen.’ Whatever it is, it is out of our hands.

Upstairs is Richards’s Phrasing (2018), a huge black and white backprojection that the artist calls a ‘video mural’. Conspicuously silent after the anxious cacophony of Thornton’s film, Phrasing saw Richards use an industrial-scale x-ray machine to forensically investigate surfaces, objects and matter, as if to gain access to some second-level truth not available to the naked eye. Can X-raying a clock reveal the nature of time? What can an X-rayed anatomical skeleton model say about the human body?

This rich and thought-provoking exhibition looks at science from a layman’s perspective, or through an artist’s skewed curiosity, and examines its intersection with everyday politics. A video by Thornton (WhatItIsToBePerfect, 2018) featuring unedited found footage of CERN’s Large Hadron Collider, the world’s largest particle accelerator, is strange and fascinating in its banality. The tunnel-like contraption collides protons or lead ions at incredible speeds, after which detectors gather clues about the particles to discern their identities. It is an emblematic work, suggesting an analogy of the various kinds of evidence accumulation, detection and patterning that this exhibition lays out. 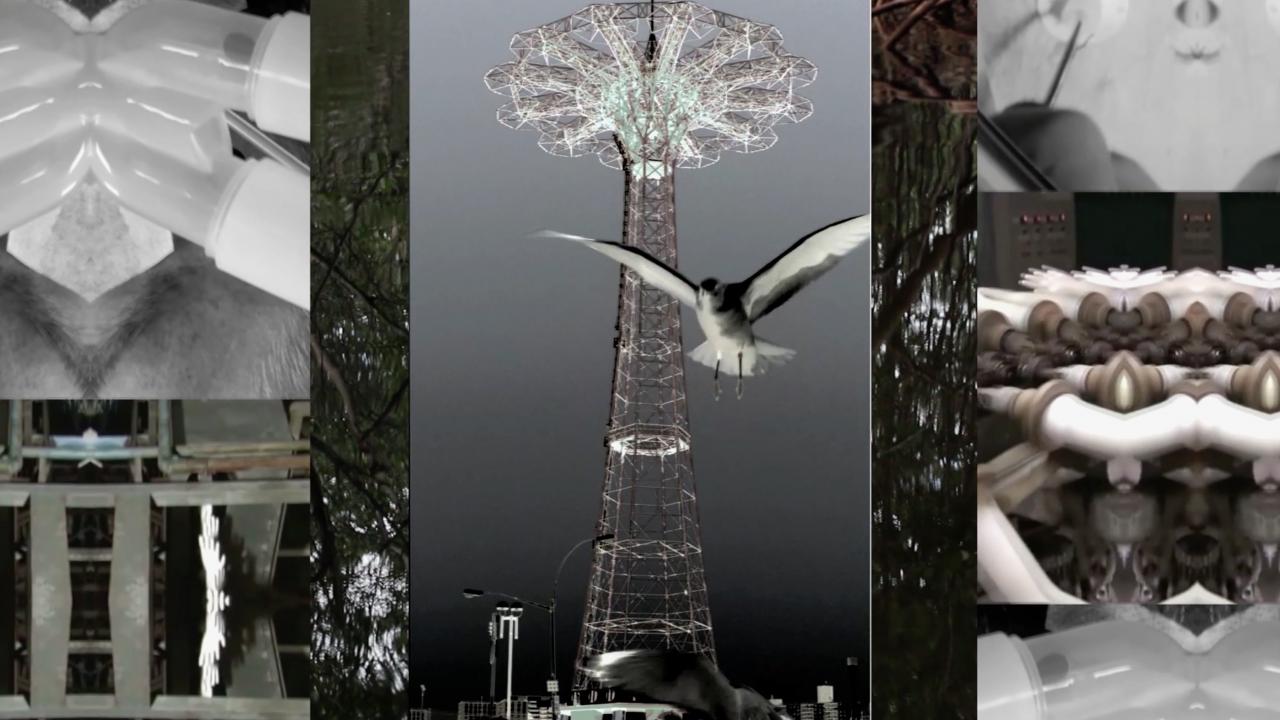 With a current show at Künstlerhaus Stuttgart, the artist talks about story-telling, ‘self-erasure’ and the importance of speech and language in her work