Bay Area Now Triennial: Considering the Complex Origins of Both Artists and Artworks

For more than 20 years, the Yerba Buena Center for the Arts has presented ‘Bay Area Now’, a triennial devoted to exhibiting Bay Area artists. The eighth instalment, which opened earlier this month and continues until 24 March 2019, is curated by Lucía Sanromán, Susie Kantor and Martin Strickland. A visual timeline of the past seven editions detail each triennial’s curators and participating artists, as well as the major political events of the time, from 9/11 to Barack Obama’s election to US president. These dual narratives, one about politics and the other about art, correspond but don’t fully connect. Still, they demonstrate, as this year’s iteration does, that the triennial’s curators have always envisioned ‘Bay Area Now’ as a show which looks closely at the social circumstances of the works exhibited.

Sofía Córdova’s Mira esto que lo vas a extrañar (Look At This Because You’re Going To Miss It, 2018), is an exemplary work in this year’s triennial. Córdova appropriates personal and family narratives through the lens of disaster, both in terms of how capitalism structurally feeds on sudden infrastructural catastrophes and how personally devastating these crises and their consequences are for the people who endure them. The centrepiece video, dawn_chorus ii: el niagara en bicicleta (2018), is screened between new sculptural works. The sculptures, largely assembled from scrap aluminium and steel as well as parts of taxidermized animals, evoke the physical remnants and waste affected by these events. dawn chorus is largely set in Puerto Rico after 2017’s Hurricane Maria. Interviews with family members narrating the footage are offset against non-narrative, sweeping shots of verdant woodlands and the uncannily joyful refrain of the island’s traditional pop music.

The curators of this ‘Bay Area Now’ seek to ‘recover and cultivate the generative space of the in-between, articulating its contours in a period marked by extremism, fearmongering, opposition(alism), and loss of institutional trust’ – an aim, in their view, that expresses ‘delicate optimism’. Liminality is keenly felt throughout the show, as pieces hang, figuratively, between narrative and abstraction, identity and otherness, home and homelands, artwork and social practice, play and despair. And this is the first edition to include architects and designers, six of whom join the 19 artists working in more traditional media to interpret the space of the in-between from the vantage of the Bay – a place, as the show highlights, of increasing artistic heterogeneity.

Throughout the show, wall text highlights the far-reaching origins of the triennial’s artists: subterranean queer histories; multiplicity of cultures and identities; the sometimes-sore convergence of art, technology, and activism; funky post-post-hippie ethics. What links many of them is the impulse to tell a story. These narrative elements in ‘Bay Area Now’ concern the story of where the artists (and/or their families) come here from, why they chose to live in the Bay Area, what that move means to them. Sita Kuratomi Bhaumik’s The Place Where Answers Were: The Archives of Dreams (Los lugares donde se encontraban las respuestas: El archive de los sueños) (2018), for instance, uses photographs, text, books, a camera and slide and ephemera to obliquely leverage her personal Japanese-Colombian family history. This fragmented work contextualizes her practice as both an artist and activist.

Bay Area-native Sadie Barnett’s From Here (2018) also raises questions of heritage and praxis, perspective and privilege. From Here is an installation centred around a reupholstered vintage couch with glitter vinyl. Oversized words, also rendered in sparkles, flank the couch: FROM HERE. Barnett has positioned the couch to look out onto what the artist describes as ‘the theater of Mission Street.’ This spatial intervention prompts a strange spectral situation rooted in the present tense. Sitting inside an artwork in a gallery, looking out through the blinds, I wondered if people out there, in the ‘theater of Mission Street’, could see me. What did it look like, in the theatre of the Yerba Buena Center? From Here engages the historical through the confluence of body and artefact, studying the intersection of the unpredictable city outside and the supposedly stable subject on the couch.

The curatorial decision to include architects and design studios in this show reflects a general tendency among Bay Area art institutions to try to connect with the tech industry and its outlandish accumulation of capital and prestige. While that may be understandable, these works suffer in their adjacency to pieces that bring powerful narratives of historical catastrophes still powerfully, painfully resonant for artists and communities. Andrew Wilson’s Stowage of the British Slave Vessel Brookes Under the Regulated Slave Trade Act of 1788 (2018) combines performance, textile and language to stage a recollection of the British slave ship Brookes and the ongoing legacy of US slavery. Wilson centres his body and labour in the show: he is in the process of sewing 454 caftans printed with cyanotype images of slavery, one for every kidnapped passenger on the Brookes. Many of these already exist in the space, neatly arranged on wire hangers. In such close proximity to powerful pieces by Wilson, Córdova and others, the playful and imaginative works by these studios and architects risk feeling a little slight, politically speaking.

As if to underscore this suspicion, on my way out of the exhibition, I saw that the Yerba Buena security had called the SFPD to evict a homeless person attempting to use Hyphae Design Laboratory’s PProphet (2018). PProphet is an outdoor installation which invites visitors to urinate and witness their piss instantly transform into water, feeding the posh landscaping outside the Center. The patio where the plastic toilet of PProphet is surrounded by an opaque curtain – a literal ‘in-between’ space, between art museum and public space. Watching, with genuine fear the police violently handle an unwanted patron of the arts, I considered the fraught zone of the public bathroom in a part of the city infamously unforgiving to the displaced. On one hand, PProphet fulfilled the curators’s ambition to take up a liminal space – and yet, this scene was emphatically deprived of the ‘delicate optimism’ envisioned for the show.

Main image: Jamil Hellu, “In Black America during my childhood, there were many euphemisms for gay men. We are sweet, like sugar and candy—taboo and desired," says Ramekon O'Arwisters, who grew up in North Carolina. "He's got sugar in his loafers," his father used to say. Hues, 2018, photograph. Courtesy: the artist.

Brandon Brown lives in the Bay Area, California, USA. He is the author of several books, most recently Top 40 (Roof) and The Four Seasons (Wonder). 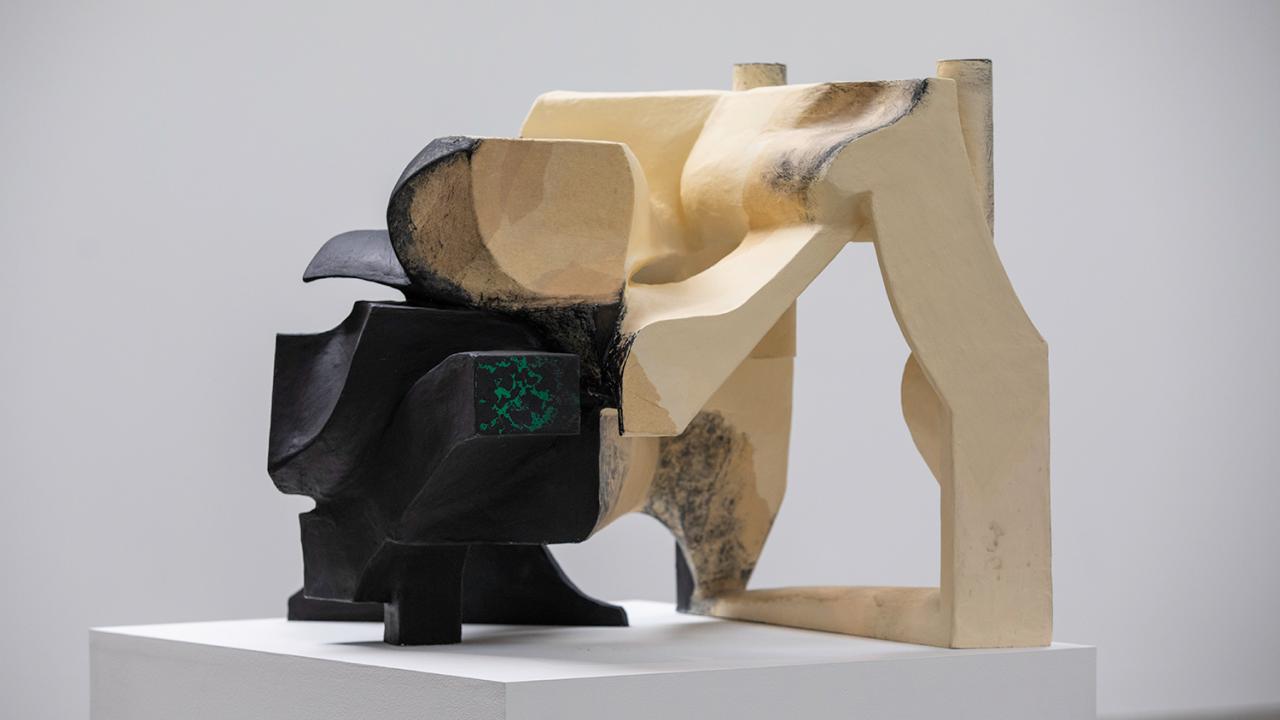 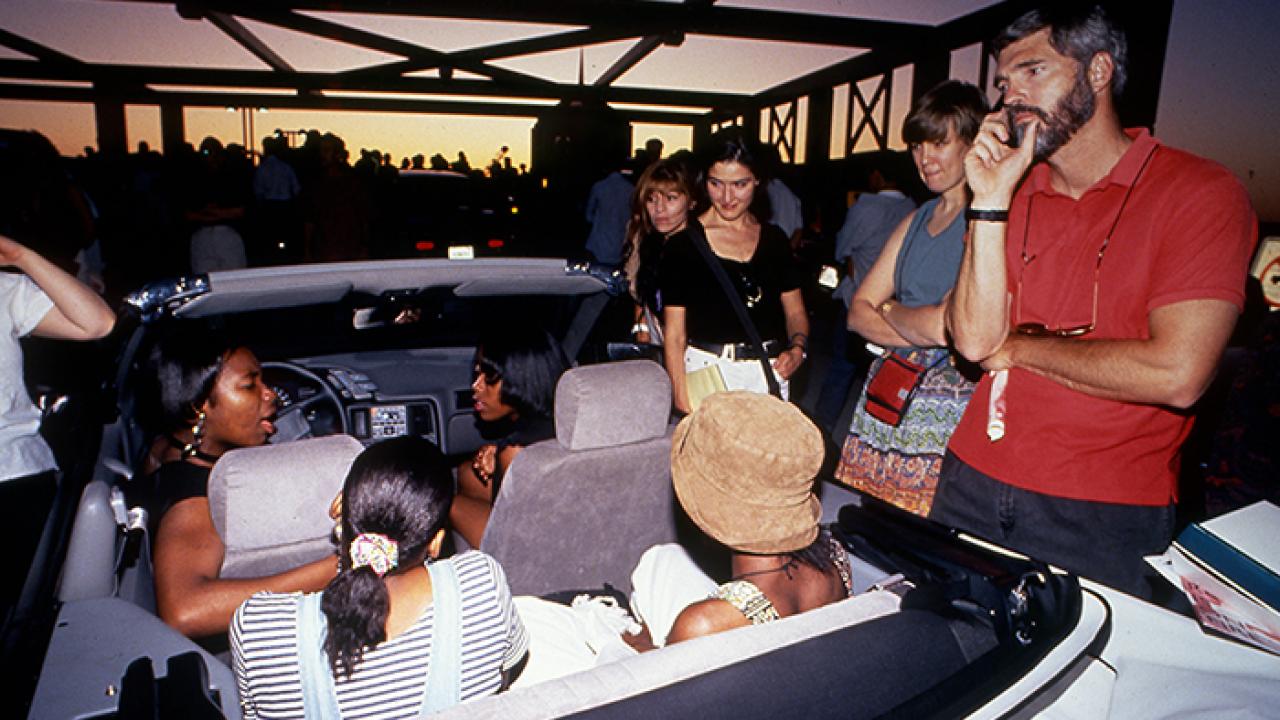 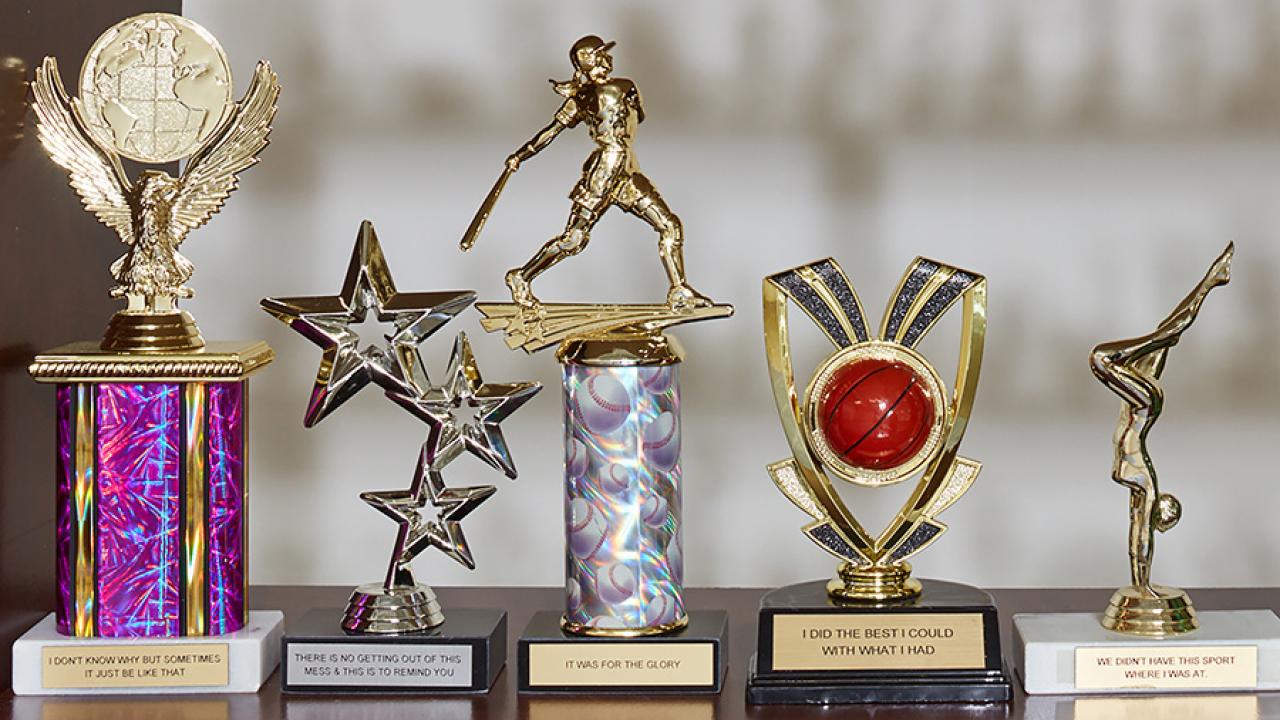 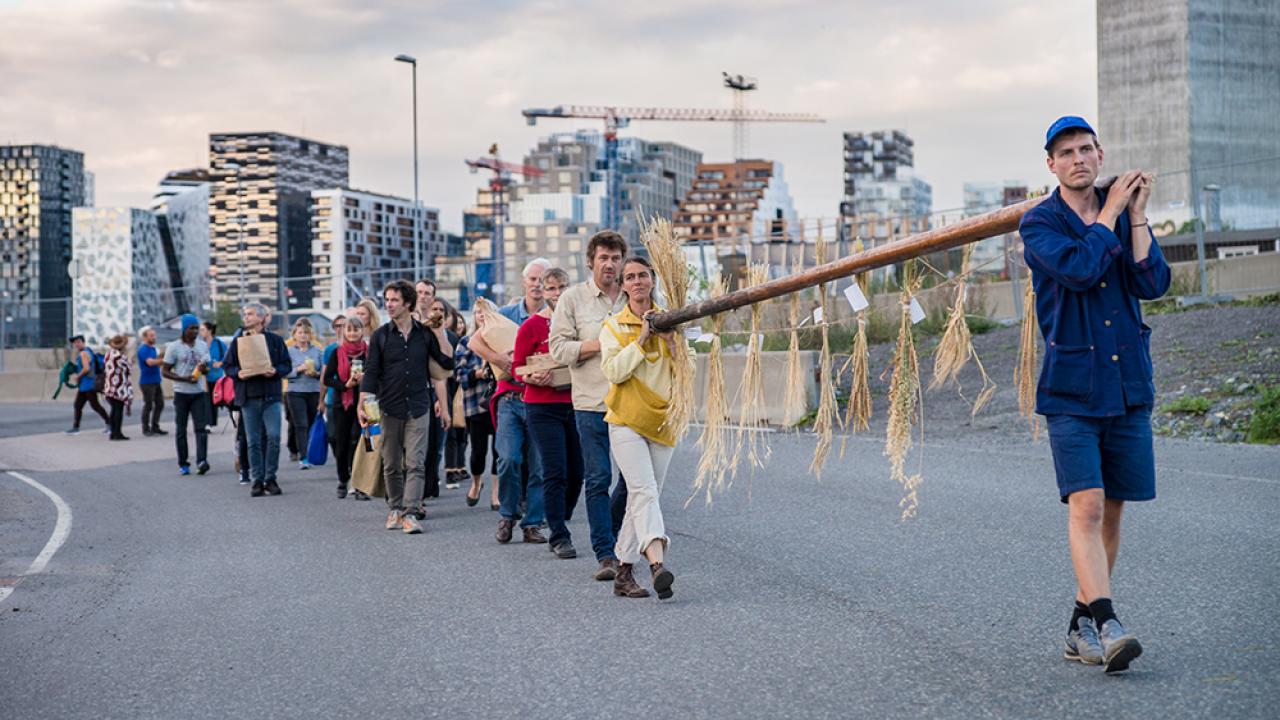 Opinion
Futurefarmers: A Motley Collective with a Utopian Mission

At once whimsical and practical, the international art collective offers a cheery antidote to today’s hyper-efficiencies