Bill Arning
Curator at the MIT List Visual Arts Center in Cambridge, USA, and a frequent writer and lecturer on art

I was curious to see ‘Nothing Is Lost, Nothing Is Created, Everything Is Transformed’, the Québec Triennial at Musée d’art contemporain. A show limited to Quebec artists, I was ashamed that I knew so few of the names (Montreal is an easy jaunt from Boston, where I live). The broad title made me nervous that the curating would be too ill defined, but the three curators’ focused choices of emerging artists were lively rather than lazy. Two short films by Patrick Bernatchez mesmerized: in Pluton (2008) a modernist office block is transformed by an interior snowstorm; in Chrysalide-Empereur (2007–8) a clown drowns while smoking inside his car, balloons floating up through the sunroof. Emanuel Licha’s ‘War Tourist’ series (2004–ongoing), in which locals guide the artist through sites of atrocity, has continued to resonate in my mind.

Presented by the Milwaukee International, the ‘Dark Fair’ held at the Swiss Institute, New York, in March – brainchild of artists Scott and Tyson Reeder – hosted over 40 galleries, associated art works and numerous performances lit by candlelight and flickering dream machines. The lights go out on the art fair! Prescient, satiric or simply fumbling in the dark, rumour has it that the next Milwaukee International will be ‘naked’. Now in its third year, Printed Matter’s New York Art Book Fair continues apace to reveal the continuing breadth, imagination, girth and paper resistance of zine-culture and the healthy state of the artist publication. A periodic survey of another kind, the 2008 US presidential campaign peaked with Barack Obama’s victory speech and the spirit of Sam Cooke’s protest anthem, ‘It’s been a long time coming but I know change is going to come’ (1964).

In among 2008’s largely underwhelming crop of biennials there were a few bright sparks, such as Adam Chodzko’s mystical imaginings (Pyramid, 2008) around Folkestone’s collective psyche at the Folkestone Triennial, ‘Tales of Space and Time’.

Invoking the legacies and contemporary relations of art, politics and revolution, Carolyn Christov-Bakargiev’s 16th Biennale of Sydney, ‘Revolutions: Forms that Turn’, was at once exhibition and event, scholarly and sensual, with a sharp visual acuity and art-historical memory.

One of my most memorable encounters with a work of art in 2008 began in Germany at the 5th Berlin Biennial, ‘When Things Cast No Shadow’, and concluded in France at the Domaine départmental de Chamarande near Paris. Melvin Moti’s new 35 mm film, photograph and bubble (E.S.P., 2007) captured a fantastic intensity of engagement from its spectators in Berlin, and again in the exhibition ‘Légende’, curated by Alexis Vaillant at the Domaine departmental de Chamarande. Moti’s work demanded a pace and dedication of encounter that was distinctly removed from its environment, creating the possibility of intimacy and isolated experience.

With ‘All Power to the Imagination!’ London joined the international commemoration of the 40th anniversary of 1968’s radical turmoil. An ambitious programme of cinema, visual art, literature, music and activism, the festival was held in 29 venues. The Goethe-Institut’s focus on the German feminist film director Helke Sander was exceptional. Jan Verwoert made his mark in Sheffield as guest curator of the city’s international biennial, Art Sheffield 08. With ‘Yes, No, Other Options’ Verwoert addressed the condition of the ‘performing freelance intellectual’ with striking examples. The collaborative installation by Silke Otto-Knapp, Janice Kerbel and Hilary Lloyd was an absolute beauty.

I completely missed the Grand Tour in the Far East in 2008, so my opinions about biennials and triennials are slightly provincial. Manifesta 7, ‘The Rest of Now’, in Trentino-South Tyrol, Italy, was quite uneven, but the section installed in Fortezza, a 19th-century fortress where only texts were presented as sound works in the otherwise empty spaces, stood out as one of the most radical experiences of the year. The section curated by Anselm Franke and Hila Peleg, titled ‘The Soul (or, Much Trouble in the Transportation of Souls)’ and installed in a former post office in Trento, was burdened by too many videos but had the courage to address an imaginative and profound theme, which doesn’t happen too often in such large-scale exhibitions. The catalogue of the 16th Biennale of Sydney was quite original as it only included drawings, spanning nearly 100 years of history (in full disclosure I did write a text for the book). The 5th Berlin Biennial’s night conference programme was pretty extreme and confirmed Erwin Panofsky’s best joke: if they can choose between paradise and a lecture about paradise, the Germans will always go for the latter.

Sergio Mah
Lisbon-based freelance curator, professor at the New University of Lisbon, Portugal, and the current Artistic Director of PhotoEspaña

Among the several biennials that I had the opportunity to visit in 2008, the most interesting was undoubtedly the 5th Berlin Biennial. Despite the current criticisms surrounding the international proliferation of biennials, I believe that these initiatives still play a crucial role in defining a range of creative, generous and sensitive artistic contexts. At the Berlin Biennial, I saw a group of artists whose works showed spontaneity and informality rather than spectacle, and who were able to put less predictable situations and relations on display and open up new possibilities for the art works’ reception.

One of the four Manifesta 7 venues, Fortezza, was curated by Manifesta’s entire curatorial team – Adam Budak, Anselm Franke/Hila Peleg, Raqs Media Collective – who displayed an impressive respect for this historic site by not trying to visually overpower the location, but to explore it and open it up with sound instead.

No big-name guest curators were involved in ‘International 08: MADE UP’. Part of the Liverpool Biennial 2008, the event was produced by the Biennial team and local partners. Yet the exhibition delivered some superb works. Among the 40 pieces presented around the city (32 of which were new commissions), many had been developed for Liverpool in the interim between the previous Biennial and this one, and aimed for local community participation. This seems an effective model for delivering ownership of the Biennial to the citizenry of the host city and letting the art works speak for themselves, rather than submitting them to an over-arching and potentially over-publicized curatorial theme.

The failures of post-Soviet European integration – from rejected referendums to breaches of the three percent deficit limit and the ‘Turkey’ question – should make for a timely context for a major international exhibition. The signal post-Wall biennial that is Manifesta has taken on precisely this condition of the European project for its latest iteration, after already being a victim of it: Manifesta 6, due to be held in Cyprus, failed to open because of the political tensions inherent to its chosen site. Geographically dispersed – around 90 miles in the Trentino–South Tyrol region of northern Italy – Manifesta 7 directly reflects the exhibition’s stated foundational goal of exploring just these boundaries of inclusion of the new Europe.

In Italy, ‘post-crash’ Turin hosted a number of impressive events. Director Andrea Bellini presented a well-selected group of young galleries at Artissima, while Daniel Birnbaum curated the Turin Triennial, which prompted a number of parallel projects. The best of these was Pablo Bronstein’s site-specific exhibition in Franco Noero’s new space, the Casa Scaccabarozzi, which was designed in the mid-19th century by Alessandro Antonelli. Antonelli’s unbelievable architectural experiment, also known as the ‘Slice of Polenta’, is as thin as its name evokes, stretching seven storeys up and two basement levels down. Bronstein installed a selection of paintings, drawings and a video into the narrow stairwell, all of which examined Turin’s architectural specificities as well as the building itself. Bronstein also wrote and published an insightful accompanying book, The Description of Casa Scaccabarozzi.

Not a year for far-flung travel for me, but in Pittsburgh Douglas Fogle’s 55th Carnegie International ‘Life on Mars’ contained this sublime moment: Angels (1974–5) above Kandor (2007). Even if Bruce Conner had not died last year, his photograms of the 1970s would still have appeared to haunt Mike Kelley’s sprawling sci-fi installation like transmutating souls. At the time of writing I’m looking forward to seeing the Prospect.1 New Orleans biennial. Curator Dan Cameron is a veteran globetrotter whose exhibitions always transmit a commitment that starts in the studio and leads out into the world. Here into no place less profound than the post-Katrina landscape.

Devika Singh
Critic and scholar based in Cambridge, UK, and Paris, France

Less was definitely less at the 2008 Whitney Biennial in New York. Highlights of this downscaled edition, however, included Javier Téllez’ film Letter on the Blind for the Use of Those Who See (2007) and Spike Lee’s documentary When the Levees Broke: A Requiem in Four Acts (2006). At the slightly more ambitious but equally tame 5th Berlin Biennial the works displayed in and around the Neue Nationalgalerie engaged with their immediate surroundings from Daniel Knorr’s multicoloured flags, Nationalgalerie (2008), to Goshka Macuga’s architectural recasts, including Haus der Frau #2 (2008), and Susanne M. Winterling’s 16 mm film, Eileen Gray, the Jewel and Troubled Water (2008) of the condensation formed on the glass windows.

Although rather negatively critiqued at the time, the modesty of Adam Szymczyk’s and Elena Filipovic’s 5th Berlin Biennial lingers – from the austerity of a programmed patch of no-man’s-land to the exquisitely installed Neue Nationalgalerie. Also worth mentioning is Lance M. Fung’s ‘Lucky Number Seven’ – the seventh biennial at Site Santa Fe – another instalment of his familiar curatorial gymnastics to eke the best out of artists’ specific responses to a given context and given resources.

The 5th Berlin Biennial placed its stakes on an emotional and reflective cultural and aesthetic program that was at once minimal and vast. Curators Adam Szymczyk and Elena Filipovic did a fine job of setting up a show that carried subtle nuances, which were occasionally too cerebral, based on a direct intellectual exchange with the infinite evocative possibilities of the city of Berlin: its history, its social and architectural tradition, and its empty, open spaces.

Pauline J. Yao
Beijing-based independent curator and writer and winner of the inaugural prize for art criticism at the Contemporary Chinese Art Awards in 2007

This year not only witnessed the aligning of the ‘eights’ to mark the opening of the Beijing Olympics at 8pm on the eighth day of the eighth month of 2008, but also the coinciding of eight biennials and triennials throughout Asia. This artistic Olympiad boasted a trio of periodic exhibitions in China – the Shanghai Biennale, the Guangzhou Triennial and the Nanjing Triennial. Of these, Guangzhou’s provocatively titled ‘Farewell to Post-Colonialism’ promised to bring intellectual rigor to an otherwise overstated exhibition format, but in the end delivered only spotty curatorial selection and lacklustre works with tenuous claims to its overwrought theoretical framework. I thus found the restrained, if conservative, tempo of the Yokohama Triennale much more welcoming.

Q. What should stay the same? A. Curiosity, generosity, care. 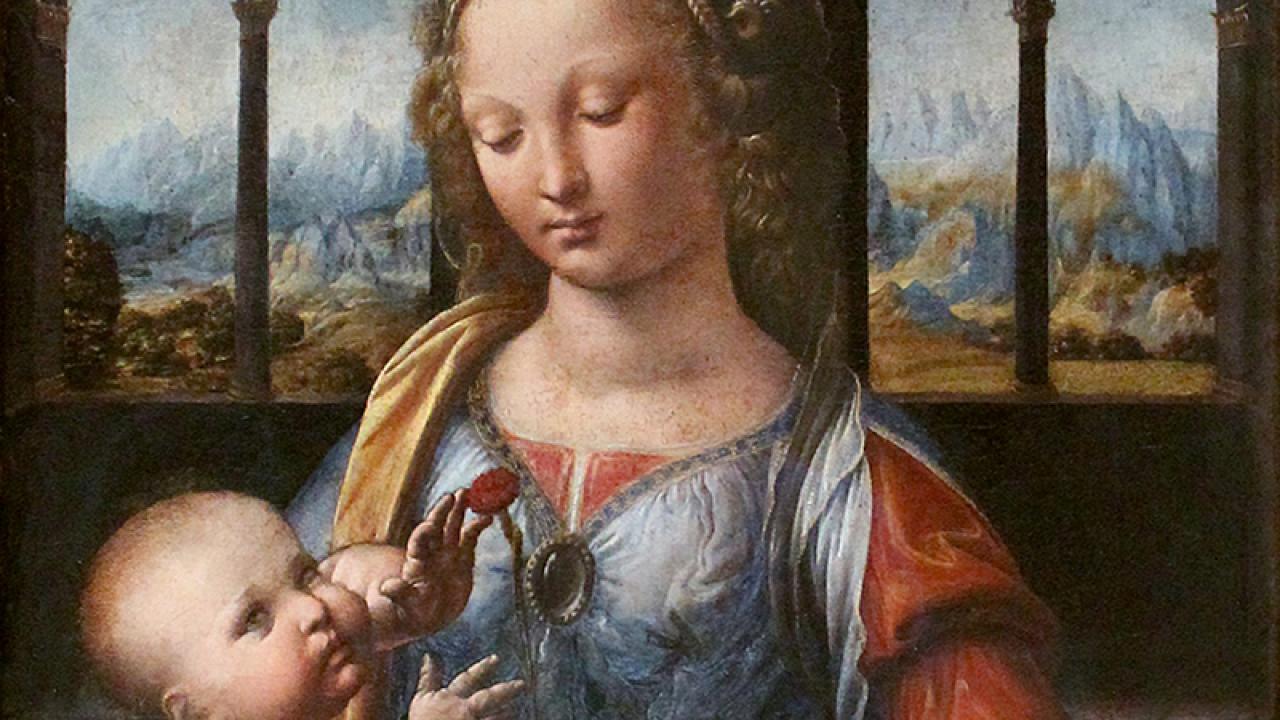 In further news: Beatrix Ruf and Stedelijk agree to ‘leave past behind’; Gaurav Bhatia departs Sotheby’s India after #MeToo allegations 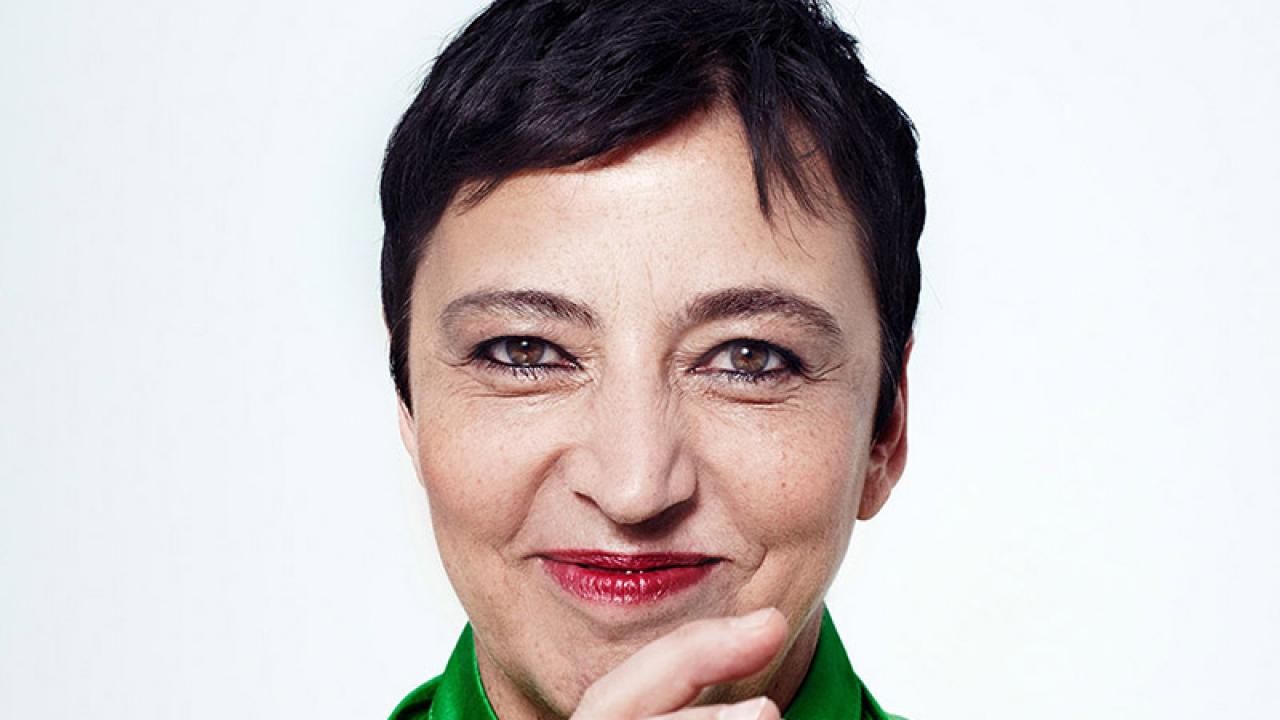 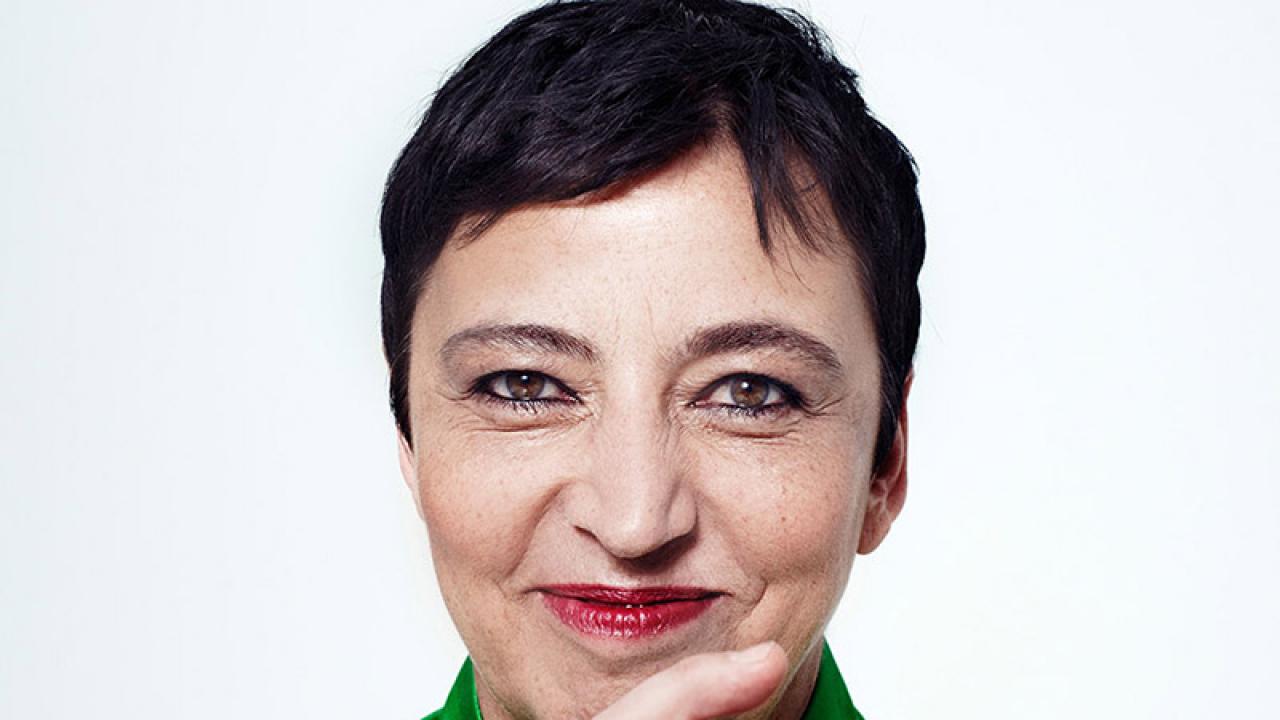 Ruf resigned last year after a potential conflict of interest; a petition claims that she is being punished for her connections 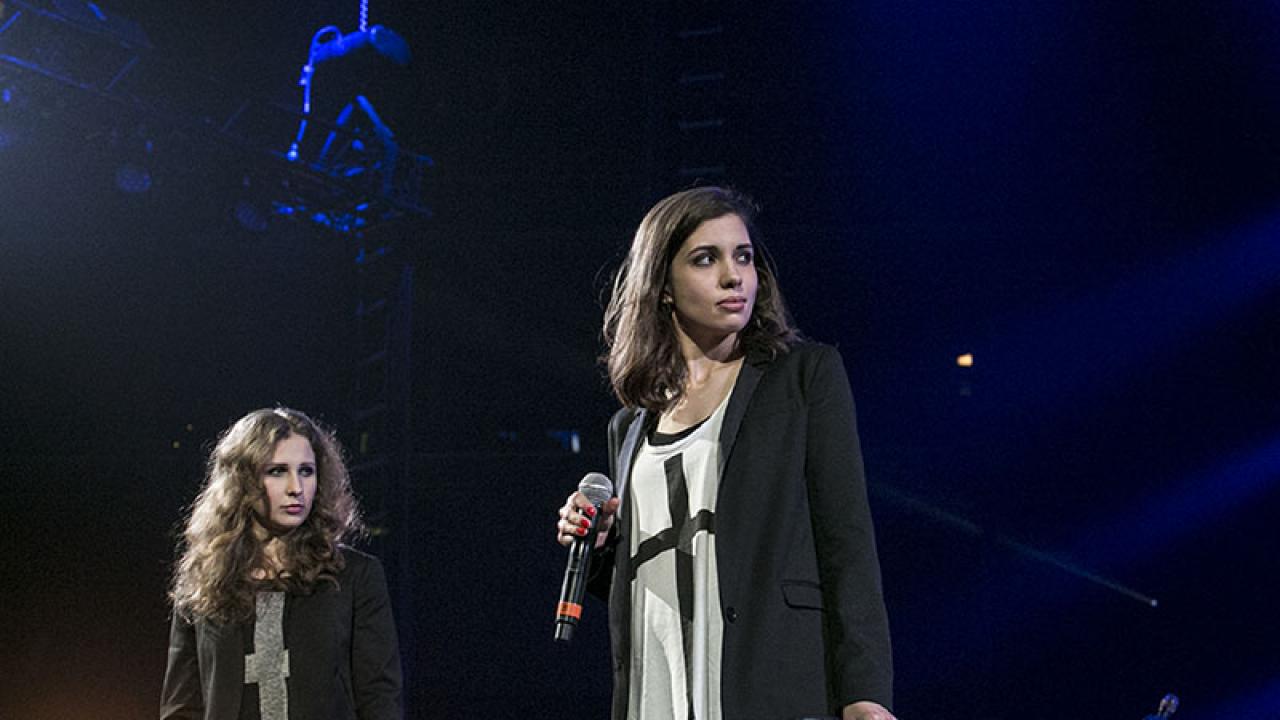 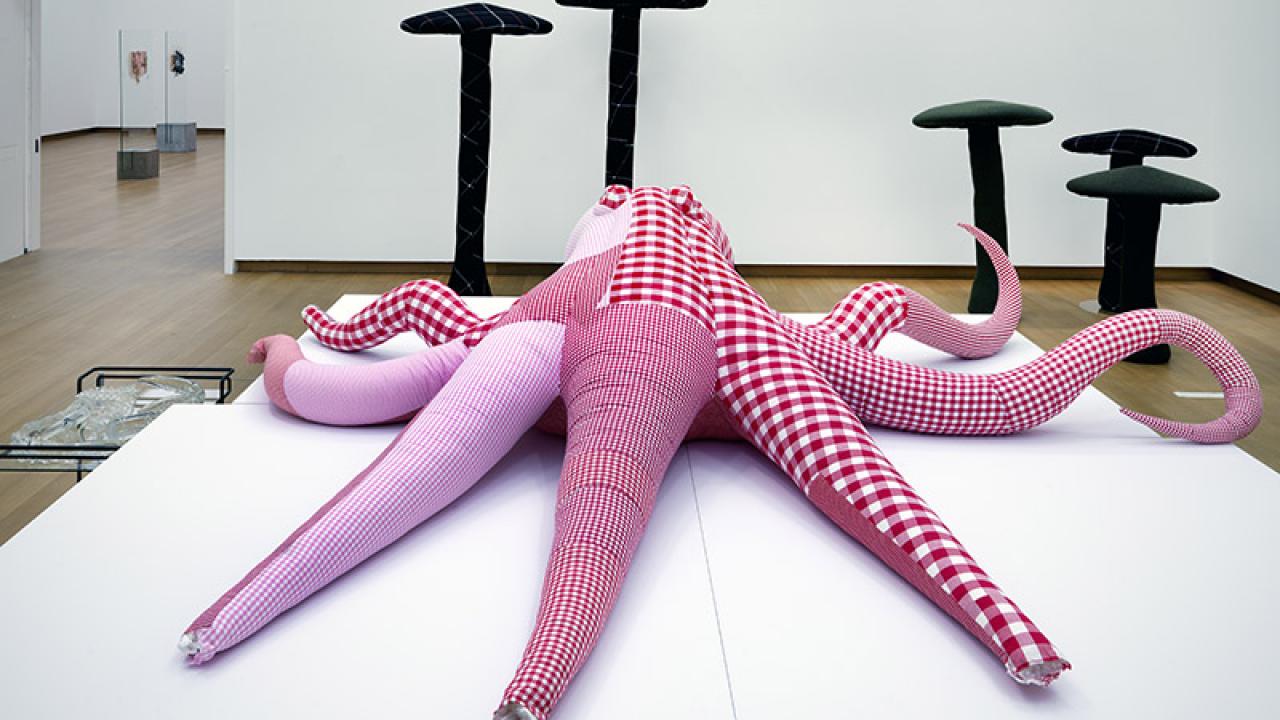 Opinion
Outrage Over Conflicts of Interest Misses the Mark 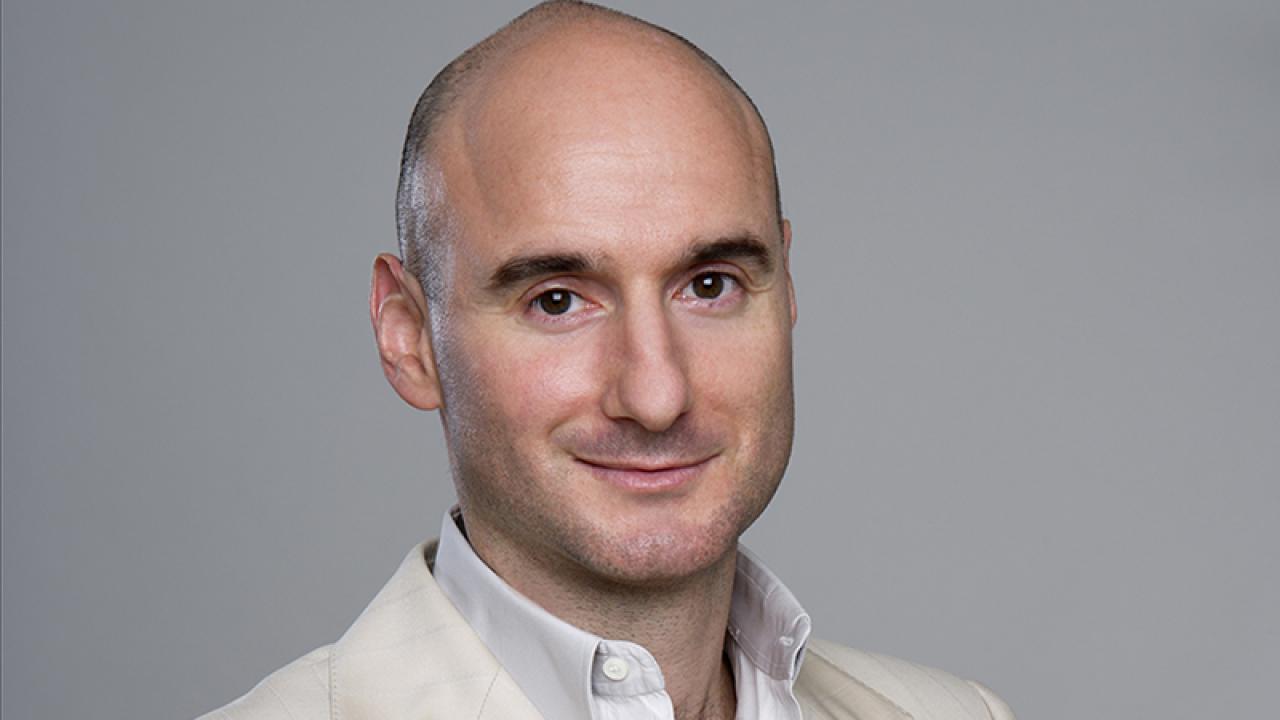