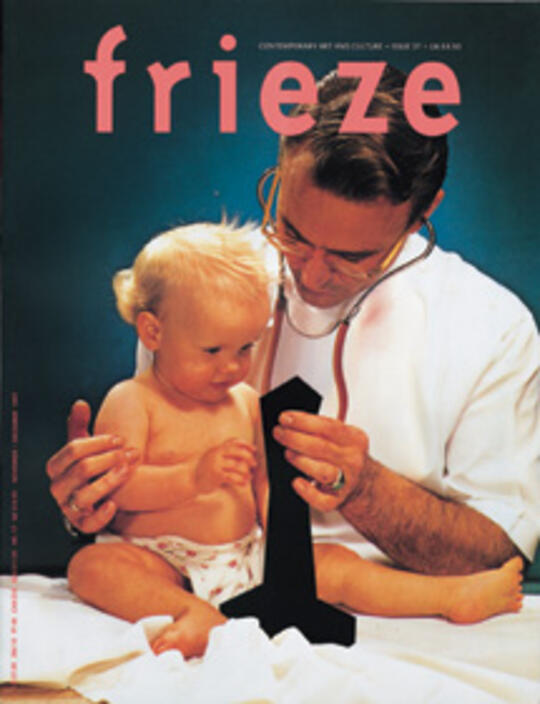 In LA the sun shines every day. And after a while it's not that you don't notice it but I'm not sure that you continue to care. Because you see the sun in the sky, every day, and then you see that same strong light radiating from the body of either a star on the street, or someone about to be a star, or someone who likes to look like someone who couldbe and, who knows, might soon be a star. Really, there are more people than you might think who go around looking just like the various physical embodiments your idea of sunshine might take.

In LA the sun, the one in the sky, shines every day and the other one, the one that goes by the name of Hollywood or the Industry or the Business, operates just like it: everything revolves around it, satellite-like. The porn industry revolves around it, the music industry revolves around it and the art world, the recently much-hyped LA art world, revolves around it; sometimes like a planet in its own right, more often than not like nothing that important - more like a moon. Everyone in the LA art world wants to be closer to the big sun of Hollywood; the closer you are, the more power cachet (sunshine) you have. I won't say much more about this now, but I will leave you with a thought about what's what: Anjelica Huston is married to an artist and can you remember his name and if you can, could you possibly describe one of his pieces?

In LA, art had better some-how confront the Hollywood sun and yet still be more interesting than its denizens and their machinations or else it isn't doing very much at all. Most art in LA is not more interesting than, say, the naked experience of seeing Anjelica Huston at an art opening or having Johnny Depp hold the door for you when you happen to be leaving a restaurant at the same time. Of course most art anywhere else isn't more interesting than that either. Charles Ray is more interesting because he confronts the world with questions (his materials) and does something so radically simple and odd and precise that the whole thing (art) is reformed and reformulated.

The work of Billy Sullivan is a mirror that reflects both of these worlds. He accepts the fact of sunshine, glamour; he knows the ins-and-outs of the history of art. His technique with pastel and India ink, and at other times, paint, puts to shame those younger artists who think you can examine the magical weirdness of fame, flash-bulb beauty and fandom with slipshod facture. You can't, darlings, just as you can't not know the tradition behind what you are doing. Sullivan knows portraiture, for instance - what John Singer Sargent, Marsden Hartley, Don Bachardy are up to when they consider the variety of glamour and musculature who happened to catch, or paid them to catch, their fancy. He knows it well enough to forget it all, which you must do if you are to accomplish anything of your own.

Sullivan recently finished a stint as consultant to a new movie called Old Friends. (He was hired to help a rather dull straight actor play a gay artist.) Most of his new work captures the buzz and glow of working with and thinking about who makes up Hollywood: their outfits, mannerisms, casual poses. Sometimes the stars he depicts are beautiful friends, anonymous to most of the world. In his little India ink sketch, Skeet and Friend (1997), the punky energy of the friend is just as captivating as Ulrich Skeet.

At other times the stars are just people caught in the regimes of beauty that help make them who they are. Stockard (1997) gets Stockard Channing in front of a vanity mirror; surrounded by perfume bottles and make-up, the lights are around her, and she beams her own light as well. A hairdresser in a lovely plaid shirt puts her hair into a snug chignon. In most of his pastels, Sullivan finds the busy jabs of fluorescence that light life and that most of us miss.

Sullivan's two odes to Skeet, both titled Skeet (1997), are carefree tours de force. In one he sits with a can of Budweiser on the table in front of him. He is a little scruffy with mussed hair. His blue jeans are loose and he wears a big sloppy top. A tipped-over bottle catches the light, which bounces around and off and from him in bright, neon-acid green. In the second, he dangles one arm loosely around a pole, something like the jewel of someone's heart dangles on a chain in his other hand. A little star centres his tank T-shirt. Like Cuba Gooding Jr, who relaxes near him in another portrait, he is who he is and at the same time who we may dream him to be: he embodies the realities of our fantasies.

Many too quickly dismiss Sullivan's art because of its milieu. But all he is showing is that whatever else life contains - and it contains a lot of that - it also contains moments of sheer unadulterated glamour and beauty, and if you don't believe this you have never really lived - meaning you have never seen someone smiling because they feel pretty, dressed up for a spectacular celebration, or dancing by themselves to some music they just made up in their head or are listening to ('Stoned Soul Picnic') on the radio. And about that and its relation to the enjoyment of looking at stars, Jack Smith wrote over 30 years ago: 'No one wants to miss an enjoyment and it is important to enjoy because it is important to think and enjoyment is simply thinking - not hedonism, not voluptuousness - simply thought'.