Travis is, of course, the newest Calvin Klein underwear model. I almost drove my car into a wall when I first saw him on a billboard on Sunset Boulevard. Part of his charm is his ability to derange and confuse space (that of the blue sky around the billboard, of my car and the wall) and to broadcast a particularly up-to-the-minute masculinity (fluid, available, dissolving) which confuses ­ or seems to ­ sexual categories. A Cancer with blue-green eyes and blond hair, Travis works with no last name ('I want to be like Prince') although he has one ­ it's Fimmel. According to one report, while living in London 'he "hosted" wealthy tourists, accompanying them around the city and organizing their social lives'. I'm not exactly sure what's covered by the term 'hosting', but I'm deeply interested in finding out. Klein 'hand-picked' Travis for the job; should he worry about the police raiding his home?

Tom Burr's work provides a way of considering the conceptual, spatial and architectural events situated by Reubens and Travis. Increasingly complex (his work builds on previous projects with a fugal rigour) and with an ever more hypnotic beauty (a knee-weakening deployment of disco-porn shimmer in the recent pink and yellow Perspex mirrors of Folding Screens, 2000, which hide their dazzle behind matt black stained wood), Burr's structures investigate the categorical limits and interdependence of the 'public' and the 'private'. What is most compelling about his investigation is that the aesthetic and design decisions, his objects' style, are as destabilizing and thorough as the work's politics. Of course it's all much more complex and much less programmatic: Burr's Model in a Box (1995) is a good example of how much is going on. A pristine architectural model of a sex club in wood and mirrored Perspex, contained within a portable wooden carrying case it recalls Duchamp's 'Boîtes-en-Valises'. The structure and facture of the model reveal the private life of Minimalism. The piece documents a space which operated as a private reprieve from the onslaught of public living. Inside the club space, constructed to highlight the body's objecthood and uses, such determinations are disoriented: the usually private affair of sex operates liminally, on display ­ public within the private. Considering the back rooms and dark corridors, one can see how the space also offers privacy within the private. By moving porno theatre structures to the gallery, Burr considers the builders' labour in constructing the sites of pleasure: what do they think while building such structures? What descriptions appear on city building permits? Was anyone turned-on building them? Repositioned in a gallery, does anyone care if they are watched getting aroused by the architecture of arousal? Burr's work shows not only how the concepts are codependent but how rapidly one dissolves into the other.

If, as Rhonda Lieberman has written, Jim Isermann wondered what was the faggiest thing he could do to the Minimalist object, Burr seems to ask much the same thing ­ with allegorical, political inference and a butch, brutal, black leather aesthetic. The nude wood of Model soon bruised to purple and black, as if Judd were exchanged for Tony Smith, Robert Morris and Richard Serra, creosoted and tarred by Robert Smithson.

By sexualizing institutional critique Burr's work reveals the waste and luxury of any spectacle. His work makes available the sexualized zone of seeing anywhere at all ­ the body existing liminally between sex/not-sex, which is the inescapable, spectacular, mutating instantiation of seeing/being seen. His work should be considered in relation to the sparse erotic environment of Calvin Klein's John Pawson-designed flagship store, the situational burdens of Paul Reubens, and the dizzying contradictions of Travis, as much as in relation to Minimalist sculpture (Tony Smith and Richard Serra), institutional critique, and the allegorical site (Robert Smithson). Burr allows all these things to be the commentaries and reflections of one another. Call it Brutalist in that it necessitates a confrontation between different registers of cultural discourse.

'Brutalism' was the title of Burr's most recent show at Galerie Neu, Berlin. It built upon previous work: Black Box (1998), which broke down a plywood black box into four corners, using a mirror for one of the sides, and providing a ledge, bar height, upon which were placed black ashtrays; Black Bulletin Board (1998), which juxtaposed stills from Kenneth Anger's Scorpio Rising (1964) with pictures of work by Tony Smith and photos of a dark, butch bar; Black Pavilions (1999), black plywood garden pavilion mock-ups; and his discrete photographic study, Palm Beach Views (1998), of four and a half metre ficus hedges in Palm Beach, Florida, 'through which only extremely rare, and potentially criminal glimpses into private gardens were possible'. 'Brutalism' centred around Quartered (2001) where the black box, divided into four Goth cubes, generated a black boxing ring. Bringing his interest in site mobility to a new level, the entire structure was poised on rolling wheels. Instead of biker boys, bars, and Smith, there were two black bulletin boards with photos of architectural works situated in New Haven, Connecticut (Burr's place of birth, and the academic residence of architect Paul Rudolph, Brutalism's paterfamilias). Insinuated darkly among these structures glowered photos of Jim Morrison (as Burr wrote for the press release) '... posing, dancing, and being arrested on stage in the New Haven Coliseum ... for verbally assaulting a police officer who accused Morrison of making a public sexual display with his girlfriend ... further secur[ing] his arrest by chanting 'fuck the police' on stage during the concert and encouraging the audience to accompany him.' Two of a suite of six black 'chairs or chair-like forms' in wood with cushions of black vinyl completed the exhibition's decor, providing 'the anti-brutal with heavy residual traces of repressed brutality'.

It is a prepossessing phrase. I think he's talking about ­ among many things ­ the black box itself; the black box in dialogue with the white cube, each having its own anti-brutal and brutal aspects, depending on one another, not unlike 'public' and 'private'. Little comment has been made on the role writing plays in Burr's project. He reconsiders and continues the thought structures in the writings of artists of the 1960s and 1970s. A key text, Burr's essay 'Trash' (1995), contains alternating sections drawn from interviews with different park caretakers and users with transcripts of dialogue from Andy Warhol's Trash (1970). It was written as part of his contribution to 'Plaztwechsel', where he displayed Circa 1977 (1995), a displacement of the Platzspitz, Zurich to the Kunsthalle Zurich (recalling An American Garden, 1993, a reconstruction of the Ramble, an area of Central Park infamous for gay cruising, as well as being a dream commentary on Paul McCarthy's The Garden, 1992). In 'Trash', Burr quotes Smithson: 'It seems that when one is talking about preserving the environment or conserving energy or recycling one inevitably gets into the question of waste and I would postulate actually that waste and enjoyment are in a sense coupled ... Like if we want a bigger and better car we are going to have bigger and better waste problems. So, there's a kind of equation there between the enjoyment of life and waste. Probably the opposite of waste is luxury. Both waste and luxury tend to be useless. Then there's a kind of middle-class notion of luxury which is often called 'quality'. And quality is sort of based on taste and sensibility. Sartre says Genet produces neither spit or diamonds. I guess that's what I'm talking about.'

The paths taken to expedite the transactions of desire have environmental consequences, an ecology. The landscape design term for such shortcuts is 'desire lines'. Burr is tracking such lines. 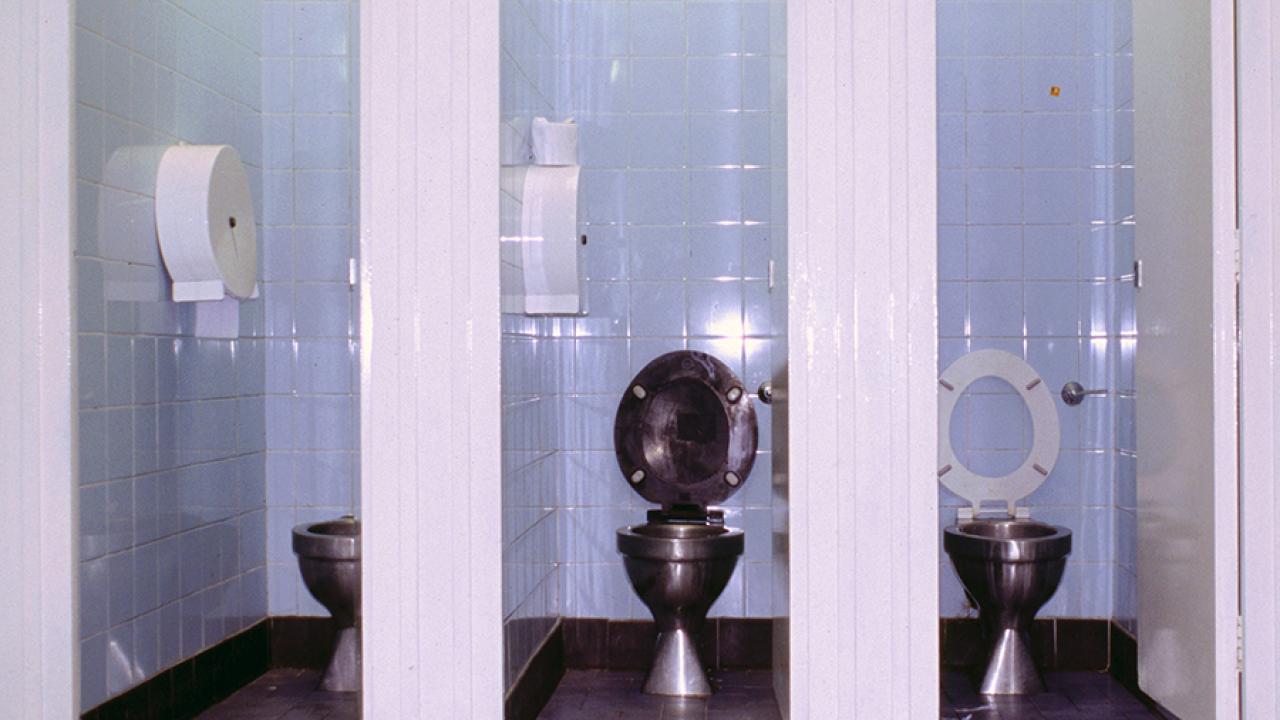 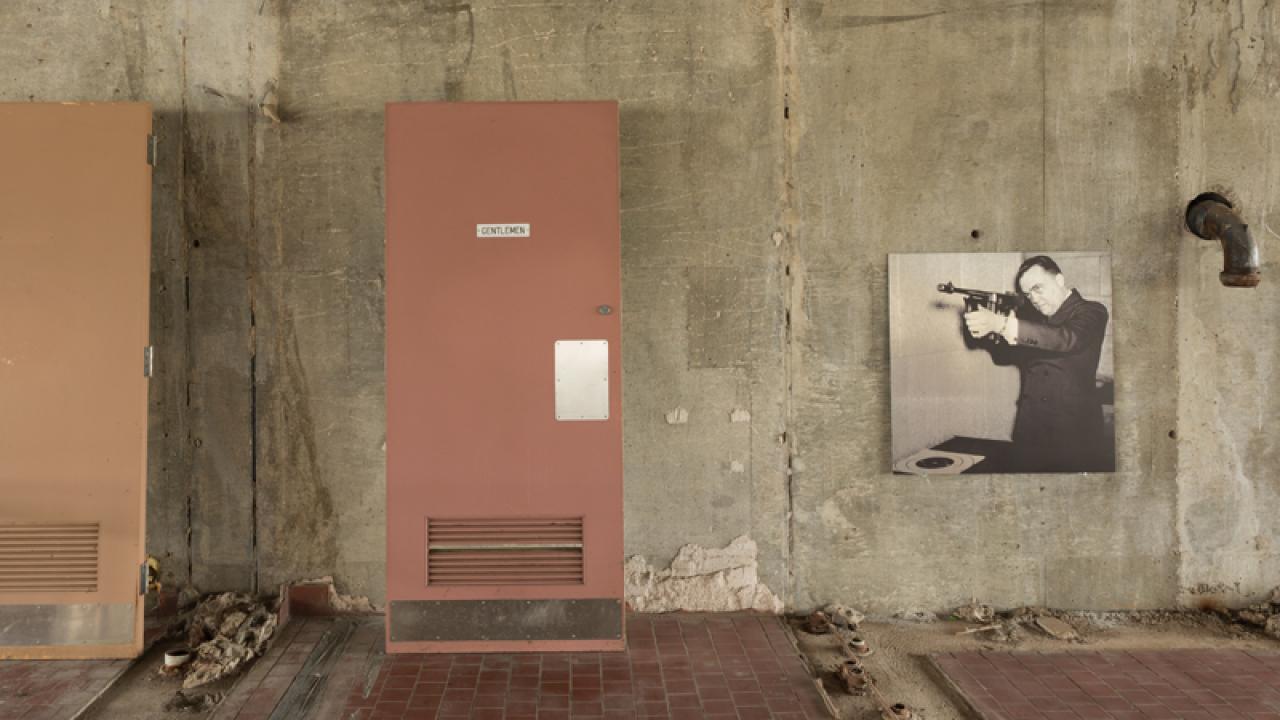 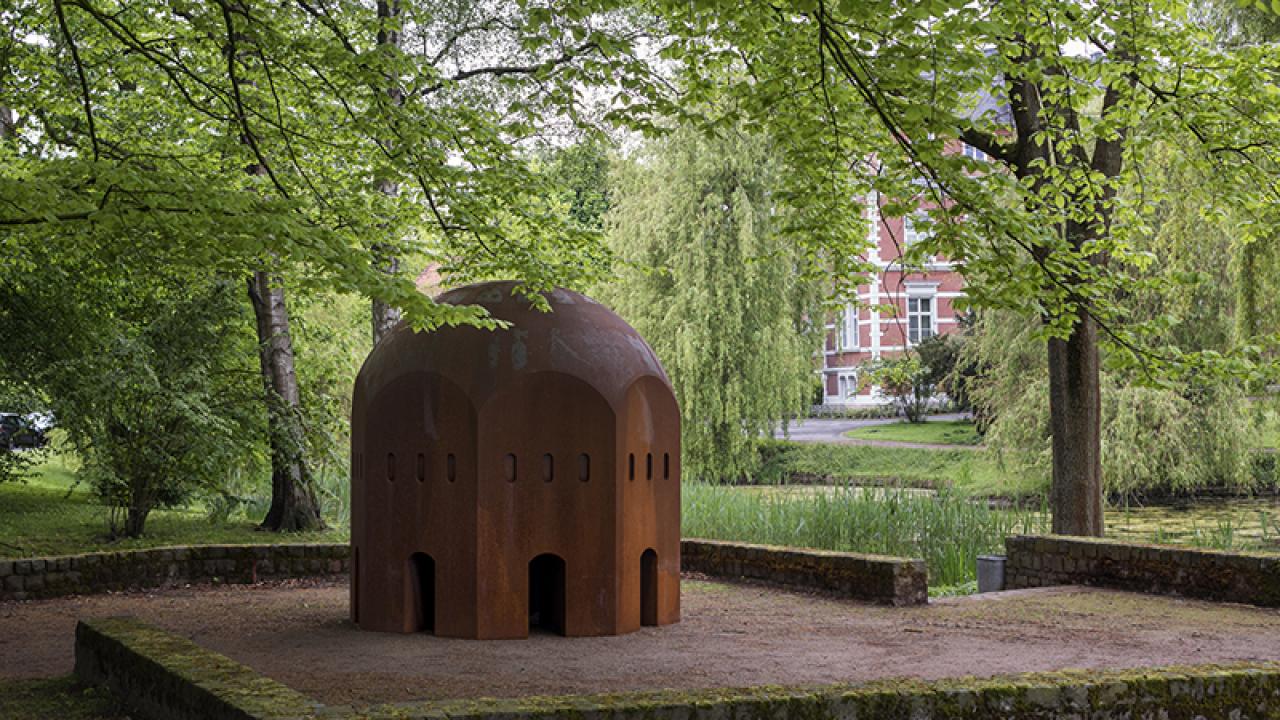 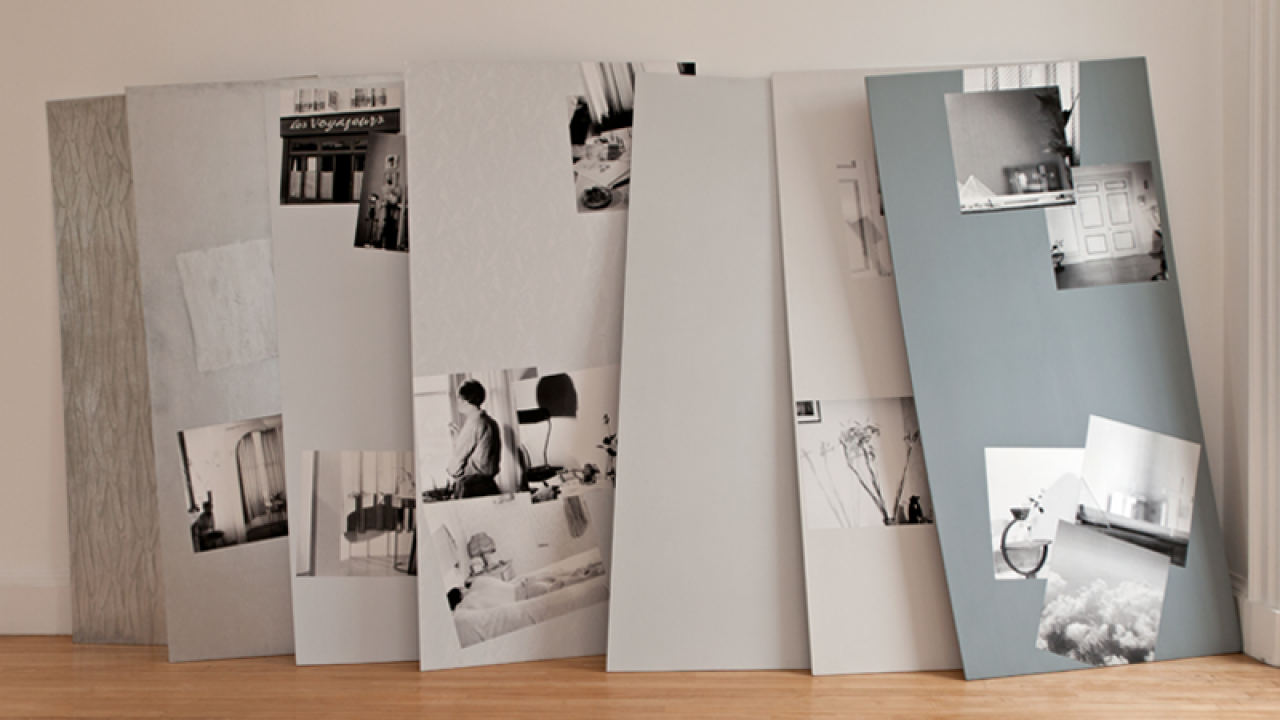 Reviews
Question the Wall Itself 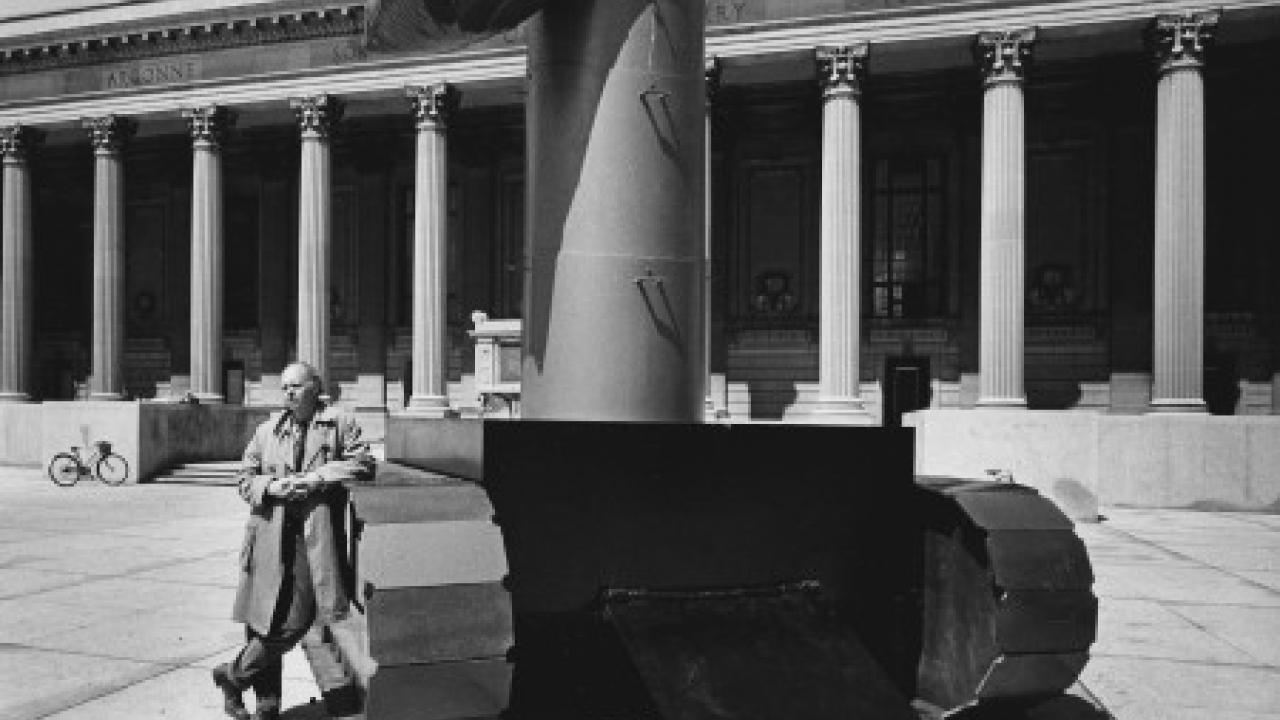 The artist will be exhibiting new work at Stuart Shave/Modern Art, London, in the spring of 2009