Asked to name a handful of contemporary African-American artists, most followers of contemporary art will reel off the names of Glenn Ligon, Kara Walker, Ellen Gallagher or Fred Wilson, artists whose conceptual approaches to issues of race, gender, and identity challenged the exclusivity of the white-dominated art world in the 1990s. But mention names such as Dean Mitchell, Alonzo Adams or Kadir Nelson and you'll probably be greeted with a quizzical stare. That's because these artists, among the 30 represented in the Studio Museum in Harlem's 'Black Romantic' - a show examining the 'figurative impulse' in current black American art - are anything but household names in the art world. Which is not to say that this is a show of 'outsider' art in the traditional sense: all these artists have found levels of commercial success as well as venues for showing their work, and nearly all have had formal art training. But the broad popularity of the kind of figurative Realism they represent exists almost exclusively outside the mainstream, within a parallel art world with distinct circuits of distribution, value and reception supported by an enthusiastic black middle class.

Thelma Golden, the show's curator, has admitted her own ambivalent, uncomfortable lack of familiarity with or fondness for this type of work, which for the vast majority of African-Americans defines the essence of black art. Known for her ground-breaking 'Black Male' show at the Whitney Museum in 1994 and last year's excellent 'Freestyle' exhibition at the Studio Museum in Harlem, Golden has successfully championed the kind of Postmodern strategies associated with Walker, Wilson et al., whose use of appropriation and irony characterized a generation of art-making. But such a definition of black art is the antithesis of everything in 'Black Romantic', a showcase of rather straightforward painting without a whiff of irony or critical detachment. Earnest, uplifting, realistic and, as Golden frankly observed, 'undemanding', this is art not just as most African-Americans see it, but as most people everywhere see it.

Precedents for this kind of work are everywhere, and include Winslow Homer, Grant Wood, the Wyeths and Norman Rockwell, whose legacy of homespun wisdom and comforting, if sentimentally humanistic, subject matter is in ample supply here. The show runs an uneven gamut from accomplished academic portraiture (Dean Mitchell's nuanced and poignant depictions of blue-collar workers and average Joes stand out) to quasi-religious moral allegories (inner-city angels, city kids tending flowers growing up from cracked pavements) to the kind of popular commercial fantasy pictures found at vendors' stands up and down 125th Street, outside the museum's front door. The latter category includes everything from Egyptian goddesses in leopard-print négligés to a visionary black Venus who is part Botticelli and part 1970s album cover art. This diversity seems to be the point, because while many of these artists show at regional galleries specializing in black art, many others find their audiences via art fairs, shopping malls, community centres and local colleges, and on posters, prints and greeting cards.

Tender, uncomplicated evocations of family and community - strong and proud male youths, beautiful and nurturing women, sagacious old-timers and happy kids - are the preferred subjects, however. While obviously universal themes, what differentiates these from other regional American genre paintings is a certain implicit imperative to counter the way African-Americans have historically been depicted by others, undoing negative portrayals of black life in the mainstream media. This subtle corrective can make the most conventional approach to art look like a progressive enterprise. What differentiates Kadir Nelson's illustrations of heroic basketball jocks and dignified children, for example, from Rockwell's Saturday Evening Post scenes of middle-class nobility and small-town wholesomeness is that the latter's mid-century imagery mythologized how white Americans already saw themselves, whereas Nelson and others are quietly claiming a new revisionist mythology to replace age-old stereotypes.

The Studio Museum in Harlem is in an unenviable position. On the one hand it represents a community and a culture, while on the other it is committed to presenting the foremost achievements of African-American artists to a wider world. The museum has been criticized by some in the black community, especially in its own backyard, Harlem, for ignoring precisely this kind of art in favour of the highbrow avant-garde practices that will be accepted downtown. 'Black Romantic' seems to be an acknowledgement and a questioning of those criticisms, and deserves credit for raising the issue of which black artists are on the inside and which are on the outside, and why. But the gesture, both hesitant and understandably equivocal, is unaided by a frequently underwhelming and mediocre selection of works. While the well-intentioned goal was clearly to suspend judgement and be inclusive, along the way the exhibition seems to have jettisoned curatorial considerations of quality - which is perhaps not the best way to get a potentially lively debate about taste, relevance, kitsch and the chasm between populist and élitist culture off the ground. 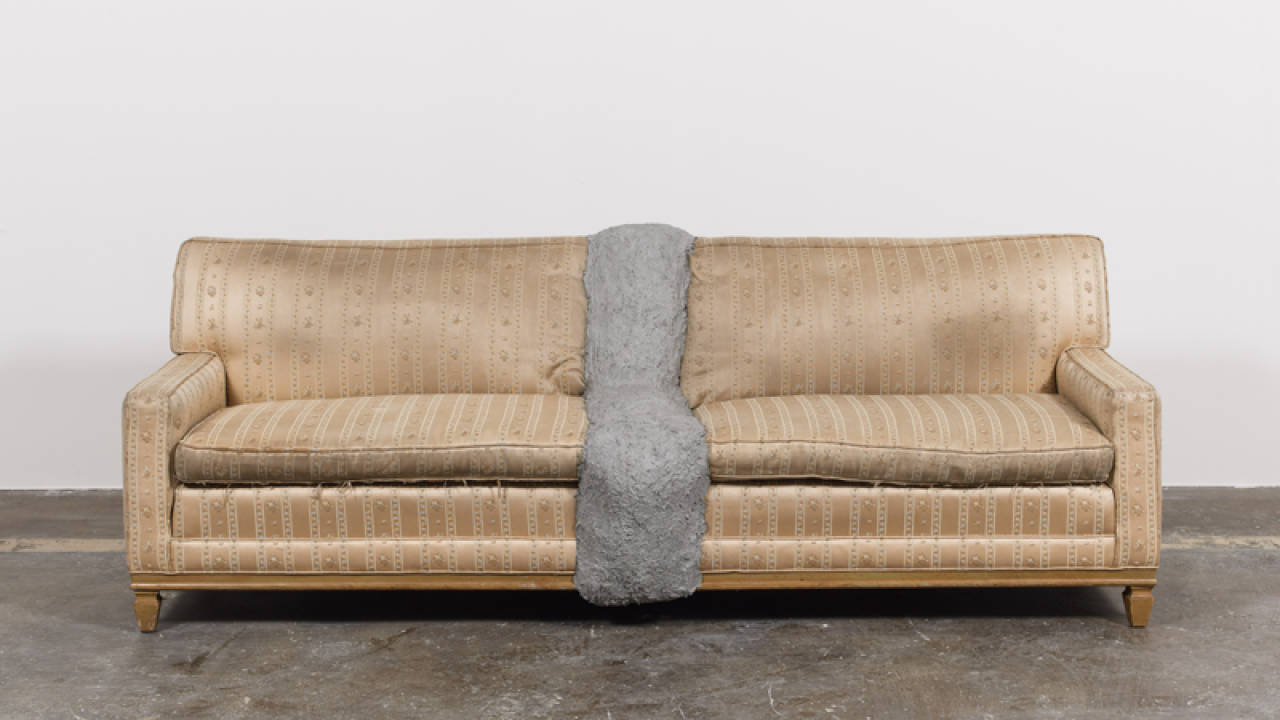 Reviews
30 Seconds off an Inch