Vanessa Peterson: As the artistic director of ‘Force Times Distance: On Labour and its Sonic Ecologies’ – an expanded edition of Sonsbeek contemporary art festival, which is taking place over four years across 14 locations in Arnhem – what was your curatorial approach to public spaces?

Bonaventure Soh Bejeng Ndikung: The idea was to create an artistic project that questions the notions of public and spatial politics in the realm of arts in public spaces. Together with my colleagues Amal Alhaag, Aude Christel Mgba, Antonia Alampi, Zippora Elders and Krista Jantowski, we wanted to put a spotlight on power relations, and question who has access to public space and who doesn’t? One way to pose such critical questions is to talk about labour because, while some people may be able to go to Sonsbeek Park on a Sunday to relax and look at art, many others can’t because they are working.

VP: What are the ‘sonic ecologies’ referenced in the title of this edition?

BSBN: At the preview of Sonsbeek 20–24, we commemorated Keti Koti, which marks the abolition of enslavement in the Dutch Caribbean. We invited the band ‘Ritmo Percussion’ to do a procession. Over the course of two hours, they took us through the history of the colonial enterprise and plantation labour. There was no moment when they pointed the finger at anybody – everyone was dancing in the procession – but you were cognisant of the fact that you were experiencing the narration of difficult histories of struggles and resistances. Creating that kind of sonic space affords us the possibility of thinking together. I’m interested in the performative or somatic perception of things, the way knowledge passes through the body. Whether you like it or not, your body soaks it in.

VP: Looking at many of the projects you’ve worked on over the past decade – Documenta 14 [2017], Bamako Encounters [2019], Dak’Art [2018], your exhibitions at SAVVY Contemporary [2009–ongoing] – it’s clear that power dynamics have been a key consideration.

BSBN: You’re right: I’m deeply interested in power dynamics because, unfortunately, the politics of everyday life are rooted in the establishment of power gradients: a constant process of profiting from the denigration of the other. Power is a recurrent theme in my work, but I wouldn’t say that the work itself is about power. As people concerned with the way society functions, the question we have to ask is: what space do you or I use to deliberate these things? The exhibition space lends itself to such considerations.

VP: Your new book, The Delusions of Care [2020], reflects on many forms of care. What are these delusions?

BSBN: Permit me to point out just one example: When we were curating Documenta 14, the artistic director Adam Szymczyk would ask: ‘To whom does Documenta belong?’ That is something I took with me. To whom do art institutions cater? Why do we see only certain kinds of people coming into museums and galleries? Yet, despite these institutions not catering to everybody, everybody pays taxes to enable them to function. The idea then becomes: how do we craft institutions that care for everyone and their histories? In recent years, there’s been a rush towards what institutions call ‘outreach’. That in itself is a failure because it stays within the realm of the symbolic. The institution doesn’t really care for you – it isn’t doing anything for you – but it functions within an extractive economy whereby it gets you to fulfil its own purpose. That is why we need to create institutions that think differently about the people around them.

We also have to be very careful to distinguish between genuine care and a performance of care that the institution believes to be right. Especially at a time where many are talking about radical care, there is a great disparity between what is said and what is practised. These are the multiple delusions of care.

VP: In July, it was announced that you will be taking over as the new director of Haus der Kulturen der Welt [HKW] in January 2023. Has that led you to consider what an institution should be?

In an exhibition space, we can have art, music, theatre, performance, film, natural sciences and literature. We have the possibility of weaving these disciplines together and finding ways of going beyond the narrow confines in which they’ve been put. Also, how can we grant more space to fiction and fabulation? For instance, there are few history books that elaborate on the impact of Islam inAfrica as eloquently as Maryse Condé does in Segu [1984]. That kind of possibility is exciting. These are spaces where we can think together. Education is another thing: how do we shape curricula? How do we create a space in which what people learn is of our time and takes into consideration all the different peoples in this world? We have a responsibility to do something. It’s definitely more than just a job.

Sonsbeek 20->24 Forces Time Distance is on view in 14 locations across Arnhem, The Netherlands until 29 August 2021. 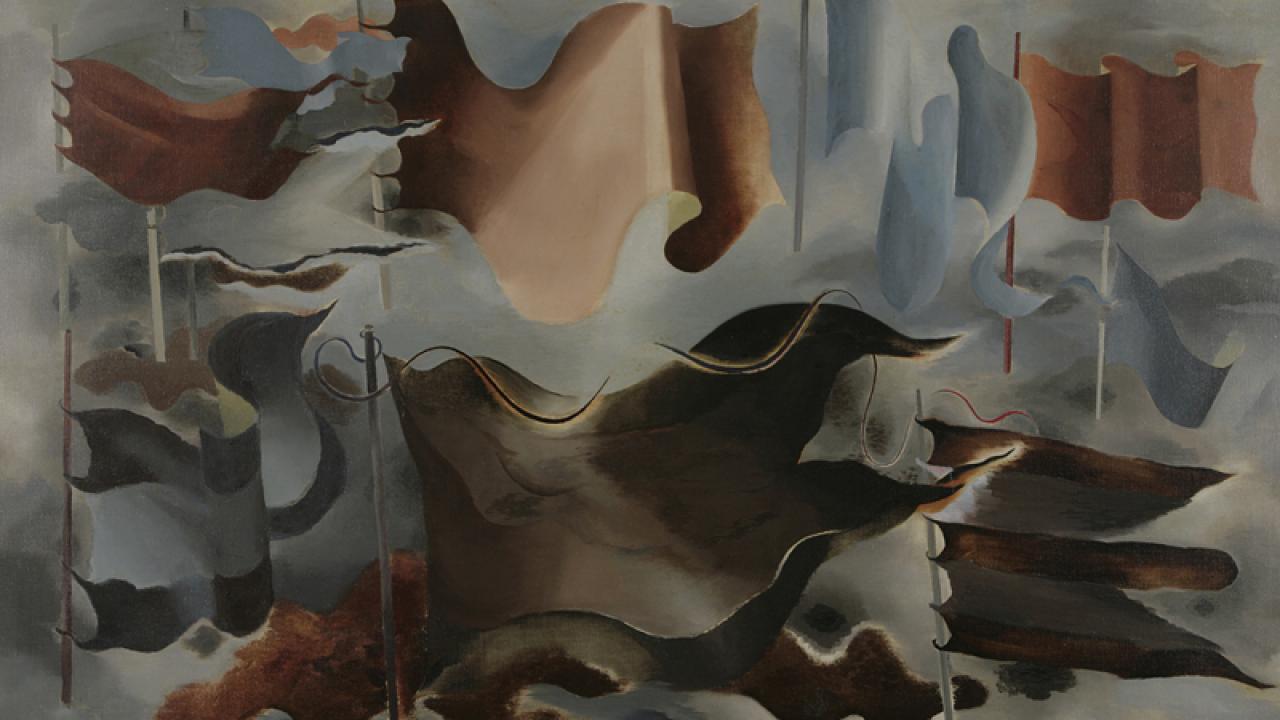 At Berlin’s Haus der Kulturen der Welt, an exhibition presents art from the turbulent interwar years as an archaeology of knowledge