Rebecca Solnit and the Not Surprised letter

On Monday 30 October, American essayist Rebecca Solnit appeared at the Southbank Literary Festival in London to discuss her new collection of essays, The Mother of All Questions (2017). The book includes ‘A Short History of Silence’, a 50-page-long account of the ways in which silence has been and continues to be imposed on women through structures of power, usually dominated by men. Solnit, who distinguishes silence from quiet – silence is imposed, whereas quiet is sought – spoke in a soft, fluty voice with a lilting cadence, like someone in the midst of a daydream. Referring to the recent campaigns to break the silence on sexual abuse in cinema, politics and art, she declared: ‘It’s kind of a watershed moment … I feel like this month in the US, a dam broke.’ As though to illustrate how quickly things are shifting, she corrected her own text, saying ‘I wrote “violence against women is often against our voices”, but I think I should say “always”’. Questions around how those who hold power deploy it to commit sexual offenses have been high on the news agenda since the Donald Trump Access Hollywood tape was made public in October 2016. But if Hollywood is a seat of power, and the women who accused Harvey Weinstein are powerful women, as Solnit pointed out, they still ‘had nowhere to tell their stories.’

Solnit’s writing is rich in evocative imagery, and she excels at geographic metaphors. In ‘A Short History of Silence’, she invokes Ursula K. Le Guin, who stated that women are like volcanoes, and writes, ‘new voices that are undersea volcanoes erupt in open water, and new islands are born … [in an] unmappable sea of unheard, unrecorded humanity’. Her mapping of intersectional feminism locates ‘the category “woman” [as] a long boulevard that intersects with many other avenues, including class, race, poverty and wealth.’ In a passage that draws on scientific research, Solnit cites a 2000 study from UCLA that analyzed the limitations of early findings related to the ‘fight or flight’ stress response, which were the result of experiments on male rats and male humans. It was only when those studies were expanded to include data gathered from female subjects observed by evolutionary psychologists, that a third kind of response to stress was identified, called ‘tend-and-befriend’. This is the urge to come together for support and friendship and to care for one another. Solnit acknowledges that it is not exclusively women who tend and befriend, but ‘perhaps women do this more routinely.’ Although this theory has caused controversy for its association with gender determinism, the practices of solidarity and support can begin to address the question that rings through Solnit’s history: what do we do with the pieces of a broken silence?

On the same day Solnit spoke in London, an open letter was published by women in the art world – on the Guardian website and on not-surprised.org – as a result of women coming together and sharing their personal stories of sexual harassment in the industry, in the wake of allegations of systematic sexual harassment by Artforum publisher Knight Landesman. Originally published with 150 signatures, the letter finished with close to 9,500 signatories, some of whom are men. Its title, ‘Not Surprised’, quotes from artist Jenny Holzer’s series ‘Truisms’ (1977–ongoing) and her phrase ‘Abuse of Power Comes As No Surprise’, a list of mass media clichés printed on posters and broadcast on the big screen in Times Square, New York, which Holzer said she intended to wake people up to the ‘usual baloney they are fed’ by the media and agents of power. But a truism is something everybody already knows, and simply asserting it risks preserving the status quo.

The language of the ‘Not Surprised’ letter is rousing, but it is also vague, and, so far, it has not unleashed a wave of denunciations or storytelling in the way the Harvey Weinstein scandal has. Each industry has its own way of responding to the problem of sexual harassment, and the art world has so far adopted a relatively abstracted tone. By all accounts the discussion that led to the Not Surprised letter began in an open and inclusive manner, although the spokespeople for the campaign quoted in the media are powerful artists, dealers and gallery directors – who may be well placed to share their stories without risking their reputations or livelihoods. Others are not in such positions of power and speaking up may cost them more. Yet while perpetrators are offered therapy, the abused are often pressed to find their voice and speak up, and it’s vital to acknowledge the danger of forcing survivors to substantiate their claims with details they may not want to share, or that may reawaken trauma. The fact that the authors of the letter publicly vowed to ‘denounce’ wrongdoers and provided a detailed definition of sexual harassment, but have not – so far – told their own stories shows just how hard breaking individual silences can be. 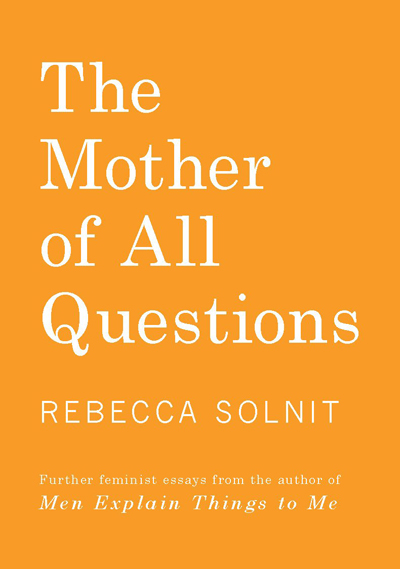 When I spoke to artist Phoebe Collings-James, who tweeted names of men who had sexually abused her with ‘groping of breasts, coercion, forced sexual advances, manipulation, racism. At studio visits, art fairs, private dinners’, she explained that the reason she named perpetrators was not so much to encourage others to use Twitter to do the same, but in response to the letter, and as a ‘reaction to thousands of women coming together, but making the collective decision not to name actual abusers’. Collings-James’s preferred course of action would be for a list of names and contexts to be compiled and then publicly released, in such a way as to allow women to remain anonymous if they so wished.

After silence is broken, the real work begins of breaking down the power structures that foster abuse and silence. The letter acknowledges the ‘Harder work to advance equity … expected of and performed by women of color, trans, and gender nonconforming people’, in a nod to the reality that systems of power – in the art world and beyond – are in desperate need of change. And one of the authors of the letter told me that the conversation continues, around how to provide a space where women can feel safe and receive empathy, advice, and protection in case of sexual harassment or violence, but also how to work towards dismantling patriarchal systems. In her essay on silence, Solnit describes the right to speak as ‘a kind of wealth’, which she believes is now being redistributed. Whatever power or ‘wealth’ the letter may have transferred from those first signatories onto the many who have now signed it, it can only be the beginning of a much wider redistribution of power.