I’ve seen my share of the unexpected in art galleries – masses of dirt in Walter De Maria’s New York Earth Room (1977); flights of human breast milk in Jess Dobkin’s The Lactation Station Breast Milk Bar (2006–16) – but the locker rooms in Brian Jungen’s show ‘Friendship Centre’ still startled me. Comprising mirrors, lockers and benches nestled in alcoves between the galleries housing this mid-career survey, their subtlety made me wonder if I were seeing things. Were they for the security staff? Why not wall them off if the show needed the space?

Then I got it: a classic Jungen touch, ambiguous, humorous, deftly transforming the materials at hand. Riffing on the galleries’ large, rectangular shapes, Jungen added free throw lines and hoops, installed the changing rooms and voilà: basketball courts, like those at schools, parish halls or friendship centres. A simple gesture, this transformation has far-reaching implications. In Canada, hundreds of ‘friendship centres’ support urban and rural Indigenous populations, providing social programmes and spaces for ceremonies, cultural activities and sport.

Basketball has long been a central preoccupation of Jungen’s practice, even landing him a 2005 feature in Sports Illustrated. Of the 23 ‘Prototypes for New Understanding’ (basketball fans will recognize the number from Michael Jordan’s jersey) that made Jungen famous between 1998 and 2005, 20 are on display here, still astonishing in how they resemble both splayed Nike shoes and Haida or Coast Salish masks. In recent years, Jungen has revisited the visual similarities between Air Jordans and West Coast masks, and seeing these series side-by-side highlights subtle, important shifts in his thinking. If the artist seems to have treated sneakers with reverence to make Prototype for New Understanding #1 (1998), in Walk This Way (echo) (2016) he has utterly eviscerated them. Although Jungen still sometimes carefully unstitches the shoes’ seams, respecting the labour involved in producing them, he also runs them through band saws or cuts them apart as if gutting a salmon, he says, or skinning a moose – a fascinating lesson which is offered by the show’s central work.

Modest Livelihood (Director’s Cut) (2019), a 46-minute, five-channel video Jungen made with artist Duane Linklater, follows both men hunting moose with Jungen’s uncle, Elder Jack Askoty, on the treaty lands of Jungen’s Dane-zaa community in Canada’s northwest. While often predictably – if engagingly – pastoral, Modest Livelihood has its surprises. One is the inexplicable yet undeniable visual satisfaction that results when, having skinned and dressed their quarry, Jungen and Linklater matter-of-factly approach the hide, stretched out like a blanket, fold it, roll it up and slip it into a plastic bag as the film ends. There’s also the shocking image, during the hunt, when one of the men, rifle cocked, pauses by a small assembly of pipes and valves. Likely from the oil and gas industry that has ravaged indigenous lands, they serve as a grim reminder that even the most pristine wilderness is under a constant threat of despoliation.

Jungen’s three ‘whale skeletons’ from the early 2000s – one of which, Cetology (2002), appears here – made from white plastic chairs and stretching nearly 15 metres long, create a similar conceptual loop: whale oil once lit our streets, only to be replaced by petroleum, the substrate of the plastic which makes up these works and whose flotsam now threatens whale habitats. Similarly, four works from 2011 stretch elk hide over manipulated icons of mid-twentieth century modernism (Eero Saarinen’s womb chair; Charles and Ray Eames’s aluminum group chair), hovering unsettlingly between odd domestic fixtures of indeterminate purpose and idiosyncratic ceremonial drums.

Jungen’s many productively destabilizing gestures lend this show its power. His ‘Prototypes’, for instance, never resolve into either Pacific Coast Indigenous masks or repurposed Air Jordans. And while the title reclaims the AGO’s galleries for Indigenous – specifically Anishinaabe, Huron-Wendat, Neutral and Seneca – people, the show’s locker room reproduces a homoerotically charged space, with its post-practice towel snaps, and nods to the gay subcultures of public athletic facilities such as the YMCA. Identity, of course, is never so simple as ‘one or the other’, and the artist combines cultural signifiers often forced into mutual opposition together with witty resolve. Gay and straight, Indigenous and settler, mass-produced and hand-crafted: Jungen places these terms in close conversation with one another, the Haida carver in dialogue with the NBA all-star. The final report of Canada’s Truth and Reconciliation Commission was issued only four years ago; Jungen’s work is a radical first step towards justice. 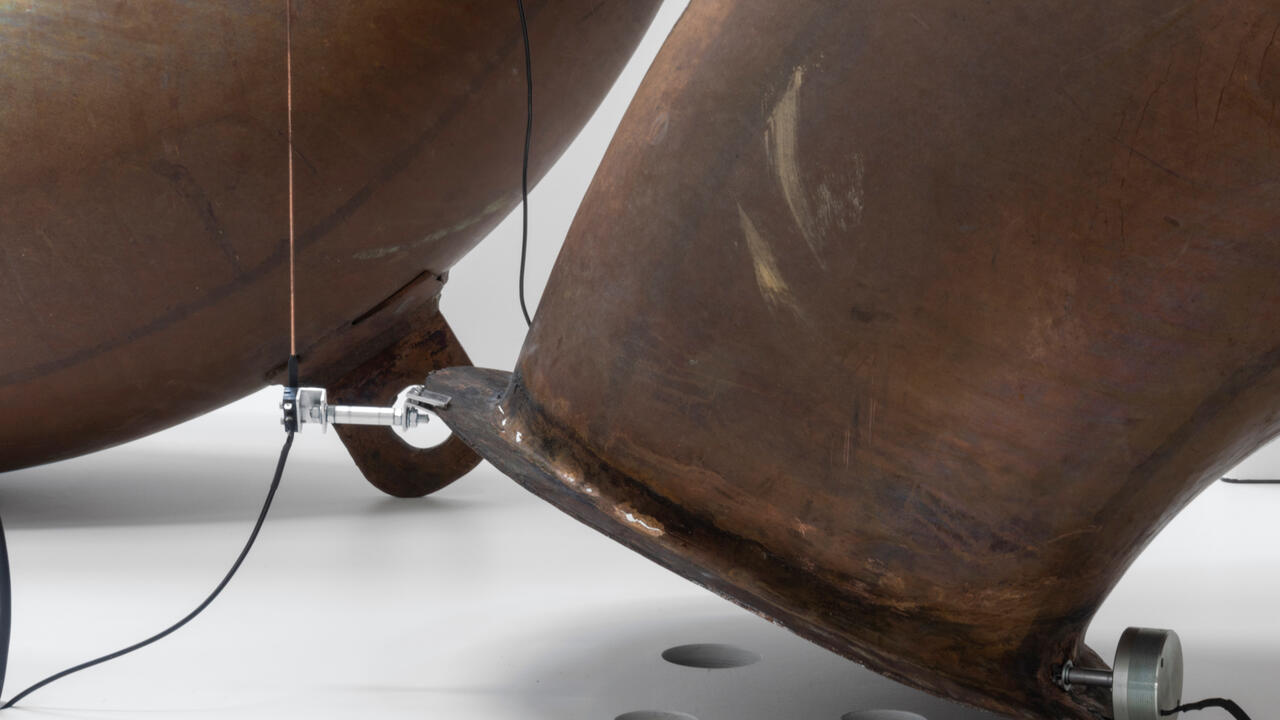 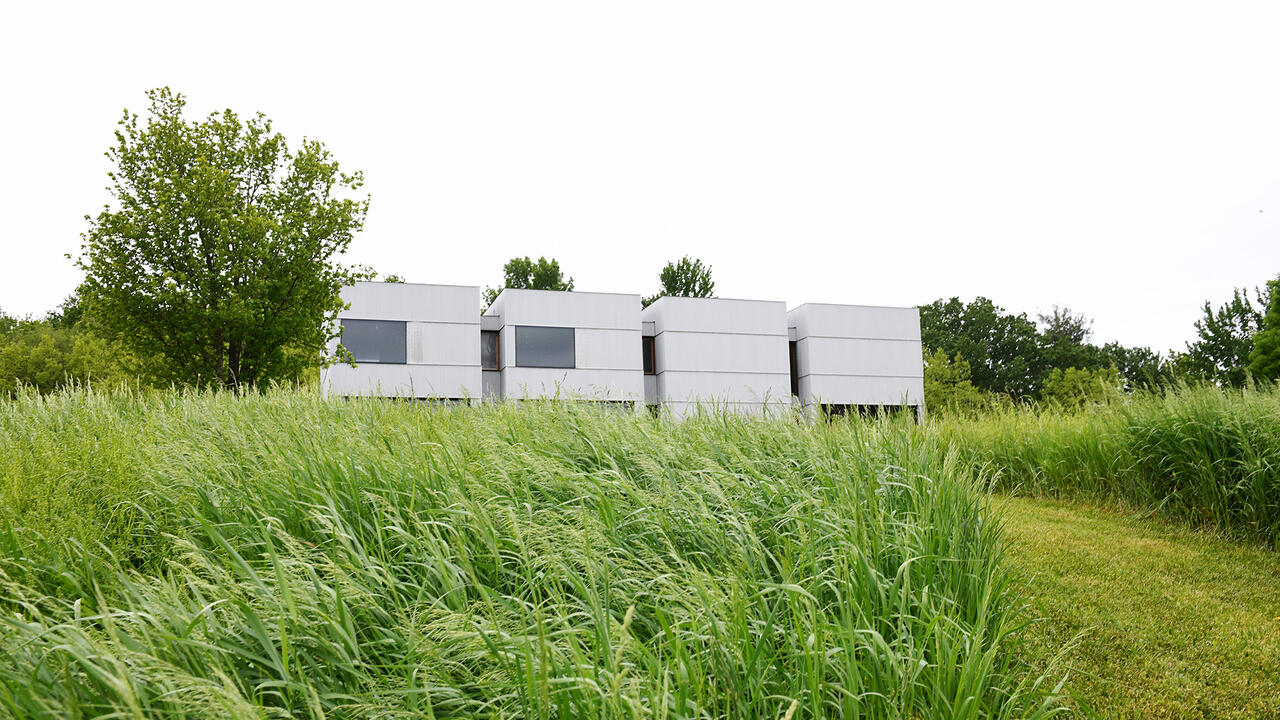