'Bringing LA And The Art World Together At Their Best!': Frieze Los Angeles 2020

What the media, curators and galleries said about the second edition of Frieze Los Angeles

Frieze Los Angeles closed on Sunday, February 16, having welcomed more than 35,000 visitors to the unique setting of Paramount Pictures Studios. 75 local and international presented exceptional solo and curated presentations, in addition to unique artist commissions as part of Frieze Projects and the Artist Street Fair in the open-air filmset of the Paramount Backlot.

Leading museum directors including Thelma Golden, Maria Balshaw, Cecilia Alemani and Michael Govan visited the fair, alongside influential entertainment figures such as Jennifer Lopez, Justin and Hailey Bieber, The Weeknd, Natalie Portman and Leonardo DiCaprio amongst many others.

Here's what collectors, media and galleries had to say about Frieze Los Angeles and its new sections and exhibitions

Galleries from around the world traveled to Hollywood to celebrate art and make sales, captivating an audience of art lovers and Tinseltown stars. If the VIP preview Thursday was any indication, excitement has only increased for this year’s second installment of the art fair. –
Vanity Fair

The preview brought celebs like Usher and Leonardo DiCaprio as well as plenty of less-well-known Angelenos, all eager to take in challenging contemporary work that tangles with cultural representation, the current political climate, visibility for Latinx communities, and other hot-button issues –Artnet

Los Angeles has for a long time played an important role within the contemporary art market with its legendary artistsand highlights that Frieze Los Angeles presents a perfect opportunity to gather the art world and its aficionados and organise numerous events. –Le Point

Frieze Los Angeles supported many amazing artists' projects, talks, and screenings–and inspired museums and galleries through LA to expand those offerings with their own programs. Thanks especially to Frieze, this weekend L.A. celebrated artists as well as their art - Michael Govan, CEO and Director of Los Angeles County Museum of Art

For the second time, Frieze brought so much excitement and energy to all the artists and art communities here in Los Angeles. Frieze Week brings LA and the art world together at its best! - Klaus Biesenbach, Director of the Museum of Contemporary Art Los Angeles

The Broad is proud to support Frieze Los Angeles as it quickly becomes a major international draw for collectors, curators, artists and a wide audience of art enthusiasts, further cementing L.A.’s status as a uniquely positioned arts capital - Joanne Heyler, Founding Director of The Broad 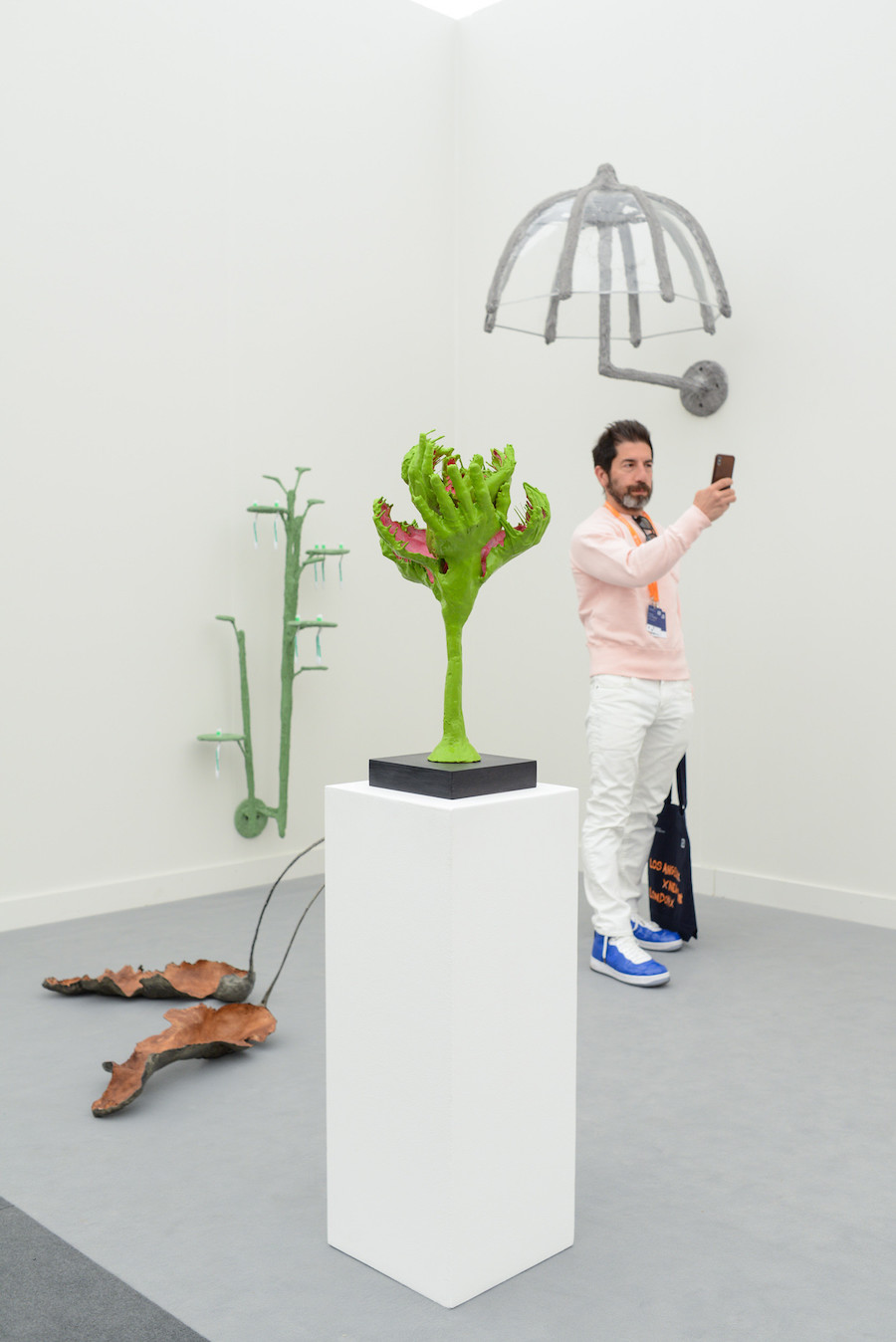 Frieze LA brings to the forefront a unique vibe that is unique to the west coast, and its venue within the Paramount Pictures Studio is unlike any other fair - Bo Young Song, Managing Director of Kukje Gallery

As a Mexican / Los Angeleno gallery, Frieze proved itself to be a good occasion to introduce our program to our local collectors and the international audiences, the institutional attendance was great and we made great contacts, and we love Los Angeles - Fernando Mesta, Owner of Gaga

We were thrilled with the engagement we had from California-based collectors, which included placing several James Turrell works in private collections and raising over $3 million in donations towards Turrell's Roden Crater - Marc Glimcher, CEO and President, Pace Gallery

Frieze Los Angeles returns in February 2021. The next Frieze Fair is Frieze New York in May. Tickets are on sale now. Find out more.