This is a remarkable achievement for one of the world’s poorest countries, where almost 70 percent of the rural population lives below the global poverty line, according to a 2015 World Bank report. The new museum is also an unexpected signal of cultural openness by the historically repressive Togolese government. Having staged the first military coup d’état in postcolonial Africa in 1963, former President Gnassingbé Eyadéma ruled the country with an iron fist from 1967 until his death in 2005. Since then, however, his son, President Faure, has been more permissive, allowing freedom of speech and artistic expression, if only a limited degree of democracy. (While elections for municipal councillors were held in 2019 for the first time in 32 years, Togo’s National Assembly continues to be run by a single party.)

The museum is housed in the colonial Governor’s Palace, constructed in 1905, which served as a base for the Togolese state after the country gained its independence from France in 1960. For the past 20 years, however, it sat empty, until an extensive restoration project – costing XOF 2.2 billion (GB£2.87 million) – was completed in November 2019. Occupying the palace’s stately banquet halls and residential quarters, the new institution is large enough to accommodate five simultaneous exhibitions and abuts an 11-hectare garden, displaying works by Togolese sculptors such as Amouzou Amouzou-Glikpa and Sadikou Oukpedjo – another first in West Africa.

‘Three Borders’, the most contemporary of these shows, delves openly into the turbulent history of the region. In Togolese artist Emmanuel Sogbadji’s painting The Intercessor (2006), a tall, semi-abstract figure holds a long knife. Flanked by two men, he appears defiant in the face of an interrogation. Nearby, Nigerian artist Kelani Abass’s collages, ‘Memories (Calendar Series)’ (2013), incorporate family photographs into old newspaper clippings, lending a personal charge to artefacts of Nigeria’s own history of military rule.

The country’s burgeoning cultural scene has not gone unnoticed. As Claude Grunitzky, a New York-based Togolese editor, told me: ‘Many creatives and artists have begun to return to Togo as “repats”, […] leading interesting projects and ventures in the creative industries.’ ‘The Palais de Lomé is a newborn child, one we have been awaiting in Togo for so long,’ added Clay Apenouvon, one of the country’s most prominent artists, who protested against the junta in his youth before relocating to Paris in 1992. Apenouvon is setting up a second studio in Lomé, where he now spends several months of the year. Not all are so optimistic, however: a Togolese artist, who wished to remain anonymous out of fear for his safety, told me that the Palais ‘will just be for the state. It won’t help the people.’

The stakes are clear for Sonia Lawson, the Palais de Lomé’s inaugural director. A former luxury goods executive for L’Oréal and LVMH, she is very close to the halls of Togolese power: her sister, Cina, has been Minister of Postal Affairs and Digital Economy since 2013. ‘We want to be a centre for artistic excellence in Togo, but also a hub for the entire West African region,’ Lawson told me. ‘We aim at being among the most advanced cultural institutions on the continent – ready to engage with questions of sustainability and climate change.’

The museum’s current comprehensive public funding model distinguishes it from comparable institutions on the continent, such as Zeitz Museum of Contemporary Art Africa, which opened in Cape Town in September 2017 following a major long-term loan of artworks by German collector Jochen Zeitz, and the Museum of African Contemporary Art Al Maaden in Marrakech, which opened in 2018 with funding from the Lazraq family. Half of the Palais de Lomé’s government funding is set to expire at the end of its first year, however, so Lawson intends to form a board of donors of African descent, who she hopes will acquire new works from the continent and its diaspora for the museum’s collection.

As a state-backed initiative, the Palais de Lomé resembles public arts institutions in the Gulf region – such as the National Museum of Qatar, opened in 2019, and the soon-to-be-completed Zayed National Museum in Abu Dhabi – which aim to boost cultural capital and foster local arts communities while improving the public image of governments viewed as repressive. It remains to be seen whether Lomé’s newest museum will spur substantive change or merely serve a propagandistic function, but  the signs thus far seem promising. With ‘Three Borders’, Togo is not only looking outwards – to its neighbours and the international art world – but reflecting inwards on its own difficult history. That is a model for all of Africa to follow.

This article first appeared in frieze issue 209 with the headline ‘Lomé Confidential’.

Rebecca Anne Proctor is the editor in chief of Harper’s Bazaar Art Arabia. She is based in Dubai. 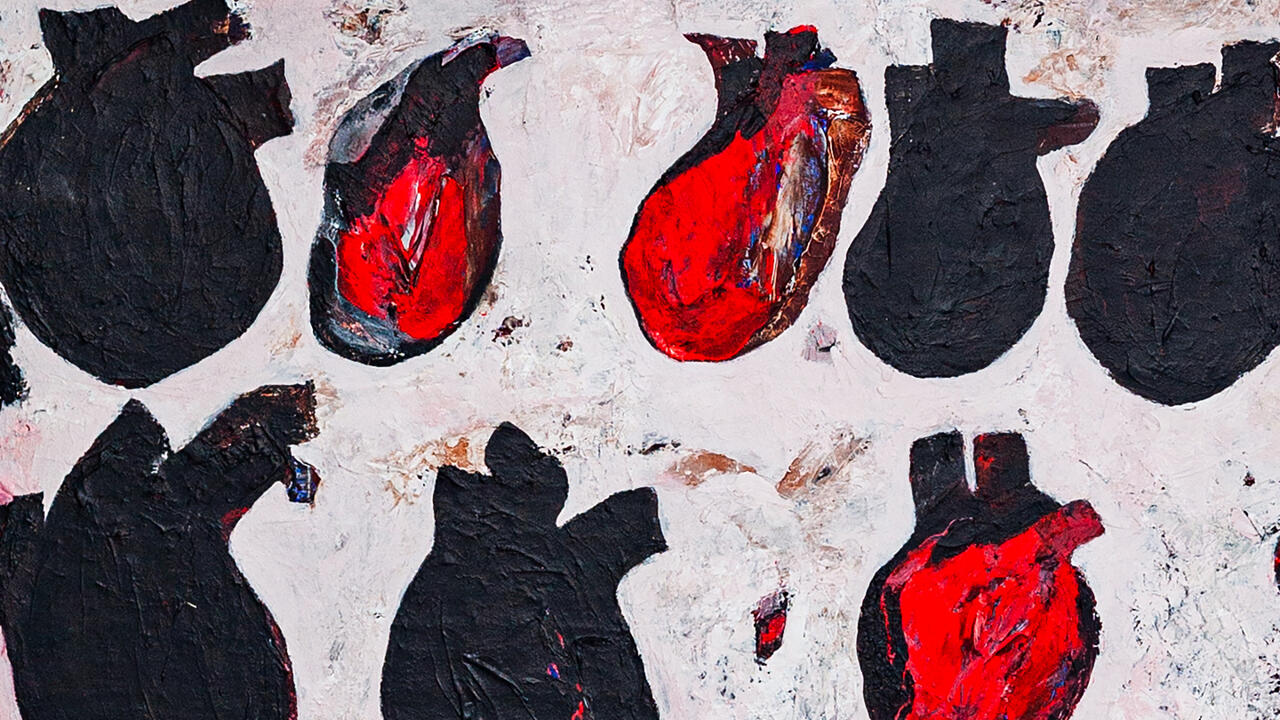 Exhibition Reviews
Madagascar’s Visions of the Self

At Hakanto Contemporary, Antananarivo, a group show attempts to portray a Malagasy identity through figurative and conceptual work