I have looked at this photograph many times. It was taken in Memphis, Tennessee, in 1960 – the year before Barack Obama was born. Nothing seems amiss, until you notice the policemen, especially the one swinging a billy club, and the colour line that separates the officers from their catch. The Commercial Appeal, the Memphis daily that published the photograph, explains the rest in a headline and a caption in its 23 March 1960 issue: ‘Students Under Arrest. A group of Negro students from LeMoyne College found themselves quickly under arrest when they visited Brooks Memorial Art Gallery in Overton Park yesterday morning. They had gone there to protest against segregation policies under which the gallery operates.’

I began wondering about the impact of segregation laws on American public museums after seeing Fred Wilson’s installation Guarded View (1991) – four headless brown mannequins wearing museum-guard uniforms – in the exhibition ‘Black Male: Representations of Masculinity in Contemporary American Art’, curated by Thelma Golden at the Whitney Museum of American Art in 1994. But obtaining information on segregation in museums was not easy. Much research on race relations in the American arts either criticized the dearth of African-American artists in what remains an exclusionist canon or revealed white prejudices in art works depicting African-Americans. The focus was not on the viewing public, but on the art: who made it and what it represented. Yet Wilson’s installation suggested an absent – headless – audience: hired to be present but unworthy of looking.

One year later, I found my answer at the Schomburg Center for Research in Black Culture on Malcolm X Boulevard in Harlem. In that pre-Google era, I searched through bibliographical tomes documenting the horrific span of segregation: housing, playgrounds, parks, education, transport, health care, restaurants, theatres, hotels. I found nothing on museums, until I came across the subject of ‘Racial Discrimination’ in Lynn Igoe’s 250 Years of Afro-American Art. An Annotated Bibliography (1981): ‘The literature includes many references to racial discrimination applied to artists and artisans, ranging from beliefs that blacks lack creativity and talent in the arts to denying blacks entry to art museums and failure to include them in exhibitions. During the 1960s and ’70s, protests over racism became particularly vocal.’ Still, only 21 articles were listed, and only one referred to the incident at Brooks.

How is a museum segregated? The answer is not obvious. Segregation is driven by the supremacist fear of racial and ethnic contamination through touch and contact, even indirect. In the USA, blood was segregated, despite the discovery of universal blood groups. American segregation laws made the colour line into a literal border, physically excluding African-Americans. Yet, unlike a bus, a museum does not lend itself to physical borders. Where is the ‘back’ of a gallery when paintings hang on all four walls? And so Brooks established a rare form of segregation based on temporal divisions. Every Thursday was ‘negro day’, according to municipal laws governing the museum as well as the Memphis Zoo. The unnamed students in the photograph had dared to visit the museum on a Tuesday: 13 were arrested and jailed, including six standing outside the museum. In reports about the sit-ins that spread across Memphis that spring, the response was the same whenever police asked the passivists to leave: ‘They stood or sat mute and were taken to jail.’ (Memphis Press-Scimitar, 22 March 1960).

Why didn’t Brooks – and other museums that practiced segregation de jure – create two art collections: one for whites and one for blacks? After all, segregation laws had doubled other public facilities: water fountains, schools, hospitals. This answer is more obvious. If there had been two collections – or two museums – the ‘white’ one could no longer make a claim to being universal. Art for ‘whites only’ would be particular, representing only white taste. Letting ‘negros’ into the public museum one day a week was an unavoidable way to guarantee the universality of what was, in effect, purely white culture. It was not enough to marginalize African-Americans; they were required as silent witnesses to their own exclusion by a supremacist culture masquerading as a universal one. Wilson’s headless guards could well be historical African-American museum visitors: required to be present but unworthy of looking. No wonder the passivists said nothing.

By December 1960, thanks to the sit-ins, both the museum and the zoo were desegregated in Memphis, although discrimination de facto would persist long after. It’s hard not to see, for example, the present-day lack of a universal healthcare system as segregation by other means. While inciting change, the strategy of the passivists at Brooks may hold some insight into Obama’s approach, which seems to look beyond the claims of identity politics to reclaim public space for every American. Identity politics of the 1990s, while fully justified, aimed to underscore and to correct inequalities in the wake of the Civil Rights movement. Obama seems to call once again for an all-encompassing public space where, if differences exist, they exist in opinions rather than rights, de jure and de facto.

Reviews , UK Reviews
Gordon Parks and The Politics of Colour 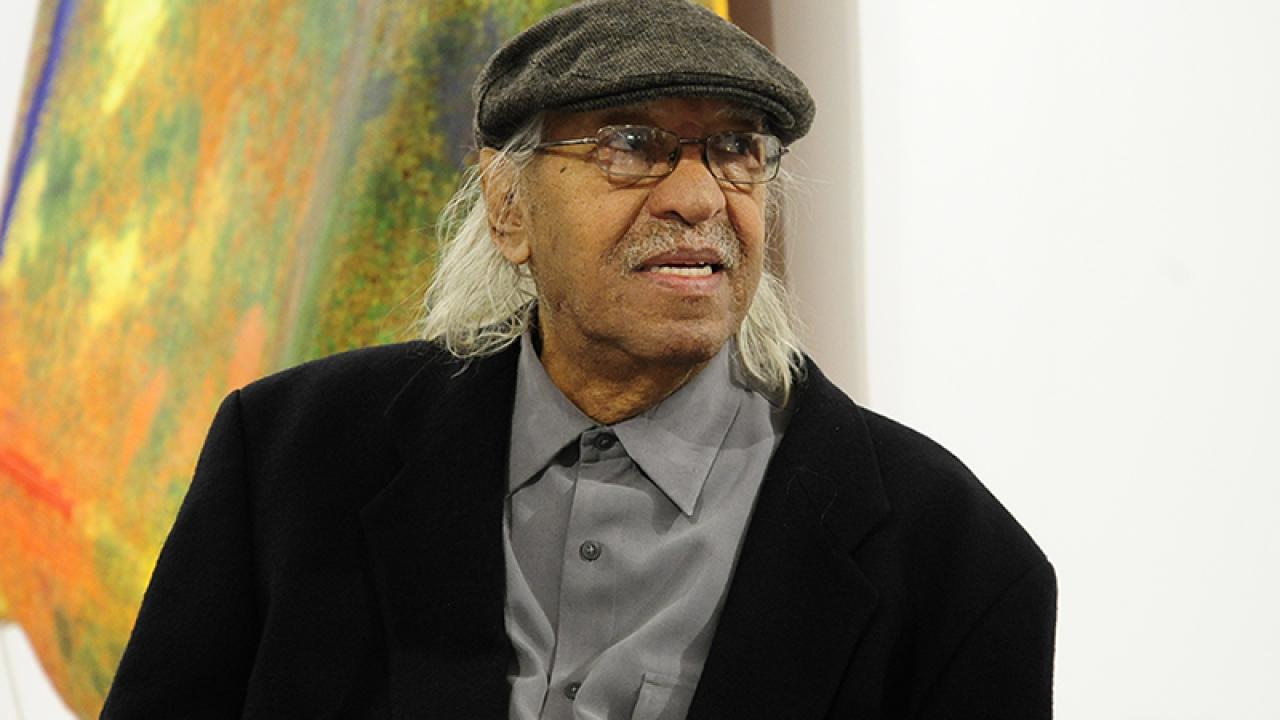 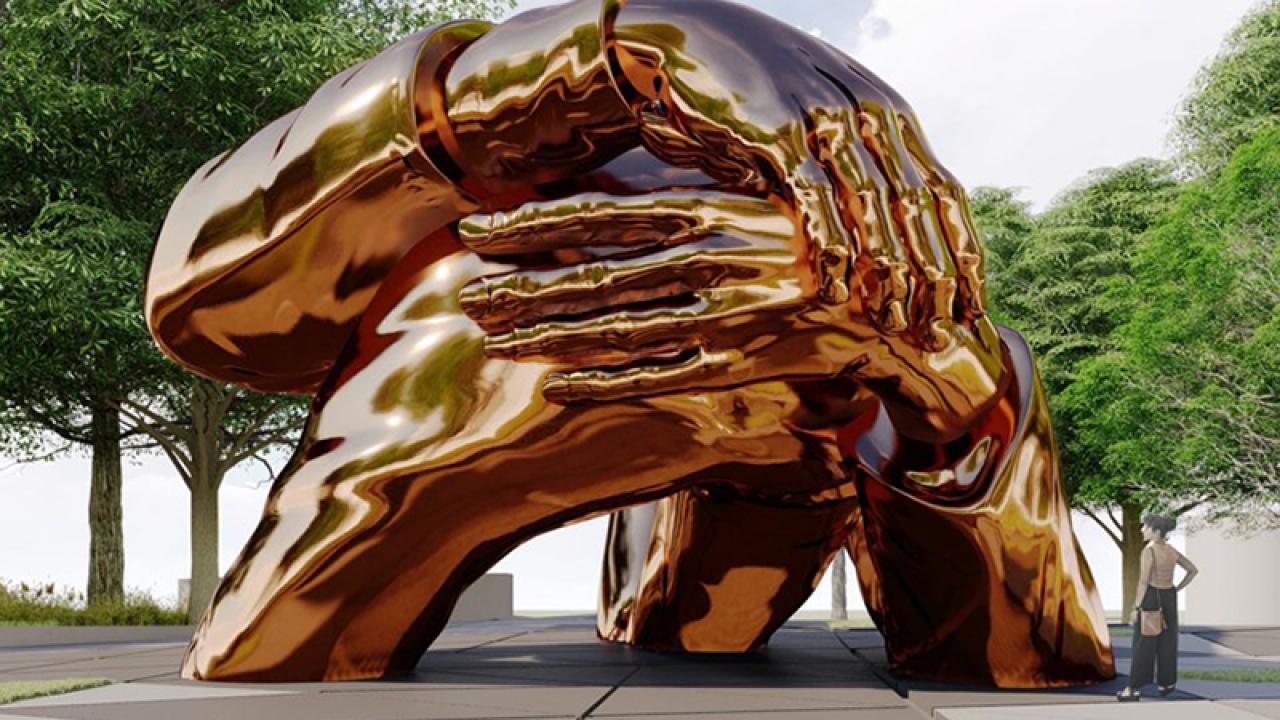 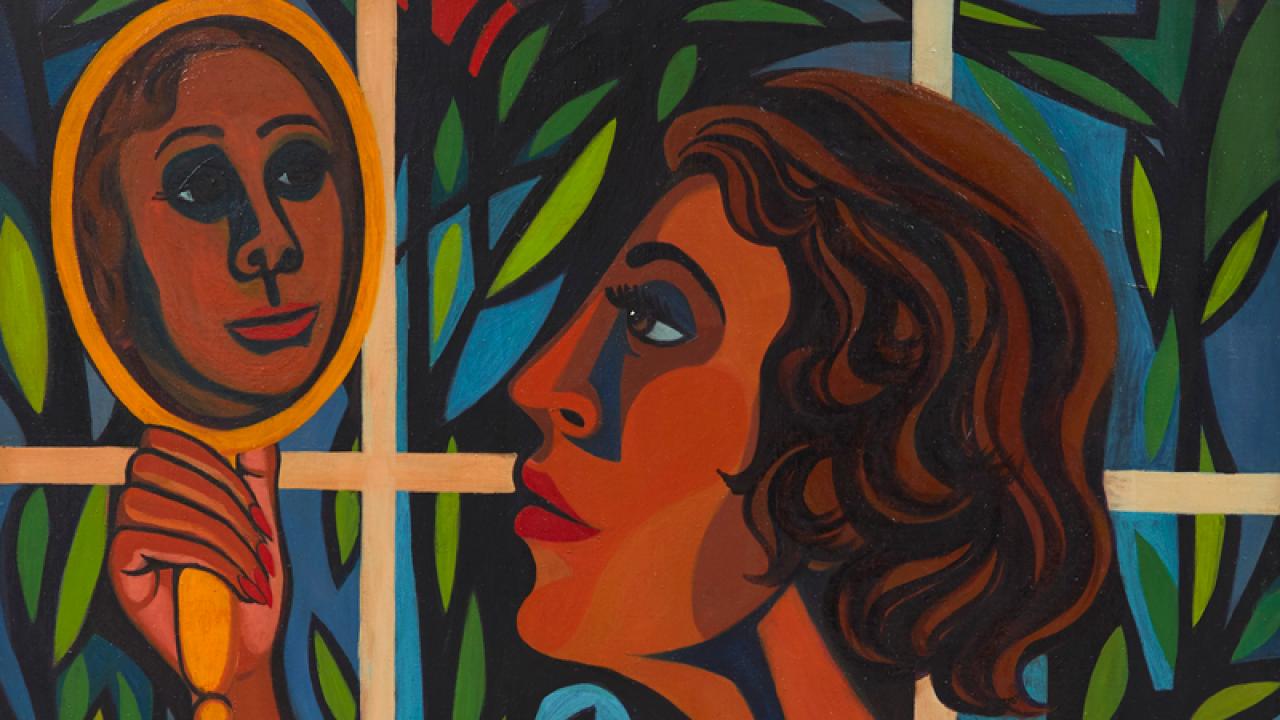 With her first UK show at Pippy Houldsworth Gallery, London, the Harlem-born artist reflects on the African American experience

The Director of the Studio Museum in Harlem, discusses the art that inspires her and why she'd like to share a celebratory meal with Alma Thomas