BY Camila Belchior in Exhibition Reviews , US Reviews | 20 OCT 22

C
BY Camila Belchior in Exhibition Reviews , US Reviews | 20 OCT 22

Displayed on opposite sides of the mezzanine on the lower floor of Museu de Arte de São Paulo (MASP), a line-up of portraits with backgrounds in varying tones of bluey-turquoise appears to pop from the white walls. Collectively, Dalton Paula’s paintings – whose subjects are drawn from biographies by Flávio dos Santos Gomes and Lilia Moritz Schwarcz originally published in Enciclopédia Negra (Black Encyclopaedia, 2021) – signal the mass suppression of Black likenesses and biographies in Brazilian historical visual culture. Individually, each image pays tribute to lives overlooked by mainstream history. In his solo show ‘Dalton Paula: retratos brasileiros’ (‘Dalton Paula: Brazilian Portraits’), part of a two-year programme at MASP dedicated to Brazilian histories, the artist presents 45 oil paintings of the country’s Black leaders and other notable individuals, born between the 16th and 19th centuries. João Cândido (2020), for instance, portrayed in his sailor’s uniform, was born in 1880 to formerly enslaved parents. He gained the codename ‘Black Admiral’ in 1910, when he led an insurgence in Guanabara Bay in response to the violent treatment of ships’ crews. Dismissed from the navy, he died in relative obscurity in 1969, the notoriety he gained from the protest casting a shadow over the rest of his life.

Painted over a span of four years (2018–22), Paula’s portraits are similar in composition, but closer inspection reveals aesthetic evolutions that speak to changes in the artist’s creative process over time. In Maria Firmina dos Reis (2022), for example, Paula applies gold leaf to add sheen to the subject’s hair: a technique not used in the earlier paintings. Not only does the inclusion of this precious metal – which was so violently extracted by Portuguese colonizers – dignify the portraits of people who were of great standing in their countries of origin before being enslaved, but its use specifically on subjects’ heads also denotes the sanctity of this part of the body within Afro-Brazilian culture. At times, Paula also uses the colour of his subjects’ clothes symbolically to convey healing and spiritual traditions in Afro-Brazilian cultures.

Unpainted areas of skin and clothing in more recent works create a sense of fragmentation – a theme with which the artist also plays by painting each portrait on two vertically joined canvases. In combining these separate elements, Paula signals the piecing together of information that characterized the research process behind the artworks: looking at documents and photos, when available, or listening to oral histories recorded by direct descendants and/or acquaintances of those living in quilombola communities (residents of settlements established by escaped slaves). Displayed in a vitrine, alongside books and other objects related to the exhibition, are a sketch and a photograph of Tereza de Benguela – the leader of a quilombo located close to the Bolivian border.

Paula, who lives and works in the central Brazilian city of Goiânia, explores various media in his practice – from performance and installation to painting and photography. His choice of oil paint here is a conscious nod to the medium’s prestigious art-historical associations, helping to elevate and memorialize subjects who were previously visually anonymous. Similarly, the blue backgrounds speak to the popularity in postwar Brazil of hand-painted photographs while acknowledging that even a medium deemed to be entirely realistic can be manipulated, with Black people subjected to white narratives and visual standards. With this exhibition, Paula reiterates his interest in exploring the diasporic Black body as it relates to image-making, narrative, power and history. Denouncing the absence of tributes to Black lives and histories in Brazilian visual memorialization, these portraits seek to make amends. 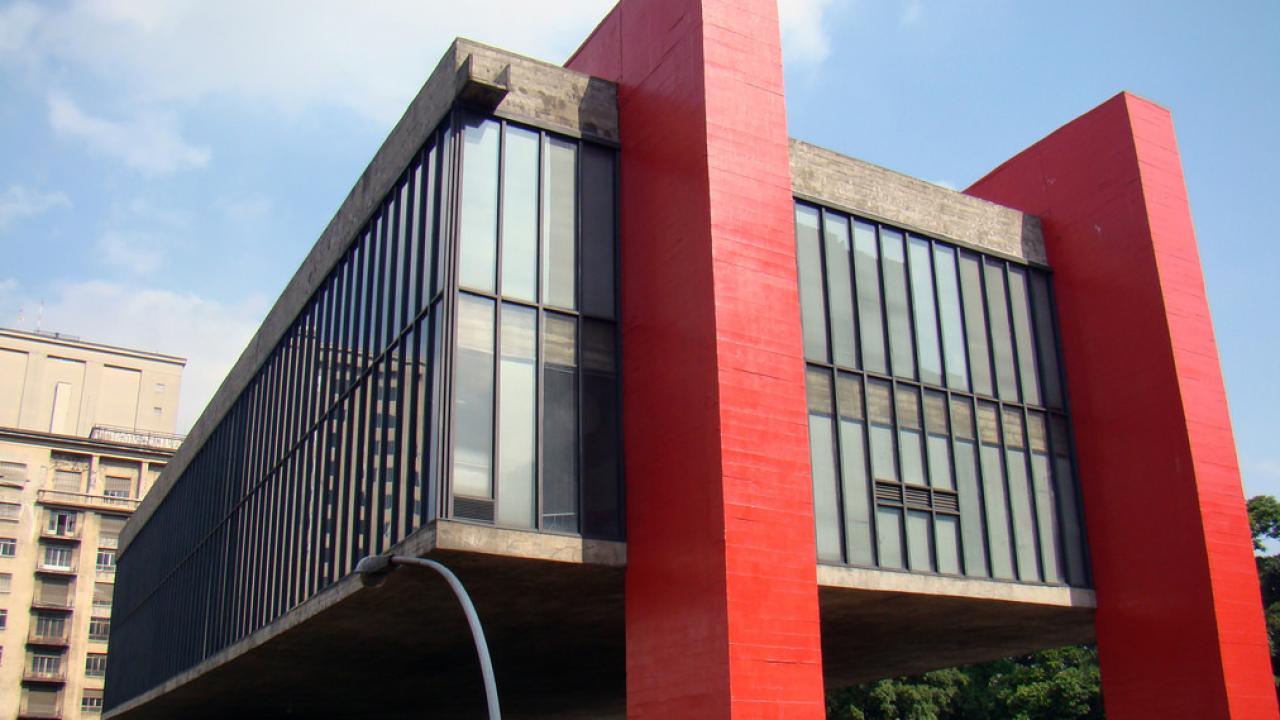