For Damián Ortega the word 'work' describes not only the process and product of his artistic practice but also its abiding theme, metaphor and aesthetic. The work in question is the kind that requires a toolbox and a strong back; an interest in what gallery walls are made of, in how and by whom they are built as well as in what may be hung on them; and a dedication to the crafts of engineering and construction. Those familiar with the shifting, higgledy-piggledy architecture of the artist's native Mexico City and its polarized economic hierarchy may not find this so peculiar, but in the seamless, effortless environment of a Chelsea gallery it comes as a bracing surprise.

In an untitled intervention Ortega enacts his own variant on Lawrence Weiner's A Removal of the Lathing or Support Wall of Plaster of Wallboard from a Wall (1968), but makes use of the material residue as raw material for a companion piece, Cierto/Falzo (Módulo Constructivo) (True/False (Constructive Module), both works 2002). In this he acknowledges a formal debt to the original while distancing himself from the conceptual purity of its intention. Binding six drywall panels together with strips of latex, Ortega constructs an oversized Jacob's ladder, arranging it on the floor before its point of origin. The effort is thereby transformed into an object of play (even if it would require two people and a ladder actually to use it).

Estratigrafía de la Pared (Stratification of the Wall, 2002) is a tube of transparent acrylic that emerges from the opposite wall and contains a sample of each component layer down to the underlying brick. It seems to promise revelation, but ultimately gives us exactly what we might expect. Despite this, it somehow remains intriguing; a rogue element in the environmental fabric that may at first lead nowhere but still suggests the possibility of escape. Like much of Ortega's output, and a good deal of contemporary Mexican art in general, it is subtly irreverent, poking fun gently but insistently at its institutional context.

The show's centrepiece is Adentro/Afuera (Superficie Modulada) [Inside/Outside (Superficial Modulation), 2002], a sculpture originally designed by Maria Elena Reyes Canseco, and realized here with her assistance. Sheets of acrylic and fibreglass are cut into a complex interlocking system of hinged flaps and doors, while a series of lines marked out in white tape on the floor suggests a working diagram, the plan of an additional past or future combination. It has the paradoxical feel of a Russian doll or Chinese box, containing more within a strictly limited space than seems physically possible. Like a chain of repeated paper figures, it is based on a single, simple procedure extrapolated into something larger. The materials themselves are unadorned to the point of banality, but the manipulation to which they are subject communicates unbridled glee at the possibility of arriving at something from very nearly nothing.

A disjointed staccato noise echoing through the gallery turned out to be the soundtrack of Ortega's video Ejercicio de Lectura (Reading Exercise, 2002). Projected from behind on to a small screen embedded in the wall, this three-minute loop is a series of ultra-brief shots of holes, cracks and apertures in walls and fences, roads and pavements. The random musique concrète backing is created from the ambient sound captured along with each image, its percussive effect a natural result of rapid-fire editing. Occasionally the camera begins to plunge into one of the mysterious pits, only to flicker ahead to the next, and the next, and the next. It is oddly compulsive viewing considering the unpromising nature of the subject matter, and recalls the textural poetry of Charles and Ray Eames' Blacktop (1952), the story of the washing of a tarmac schoolyard. Ejercicio de Lectura points up the vulnerability of the urban environment, the enlarged pores in its sensitive glass and concrete skin. Ortega's series of photographs Brotes (Shoots, 1999) has a closely related focus: the weeds that spring unbidden from such places as nature takes advantage of imperfections in human design to reassert itself.

While Ortega's fascination with largely overlooked details of the city may recall both the Situationists' wanderings through Paris in the 1950s and Inventory's take on contemporary London, his project seems at least as close in style and spirit to those of Santiago Sierra and Los Carpentiros. In their common preoccupation with the aesthetics and politics of labour, its multifarious demands and uneven results, there lies in all these artists' approaches a pertinent response to some of the problems of making a living and building a life. Let's go to work. 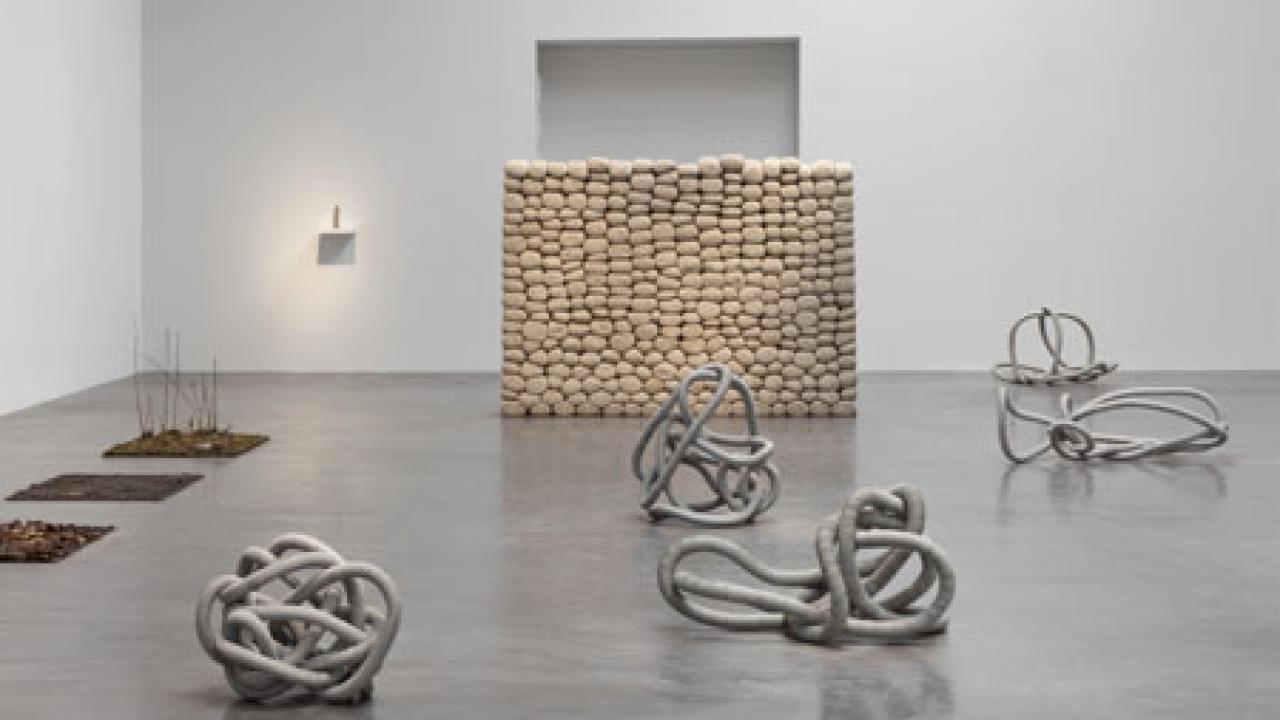