Surrealism, anthropology and the history of the recently re-opened Musée de l'Homme

Paris, 1925: having been insulted by a populist poet, the Surrealists initiate a food fight. From an open window, a well-dressed young writer, Michel Leiris, screams: ‘Down with France!’ Only a police beating stops him from being lynched by an assembled mob.

Dakar to Djibouti, 1931–33: Leiris departs on his first anthropological expedition. He is a key player in a scientific mission to scavenge items to fill the Musée de l’Homme (Museum of Man), an anthropology museum established in Paris in 1937, which was conceived through a strange mix of Surrealist principles and high-colonial racism. Leiris, all in white with a matching pith helmet, personally slashes ritual objects from their ceremonial stands in order to exhibit them in streamlined chrome cabinets back in Paris.

1950: Leiris, now a professional anthropologist, becomes one of the first in his field to begin the slow removal of colonial influence from his profession, with a lecture at the Association des Travailleurs Scientifiques titled ‘The Ethnographer Faced with Colonialism’.

Such juxtapositions of defiance and subversion, violent complicity and patient humility, characterize Leiris’s career as much as they do the early history of French anthropology. Along with the recent re-opening and rehanging of the Musée de l’Homme in Paris, a consideration of Leiris’s remarkable career sheds light on the place anthropology has in current artistic practice.

Leiris — born in 1901 in Paris — began his career as a poet, quickly becoming part of the emerging group of young artists revolving around Louis Aragon and André Breton that had broken away from the avant-garde movement Dada and formed their own Paris-centric group. Leiris contributed to the printed proclamations and public happenings through which Surrealist principles were demonstrated and disseminated. Aragon’s late-night excursions with Leiris resulted in the former’s novel Le Paysan de Paris (Paris Peasant, 1926), an elegy for the city’s disappearing arcades, which mirrored the fascination held by early anthropologists in mining ‘disappearing’ societies of their material culture.

A generation earlier, the birth of French anthropology had paved the way for the dawn of Modern art. It was in an unlit and unheated remnant of the 1878 World’s Fair — the Trocadéro Palace — that Constantin Brâncuși, Henri Matisse and Pablo Picasso came across the jumbled and mislabelled masks, totems and ‘fetish’ objects that inspired the latter’s ‘African period’, most notably Les Demoiselles d’Avignon (The Young Women of Avignon, 1907). With a heavy dose of bigotry, Paris in the mid-1920s was awash with a trend for the so-called art nègre (African art), in which the visual, musical and material cultures of Africa were conflated into a murky, racial celebration of otherness. Likewise, the self described Surrealist revolution was very much a product of its time. Its advocates were only interested in disrupting the equilibrium of French public life through what they saw as the naturally irrational nature of non-Western peoples.

Paris in the mid-1920s was awash with a trend for the so-called art nègre, in which the visual, musical and matierial cultures of Africa were conflated into a murky, racial celebration of otherness.

In 1929, after Leiris’s drift from the Surrealist ranks, a new journal, Documents, edited by George Bataille, became the mouthpiece for dissident voices from the fragmenting clique. It included essays from Leiris with such titles as ‘Metaphor’ and ‘Sputum’. Documents also reserved pride of place for reports from French anthropologists such as Marcel Griaule, a young expert on Ethiopian languages. After little over a year in print, and only 15 issues, Bataille’s journal lost its financial backer, who had mistakenly assumed he was funding a review of art.

Leiris came to anthropology, particularly to the work of Griaule, variously through Documents, a personal fascination with African art and the anti-colonial stance of the Surrealists. He began to study at Paris’s Institut d’Ethnologie, newly established by eminent anthropologist Marcel Mauss to prepare young scholars for fieldwork. In 1931, hot off the back of the voguish trend for art nègre, the Trocadéro sponsored an extensive two-year research trip across Africa — the aforementioned Mission Dakar-Djibouti — to compile material artifacts for study and inclusion in the museum’s collection. Under the leadership of Griaule, and armed with the title ‘secretary-archivist’, Leiris was invited to join and compile a written history of the expedition and to classify the 3,600 objects that would come to be acquired on the mission. As an ethnographer, Leiris was supposed to report only the social facts of his findings, omitting aesthetic or personal reflections. Instead, and much to the annoyance of his colleagues, he kept field-notes on his dreams and desires.

Leiris on his first expedition in the hope of personal transformation. Like so many other lapsed Surrealists, what he found on his travels was himself, only more so: more boredom, more frustration and more disillusionment with society. He was struck by his own complicity in the theft of objects from villages and communities on his way through Africa. Rather than resort to nihilism, in 1934 he exposed, in one of the earliest critiques of French anthropology, the aggressive, interrogative techniques of the team in his labyrinthine book L’Afrique fantôme (Phantom Africa). Soon, the collection of the Trocadéro, the objects collected on the Mission Dakar-Djibouti and even Leiris himself had been rehoused at the newly created Musée de l’Homme, ready for the International Exposition of 1937.

After L’Afrique fantôme had alienated him from many of his new colleagues, Leiris attempted to keep his artistic and scientific pursuits separate: a professional anthropologist by day and an experimental autobiographer by night. In practice, his interests would remain entangled. With a lifelong curiosity about the malleability of language and the sacredness of poetry, his early novels explore the ways in which language initiates the speaker into mainstream cultural systems. As Surrealism had paved the way for his early output, Leiris’s friendship with the Martinique poet Aimé Césaire and the Irish-born British painter Francis Bacon drove much of the creation of his later paintings. His encounter with Bacon’s work resulted in a deep mutual admiration and inspiration that led to the creation of some of the painter’s finest portraits, with Leiris as sitter.

Following Leiris’s retirement from the Musée de l’Homme in 1971, the museum became an oddity once more, widely viewed as little more than an old-fashioned cabinet of curiosities. After Leiris’s death in 1990, the museum was pillaged to feed the new Quai Branly Museum in Paris, with 300,000 exhibits removed on presidential orders. Shocked and deflated, the Musée de l’Homme staff endured a six-year period of closure before a €92 million revamp allowed the space to reopen in October 2015 — stripped of most of its finest artifacts, but with an innovative approach to how the history of anthropology itself can be staged to the public. To avoid overlap with the Quai Branly, the new Musée de l’Homme positions itself as neither a museum of civilizations nor of prehistory, aiming instead to shed light on the breadth of human diversity. The permanent collection features a history trail that presents the relationship of the museum with the French resistance during World War II, the work of pre-eminent ethnographic filmmaker Jean Rouch and the architectural evolution of the museum itself. The inaugural temporary exhibition, ‘Chronique d’une renaissance’ (Chronicles of a Rebirth) invited visitors to explore new pathways in anthropological research, such as field recordings of diverse musical traditions, and featured a series of installations by artist Pascale Marthine Tayou exploring how diverse African artistic traditions were conflated into the art nègre that came to captivate Brâncuși, Picasso — and Leiris.

In Leiris’s youth, the avant-garde and anthropology developed and refined their methods in tandem. Today, anthropology has shifted its focus to an examination of material culture, globalization and the experience of an interconnected world. A number of artists such as Mathieu K. Abonnenc — whose film Secteur IX B (2015) is a response to the legacy of the Mission Dakar-Djibouti — Kader Attia, Camille Henrot, as well as Karen Mirza and Brad Butler, frequently explore the place of anthropological research in contemporary practice. For these artists, the place of ethnography as a research method delves deeper than mere superficial affinities between disciplines. Contemporary artists and anthropologists have a lot to reveal to one another about the entangled life stories of objects, urban space and the infrastructures that govern our world, just as the work of Leiris exposed the conflicted position of the self in the pursuit of an impossible objectivity.

Timothy P. A. Cooper is a researcher and essayist. He lives in London, UK. 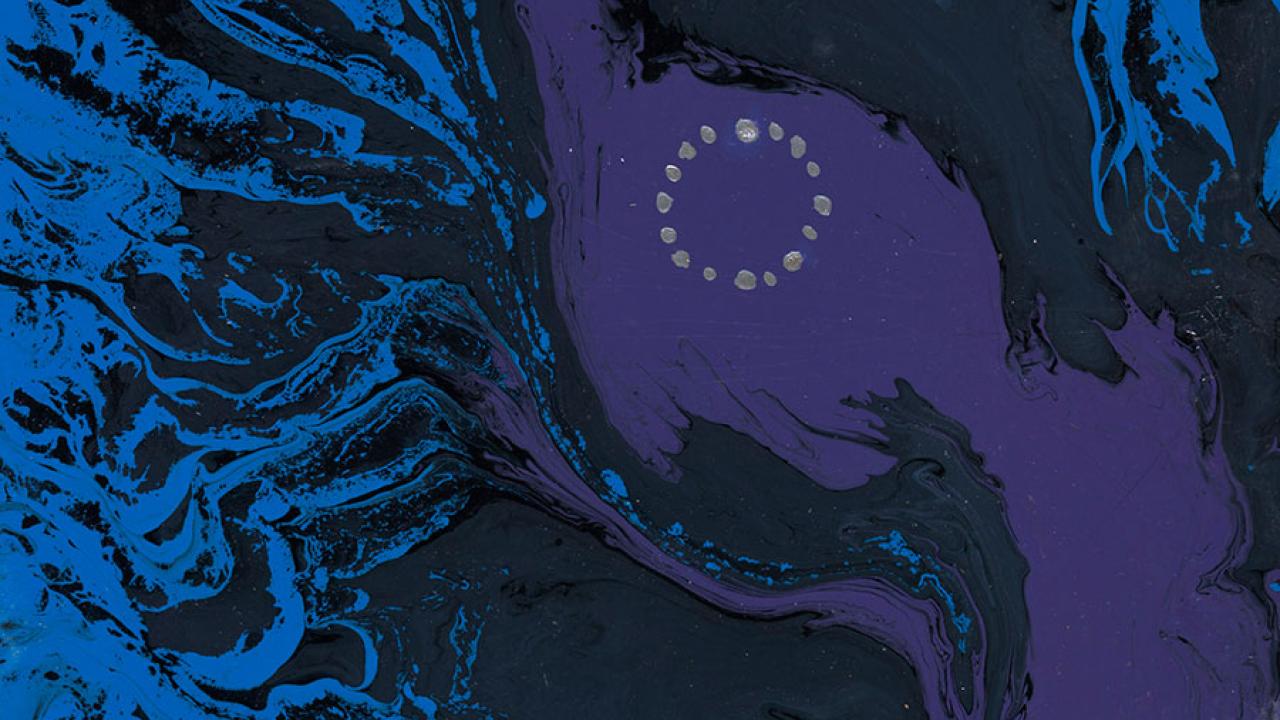 Tate has acquired 5,000 works by the late surrealist artist and writer