Do Objects Have Souls?

‘On various occasions of real or imaginary peril,’ wrote the anthropologist James George Frazer, a person could temporarily remove her soul from her body. She could deposit it ‘for a longer or shorter time in some place of security outside the body’ – inside a material object, for instance, or an item of furniture – in order to render it ‘invulnerable and immortal’. The Golden Bough (1890), Frazer’s epic compendium of religion and myth, contains several such examples. On the island of Sulawesi, for instance, when a woman went into labour, ‘the messenger who fetches the doctor or the midwife always carries with him something made of iron, such as a chopping knife’. The doctor would leave the chopping knife in his own house until after the childbirth and was generously paid for its safe-keeping. ‘The doctor must take great care of the object,’ Frazer noted, ‘for were it lost, the woman’s soul would assuredly, they think, be lost with it.

I spent the long months of the pandemic finishing my book Accidental Gods, a modern history of people – politicians and military generals, sea captains and bureaucrats – who have found themselves turned into deities, without ever intending or willing it. For a decade, as if possessed by an archival jinn, I had combed through colonial ethnographies and missionary accounts, the diaries of sailors and friars, poured over newspaper clippings, police records and hand-written gospels, in search of this figure who kept appearing at times of crisis, from imperialist invasions to nationalist uprisings and world wars. Yet, alongside these man-gods – and they were almost always men – I also kept encountering random, man-made objects unexpectedly turned divine. There were mentions of scissors and clocks, of books worshipped on altars strewn with petals, of a deified broom able to sweep away misfortune. In the late 19th century, the colonial magistrate William Crooke, in his bestselling Popular Religion and Folk-lore of Northern India (1896), wrote of a rusty shirt made of chainmail, found in a cave in the Mirzapur district. The little heap of metal was apotheosized into a Hindu goddess named Jiraya, after the Persian zirah, or ‘armour’; the cave was her temple.

In Omens and Superstitions (1912), Edgar Thurston told of some old, obsolete certificates – expired liquor licenses – piled up in the region of Vizagapatam. When a British official allegedly tried to tear them up, a man implored him not to because he collected them to dip in water, which he would then drink as medicine. ‘They had brought him life for a year, and were therefore worshipped,’ Thurston wrote. Sir Alfred Comyn Lyall, Chief Commissioner of Oudh, noted, in his Asiatic Studies (1882), the deification of agricultural implements, weapons and a telegraph post. According to Lyall, ‘things conical and concave’, such as the pith helmet, were particularly prone to taking on supernatural attributes. Even glimpsing one, people became possessed by a demonic spirit, the Swedish ethnographer Gerhard Lindblom reported in The Akamba in British East Africa (1920).

These deified objects were different from relics; they weren’t historical items used, touched or discarded by a particular dead saint. They weren’t quite like idols either. They were just mundane, material things turned divine on their own terms, or in some loose affiliation with a celestial spirit. I began to picture heaven as a shelf or a storehouse, full of objects collecting dust.

For the most part, these stories were written down with a polemical intent by the scribes of empire, keen to use them to demonstrate the continuing need of the colonies for British rule. In his Popular Religion and Folk-lore, Crooke told of the Doms, classed by the colonial regime as a ‘criminal tribe’, who worshipped the crowbar they wielded to break into homes, and of the Chauhans in the Central Provinces, who once revered iron rods that smashed through walls, but switched their devotions to the bludgeon when they took on new jobs as village watchmen. To the same pantheon belonged the sacred pickaxe of the Thugs – roving bands of raiders whom the British violently suppressed. ‘A lucky day was selected for forging it; this was done in secret, care was taken that the shadow of no living thing should fall on it,’ he reported. The pickaxe, a crucial tool for repelling colonizers, was washed in sugar water, milk and wine, marked with vermillion and passed through a fire seven times. After the ritual, Crooke related, ‘all members of the gang present prostrated themselves before it’. In the British retellings, these objects – the crowbar, pickaxe and bludgeon – became weapons to sanctify imperialism.

How could people worship the tools forged and animated by their own hands? Tales of the godhood of ‘rubbishy trifles’ were grist for the Oxford professor Edward Burnett Tylor’s theory of animism: the ‘savage belief’ that the world is ‘swarming with intelligent and powerful disembodied beings’, as he wrote in his 1871 study Primitive Culture. Tylor aimed to reveal ‘the vastness of the intellectual tract which separates modern from savage philosophy, and to enable us to look back along the path’, leading ultimately to Protestant Christianity, which alone grasped divine matters with glistening reason. Lyall theorized that what began as the apotheosis of ‘individual tool-fetiches’ would melt down into the birth of a single god who presided over a craft and eventually evolve into the guilds and trade unions of modern society. The barber worshipped his ‘mirror, razor and nail-parer’, according to Crooke, the carpenter his chisel and saw; metalsmiths were occasionally known to venerate a lump of charcoal; and writers, of course, worshipped books.

The deified objects were, in Tylor’s words, ‘survivals’ from an earlier evolutionary stage. Such obsolete spiritual fancies had no place in civilized religion; it was the purpose of ethnography ‘to mark these out for destruction’. Despite their virulent history, and whether or not the accounts were true, and regardless of whether people actually believed in the objects, I kept collecting these stories: simply because they seemed so relatable.

I felt I knew what Tylor meant when he wrote, however disparagingly, that certain objects could command ‘mysterious respect’. It was a feeling that only grew as months passed under lockdown and the delirium of isolation set in. I thought I saw a pair of lungs in the wood grain of a cabinet; I kept tapping a square coaster with my finger, thinking it would light up like my phone. The familiar curves of a radiator seemed to inch forward, as if it had someplace to go. My confinement in my bedroom became more extreme when I realized I was pregnant. The few stories of women I had found in my research were mainly tragic tales of those who had died in childbirth and were turned into gods; it was impossible not to feel a little afraid of my own book.

I noticed my circumambulations around the furniture, the steps and timings, were performed identically each day with the precision of the most exacting ritual; the same was true of my motions with the kitchen utensils to cook the same dinner every night. Slowly, all the objects around me began to slide into the apotropaic, taking on powers of protection against illness and loss.

In The Golden Bough, Frazer described how material things could turn into literal receptacles for misfortune, becoming divinely charged with the demons – often viruses – that adhere to humans. On the island of Seram in Indonesia, when an entire village was afflicted with a sickness, a toy boat was loaded ‘with rice, tobacco and eggs’. A spokesperson would call out to the virus or microbe, informing them that their voyage awaited: the ship was ready, nothing would be lacking on the journey, but it was time to sail far away. ‘Never come near us again,’ he would say. As the boat floated out to sea, it was believed that the illness would recede, until it disappeared into memory.

Even at the supposed dawn of the modern world, deified objects were standing by. According to the friar Bartolomé de Las Casas, in A Short Account of the Destruction of the Indies (1542), when the Taíno chief Hatuey learned that the Spanish were sailing to Cuba to establish a settlement, he gathered his people together. He told them of the destruction and suffering the Spanish had wrought on neighbouring islands for the sake of the almighty they worshipped and loved. Taking out a palm-leaf basket filled with gold, Hatuey said, ‘Here is the God of the Christians.’ He instructed his people to perform a ceremony for it, in order that ‘we shall please Him and He will order the Christians to leave us unharmed.’ The people sang and danced and made obeisance before the little basket and, when they grew tired, the chief ordered them to cast it into a river, for he knew the Europeans would stop at nothing to seek out their god.

Perhaps these stories say more about our present than about some imagined, animist past. They speak, too, of our future, among the man-made detritus that modern empire built. I took a molten deity with me into the delivery room of the hospital. (I can’t divulge what it was.) If humans have always turned to higher powers they believed could control their fates – gods of fire, rain, wind and earth – a few centuries of capitalism have given us an infinity of new objects to adore. It is convenient we can deposit our souls into them, so we somehow remain when there is nothing else left.

This article first appeared in frieze issue 222 with the headline ‘Things to Believe In’.

Anna Della Subin is a writer, critic and senior editor at Bidoun. Her book Accidental Gods:
On Men Unwittingly Turned Divine will be published by Granta in January 2022. She lives
in Dublin, Ireland

Features
Alexander Kluge on the Birth of the 20th Century 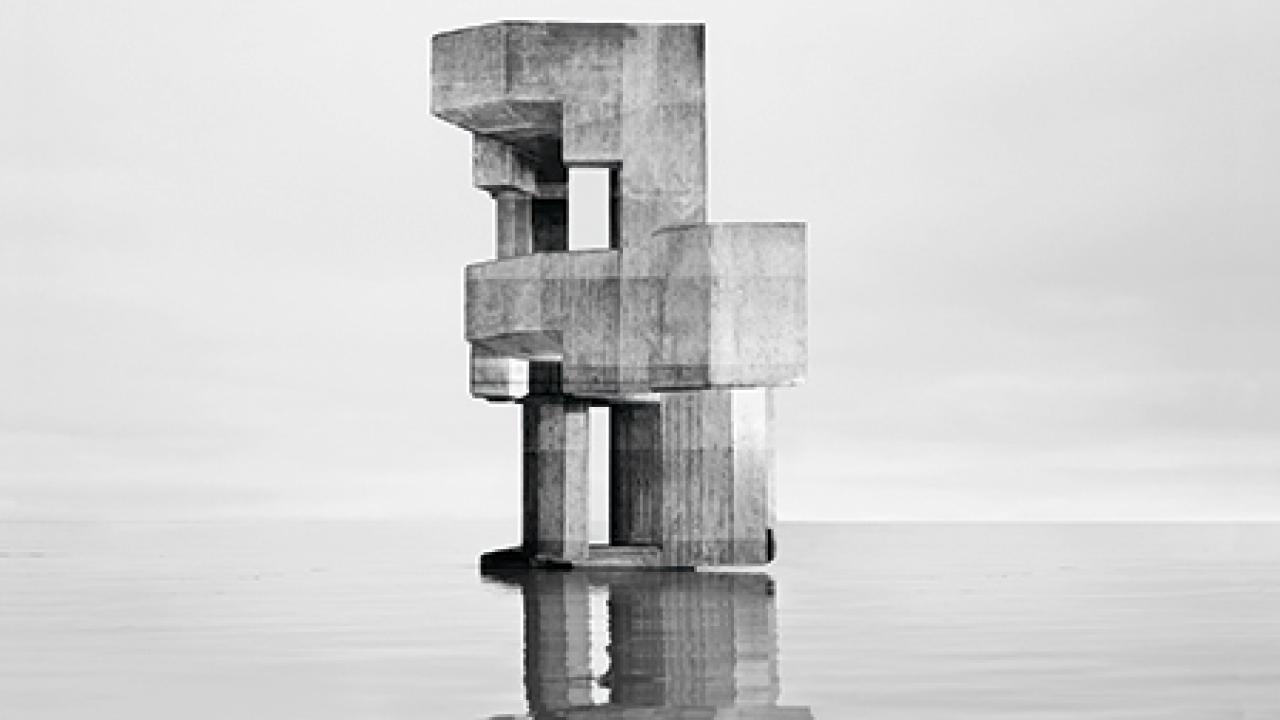