BY Jade Barget AND Dominique White in Interviews | 14 JUL 22

As she finishes a two-month residency at DEO Projects, Chios Island, the artist discusses how maritime history has informed her practice

Jade Barget: Your work exhumes a multitude of waterborne legends, such as the Hydra, the aquatic serpent from Greek and Roman mythology who grows two heads every time one is chopped off. In previous exhibitions, such as ‘Hydra Decapita’ [2021] at VEDA in Florence, this monster came to personify the colonial state, whose offensive shapeshifts over time. You just spent the last two months in residency at DEO, located on the Greek island of Chios. Did you explore any local myths during your stay?

Dominique White: Legend has it that Christopher Columbus was born in Chios. It’s a myth rooted in oral tradition with little basis in fact: the 15th-century explorer referred to himself as ‘Columbus of the Red Earth’, for example, and Chios is known for its red soil. He is everywhere on the island: I would be looking at a mummified fish in a museum and the caption would mention how this was what Columbus ate in Chios. According to hearsay, his descendants still live on the island. This myth embodies a colonial fantasy, and adds to the island’s maritime history that, even today, shapes its infrastructure: the Chios campus of the University of the Aegean, for example, was financed by shipowners. I even learned there is a Greek tradition called Karavaki where locals decorate boats at Christmas.

JB: (Under)studies in Non-Description [2022] – the installation that forms the centre of your end-of-residency exhibition – features harpoons, which, upon finding no target, deflect and strike themselves. Fishing and whaling spears are recurring forms in your work, together with ship debris; threads of sails and burst lifebuoys shattered as if by an absent tempest and consumed by saltwater. You describe the shipwrecks you stage as attempts to destroy hydrarchy – the structure through which imperial governments assert power on land by ruling the oceans. Finding yourself in Chios, which is so tangibly shaped by maritime history, how did your thinking evolve around shipwrecks?

DW: I’ve spent a lot of time studying cartography, so I was particularly interested in a number of maps at the Library of Chios that flip between fact and fiction, charting both waters and legends. I am also fascinated by how maps can reconfigure space, flipping the power relations between sea and land. While we commonly use maps to designate where one landmass meets another, the sea often remains this unknown, featureless space. I want the sea to be centre stage, submerging the land. I’m looking to develop this research in future through 2D mapmaking projects.

JB: I’m curious about the destabilization of terrestrial habits that can happen when we relocate to the coast. Has your proximity to water during your residency in Chios, or your move to Marseille in 2020, produced any shifts in perspective?

DW: I have done a couple of performance lectures in, and next to, the sea. I also like to read books while floating in the ocean, and I allow the sea to tell me stories that I try to translate into my work. Even when I was based in London, I still had a connection to the sea: my family immigrated to the UK from the Caribbean, where legends often emerge from the ocean. Having an immediate connection to the sea is important, as most of the material I work with is, at some point in the sculptural process, immersed in water. I also collect marine remnants, such as used sails, whenever I work next to a body of water. In Sicily, I emailed this guy about an old sail, and he took me to his house, where he stored every sail he had ever used, which he kept as memories of his travels. In my work, I shred and weave together sails from all parts of the world. I like to think of it as akin to sargassum – the masses of seaweed that sometimes knit together so tightly on the surface of the water that the sea below becomes pitch black. They are also said to entangle boats, causing shipwrecks, as in the Bermuda triangle, which is situated in the Sargasso Sea.

JB: What have you learned from this literal and conceptual immersion?

DW: In Undrowned: Black Feminist Lessons from Marine Mammals [2020], Alexis Pauline Gumbs writes about how things can remain undiscoverable at sea. For instance, by evading human categorization, certain ocean creatures have effectively avoided capture. I, in turn, am interested in rejecting the category of human altogether, meaning I can’t be categorized as marginal because I no longer exist.

JB: In your work, you reference the Afrofuturist water civilization conceived by Detroit techno duo Drexciya on their album Deep Sea Dweller [1992], which envisioned an underwater metropolis founded by the children of pregnant slaves who were lost at sea during the middle passage. How does your work relate to the myth Drexciya painted?

DW: I’m fascinated by how little we know about the sea, how we are so terrified of it that we’d rather colonize space. The afro-futurist fantasy of colonizing an exclusively Black planet feels even more real to me now that the dream has died. That’s why I look to the sea for worldmaking: I am inspired by the poetic darkness of its myths and stories of homecomings and immortality. The Igbo Landing of 1803, for instance, saw enslaved people from modern-day Nigeria take control of their ships, kill the slave masters and, rather than submit to a life of enslavement in Georgia, walk back into the sea and drown themselves as a means of returning home.

JB: Your sculptures made from sails, such as Flagged Out 1 [2019], belong neither on land nor sea and, in their employment of timeworn materials, are hard to date. How do you situate your work in time and space?

DW: I try to emulate the sense of witnessing an event that stands as a warning. It might feel like something has already happened, is happening or will happen. The lack of geography allows my work to be political without being restricted to, say, British or US politics. The timelessness allows me to articulate how a lot of what I talk about is cyclical: what happened to my parents’ generation, to my grandparents’ generation, to my great grandparents’ generation and so on will happen to the generation that comes after me. It just mutates slightly, which is why the figure of the Hydra makes so much sense: you slay one head but, from that, emerges something unrecognizable. We can, of course, try to destroy the beast altogether, but I am more interested in what happens when the hunted completely disappears. Does the hunter become so hungry that it consumes itself?

Dominique White’s ‘(Under)studies in Non-Description’ is on view at DEO Projects, Chios, until 20 August 2022.

Jade Barget is a curator and cultural worker. She lives between Berlin, Germany, and Paris, France.

Dominique White is an artist. Her work is included in ‘Love’ at Bold Tendencies, London, UK, until 17 September and ‘After image’ MAXXI L'Aquila, Italy, until 19 February 2023. She lives in Marseille, France. 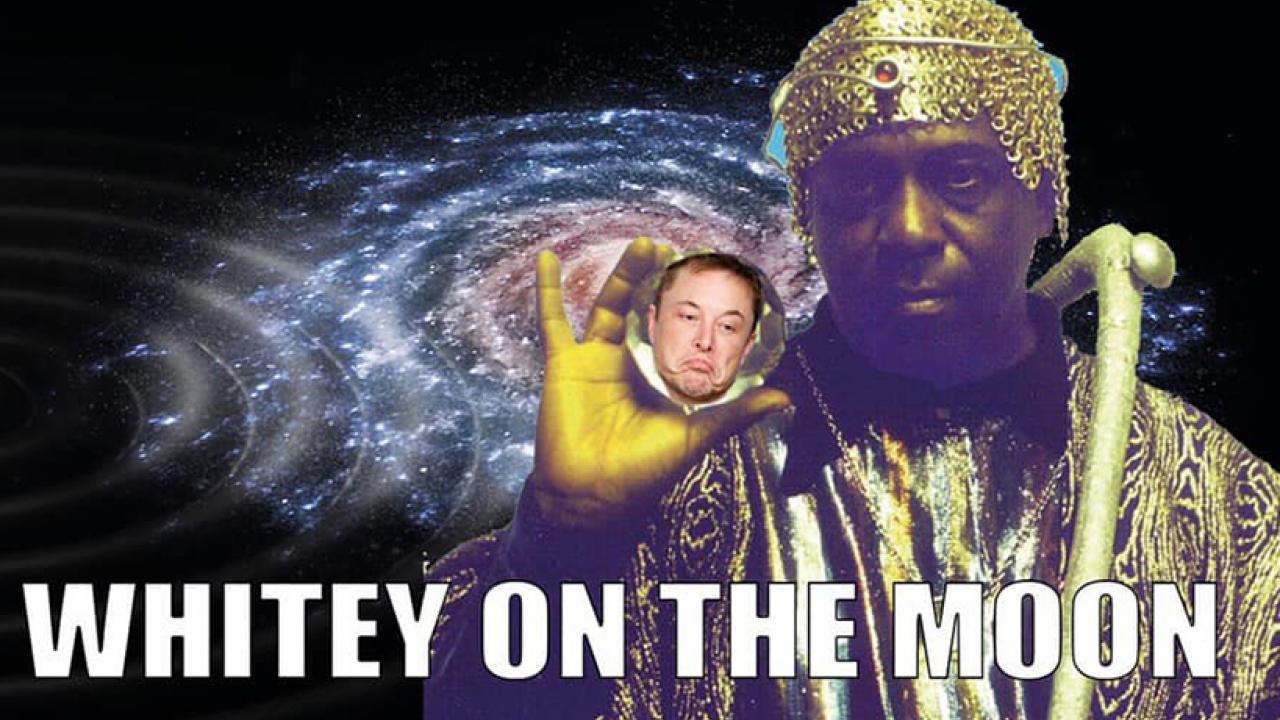 Opinion
An Afrofuturism Show With No Black Artists: What Went Wrong at Berlin’s Künstlerhaus Bethanien? 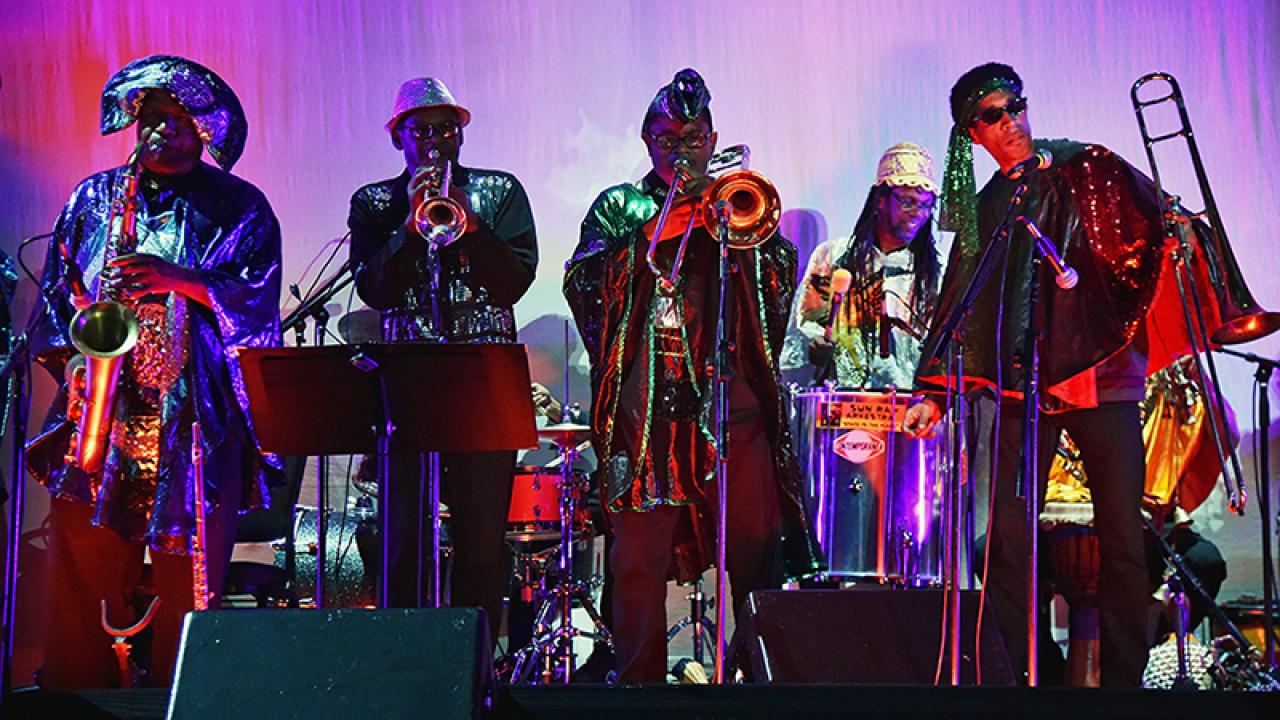 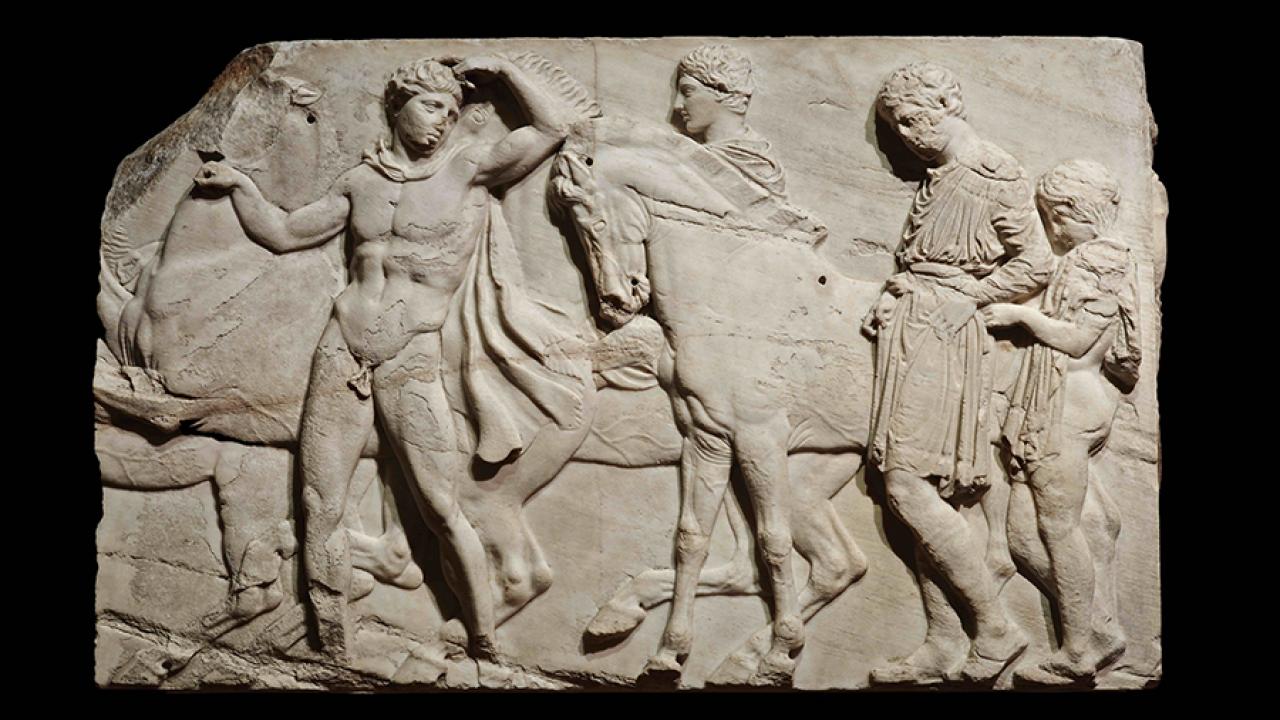