BY Barbara Casavecchia in Reviews | 15 SEP 14

B
BY Barbara Casavecchia in Reviews | 15 SEP 14

Ettore Spalletti’s Minimalist structures in luminous colours invade space and flirt with the sublime. Frequently described as ‘timeless’, his paintings and sculptures are, in fact, a combination of the two media, since his paintings protrude from the wall and his sculptures are often covered in monochromatic paint. The artist’s oeuvre defies chronology, so a canonical retrospective on his 40-year career would have somehow seemed inappropriate. Instead, Spalletti has played with the idea of difference and repetition by holding three almost-parallel museum exhibitions in Turin, Rome and Naples.

All of the shows share the same title, ‘Un giorno così bianco, così bianco’ (A Day so White, so White), and the first piece in each was the same momentous work: E porgere, chissà da quale tempo, quanto rimane vivo (And Proffering, Who Knows from What Time, What Remains Alive, 1976). It’s a black and white photograph of the artist at work on the floor of Galleria Pieroni in Pescara during the installation of one of his first solo shows. Spalletti removed two slabs from the stone floor, replaced them with two blocks of plaster (one pink, one light blue) and abraded them every day, returning them to merely dust and dry-powder pigments. The artist’s technique has been consistent since the 1970s: the whiteness of plaster resurfaces through dozens of layers of colour; it is thus somewhat comparable to fresco, where the reaction between wet lime and pigment generates vivid matte surfaces.

In all three exhibitions, Spalletti’s work amplified the architecture, to differing effect. The tactile glow he strives for is more successfully achieved when the rooms dissolve into immaterial white cubes. The ideal display space for Spalletti’s work is his studio in Moscufo (a village close to Pescara), the blindingly white interiors of which house a painstakingly staged constellation of pieces that constitute the artist’s life-long Gesamtkunstwerk. At GAM in Turin, the show – curated by Danilo Eccher – attempted to reconstruct that ambience in the rationalist spaces of the postwar museum. Included were 25 works from various dates, among them the beautiful eight-metre-long drawing Disegno, mano libera (Drawing, Freehand, 1981), and a series of abstract forms in blue-painted Belgian black marble that would not look out of place in a Renaissance studiolo: Coppa (Bowl, 1982), Leggio (Bookstand, 1990) and Bacile (Basin, 1993). However, though the display of works was carefully composed, the atmospherics of Spalletti’s own studio were notably absent.

At Rome’s MAXXI – where the show was curated by Anna Mattirolo – the works were installed in one of the overbearingly sculptural, undulating open spaces designed by the building’s architect, Zaha Hadid. These surroundings proved difficult for Spalleti’s work to interact with, producing what was possibly a defensive reaction on the part of the artist. Echoing Lucio Fontana’s Ambiente spaziale bianco (White Space Environment, 1966), Spalletti did indeed react, building a small white cube (a piece titled, like the three shows, Un giorno così bianco, così bianco, 2014) in order to create an intimate space in which to shelter 11 white paintings.

At MADRE in Naples, within the grand but unassuming rooms of the Palazzo Donnaregina, the artworks could breathe, absorbing and reflecting natural light as well as fragments of the run-down neighbouring façades visible through windows that had been opened at the artist’s request. This exhibition – curated by Alessandro Rabottini and Andrea Vilani – was the largest of the three, with 17 rooms and, shown in no particular order, over 40 works ranging from the 1960s onward. At last, the works’ sensuality, the seduction of their ‘skin’ – implicit, for example, in the lure of gold and the carnality of different hues of pink in works such as the two adjoining panels Baci (Kisses, 1987) – came fully to the fore.

At MADRE, too, the links between Spalletti and the culture of his time was highlighted: for instance, his blue horizontal volumes called to mind Pino Pascali’s floor objects from the 1960s that evoke the surface of the sea. A rare piece like Foglie (Leaves, 1969), a heap of multi-coloured, leaf-like reduced shapes, or Disco (Disk, 1981), a work that juts out of the wall, floating in mid-air like a UFO, revealed an affinity with Pop imagery. Spalletti’s signature vases and columns, in regard to their surface appeal and geometry, suddenly seemed close to the ironic, Postmodern design of the Ettore Sottsass-founded Memphis group.

Besides Minimalism, Spalletti’s practice is often associated with Fra Angelico and Piero della Francesca, whose light colours, golden backgrounds and symbolic landscapes the artist feels drawn to. Room after room consolidated this impression, making me think that Spalletti might have arrived at the Renaissance connection through the writings of Roberto Longhi, the great Modernist art historian, who radically reshaped Italy’s perspective on its own cultural heritage. It was Longhi who reinstated Della Francesca in the cultural pantheon, extolling the purity of his ‘forma-colore’, his ‘synthesis of shape and colour warranted by perspective’; he quoted Clement Greenberg to praise Fra Angelico’s ‘flawless smoothness with which the colours were applied’; and he was also responsible for the ‘rediscovery’ of Caravaggio. The presence of the latter’s Boy Bitten by a Lizard (1594–96) – on temporary loan from Fondazione Roberto Longhi – in a room at GAM underlined the connection of works across centuries, and was a fitting demonstration of how art history performs the endless magic of ‘proffering, who knows from which time, what is still alive’. 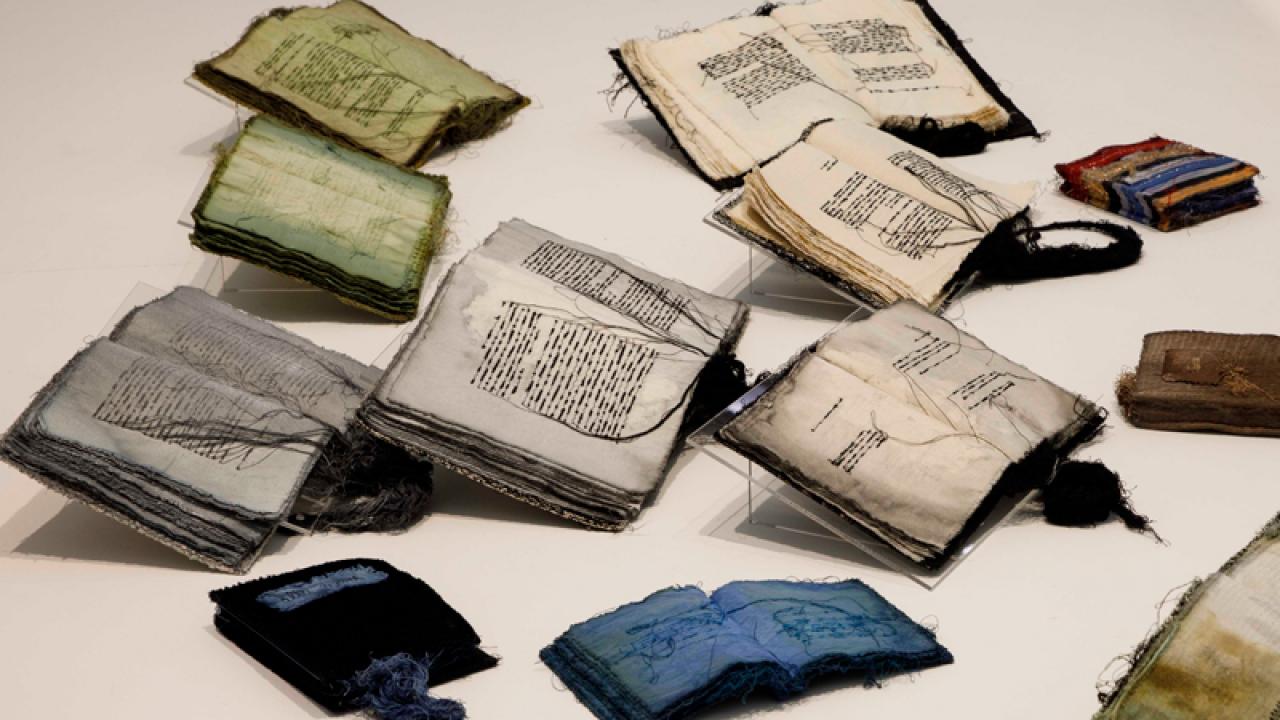 As her retrospective at MAXXI in Rome attests, the late Italian artist believed in the power of the imagination to save lives 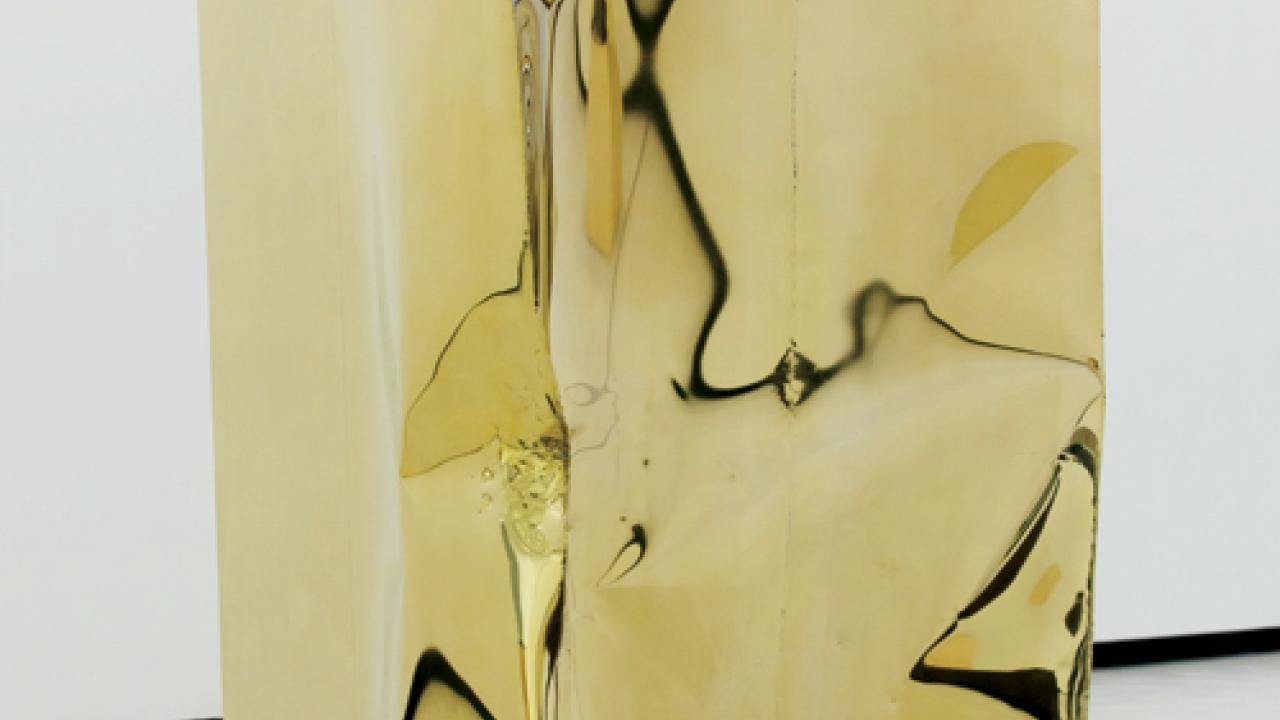 Lara Favaretto: exploring the nuances of death and disappearance 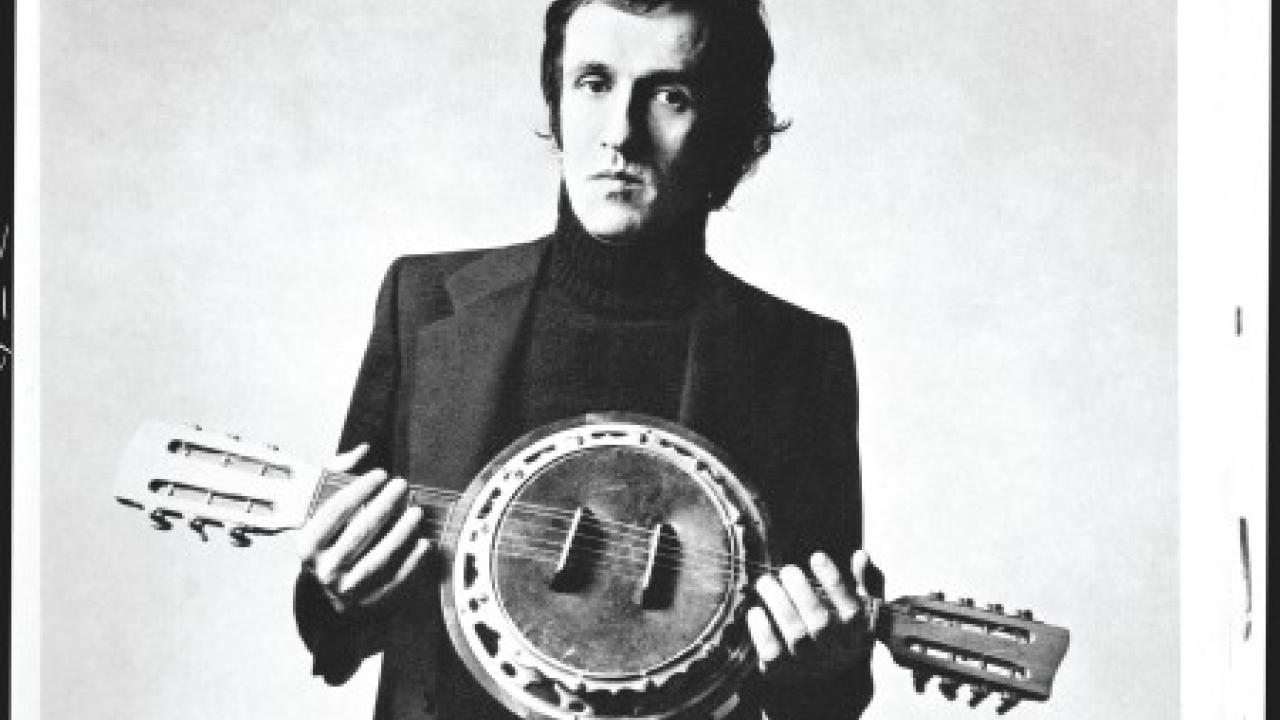