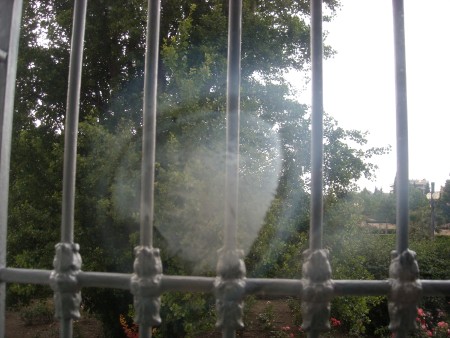 On 18 or 19 August 1936 Federico García Lorca, the great Spanish poet, playwright and, in his words, ‘anarchist, Communist, libertarian, Catholic, traditionalist and monarchist’, was shot against a cemetery wall by militiamen loyal to General Franco. He was 38.

Awriter who was gay in a viciously homophobic culture, García Lorca created work that is characterized by its understanding of the limits of reason, its fierce concern with social justice and by its wild, almost Surrealist humour. His plays and poems – which were as influenced by developments in art as they were by those in the theatre – are also filled with premonitions of his own death: ‘Then I realized I had been murdered,’ he wrote, ‘they looked for me in cafes, cemeteries and churches […] but they did not find me.’ Now, however, it looks as though they have. His body, long considered lost, has been discovered in a mass grave near the village of Viznar. Controversy swirls around its possible exhumation. García Lorca’s family vehemently opposes it; his niece Laura García Lorca de los Rios, director of the García Lorca Association, has said, ‘we want the circumstances of his death to be respected and this place protected from commercial speculation and morbid curiosity’.

There are, however, more ways than one of resurrecting someone. Hans Ulrich Obrist, a believer in Robert Musil’s dictum that ‘art can happen where we least expect it’, has long been interested in the places lived in by interesting people. Since ‘The Kitchen Show’ in 1991 in St Gallen he has curated exhibitions in the residences of Friedrich Nietszche, architects Luis Barragán and Sir John Soane – and now García Lorca’s summer home. Obrist organized a three-part exhibition of work by 30 artists responding to García Lorca: ‘everstill/siempretodavía’, a title Douglas Gordon dreamt up in response to the writer’s preoccupation with time and inevitability. The first parts of the show were held in the Huerta de San Vicente and various other venues in Granada, while the final phase opened in September at the Residencia de Estudiantes in Madrid.

García Lorca described his family’s summer idyll to a friend in 1928 as ‘a precious place with trees and clear water, with Granada outside my balcony, stretched out in the distance with unequalled beauty’. Now it’s an oasis in the middle of a dusty park, surrounded by busy roads and ugly apartment blocks. The exterior of this comfortable Andalucian house is unremarkable; a benign presence that reinforces the indifference of architecture to the fate of its inhabitants. Inside, however, its tranquil rooms are dominated by the presence of the writer – from his worn, lovely piano, to faded photographs, his old typewriter and modest bed. Knowing that it was from here that García Lorca fled the militia before his eventual capture infects the atmosphere with a terrible sadness. How to respond to such a life, such a death?

The participating artists were invited to immerse themselves in García Lorca’s world, resulting in what Obrist describes as both a ‘tribute and subtle conversation’ – from pictures and sculptures to installations and performance. The most powerful responses were, in a paradox that Lorca might have enjoyed, also the least visible. As though posthumously lending the poet a helping hand, Rivane Neuenschwander made him a new bedspread, combining details from García Lorca’s sketches of fabulous animals with references to the birds he loved, Dominique Gonzalez-Foerster filled the living room with interesting books, and Philippe Parreno repainted the window grilles in their original colours. Parreno also crafted one of the most distilled, elegiac works I’ve seen: a cloudy patch engraved into a pane of glass overlooking the garden, evoking the eerie sensation that someone recently departed had just breathed on it.

Other artists responded to episodes from the writer’s life – seemingly slight gestures that, experienced together, were rich evocations of a man whose life may be long gone but whose ability to influence imaginations is as potent at ever. Hearing that García Lorca and Salvador Dalí – who were probably lovers – liked to meet beneath olive trees, Tacita Dean photographed one, which she then printed as a silver-coated postcard. For the duration of the show the Dalí Foundation sent one of these postcards every day to the Huerta de San Vicente. They piled up, unanswered, on a table in the hall, like the melancholy correspondence between two ghosts. García Lorca, an accomplished musician, was passionate about flamenco. Enrique Morente, the celebrated flamenco singer, paid tribute to the writer by composing a sombre sound piece of Granada’s church bells interwoven with moments of silence and flamenco rhythms, which he installed in the kitchen, where García Lorca liked to sit and talk with the servants about Andalucian folk tales.

García Lorca’s bedroom – where he wrote – proved to be the most popular place in the house for the visiting artists. John Giorno meditated upon his bed, before placing poems in the fountains in the gardens outside the house; David Bestué and Marc Vives installed a tiny theatre of marionette insects beneath the bedsprings, Historia del alacrán enamorado (Story of the Lovelorn Scorpion, 2008) in response to García Lorca’s early ‘insect comedy’ El maleficio de la mariposa (The Butterfly’s Evil Spell, 1920); Gilbert & George were photographed stiffly lying on the bed as though it were a tomb; and Sarah Morris hung a painting on the wall which echoed the Moorish tiles of the floor. Obrist has said of García Lorca that ‘it is rare to find a literary figure who inspires such a creative outpouring from visual and performance artists’. Going on the sensitivity and complexity of work on show here, it would be hard to disagree. The last word, though, belongs to García Lorca himself. ‘In all countries’, he wrote, ‘death is an end. It comes, and the curtains are closed. Not in Spain. In Spain, they are raised. A dead person in Spain is more alive dead than anywhere else in the world.’

Paying tribute to the legendary designer and his passion for books