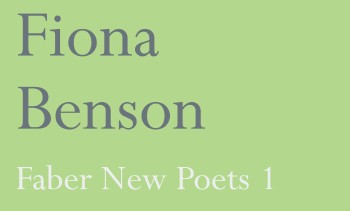 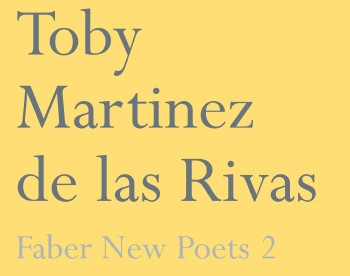 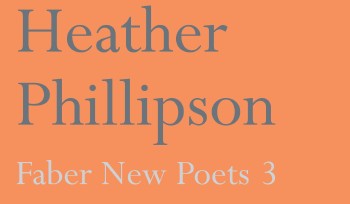 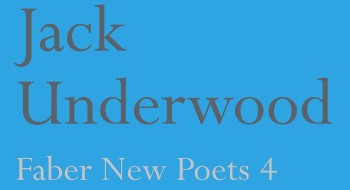 In April 2009, a story in The Times identified the Internet as a possible life-support system for contemporary poetry, offering forums for discussion, immediate feedback from peers and outlets for virtual publication. While this may be the case, poems have both minds and bodies, so most readers will still want a book to dog-ear and touch.

‘Faber New Poets’, a new project initiated by Faber & Faber with Arts Council England, complements this alleged online renaissance: each year, four poets will benefit from a bursary, a mentorship and an untitled 24-page publication. Of the first four to be selected, three – Fiona Benson, Toby Martinez de las Rivas and Heather Phillipson – are about 30 years old, while the fourth, Jack Underwood, born in 1984, is the youngest.

Benson predominantly writes poems-as-anecdotes, describing events in language made palpable with sound patterns, often sealed by an epiphany. Nature frequently provides a mirror or context for her – or her speaker’s – experiences. Some of these are forcefully described, and yet she often spoils the poem with pseudo-spiritual resolutions that come off as too casual or unearned. In ‘Caveat’, a prickly cactus is redeemed by its ‘halo of flowers’, and, in ‘Corpo Santo’, a vivid description of scuba-diving ends with the speaker entering ‘grace’. Much better is ‘Yellow Room at Arles’, written from the point of view of a prostitute addressing Vincent van Gogh. The mood of vulnerability is deftly handled.

The first-person perceiving subject is more nuanced and unstable in the work of Martinez de las Rivas. He displays instead an ambitious range of voices and formats, not to mention a couple of long poems, including the superb ‘Twenty-One Prayers for Weak or Fabulous Things’, in which the poet achieves a voice that brings to mind a mix of George Herbert, a Victorian naturalist and Gerard Manley Hopkins.

Phillipson, by contrast, adopts a friendly, everyday persona in her work, often attempting to measure herself against a paramour, whether a dead poet, as in ‘Devoted, Hopelessly’, or an apple-munching boy in ‘James Grieve’. ‘Practising a Celtic Language as Distraction from a Bad Haircut’ and ‘Nuts and the Invention of Aspiration’ display her knack for witty titles.

Among the strongest poems in the four books is Underwood’s ‘Gottlieb’, a pocket folk tale in which the speaker is steeling himself to rescue, or at least carry, Gottlieb. The speaker begins by weighing his own needs against Gottlieb’s and then advising him to give up his letters to his ‘puppy kids and rabbit wife’. The language is vivid and direct, and yet we don’t know how, exactly, the tale ends. The final image of Gottlieb’s eyes, ‘filled with water, daylight / and the yellow beaks of gulls’, swells with thrilling, beautiful ambiguity, unfolding at once with consolation and horror.