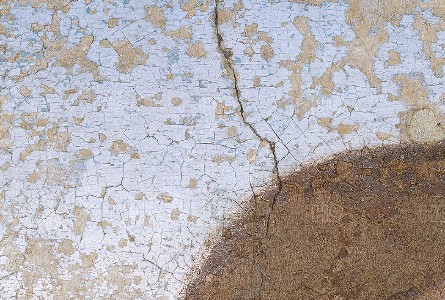 On 20 April 1963 the French Ministry of Cultural Affairs, led by André Malraux, closed the complex of caves at Lascaux to the public. Preservation was the reason; the paintings had become considerably damaged by an excess of carbon dioxide produced by the steady flow of 1,200 tourists per day. The caves, discovered in 1940, had been opened to the public just 13 years earlier to show off the marvel of some 2000 painted figures dating to the Upper Paleolithic period (15,000-13,000 BCE).

In 1972, 200 metres from the original site, work began on Lascaux II, an exact reproduction of the Great Hall of the Bulls, and the Painted Gallery, two of the six sections of the caves. 20 artists and sculptors led by Monique Peytral created the replica, at a cost of more than 500 million francs, with raw materials believed to have been used 17,000 years before. Lascaux’s simulation was opened to the public in 1983.

In effect, no one will ever see Lascaux again. Rough calculations say that by 2050 only the Lascaux caretakers and a few scholars will have living memory of ever having seen the original cave paintings. Imagine a culture without copies because there are no originals. This is a reworking of two of the most imperative, if woefully underestimated questions of our era poised by Rosalind Krauss when she asked: ‘What would it look like not to repress the concept of the copy? What would it look like to produce a work that acted out of the discourse of reproductions without originals?’ Lascaux II provided an early draft of an answer, and now an online digital image of Leonardo da Vinci’s The Last Supper (1498) supplies another. On 29 October this year, a 16 billion pixel image of The Last Supper became available online. What’s the importance? The online version is 1,600 times more concentrated than an image taken with a typical 10 million pixel digital camera, meaning that it is literally more than the naked eye can see.

Leonardo’s masterpiece resides in a former monks’ dining hall adjacent to the Church of Santa Maria delle Grazie, where curators have become increasingly apprehensive over how the work of art suffers from its polluting admirers; 350,000 a year. Four times the numbers of requests to see the painting are refused annually out of concern for the painting’s wellbeing. Curator Alberto Artioli said that doors won’t close on the picture any time soon; it may be premature to call the digital image The Last Supper II, but it is surely the first step in that direction. One recent Autumn morning I had the chance to drop by the Church of Santa Maria delle Grazie to see Leonardo’s painting. It had been years since my last visit; it’s been cleaned and restored and the dry-fresco looked brighter than I remembered, but the experience of seeing the picture had changed even more dramatically. After passing through a filtration system designed to reduce the painting’s exposure to dust and pollutants, I was ushered into the hall, along with 24 other pilgrims to bask in the warmth of the original for 15 minutes, after which the next group in line would have their turn. 15 minutes in the middle of a crowd allows no more than a quick look, to see it carefully is impossible, and so what was this experience? Some dim version of the effect Walter Benjamin granted aura?

Arguably, a 16 billion pixel image of ‘anything’ makes the pilgrimage to see it seem pointless – it agitates the notion of aura. As one news story read: ‘Now, you can have the masterpiece come to you through the Internet.’ And why not? Online you can see the picture at nose-length where details, otherwise unavailable, are in plain sight. Leonardo scholars aside, no matter how many times you have seen the painting in person, can you say that you ever lingered over the minute peacock embroidered into the tablecloth? Now you can. The democratic virtues of this digital image are self-evident, but so are many practical ones. High resolution allows scholars to examine details of the 15th-century fresco that they otherwise could not, including trace drawings Leonardo put down before painting.

As for the great unwashed, why stand in line? For context? Context at the Church of Santa Maria delle Grazie means a Disney-like assembly line, and what remains of the monk’s former dining hall gives little sense of what the painting might have meant in situ. When Susan Sontag wrote in On Photography (1977) that ‘being educated by photographs is not like being educated by older, more artisanal images,’ she left open the door to the value of unmediated experiences with the visual arts, but now, at least in the case of the The Last Supper, that equation seems to have been reversed. Could it be that the masterpiece has switched roles with its reproduction where the truth of the image is concerned?

For those in line to see the The Last Supper it may be hard to swallow that the digital copy online, back home, could trump the original they are about to witness, but it already has assuming it is the painting they have come to experience. And for the vast majority of those who wish to see the The Last Supper, but never will, the online image is – by default – an acceptable level of reality. Once the original becomes ancillary to its own reproduction, we may fairly ask if it ever will be possible to stand before 16 billion pixels and feel with conviction that the image is ‘beautiful’, ‘inspiring’, ‘sacred’ (lacking the original, of course)? How are those emotions any less authentic? When The Last Supper is finally closed to the public, those will be the only emotions left to us. This digital image of the The Last Supper offers an early opportunity to teethe on the beta version of the ‘culture without copies’ Krauss teased out with her penetrating questions. How will art sustain its relevance in a culture without copies, or should I ask will it?