Alchemy, travel and the essay

The essay is having a moment. Not just in writing but in art too, and a writer could be jealous of how artists have taken to the form. Ellie Ga’s essays – which manifest as performances and installations – guide you on expeditions to the Arctic or through Egypt searching for the first lighthouse. She delves into memory, myth, language and history, in the Montaignian sense of essayer – to try, to explore.

With each project Ga generates research, notes, reports, performances and video pieces plumbing her ideas. For the series ‘Square Octagon Circle’ (2012–14) she created Eureka, A Lighthouse Play (2014) and the three-channel video installation Four Thousand Blocks (2013–14), following her search for the Pharos lighthouse in Alexandria through to Thoth, the Egyptian god of calendars, numbers and writing. The Greeks fused Thoth with Hermes, and this hybrid god gave birth to alchemy. Ga discovers that alchemists prefer to pass on knowledge orally. ‘If you want to remember something,’ Ga says, ‘don’t write it down.’

On one screen, she arranges movable letterpress type; another shows a darkroom. In the middle, her hands shuffle transparencies, layering images: boats with eyes, Egyptian political posters emblazoned with apples or basketballs, and the hand gestures she uses whilst diving at the lighthouse ruins. Her voice and hands are hypnotic. She sets the type; the middle screen goes dark, and she discusses typesetting’s history. The text she’s setting will ultimately be about the nature of writing. Thoth created writing, which he called ‘the gift of memory’, but the king (Plato tells us in writing) declares it to be the gift of forgetting. Who needs to remember something when you can write it down?

Ga has long been interested in archiving. An early book, The Classifications of a Spit Stain (2000), charted various marks on streets and sidewalks, and she served as artist-in-residence at the Explorer’s Club in New York (think grand, 19th-century expeditions in pursuit of science and full of hubris). There, she developed a lecture, The Catalogue of the Lost (and other Revelations) (2007), detailing the club’s archive and discovering what had disappeared: missing names, places, files and specimens. Imagine the ‘whale’s eyeball’, whose label listed its donor and date, though the eyeball itself was long gone. Her talk included photographs of the Arctic that failed to develop. Recorded instead were the descriptions of what the photographer had tried to capture: ‘The likeness of some of the natives’, or ‘The ship and the coast’. Dr. Elisha Kent Kane’s were the most moving ‘missing’ photos. With the weather too cold to make Daguerreotypes, the plates were instead used as shaving mirrors. Then, as the crew was dying from scurvy, the mirrors reflected the outside world so the men could see to Bessie Mountain (which Ga notes no longer exists on any maps of Greenland).

For her next project, The Fortunetellers (2011), she headed to the Arctic aboard the Tara, as the ship’s artist-in-residence. Stuck in polar night and pack ice, the crew studied the frozen sea. The name of the ship sounds like tarot, which the crew played, and, in Ga’s performance based on the voyage, the word’s doubling marks the nature of fate on the rudderless ship whose direction the crew can’t control. When Ga joined the boat, she didn’t know how long she’d be aboard – four, six, eight months – before the ice released them.

Using film, transparencies and slides, Ga tells the expedition’s tale, though not chronologically. While days on board were highly regimented, the crew had no sway over the duration of their trip: in an added irony, the Pole, as the point at which all lines of longitude meet, has no time zone. The Tara’s clocks were set to Paris time, and the crew even observed daylight saving, despite having no daylight. Meanwhile, in the ship’s library, Ga found magazines containing adverts for luxury watches, which all showed the same time: she had to discover why. Stitching these ideas together in The Fortunetellers, she describes life aboard the ship while slides of the watches flash cryptically by until she reveals the answer to the riddle: watch hands are always shown angled up at ten to two or ten past ten to avoid the face looking ‘sad’. Discovering this was tricky: the boat had no internet, only a satellite phone to collect email once a week.

Ga has noted that Victorian explorers often gave public lectures, but we’re in the age of the TED Talk; the artist’s lecture is a performance staple, and Wikipedia allows stray knowledge to come off as mastery. The way her essays slide from subject to subject serves as an analogy for thinking in a hyperlinked world where one topic can quickly connect to another. In The Fortunetellers, Ga slips from talking about time to the plankton that the crew studies. Her ideas drift. The boat is adrift. And plankton’s name, Ga reveals, derives from the Greek word for ‘drift’. Being onboard the Tara made it impossible to do any further research on the web; still, the drift of ideas feels akin to how they can connect online, and she moves from drift, plankton and Proteus to the first light at the end of the Arctic night, the phare that carries her to Egypt.

At the end of The Fortunetellers, Ga focuses on the fracturing ice. Danger lurks as their evacuation tent and outhouse cave in. Familiar landmarks slip away. The artist starts tracing crew members’ palm lines, which look like the ice cracks and double for a sort of palmistry. The captain is last to get his traced: the moment is intensely intimate. Despite the physical closeness imposed by being on the boat, both note how little they really know anyone onboard. ‘We agree’, Ga says in her narration, ‘that there are many different ways to know people and we leave it at that.’ Her performance ends with black and white footage of a lone explorer in the snow. All is silence, then dark. It could be now, or 100 years ago.

Ellie Ga is an artist living in London, UK. In 2015, she has had solo exhibitions at Frac Franche-Comté, Besançon, France, and Le Grand Café Centre d’Art Contemporain, Saint-Nazaire, France, and solo performances at EMPAC, Troy, New York. Her work was recently on display in ‘Storylines’ at the Solomon R. Guggenheim Museum, New York. 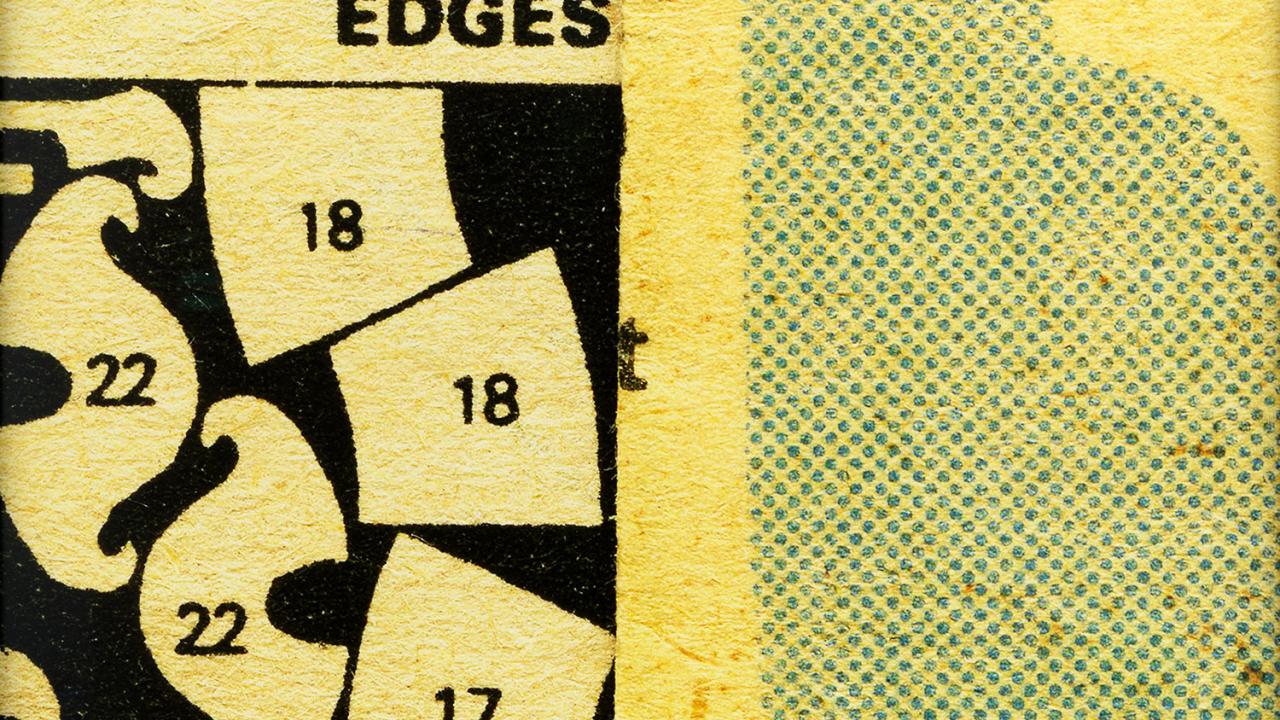 Baum’s work, on view at New York’s Bureau Gallery, calls attention to the overlooked hand labour of the textile industry