Francesc Ruiz makes art in an expanded comic-book format that exploits the radical potential of cheap printed matter – and words and pictures – to forge stories and to survey the construction of gay identity and the contemporary city. Ruiz advocates the work of American comic-book artist and theorist Scott McCloud as a manifesto for the future of comics. McCloud treats comics as a revolutionary device whose distributive landscape circumvents the trivializing effect and proprietary clout of mainstream media. (Ruiz paid irreverent homage to McCloud by grafting his face onto McCloud’s avatar and modifying some of his texts with the publication and installation Cómics de la Revolución, Comics of the Revolution, 2009.)

Japan’s comics culture is one of the only places where such a revolution has been partly realized. It was through the parodic principle of Yaoi – hyper-emotionalized or hyper-sexualized stories involving gay men, real or fictional, drawn by female fans for a female audience – that Ruiz’s series ‘The Yaois’ (2011) fused comics’ capacity for détournement with a riotous examination of the iconography of homoeroticism, from the Tijuana Bibles to Tom of Finland and The Smiths album covers. ‘The Yaois’ comprised a moral melée of 23 panels made up of six-by-six grids of numbered A4 sheets of Internet-sourced images and Photoshop collages. One suite of panels juxtaposed butchered Pop imagery through a jocular flow of innuendo and infringement, from the Tintin sex-tourism parody Tintin in Thailand through a narcissistic Roy Lichtenstein with a Robert Rauschenberg buddy fantasy, phallic pictograms which cock a snook at Julian Opie, to Dan Graham pavilions posited as locations for anonymous sex. Elsewhere Ruiz traced the link between the insinuation of homosexuality and turpitude, controversy or sacred betrayal. Faked compromising images of the current Spanish prime minister, Mariano Rajoy, and his predecessor, José Luis Rodríguez Zapatero, that went ‘viral’ abutted mash-ups of Benetton’s recent pope-kissing-imam advertisement and a grid of Jesus-Judas kisses as depicted on the façade of Barcelona’s Sagrada Família basilica.

The Green Detour (2010) – part of Ruiz’s recent solo show at Contemporary Image Collective, Cairo – was an Arabic-language fotonovela which could only be formed by collating its nine sequential episodes from different distribution points throughout the city – artist residency centre The Rooftop Studios, for example. This breadcrumb trail of pages led the reader on a clandestine looped dérive across the pre-revolutionary city which shadowed the adventures of its cast of four characters, each with a singular place in the history of Egyptian comics and its lockstep with propaganda, imperialism and censorship. Cut out from their original fictive contexts and pasted together into present-day street-level photographic backgrounds, the gang try to read their drawn heritage through the city: Tintin (here registering less on the gaydar and more through his complicity in Hergé’s orientalism); Donald Duck, the Disney icon widely known in Egypt since the late-1950s through localized Arabic-language pocket books; Samir, eponymous star of the first indigenous Egyptian comic-strip; and ‘the Crushed Citizen’, a skeletal and demoralized government drudge who appeared in the comic book Flash until it was banned by the Mubarak regime in the 1990s. Finding a copy of the Hergé epigone Edgar P. Jacob’s Le Mystère de la Grande Pyramide (The Mystery of the Great Pyramid, 1954), they enter the Egyptian Museum by stepping through its pages. Later, the Crushed Citizen finds himself swept up in a demonstration of fellow oppressed workers in nearby Tahrir square, unaware of the real tumultuous uprising which would begin in the square just two months after The Green Detour’s release.

Cairo Newsstand (2010) is a companion work that mimicked a newspaper stand from the Egyptian capital displaying the array of titles available on 10 May 2010. Crumpled paper versions of the rocks which vendors use as paperweights became the characters of Ruiz’s press landscape as speech bubbles imagined the chatter of these hardened guardians of the covers. This was the third of Ruiz’s kiosk installations in which the pages offered by such roadside points of sale become analogues of the social body of different cities, not just through the ‘skins’ of the cover designs, but through the projected taste, opinion or special interest for which the display apparently caters. Philadelphia Newsstand was produced for the Philagrafika Biennial in 2010 and took the form of a kiosk fraught with more than a hundred Ruiz-invented magazine covers interweaving fact, legend and logos relating to Philadelphia. Racial tensions and the frictions of gentrification were spliced with allusions to the city as the birthplace of graffiti in the 1960s, the clean-cut counter-movement represented by the Mural Arts Program of the 1980s, Marcel Duchamp’s Étant donnés (1946–66) secreted within the Philadelphia Museum of Art, as well as Philadelphia (1993), one of the first mainstream films to address the AIDS crisis. Ruiz treats the latter as a virulent leitmotif in a manner that hints at what the fragmented whole of his practice mobilizes and takes accountability for. That is, both as a tactical means to intercept homophobia and repression, and as an equivocal and contentious consideration of mutated comic-book words and pictures as metaphors for both the infectiousness and immunodeficiency of information. 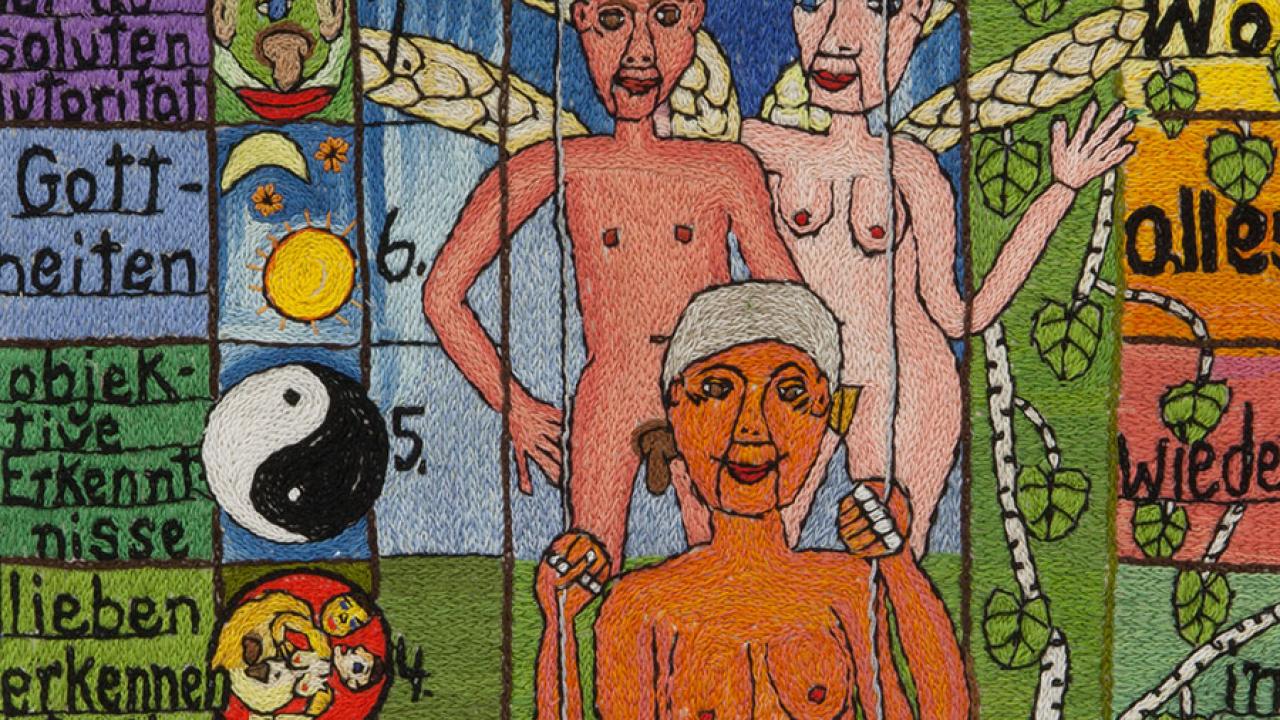