Post-colonial Angola; photography as both ‘pliable fiction’ and ‘weapon of intervention and denunciation’

Luanda, the rehabilitated African port city where artist Kiluanji Kia Henda was born four years after Angola gained its independence from Portugal in 1975, is a place of recurring ellipses. Perhaps it is not so much a case of omission as incompletion that marks life in this increasingly gridlocked capital city on Africa’s oil-rich western coastline. At one intersection where some of Luanda’s tree-lined avenidas meet, a pedestal that once elevated the statue of Pedro Alexandrino da Cunha, a 19th-century colonial governor-general, stands empty. Outside the National Assembly it is the same: the white Deco-style plinth is also empty, the statue of its former occupant, Alfonso I, Portugal’s first king, stored in a military stockyard alongside effigies of colonial adventurers and grandees of empire.

Shortly after independence, in an attempt to establish a new public narrative for its citizens, Angola’s Marxist leadership installed an armoured car used by Agostinho Neto, the country’s first post-independence president, on one of the unoccupied pedestals. It was a grotesquely prophetic choice. Angola’s ruinous civil war, a late-Cold War conflict which dragged on from independence until 2002, plunged the country – which in 1975 was the world’s fourth-largest coffee exporter – into radical decline. News and travel reports since have repeatedly commented on the city’s vacant plinths, proposing them as a kind of metonym for a state in the process of becoming. Despite a recent oil boom, Angola’s narrative of self – one that Kia Henda explicitly allies his practice to – is still in the process of reinvention.

Intrigued by the absent statues and the multiple colonial abuses they signalled, in 2010 Kia Henda visited the fortress of São Miguel with his camera. Set on a position overlooking Luanda’s port, this fortification, built in 1576, was once a major point of origin in the transatlantic slave trade. Similar to photographer Guy Tillim, who tracked down the toppled statue of Welsh journalist and explorer Henry Stanley to a government transport lot in Kinshasa, Kia Henda photographed the sombre effigy of Alfonso I in the open-air stockyard. Aside from weapons of war, the yard also contained disassembled stone pieces that once portrayed seafarer Vasco da Gama, and, illogically, a towering bronze statue of Nzingha, the legendary 17th-century queen of pre-colonial Angola who was held captive in the fortress for resisting colonisation.

Unlike the other statues, the queen, who appears in seven of the 12 photographs comprising Kia Henda’s ‘Balamuka –Ambush’ (2010) series, was only a temporary visitor. Installed on a pedestal on Luanda’s Kinaxixi Square in 2002, she was temporarily moved to São Miguel during an upgrade of the square. It all forms part of an ongoing process of restitution; in January, for example, 35 new monuments and historical sites were presented to Angola’s Ministry of Culture. ‘Balamuka – Ambush’ – the earliest work in Kia Henda’s work-in-progress Homem Novo, an open-ended exploration into the meaning of the ‘new man’ eulogized in the country’s national anthem – is obviously about Angola’s remaking. More formally, it is a descriptive work, which is where many photographers negotiating monuments and memory in postcolonial Africa – Tillim and David Goldblatt in particular – have left it.

Although schooled in southern Africa’s austere documentary tradition, informally at first by his biological brother Cassiano Bamba and adoptive brother Afonso Laixes - who died soldiering in the civil war - and later by the photojournalists Carlos Louzada and John Liebenberg, Kia Henda’s photography is marked by its increasing refusal to simply show. His lens-based practice oscillates between an optimistic faith in the vérité style of documentary, and a more playful engagement with the photographs as pliable fictions, and also as artefacts of the ephemeral, performance in particular. A year after finding the toppled statues, Kia Henda collaborated with Miguel Prince and urban dandy Shunnuz Fiel to produce the series ‘Redefining the Power’ (2011). Luanda’s much-remarked pedestals became the site for stylized performances, which Kia Henda photographed from the same vantage points used in a series of archival tourist postcards he had found. He juxtaposed the new and old photographs to distinguish the colonial ‘then’ from the independent ‘now’.

Self-awareness is vital to his practice. ‘I grew up in an experimental period in a country that is as young as I am, where there has always been, political options aside, a great and accessible cultural and even religious freedom,’ remarked Kia Henda in an interview with Lígia Afonso published last year. He has directed this freedom towards interpreting Angola, which stands at the ‘epicentre’ of his investigative projects, not because of an exaggerated nationalism, but because through the particular he hopes ‘to ﬁnd certain common factors, between various points on the planet, in order to shorten distances and improve dialogue’. The idealistic nature of his project largely owes to Kia Henda’s discovery, while living in Johannesburg in the late 1990s, of photography as ‘a weapon of intervention and denunciation’. This near-militant faith in photography’s activist capabilities is tempered by a rival impulse: photography, as he has acknowledged, is capable of ‘sensationalism, omission or disorientation’, traits that he has recognized as useful. His photographic installation Icarus 13 (2008) – which stemmed from an invitation to contribute to a book by Cape Town artists – is instructive. The work, which describes an Angolan scientific mission to the sun, comprises a glass-domed architectural model and eight supporting photographs, one showing the needle-shaped solar spaceship, another the green iridescence from its launch, and an exterior view of the astronomical observatory.

Of course, the purported mission never happened. Icarus 13 is an elaborate hoax: the green cast across the sky came from fireworks launched in a Luanda football stadium, the observatory is an unfinished provincial cinema theatre, and the spaceship is Neto’s incomplete Russian-built mausoleum in Luanda. Reflecting on the work’s sci-fi qualities – which recall Jean-Luc Godard’s conceit with Alphaville (1965) in the way it proposes the ordinary (and in Angola incomplete) as fantastical and speculative – Kia Henda offered what could be construed as a defining motivation for his practice: ‘There are two questions which are vital to the African context: the ability to write and know one’s own history, and the ability to plan one’s own future.’ 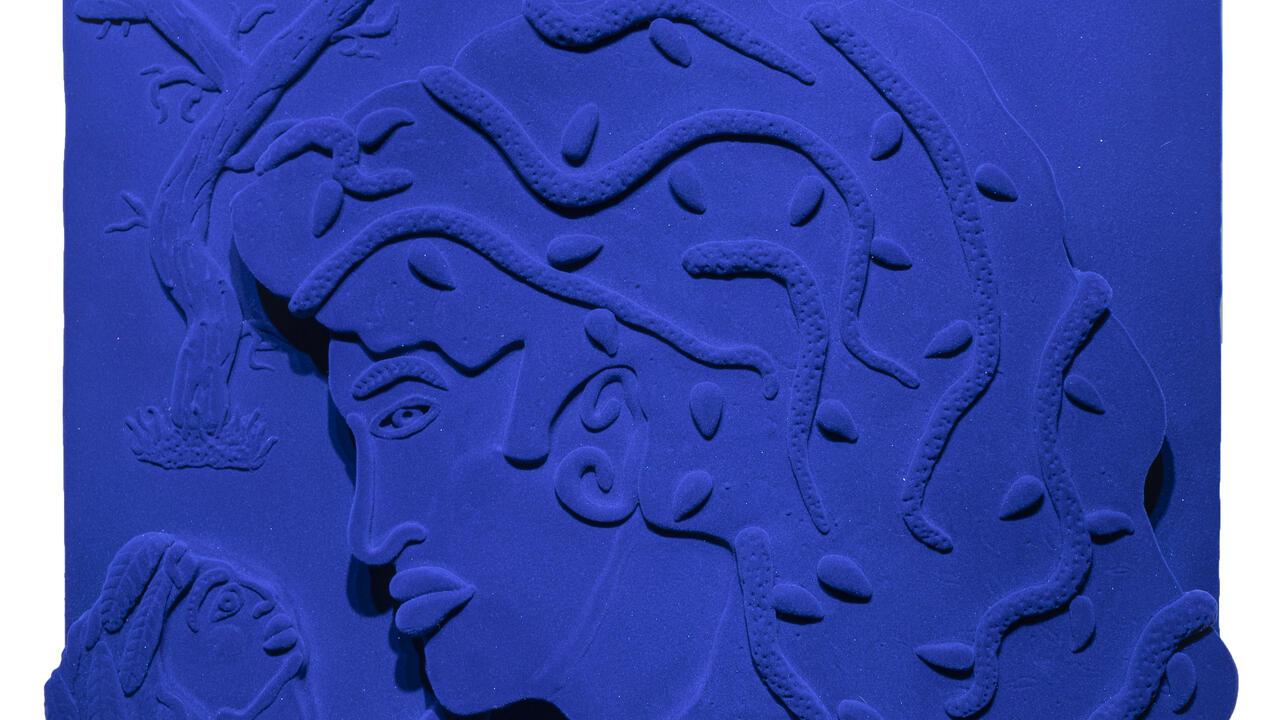