When Filippo Marinetti published The Futurist Cookbook in 1932, the world was in the grips of the Great Depression. ‘We propose as an antidote to this panic a Futurist way of cooking, that is: optimism at the table,’ he wrote. ‘Zoological soup’ and ‘polyrhythmic salad’ were never meant to grace a table; rather, they rethink our sensorial and cultural relationship to food in a time of scarcity. For our cookbook, nine artists – Bea Bonafini, Débora Delmar, Olafur Eliasson, Christopher Knowles, Otobong Nkanga, Heather Phillipson, Slavs and Tatars, Rirkrit Tiravanija and Zheng Bo – have created ‘recipes’ in a variety of formats. Though not all are edible – some are – they each bring optimism to the table. Theirs is a feast for both the palate and the mind. 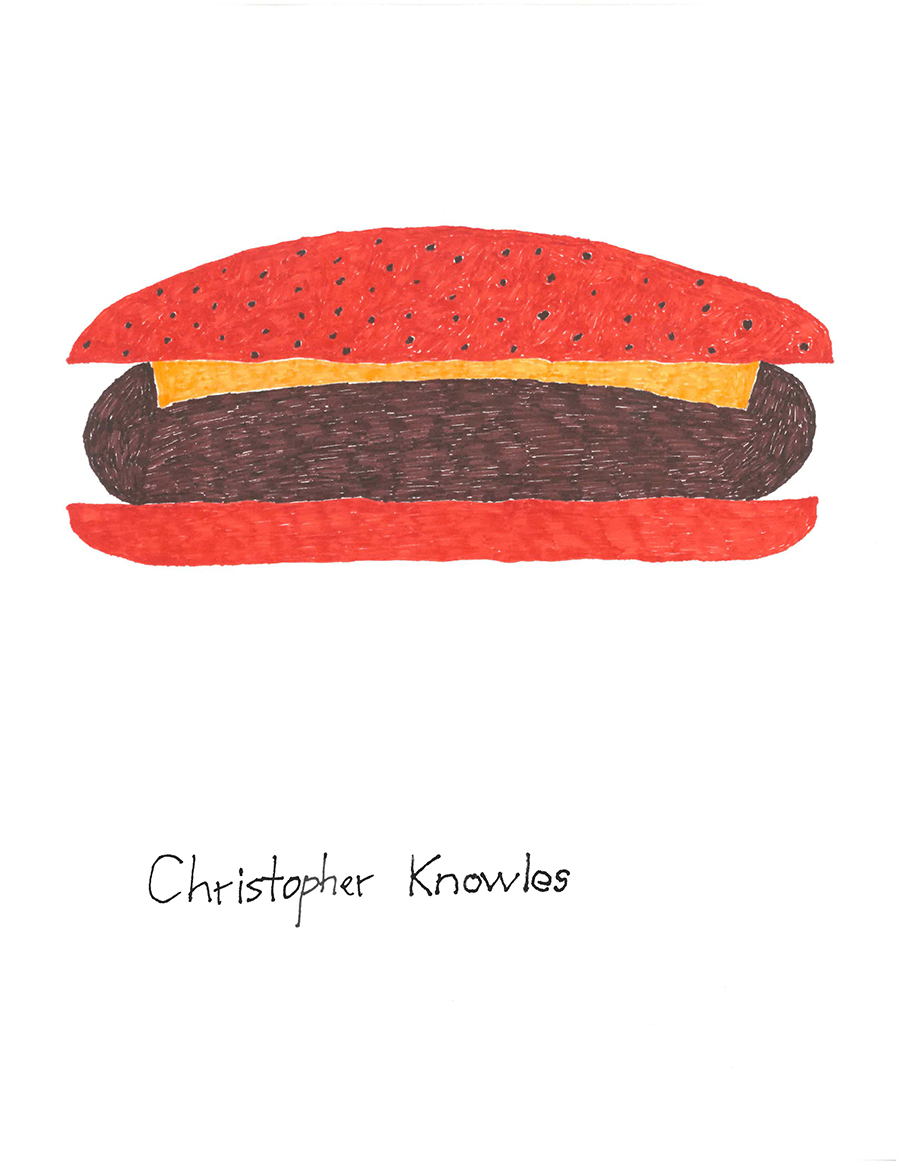 Christopher Knowles is a visual artist and poet. In 2018, he had a solo exhibition at Contemporary Arts Museum Houston, USA.

Fish sauce (Nam Pla) has amazing capabilities. It smells quite rough on its own but when added to foods it blends in, enhancing the flavours and bringing a lushness and body to the dish. It is used like salt or monosodium glutamate (MSG) and does the job of both. It even works perfectly with ice cream, bringing a kind of salty and toasted caramel note. Some can even detect the taste of overripe tropical fruits.

Combine the egg yolks and sugar, pour in the cream and milk. Prepare a large bowl filled with ice and water. Place another, slightly smaller bowl on top of it. This bowl should hold the whole ice cream base.

In a bain-marie, heat the mixture gently until it reaches 82°C (180°F). Pour into the bowl sitting on the ice. Stir slowly with a spatula until the mass has cooled down to 4°C (39.2°F). While stirring, add more ice if needed.

Add fish sauce to your taste. The base should taste a bit stronger than you want the end result to be. Churned ice cream is cooler and has more air, hence the taste of fish sauce appears lighter in the end. This recipe is ideally made with an ice cream churning machine, however, if you do not have one, prepare a bowl filled with ice, salt and a bit of water. Put the ice cream base into a smaller metal bowl, place it on the icy water and slowly mix with a spatula until firm.

Rirkrit Tiravanija is an artist based in New York, USA, Berlin, Germany, and Bangkok, Thailand. In 2019, he has had solo exhibitions at neugerriemschneider, Berlin, and the Hirshhorn Museum and Sculpture Garden, Washington, USA.

Bastard Cookbook (2019) by Rirkrit Tiravanija and Antto Melasniemi is co-published by Garret Publications and the Finnish Cultural Institute in New York.

Once the earth’s gone to broth (imagine the basting phase sucked back from termination, saucing outta pores in a skedaddling spatter-sound, flipping all choky operating procedures, aiming and capsizing the warm ocean-pans until what used to be firm-ish when prodded by your pinky quickly gets too sludgy to fork, recalling the feeling that we once simmered in a multi-species slop (umami), mushing even the bilberries that keep lugging their seed like the self-regenerating pupae fronting our government and threatening to become the old new normal), well, it’ll be hard to imagine anything like us juicing&sultry or at business-as-usual when the whole fatty confit is rinsed to piddle.

Takes you back to the fulvous jelly, don’t it, the great day we slapped forth from the roux (your mammy)

eager for the bellowing & brine

oozing out of whatever’s bizzy living

not in drops but in liquid rods

Now to forget the bumper crop of preparation

Measure out what’s left of the days drizzling down strangers

If you find yourself pummelling a lump of thigh with a strained gall, rub one off at the summit

Distort the meat into a matriarchal jerky

When the unmanned nimbus comes sniffling, dripping his pitter-patter, take things into your own hands

Like a person capable of serving & receiving mild pleasure

Split every thought into globules then blow out the nostrils

Is it enough to leave gherkins to their own devices in jam jars daily?

Is there any point monitoring your guts overnight when they’re grogged & reinvigorating?

Keep 1 good eye on them over lunch al desko

That’s not a command, it’s a plea to defer the dying seasoning

Tut tut, I forgot all about the faecal béchamel spreading wide & wider than a leak in space made up of what kind of offal or root veg admix swishing around&around us with a baffled gurgling like the panting of the atoms inside you, my gonads, my monads. We each love someone even though each someone will bite the big one and we keep loving even when the someones have bitten it leaving behind only the astonishingly strong jalapeño-effect hole where they used to scotch the flax with their strapping fronds evolved way back from my lyf as a pond-scum.

Now to blowtorch the bitten peach

Spit is what it’s all boiling down to

Then plop the orbs in at the denouement, finger-licking accompaniment to our earthly crispy-jots

Air is important here, adding a tang to the days, wafting the low-level ming of today’s graft and the self-raising gulls across the saline sidelines, as time makes us rise and collapse even as you read this.

bellow the funghi meaning the bioluminescence is more mouth-watering in the other direction. It’s vulgar, it’s bottomless, it doesn’t shit toxins all over something you were certain of a minute ago like your own face less predictable than the crème-de-la-crème brûlée, the kind that seems to be always quivering, a bi-directional wormhole, jouncy and giddy, frothing.

I’m sorry we gobbled the world, it was tormentingly curdy

Regurgitate and put some welly into it

The wild is burning

Heather Phillipson is an artist and poet based in London, UK. She has been selected for the Fourth Plinth commission, Trafalgar Square, London, and for the Duveen Galleries commission, Tate Britain, London, both of which will be shown in 2020.

Bea Bonafini is an artist based in London, UK. Earlier this year, she had a solo show at Bosse & Baum, London. Her solo exhibition at Galerie Chloe Salgado, Paris, France, runs from 6 September to 12 October.

Slice the zucchini as thinly as possible with a mandoline and marinate in the lemon juice.

Filet the grapefruit, saving the juice.

Finely chop the almonds and some of the mint.

Make a vinaigrette with the oils, grapefruit juice, vinegar, salt and pepper.

Add the zucchini, taste for salt and pepper, and top with roasted almonds and mint to serve.

Olafur Eliasson is an artist based in Berlin, Germany. ‘In Real Life’, his retrospective at Tate Modern, London, UK, is on view until 5 January 2020.

repair (verb) re·​pair | ri-per
1a: restore by replacing a part or putting together what is torn or broken
b: restore to a sound or healthy state
2: make good/compensate for/remedy

Otobong Nkanga is an artist based in Antwerp, Belgium. In May, she was awarded a Special Mention for her participation in the 58th Venice Biennale, Italy. Her solo exhibition at Tate St Ives, UK, will open on 20 September.

Débora Delmar is an artist based in London, UK. This month, her work will be included in ‘Overproduced/Overcirculated’ at Galerie Zeller van Almsick, Vienna, Austria.

Dismissed as fast-food negligibles (ketchup, mustard), relegated to add-on status (the pickle), or a gustatory masquerade (Tabasco and other hot sauces), condiments somehow recall a different era, one less bothered about basic staple items, less fanatical about farm-to-table. Perhaps people look down upon them because condiments are the accessories and perfumes to the couture of dishes. Alas, if canons are to be expanded, centres to be challenged by peripheries, then we could relish, without shame, the fact that sometimes the dish is a means to an end.

At the top of Slavs and Tatars’ condiment hierarchy reside fresh herbs. We’ve always had a soft spot for cuisines in which hot food is accompanied by cold, fresh greens. Those delicate leaves eaten raw: hefty bunches of basil and mint on top of a bowl of bò bún; the overflowing plate of tarragon, Thai basil, chives and watercress that accompanies many Persian dishes. For those perennially on-the-go, as many in our milieu, these greens can be a buoy in otherwise rough seas of bland grub. We recommend washing herbs, drying them, wrapping them in a sheet of paper towel dampened with a mere couple drops of water, and packing them in air-tight Ziploc bags. In all likelihood, your fellow passengers, not to mention airport security, will cast a scornful gaze in your direction. But wait until the meal service rolls by: the sight and smell of sprigs of fresh tarragon are the closest thing to ecstasy in a pressurized capsule.

Of course, we wouldn’t object to a chic mini-condiment carrier, with designated pockets for Maldon salt flakes, coriander seeds and a damp pouch for greens. If Goyard designs bags for dogs (Chic du Chien), surely someone out there could make one for our little leafy greens.

Slavs and Tatars is an artist collective based in Berlin, Germany. In 2019, they curated the 33rd Biennial of Graphic Arts, Ljubljana, Slovenia, and were included in the 58th Venice Biennale, Italy.

1 From Kyoto Station, walk east for five minutes to reach the Suujin area, home for the past 300 years to butchers, leather makers and gardeners – professions at the bottom of the traditional Japanese social order that have been historically ostracized.

2 Visit the Bank of Yanagihara Memorial Museum to learn about the struggle of communities in Suujin for equality over the past century, including the 1922 Shuiheisha manifesto, which called for national equality.

3 Walk around Suujin and forage edible plants from its many unoccupied lots, which are vacant due to recent human population decline.

4 Make a salad and imagine a future of multi-species equality.

Zheng bo is an artist based in Lantau Island, Hong Kong. His solo exhibition ‘Dao Is in Weeds’, curated by Mizuho Fujita, was on show at Kyoto City University of Arts Art Gallery, Japan, in July 2019.

This article first appeared infrieze issue 205 with the headline ‘Cookbook’. 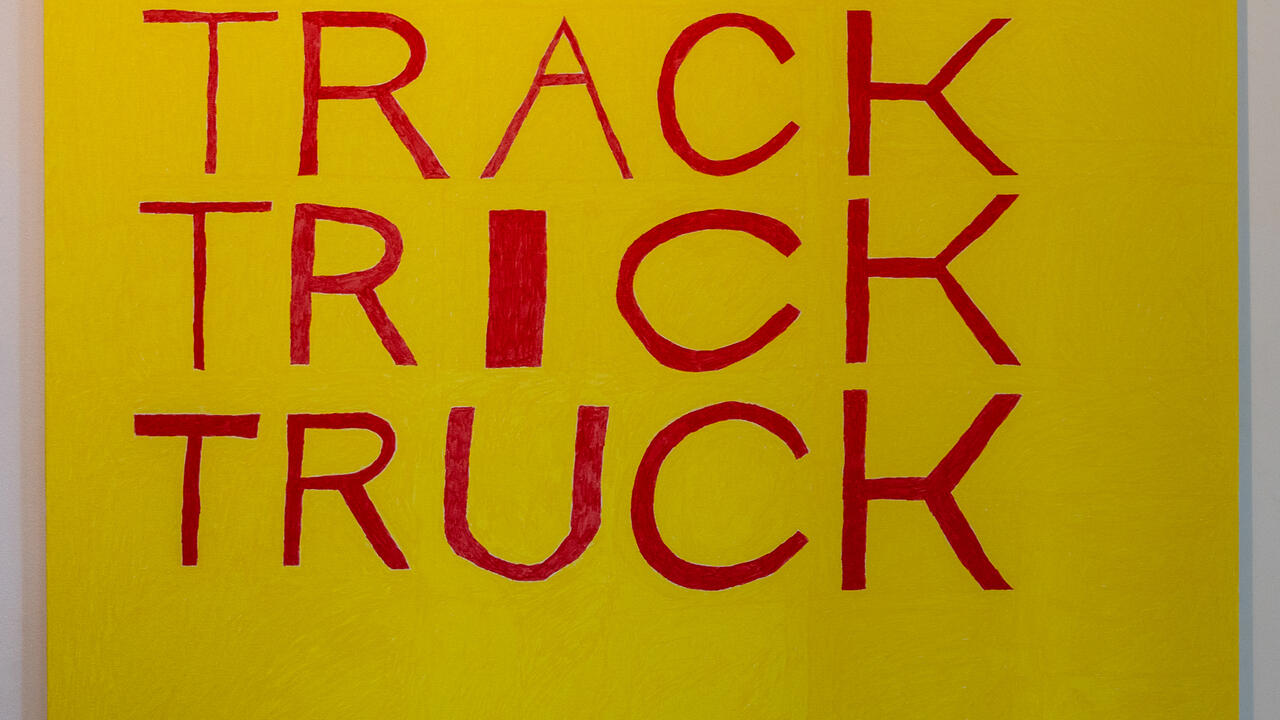