Frieze New York opens its Preview today, Wednesday, May 2. For those with Preview access, the ferry from E 35th St is one of the fastest routes to the fair - and, as Xavier Hufkens told the New York Times, also has ‘a certain romance’. Buses also depart regularly from outside the Guggenheim.

Buses will bring you to arrive at the fair's South Entrance, you'll find Hank Willis Thomas’s project for the brand new Live section, curated by Adrienne Edwards - two dramatic fabric banners that memorialize victims of gun violence. Take a left here to reach the hub for 20th century art, including the Spotlight section curated by Toby Kamps, and masterpieces by the likes of Peter Halley, David Hockney, Roy Liechtenstein, Mario Merz, Robert Motherwell, and Andy Warhol with exhibitors including Galerie Blau, Castelli, Waddington Custot, Axel Verwoordt and Donald Ellis. From this end, you can then progress through the fair in a straight line: at the opposite end, you'll find refreshment in the form of Gertie coffee and full service pop-up from The Fat Radish.

The ferry dock meanwhile is steps away from the North Entrance. Arriving here, turn left for galleries from across North America - including Richard Gray, Chicago; Kayne Griffin Corcoran, Los Angeles; and native New Yorkers Cheim & Read, Koenig & Clinton and Martos. In the same area, a key part of the city’s gallery history is explored in the ‘For Your Infotainment/Hudson and Feature Inc’, which pays tribute to the late art dealer Hudson and his pioneering space Feature Inc. Curated by Matthew Higgs of White Columns, each of the special presentations here are dedicated to artists whose careers were intertwined with Feature Inc, including Tom Friedman - check out his video tribute to Hudson here - Raymond Pettibon, Takashi Murakami, Dike Blair, Andrew Masullo and Tom of Finland.

In the afternoon, head to the Live square (L2) - look it up on the interactive fair map online - in the center of the Frame section, which is dedicated to emerging galleries and their artists. Here, at 5pm today, Lara Schnitger leads the American premiere of her Sufragette City - a fusion of feminist protest, sculpture and ritual. Not to be missed!

In the evening, the action spreads across town. The Public Art Fund opens its new commission by veteran German artist Anselm Kiefer - entitled Uraeus, this Egyptian-inspired work towers over Rockefeller Plaza. On the Upper East Side, Almine Rech opens ‘A New Spirit Then, A New Spirit Now, 1981 - 2018’, an ambitious transhistorical painting survey reinterpreting a landmark 1981 show curated by Norman Rosenthal. At David Zwirner on West 19th St, meanwhile, Jordan Wolfson’s highly anticipated solo show ‘Riverboat song’ opens. The exhibition marks the US premiere of Riverboat song (2017-18), featuring a monologue by the artist, pop tracks and unsettling animations. Expect the kind of haunting, puckish experience for which Wolfson is renowned. 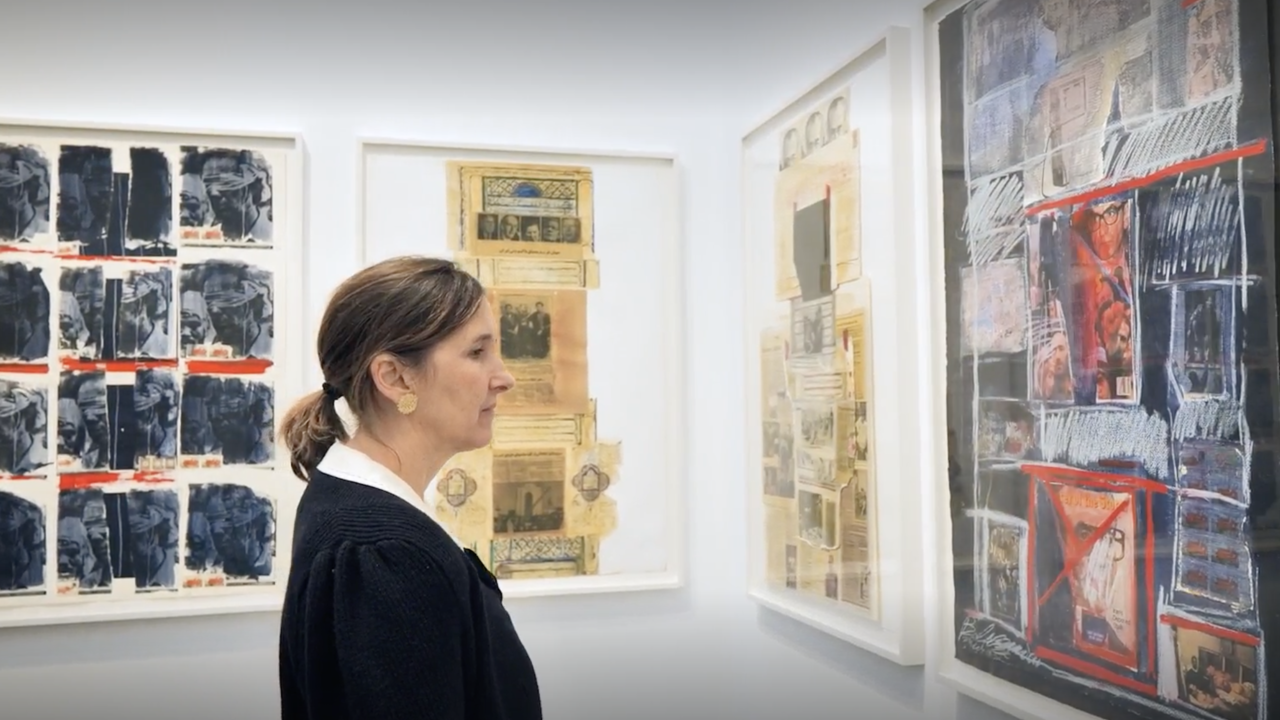