BY Christopher Bedford in Features | 01 NOV 08

Watching The Ugly Truth (2006), a three-channel video installation that features Stanya Kahn in various green screen environments, snarling and glowering at the camera, head-banging maniacally and contorting her body with admirable endurance to the dulcet tones of the inimitable US rock band Journey, a series of incongruous descriptors springs to mind: hilarious, unguarded, performative, disarming, bracing, endearing, beautiful, analytical, intimate. In isolation none of these words does much to illuminate the video, and in combination one is left staring into the impassive face of interpretative failure. Kahn’s repetition of poses and gestures and the ubiquitous green screens suggest that we are witness to a rehearsal, perhaps for a music video, but the main event never materializes. Instead we are asked to accept Kahn’s process as her product. Fortunately, camera operator and director Harriet ‘Harry’ Dodge is there to provide some reassurance. While offering Kahn direction and deftly recording the action, Dodge comments, often with bemusement and awe, on her collaborator’s improvisational alacrity and on the strange magnetism that attends her sometimes quite feral performances; Kahn’s head-banging, for example, is worthy of vintage Metallica, while her studied snarl belongs to the theatrical Norwegian black metal tradition. Even Dodge, the co-producer of this video, finds herself at a loss for words, resorting instead – and quite understandably – to familiar colloquialisms such as ‘weird’ and ‘fuckin’ funny’.

Dodge may be one of the two artists responsible for The Ugly Truth, but she is also a viewer, and a surrogate ‘I’ – the disembodied voice of our ‘period eye’, as the late, great art historian Michael Baxandall would have it. In studies such as Painting and Experience in 15th-Century Italy (1972) Baxandall was able to show how the related acts of perception and recognition are structured by the precise social circumstances in which viewing takes place. What is seen and understood is, according to this formulation, a matter of familiarity and habit. In recent years, artists such as Olafur Eliasson have gone to great lengths to create other-worldly viewing environments where spectators are supposed to ‘see themselves seeing’; in other words creating unfamiliar situations that systematically deconstruct the act of looking, offering the viewer a fleeting (and flattering) sense of false mastery over the complex, hermetic worlds they behold. Far less heady and polished in their approach, Dodge and Kahn have developed a mode of video-based performance art that caters to a different ‘period eye’ entirely, one informed not by the legacies of Modernism and 1960s’ phenomenology but by the ad hoc, improvisational, behind-the-scenes aesthetic conventions shared by reality television, docudramas and mockumentaries. The basic enticement offered by this eminently familiar mode of address has allowed Dodge and Kahn to explore a wide range of challenging, topical subjects while in the process revealing – even redeeming – popular (some might say compromised) documentary modes.

One of their most ambitious projects to date, All Together Now (2008) is a jerkily shot docudrama that examines the nefarious activities of various opposed contingents of hooded figures whose shared goal seems to be survival in a lawless, post-apocalyptic landscape. Although the narrative – if such a thing exists – is discordant and fractious, the basic thematic preoccupations and gritty documentary aesthetics will be familiar to many from films such as The Blair Witch Project (1999), 28 Days Later (2002) and Cloverfield (2008). All Together Now does not presume to be the avant-garde antidote to these frivolous productions; rather, Dodge and Kahn rely heavily on the viewer’s presumed familiarity with such films – on their ‘period eye’ – to address a range of radically disquieting possibilities in a familiar contemporary language.

The ubiquity of the hood motif throughout is the first and most sinister suggestion that the violent anonymity of extremist terrorist practices and the random abuse of human rights à la Abu Ghraib have become standard operating procedure for all sides in this new world order. The prevailing political myth of good versus evil that provides the basis for the so-called Bush Doctrine is here turned upside down and inside out, with all factions rendered ethically and behaviourally indistinguishable and interchangeable, all equal contributors to their shared chaos. These insurgents and counter-insurgents also share a pathological investment in surveillance, a hot-button topic that embeds Dodge and Kahn’s surreal tabula rasa even more firmly and vitally in the present. Yet, even as these splinter groups cling to the competitive advantage of technology, the video returns again and again to images of dead animals and to looming, watchful birds of prey, suggesting the slow, inevitable return of humanity to a purely primal state or, perhaps, that our dominion over these beasts is soon to be at an end.

Kahn belongs to a hoodless tribe whose composition still resembles the conventional nuclear family. Minus the surveillance apparatus, sinister camouflage and anarchic survivalist character of their hooded counterparts, and living cheek by jowl in a small apartment when they aren’t outside foraging for food, this family is presented as a vulnerable anachronism. All Together Now, like much of Dodge and Kahn’s work, is not without optimism – moments of co-operation between tribes, for example, instances of human ingenuity or scenes of children smiling and gallivanting – and the temptation to see the cues for a positive reading in these passages is considerable. But to cling to that interpretative thread would be to discount many of the most resonant scenes in the video, the most striking of which occurs near the end. We see Kahn playing on a beach with two impeccably outfitted children when the scene cuts abruptly to a view of the artist standing shirtless and alone in the centre of a lake, scrubbing blood from her bruised and battered body, with no indication given of how one moment gave rise to the next. 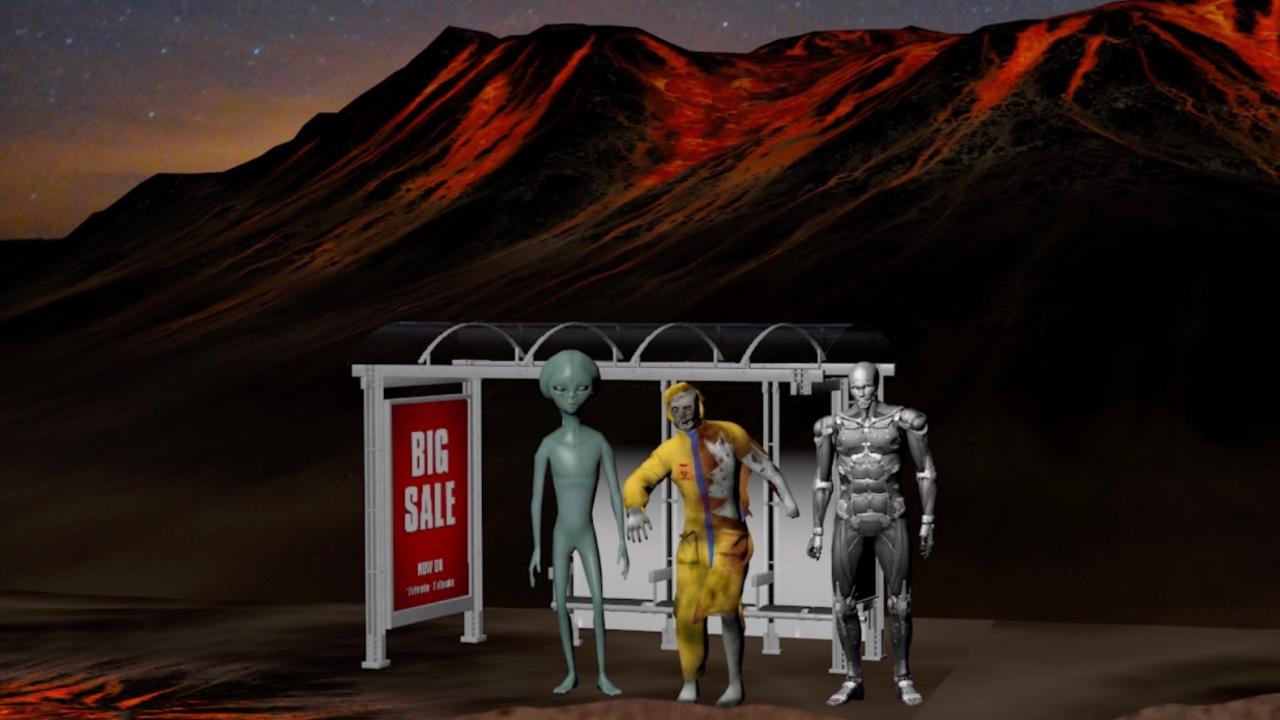 Reviews
Harry Dodge Reminds Us That We’re Not Alone

In his first show at Callicoon Fine Arts in New York, the artist probes the ways we use – and abuse – objects 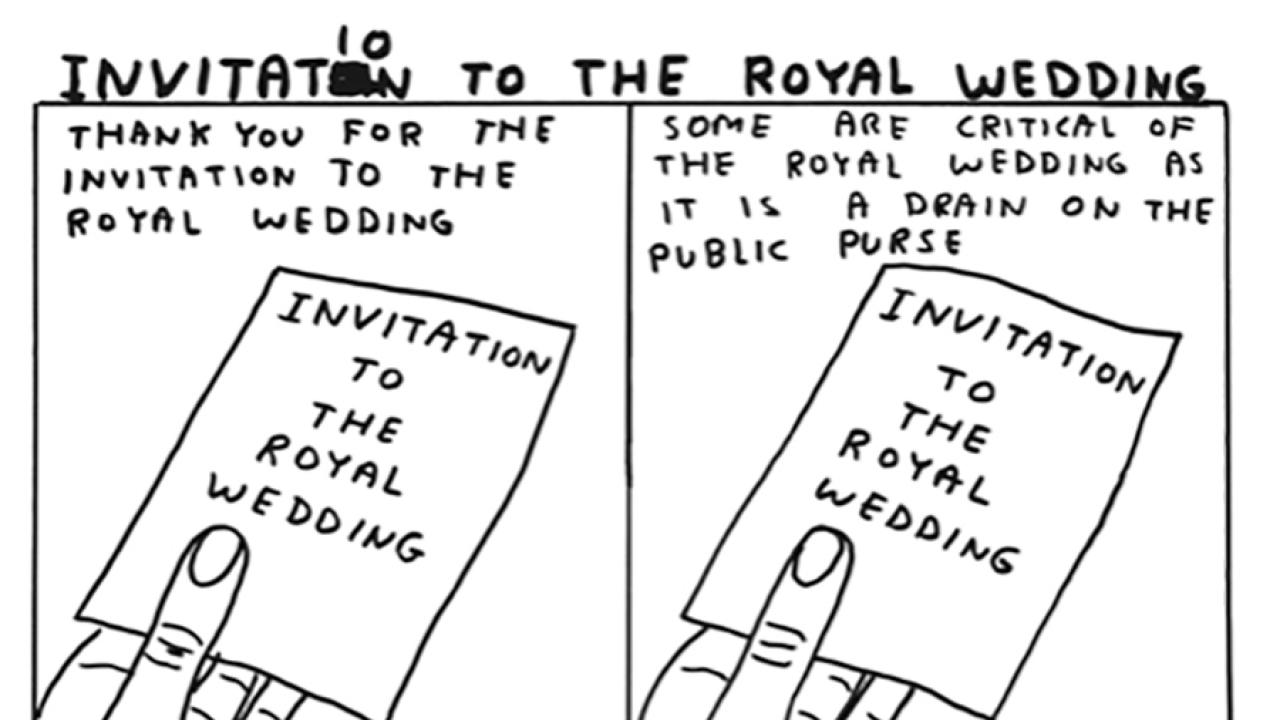