'Here + Now' was the final exhibition in a series of four dedicated to postwar Scottish art, examining the period in which it purportedly emerged from its parochial house to sip avocado frappés at the café-bar. The push towards an identity for Scottish art in the early 1990s turned many artists' heads to received international concerns. This was evident in many works via a commitment to examining material culture (a project that is most prominent in the museological experiments of Christine Borland) and a preoccupation with Functionalist architecture and design. For example, Martin Boyce's Now I've Got Real Worry (Mask and L-Bar) (1999) customizes Charles Eames furniture for unsavoury purposes; Simon Starling makes lamps from old household hardware Homemade Henningson (PH5) (2001); and Toby Paterson's Showroom (2000) pays homage to Le Corbusier from the perspective of an eager skateboarder. Chris Evans' installation Gemini Sculpture Park (2000) at Aberdeen's Peacock Printmakers combined a series of interviews with firm directors based in a business park on the outskirts of Leeds, with silkscreen prints of proposed corporate sculptures. For debt collectors Lester Newman & Co. he suggests a life-size bronze sculpture of a Venus flytrap. Under the guise of the 'UK Sculpture Corporate Consultancy', Evans' professional savvy and delegation skills are both ominous and comical. Formally and methodologically the work apes the regulations of much Scottish neo-Conceptualism, yet it emasculates this aesthetic, returning it to industrial estates weary of Modernism and its critics.

Another trait in 1990s Scottish art was the use of text, an approach perfected by Douglas Gordon, whose From God to Nothing (1997) was installed at Generator, Dundee's inventive artist-run space. Gordon's concern with the work of Lawrence Weiner in the early 1990s influenced a linguistic turn in much Scottish art. Meanwhile, Callum Innes matched the coolness of many London-based trace painters with Two Identified Forms (1995), a work that contrasted starkly with more recent Scottish painting. In deference to self-destructive Glaswegian psychiatrist R.D. Laing, Keith Farquhar's idiosyncratic paintings recall the jackets of 1960s psychology textbooks. There is a highly complex sense of Romantic pathos and lived experience here that is missing in Julie Roberts' earlier 'designer' paintings, which focus on the dehumanizing effects of modern medicine. Hayley Tompkins shifts between drawing and painting, representation and abstraction, producing slight and uncompromisingly intuitive works that would have been unthinkable in the early 1990s. Similarly, Joanne Tatham & Tom O'Sullivan's inspired Resurrection with Three Forms (1998) three craft works placed on plinths in front of a sizeable tie-dye piece of fabric puts the nail in the coffin of slick Scottish internationalism. Unlike many of the other exhibits, Tatham & O'Sullivan's shadowy installation held its ground in the carpeted flooring and pine-effect ceiling of McManus, Dundee's municipal gallery. The misplaced emphasis on context and the over-reliance on public subsidy in much recent Scottish art generated a constricted institutional aesthetic which at last seems to be diminishing.

Scottish art of the past decade has also been marked by pop cultural allusions. A pioneer of this development, Ross Sinclair's ornate ongoing mythology Portable Studio Real Life (1995) stands out in its sharp examination of cultural identity. Dave Allen juxtaposes the scores for AC/DC's 'Highway to Hell' with Led Zeppelin's 'Stairway to Heaven', Clara Ursitti reproduces the smells of the Sub Club, August 8, 1998, Glasgow (1998), Michael Wilkinson makes abstract paintings of his Record Collection (2000-ongoing), while Jim Lambie enchants a record player with safety pins, gloves and glitter, and transforms a mundane twig into a shamanistic Psychedelic Soul Stick #22 (2001). Much of this is tokenistic and inarticulate, Lambie's embryonic theatricality being an exception, along with the eloquent work of Steve Hollingsworth, Claire Barclay, and Mary Redmond.

Survey exhibitions inevitably have their faults, and there were notable exclusions in 'Here + Now'. It would have been appealing, for example, to have witnessed David Shrigley's drawings and sculptures alongside Kenny Hunter's Bad Conscience and the Old School Plastik (2000), which has a dig at public war memorials. Apart from the inclusion of James Thornhill and Shrigley's ambient public works, the curator, Katrina Brown, made little effort to incorporate art beyond the gallery. This vital development many included in the show were trained at Glasgow's Environmental Art Department was woefully under-represented by a hasty slide show, missing the opportunity to stage extensive multi-media documentation and commission new works for Aberdeen and Dundee. And Dundee Contemporary Art's frappés need more orange peel. 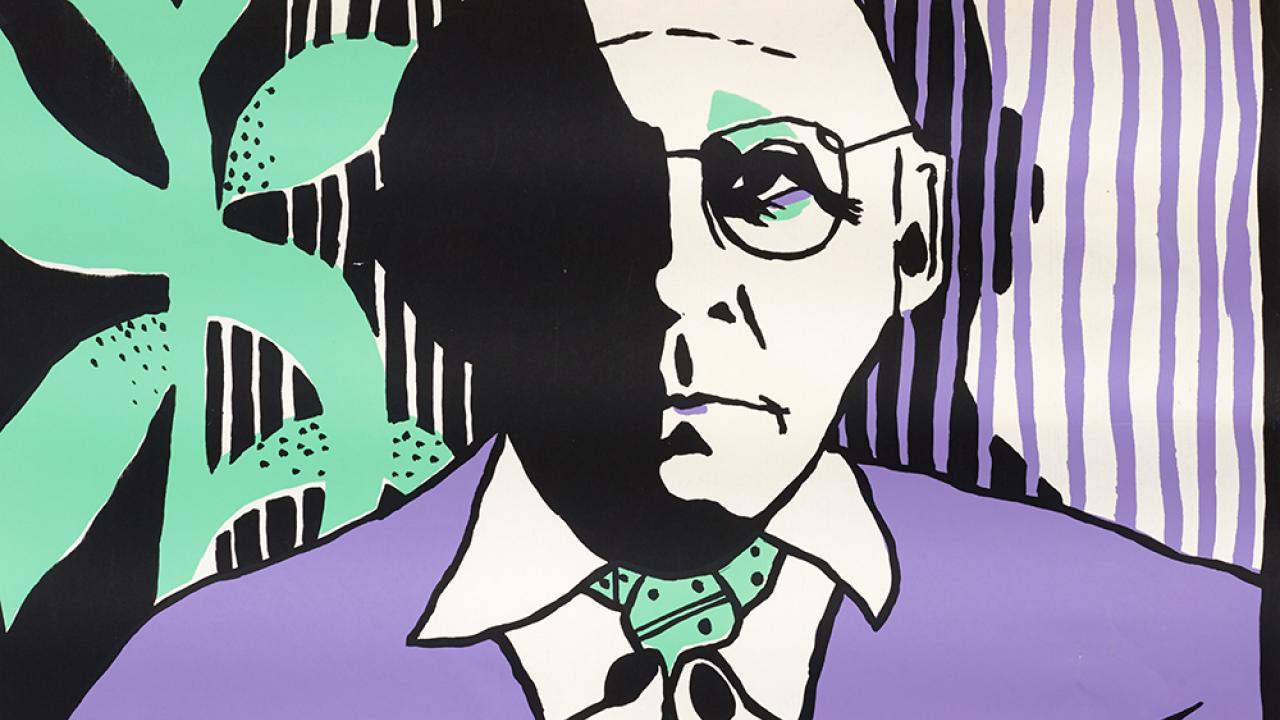