BY Ana Tuazon AND Lauren Halsey in Opinion , Roundtables | 19 APR 21

Artist Lauren Halsey has deep roots in South-Central Los Angeles. The historically Black community – at the centre of the West Coast civil-rights and Black-arts movements during the 1960s and ’70s – was long stereotyped and misunderstood. Now, recent development projects have threatened to gentrify the area. Halsey’s work – both in and outside of her studio – is defined by a commitment to preserve South Central’s cultural legacy and uplift those who call it home. The community centre she founded last year, Summaeverythang, thrives in the same spirit of grassroots service with which she grew up. Philanthropy wasn’t a top-down affair but a one-to-one, micro-level support system in her neighbourhood and church, she told me when we spoke recently. Her father, who routinely watched the PBS civil-rights documentary television series Eyes on the Prize (1987–90), led social programmes to reduce gang violence. And an eighth-grade Black history teacher spent lunch hours talking with Halsey and her friends about revolutionary Black leaders, including Fannie Lou Hamer, whose 1969–76 Freedom Farm Cooperative Halsey cites as inspiration for her own project. A commitment to Black community-building was omnipresent during her upbringing and, she tells me: ‘At its core, it’s about taking care of your people, out of love and pride.’

With the help of friends and supporters (including a handful of Halsey’s early collectors), Summaeverythang swiftly responded to the COVID-19 pandemic by becoming a hub for the sourcing, packing and weekly distribution of hundreds of free boxes of organic produce. Halsey says quality fruit and vegetables are scarce in grocery stores in South Central, but local farms offer food that is ‘nutrient-dense: it’s soulful, it’s fresh and they harvest the day before I pick up’. The beautiful boxes have received plenty of online praise, but Halsey eventually realized they implied a degree of privilege, after seeing some people without secure housing pick through them, looking for items they could carry with them. ‘The boxes suggested you had space, time, energy, cooking equipment,’ she notes. So, she also started working with local chefs to distribute hot meals, which are now provided every other week, alternating with the produce boxes. The week we spoke, rapper and chef Hugh Augustine was making vegan soul-food bowls with an arugula salad, sourced from the same farms with which Halsey has worked for months.

The thoughtful agility of Summaeverythang – and of mutual-aid projects generally – contrasts with the lack of fluidity that characterizes non-profit organizations offering band-aid fixes for social problems that are assumed to be endemic. Halsey thinks funding for the food-distribution programme will last a couple more years; she regards food to be a central part of Summaeverythang’s mission and hopes a community garden, currently in the works, will soon supply a portion of the produce boxes. But she also considers this programme a temporary solution to a systemic problem. ‘The ultimate goal’, she says, ‘is taking the relationships we have with local farmers in Los Angeles County and San Diego County and bringing their beautiful produce to the grocery stores in my neighbourhood.’ Real success would look like editing the supply chain until her role becomes invisible, then obsolete.

Halsey describes Summaeverythang’s plans for expansion with equal measures of utopian vision and pragmatism. Educational programmes for neighbourhood kids – originally planned to launch before the pandemic – will soon become reality. A state-of-the-art recording studio and residency for musicians could be next. As the community centre increases in scale, Halsey’s careful to avoid burn out, hoping that one day it will be its own self-sustaining entity. ‘It’s only a plan,’ she says, ‘but my plan is, in five years, to own land with other mission-aligned, value-aligned folks who are interested in this model. To constantly remix and facilitate all sorts of community space – from a garden, to a library, to funky architecture, to sculpture.’ Starting a community land trust shouldn’t be a utopian idea – but it is in an era of corporate-interest-driven gentrification and displacement. The centre’s name is a counterforce to those oppressive structures: Summaeverythang. ‘As far as programming goes, the possibilities are infinite,’ Halsey explains. ‘No limits. As long as it’s about one’s transcendence, whatever that looks like, it can exist there.’

This article first appeared in frieze issue 219 with the headline ‘Summaeverythang’.

Ana Tuazon is a writer and curator. She is a 2020–21 critic-in-residence for the Core Program, Museum of Fine Arts, Houston, USA.

Lauren Halsey is an artist. In 2020, she founded the Summaeverythang Community Center in South-Central Los Angeles, USA. 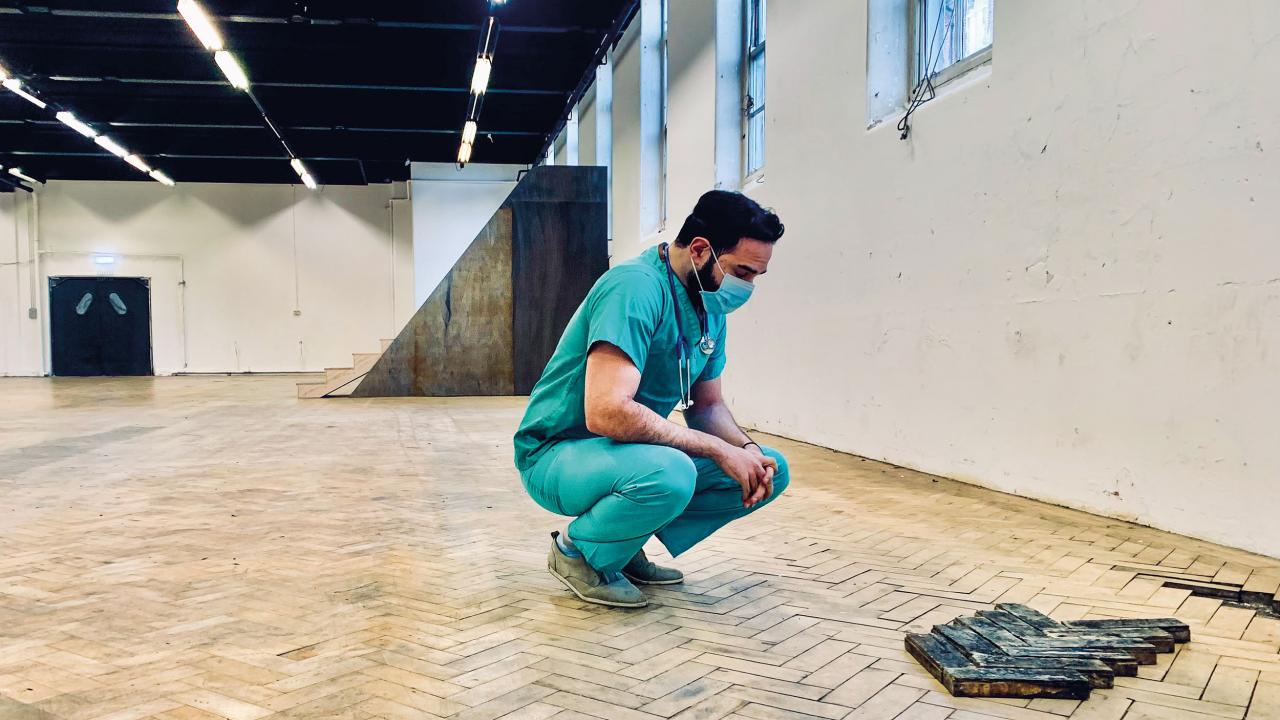 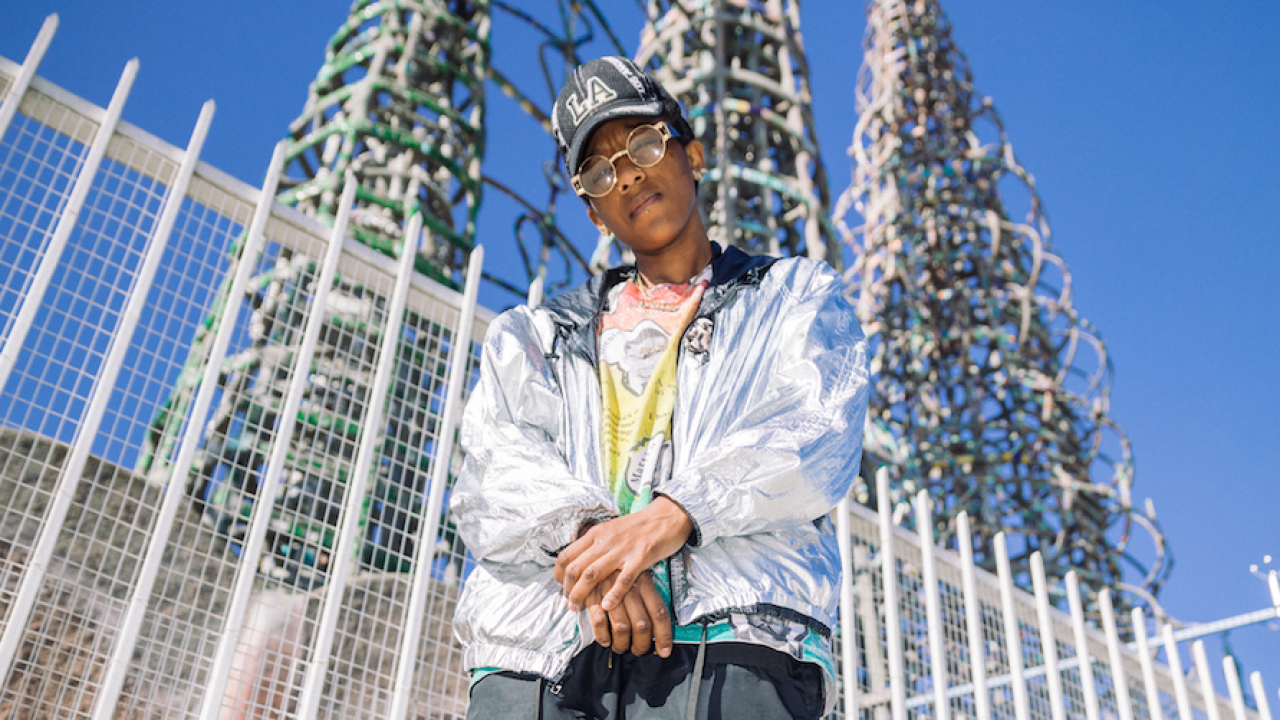 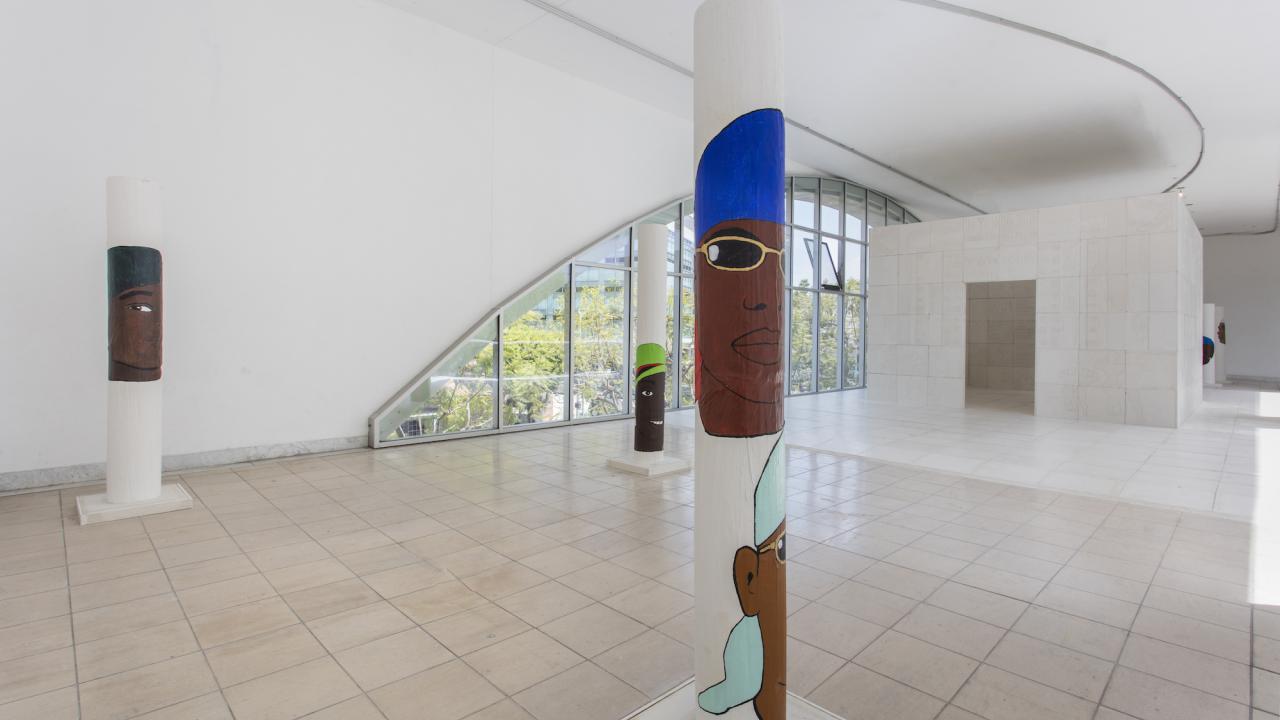