I Must Be Living Twice

As the US presidential election turns its sceptical gaze on the question of whether a woman’s body can withstand the role, it’s worth thinking back to 1992, when the poet, critic and performer Eileen Myles ran as an ‘openly female’ candidate. Myles promised voters ‘a moody campaign’ which, in contrast to the emotionless, grimly determined face presented by all the male candidates, wouldn’t attempt to hide any bodily realities: fear, vulnerability, uncertainty, PMS. Campaigning in response to George H.W. Bush’s comment that the greatest threat to free speech was posed by the ‘politically correct’ – or, as Myles countered in her campaign leaflets, ‘members of ACT-UP, victims of bias crimes: women, homosexuals, ethnic and racial minorities. He would like them to shut up’ – she turned all her subsequent poetry performances into explicitly political events. Among her policies were promises to write all her own speeches (Bush’s remarks came courtesy of a speechwriter), abolish income tax, not live in the White House while there was still homelessness in America, and to guarantee healthcare for all Americans within 90 days of her election (‘She needs it too!’). 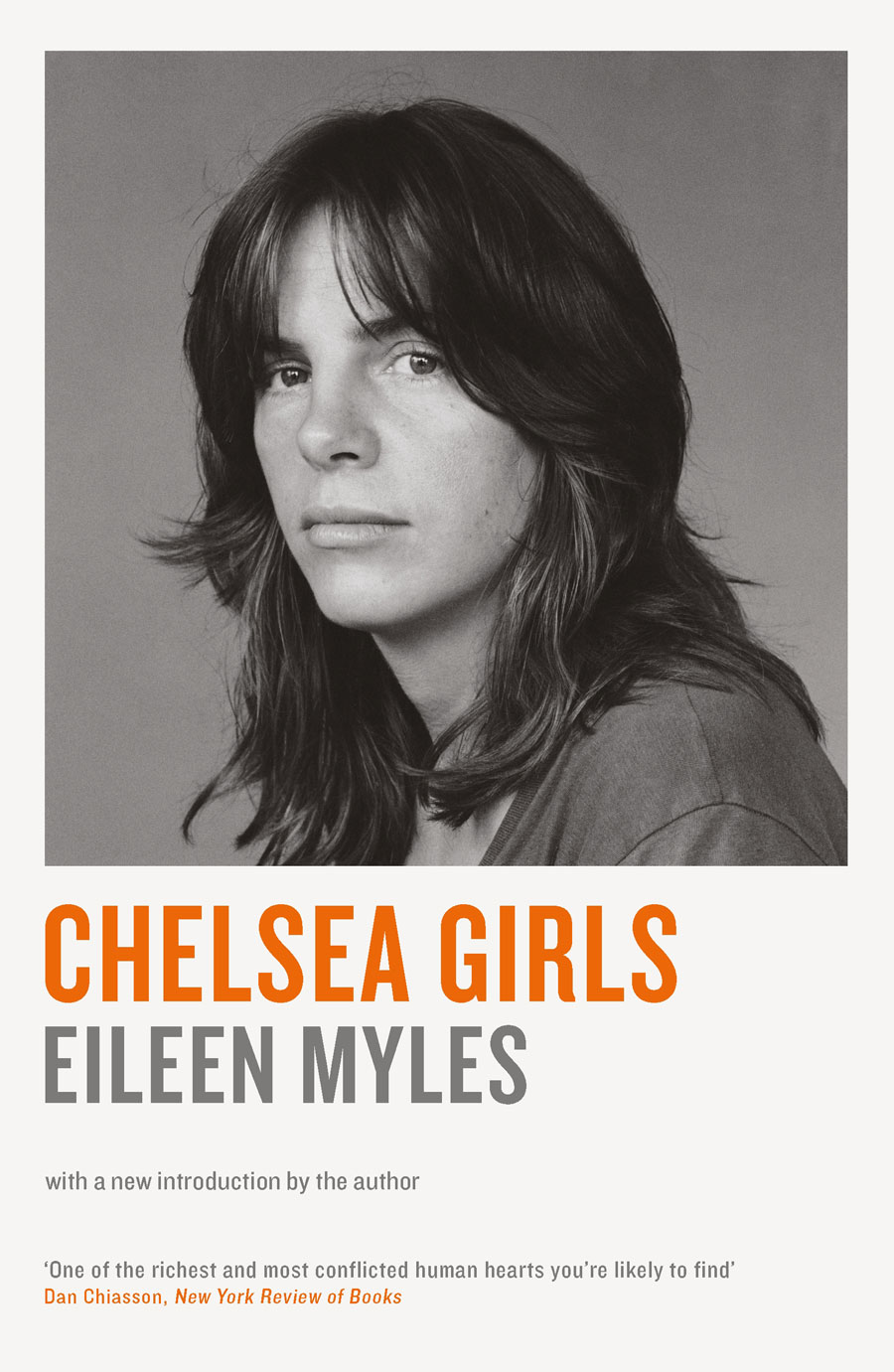 Myles’s presidential campaign, whether viewed as art or activism (or a blend of both), can be read like her work: it exhibits the playful blurring of boundaries between fiction and reality, the subversive public presentation of the private, abject self, and a tone of cheerful openness twinged with the surreal. Myles’s novel-memoir Chelsea Girls, written between 1980 and 1993 and recently reissued, is a thrilling experiment in self-construction. Written in non-chronological chapters, like short stories or snapshots, Chelsea Girls constructs a mosaic-like impression of Myles’s life through a series of ‘dreamy messy evanescent experiences’: the death of her father from alcoholism, book parties and early sexual experiments (‘We placed a basket of grapes next to the couch. I have always been dedicated to beauty’), altercations with police and ex-girlfriends, hung-over mornings spent beneath a haze of coffee and cigarettes, slouching to the pharmacy to buy tampons with the money from a tax rebate. Beyond the story of a single experience, Chelsea Girls explores what it is ‘to be female and strange and to want art so much and be drunk and high’. The verve and yearning of its narrative compound Myles’s own words in her poem ‘For Jordana’, included in her collection I Must Be Living Twice: ‘I think writing/is desire/not a form/of it.’

Click here to watch 'A Poet in the Art World, an original frieze video interview with Myles about her life, her relationship to art and artists, and her recent global recognition

Eileen Myles, Chelsea Girls and I Must Be Living Twice: New and Selected Poems 1975-2014  are published by Serpent’s Tail

Francesca Wade is editor of The White Review and is based in London, UK. Square Haunting was published by Faber & Faber in January 2020.