‘I suggested calling the gallery TWAT’

Frieze.com: You trained originally in education - a “practical” discipline. Does some of that spirit continue in your art making - has it been important to you to “make a difference”, so to speak?

Judith Bernstein: Are you kidding - my art is anything but practical! I was able to support myself for 50 years by teaching. I was making work for myself and an audience that didn’t exist, and now it does.

Frieze.com: The legend goes that you were “switched on” to genital imagery, dirty words etc. by noticing graffiti on the walls of the Yale bathrooms. Is there any truth in that?

JB: Absolutely! But graffiti was a jumping-off point, not the content.

Frieze.com: The magnificent ‘Screws’ series made a great impact early on in your practice. To what extent do you feel they were sexually suggestive?  And when did your use of more literal sexual imagery come into play?

JB: The screws were a combination of anti-war, sex, and feminism. These came after my ‘Fuck Vietnam’ series from 1966, which were more literal and sexually aggressive. My work is psychological and has many meanings, and there is always subtext in art. For example, for a Jackson Pollock painting, the subtext is the phallus.

Frieze.com: Has study of the nude from life ever been a part of your research, or are the bodies, organs and forms in your work always more symbolic in origin?

JB: I did study the nude in undergrad, but I’ve always used the phallus as a symbol.

Frieze.com: What about medium? The first couple of decades of your work are to many synonymous with charcoal, before painting. Did that mark a conceptual or thematic shift, or was it more of a material decision?

JB: Actually, my ‘Fuck Vietnam’ paintings pre-dated the drawings. I moved to New York City in 1967 and began the gigantic charcoal screw drawings in ’69. I was still working on ‘Fuck Vietnam’ series at the time, as well as my ‘Union Jack-Off’ and ‘Supercock’ paintings.

Frieze.com: In the 1960s, your ‘Cockman’ series were angry, parodic protests against US aggression in Vietnam, and you’ve revisited the phallus when excoriating, say, the occupation of Iraq. Is the dick always a violent signifier in your practice? Or does it change its meaning?

JB: The dick and the vagina have multiple meanings in my work. They can be by turns humorous and playful and aggressive and brutal.

Frieze.com:What about the female genitalia?  When did you start working with depictions of the vagina?

JB: I started working with female genitalia in 2011, with my ‘Birth of the Universe’ series. It’s all about women’s rage, my own rage, and putting women at the centre. In the universe everything is connected, and one thing always exists in relation to another.

Frieze.com: You were one of the founders of A.I.R., which will have a presence in the Sex Work section, curated by Alison Gingeras, alongside your own work. Can you tell us about the moment of founding the space, and its mission, and how (if at all) that has developed over time?

JB: A.I.R started in 1972 with a group of women, who like myself, had gone to art school and wanted access to the system. We came together and started our own women’s gallery — it was internationally the first of its kind! I suggested we call the gallery “TWAT” — twenty women artists together — but again I was ahead of my time.

Frieze.com: Today you work with The Box, Karma International, and Paul Kasmin Gallery, What has your relationship to commercial galleries been in your career?

JB: The Box in Los Angeles started representing me in 2009, followed by Karma International in Zurich in 2012, and most recently Paul Kasmin this year. Before that, I did not have a solo show for almost 25 years! But my work is direct, political, and humorous and it has caught the zeitgeist!

Frieze.com: Are there any other artists in the section whom you feel especially aligned with, or are especially glad to see presented on a public platform again?

JB: I am thrilled to see them all!! It is terrific to be showing alongside such stellar artists.

Frieze.com: The presentation in Sex Work will pair work from the late 1970s and one from the current decade. In terms of the issues your art responds to, engages, throws up - what has changed, and what has stayed the same?

JB: What has changed are the issues of the time. I’ve made work about Vietnam, Iraq, Afghanistan, and now the Trump Administration. My exhibition ‘Cabinet of Horrors’, which focuses on my anti-Trump drawings runs from this month to February 2018 at The Drawing Centre in New York. My work always evolves, but there are many similarities because, as I say, “Cockman Always Rises”!

Frieze.com: What’s your favourite slang word for the genitals - if you had to just choose one?

JB: Cunt is the last bastion of crudity! Of course I am partial to Schlongface when referring to 45.

Tickets for Frieze London and Frieze Masters 2017 are available here

‘Judith Bernstein: Cabinet of Horrors’ is on view from 13th October, 2017 to 4th February, 2018 at The Drawing Centre, New York

At Berkely in the 1970s, the Spotlight-featured artist saw the growing significance of information technology 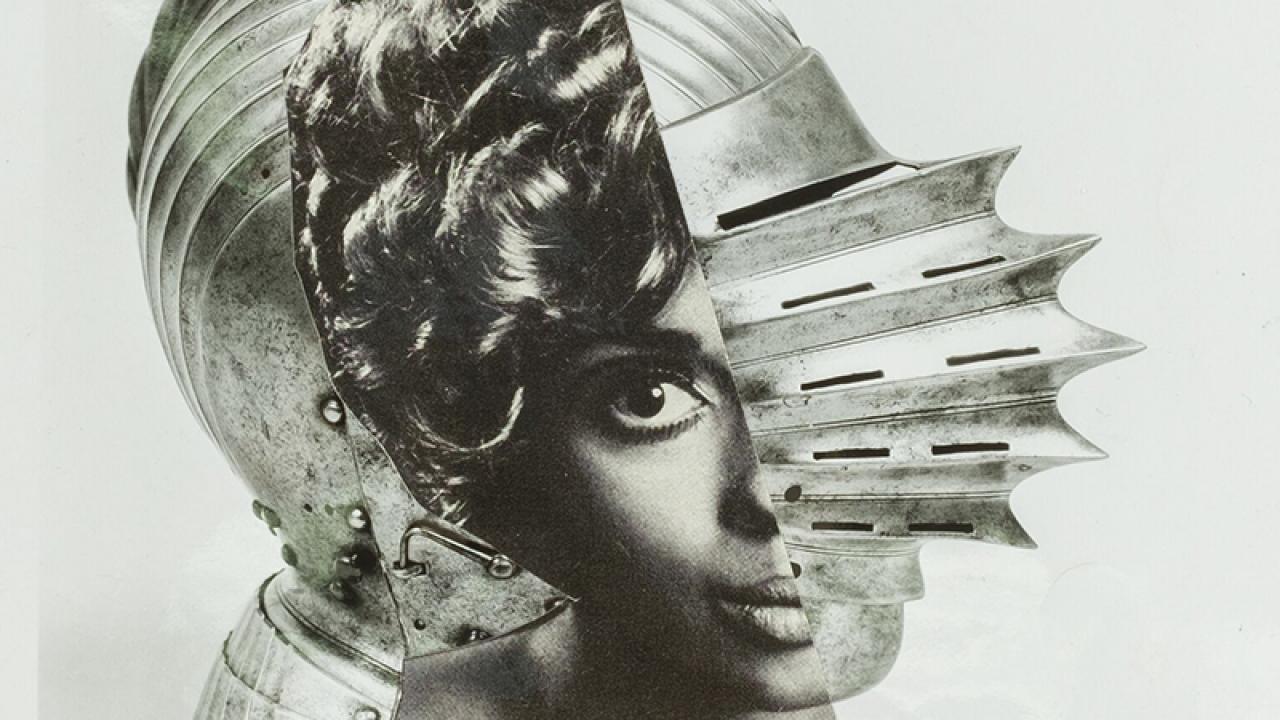 The final day of Frieze New York: not sure where to start? Here’s our guide to some of the many highlights