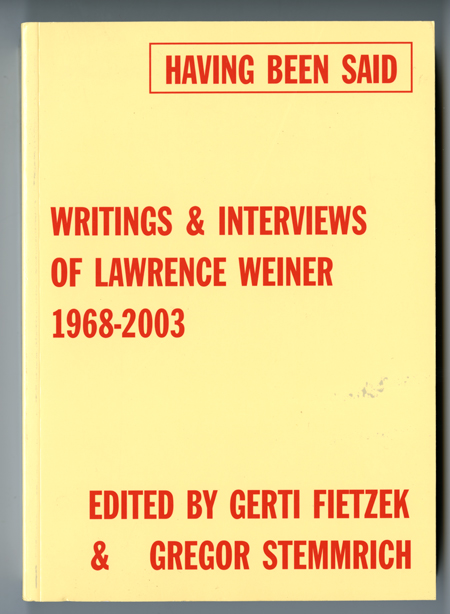 Homo Ludens is a study of play and its crucial role in the development of culture. This was one of the first books I was assigned and read when I started my studies as an artist. Despite not having read it since (meaning that I’m sure I’ve forgotten almost all of it), there was a key idea in it that has stayed with me: in conjunction with all its intended seriousness, art can, and should, be understood as a form of play. 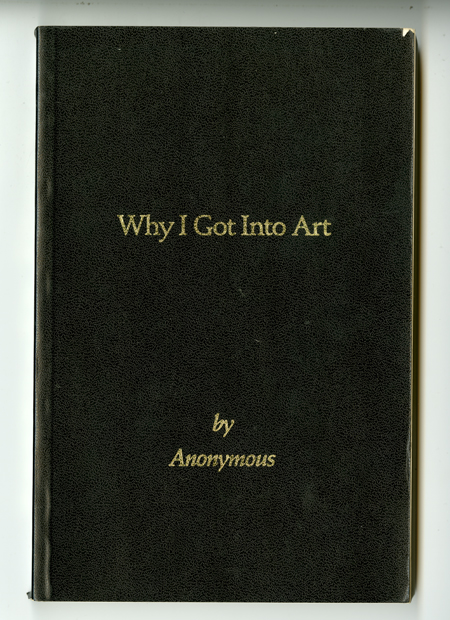 A quick-paced, sardonic, yet surprisingly lucid back-to-basics meditation on the role of art and the artist in society (from a New York point-of-view, of course). Accompanied by a visual essay, presumably sourced from the vastitude that is Google image search. I don’t know how to summarize this book other than by saying that, given the above, it’s exactly what one would expect from Bader and Fischer.

Mike Kelley, with an essay by Diedrich Deiderichsen
Why I Got Into Art (Vaseline Muses), Jablonka Galerie and Verlag der Buchhandlung Walther König, 1991

For this artist’s book, Kelley re-photographed a series of documentary images of iconic (and nude) feminist performance from the 1970s. Shooting these images through a lens coated with Vaseline, Kelley re-imagined the images as Bob Guccione-style mid-’70s soft-core pornography. Diederichsen’s accompanying essay, entitled ‘Greasy Hair: How I Got in to Politics’, tells the story of Diederichsen’s coming of age in West Germany in the late 1960s; a revolutionary time, as he puts it, when the lengthening of young men’s hair was matched by the slow march towards the exposure of pubic hair in men’s magazines. My understanding is that Kelley wasn’t happy with Diederichsen’s contribution yet chose to include the essay anyway. However, the addition of this text takes what could be understood as an affront to the intentions of the re-photographed artists and instead creates an interesting portrait of teenage lust in the development of two culturally important figures. 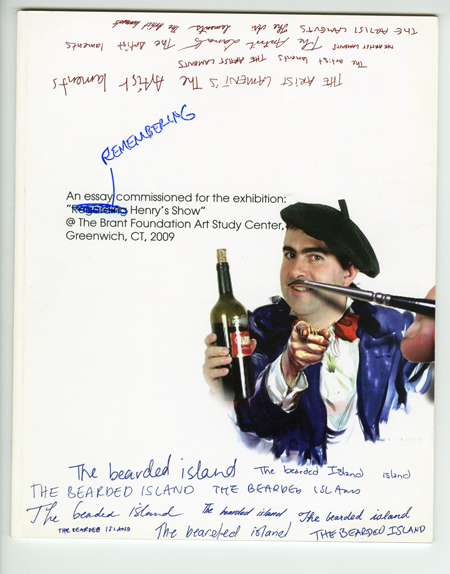 These magazines all diverge from the traditional approach to magazine content. Instead of curating a series of articles or pictures to present to its readers, each of these primarily image-based publications uses a system of accumulation to collect images which are then re-presented within its pages.

Maurizio Cattelan and Paola Manfrin’s smartly titled Permanent Food cannibalizes other magazines to produce itself, making a magazine composed entirely of images sourced from other magazines.

Rooting its aesthetic in a pre-digital, Scotch-tape-and-photocopy style of zine production, and utilizing an actual physical collection of photographs (remember those?), Elk Zine by Jocko Weyland complements its old-school style of production with a more contemporary approach to the recycling and pairing of images. Formerly a photography archivist for the Associated Press’s image archive, Weyland pulls from his own collection of old news photographs and supplements them with images from artists and found texts.

Updating image acquisition to the crowd-sourcing age, club donny uses its website to solicit images that correspond to its widely open theme of ‘the personal experience of nature in the urban environment’. Each issue presents a selection of the digitally collected images as double-sided posters that are then folded into book form, but remain unbound. A gentle reminder that nature is not something outside the urban area, but integral to it, recent issues have featured images of a car covered in potted plants, a fish tank in a Dutch restaurant, a vine-covered utility pole in Texas and resting cows in a Nigerian village.

This catalogue for Wool’s 2001 exhibition at the Vienna Secession comprises a gridded assembly of Polaroids – bad Polaroids – of the artist’s paintings. The paintings arephotographed and re-photographed, often way off-colour, blurry or with a glaring hot-spot from the flash, par­tially out of frame or with a neighbouring painting partially in frame. My understanding of Wool’s practice comes mostly from his publications in which he has intentionally shot bad photos of his own work. So much so that, on the occasions I see one of his paintings in person, I’m often surprised that they’re actually beautiful objects. 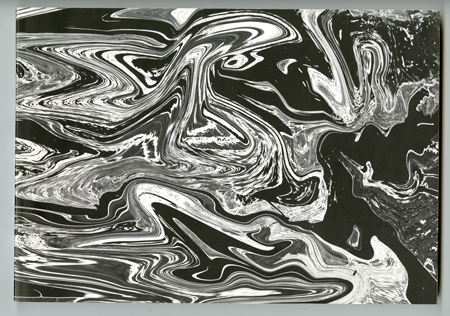 Published by Smith’s own (now defunct) 38th Street Publishers, Currents reproduces 601 paintings Smith worked on during a ten-to-12-month period in 2008. Regardless of their actual scale, each painting is reproduced at nearly equal size and laid out one-next-to-the-other, creating a constant stream of works, uninterrupted throughout the entirety of the book. Such volume would be overwhelming if not impossible to view in person, but the accessibility the book lends to the project makes one wonder if this is its ideal viewing situation.

This book doesn’t exist, but I don’t think it needs to for everyone to know what it is and why it would be of value. And I would be remiss if I did not include it in this list.

Brian Kennon is an artist based in Los Angeles, USA, and the publisher of 2nd Cannons Publications. In 2011, he had exhibitions at ltd, Los Angeles; BQ, Berlin, Germany; Air de Paris, Paris, France; and COCO Kunstverein, Vienna, Austria. Initiated in 2005, 2nd Cannons has published books with Meg Cranston, Bruce Hainley, David Horvitz, William E. Jones and Bob Nickas, among others