The artist and writer discusses the books that have influenced her 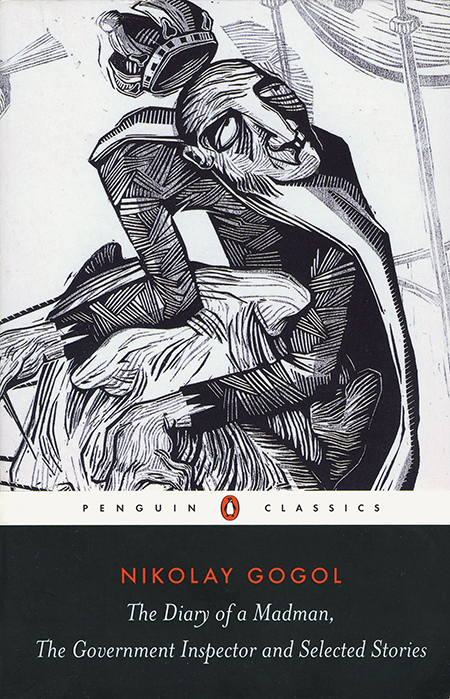 In Nikolay Gogol’s short story ‘The Overcoat’, the excrementally named Akaky Akakievich Bashmachkin is a minor bureaucrat with a cadaverous demeanour, who’s ridiculed for his threadbare coat and duped into buying an expensive new one by Petrovich, the avaricious tailor. Unstable in its tone, ‘The Overcoat’ ranges from comic to tragic to gothic horror; through apparitions, to the body enmeshed in the sullied grunge of everyday reality. The volatile narration is, to some extent, reminiscent of Heinrich von Kleist’s The Marquise of O – and Other Stories (1808). The paradoxes and tensions of social turmoil reproduced in Von Kleist’s staggeringly disordered chronicles are more violent and sexual than Gogol’s, but comparably grotesque and similarly unhinged. Like ‘The Overcoat’, these tumultuous stories are told via a series of ordinary objects that are only of interest if given critical attention. The coat and the needle, for example, are specifically compelling as shifty or suspect entities, and through the subject’s apparent dependence on them in unstable scenarios, within insecure social contexts. 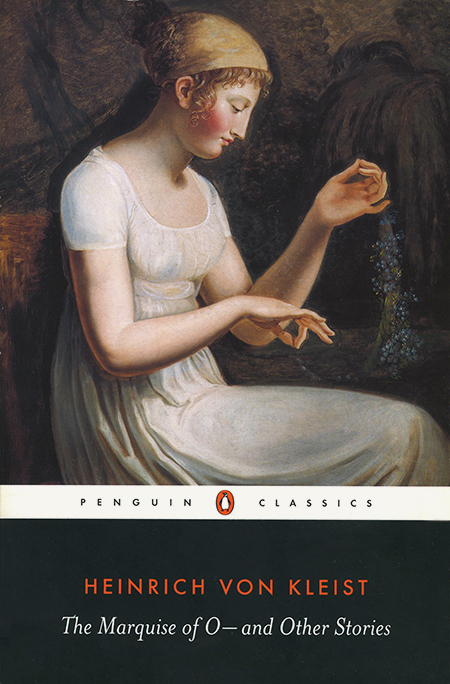 Fictional and metaphorical entities can seem precarious, so it’s not surprising to discover that insubstantiality is a recurrent condition in ‘The Overcoat’. As a reflection of the unraveling fabric of feudal society, the ragged cloth of Akaky Akakievich’s overcoat can offer no protection against the harsh Russian winter or, for that matter, the coming of industrial modernity. Tangentially, the production of cloth and the construction of social fabric are also fundamental to George Eliot’s Silas Marner (1861). Marner is literally a weaver and – a more extreme recluse than Akaky Akakievich – he lives on the edge of an industrializing town named Raveloe. His craft is fabrication, which forms a parallel to Eliot’s pen-craft, and between them (author and character) it is feasible for a radical transformation to take place. When, after Marner’s stash of coins is stolen, a golden-haired child wanders into his room, she seems like a human substitute for the coins. On the page, the analogy is spectacular; a version of social subsistence that stretches to incorporate the very hope for trust and love between humans that Gogol’s characters cannot imagine, snagged as they are in a narrative space woven from relentless insubstantiality and material absences. 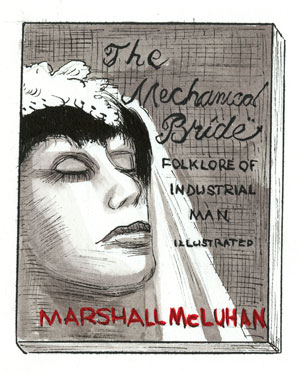 In ‘The Overcoat’, the first appearance of Petrovich, the one-eyed tailor, sees him struggling to insert a thread through the eye of a needle. Although he has mended his damaged snuff box (which has the face of a general on its lid) by pasting it over with paper, Petrovich refuses to patch up Akaky Akakievich’s ragged overcoat, declaring that ‘it’ll fall to pieces if you so much as touch it with a needle’. These objects denote the precarious status of both characters, embodying insidious moral transformations, or facilitating guileful exchanges; they are used to symbolize the shadowy movement of morality, culture and power negotiated within unequal relationships. Their substance seems to transform to an apparitional state: no wonder there’s a gothic turn in the story’s final pages. 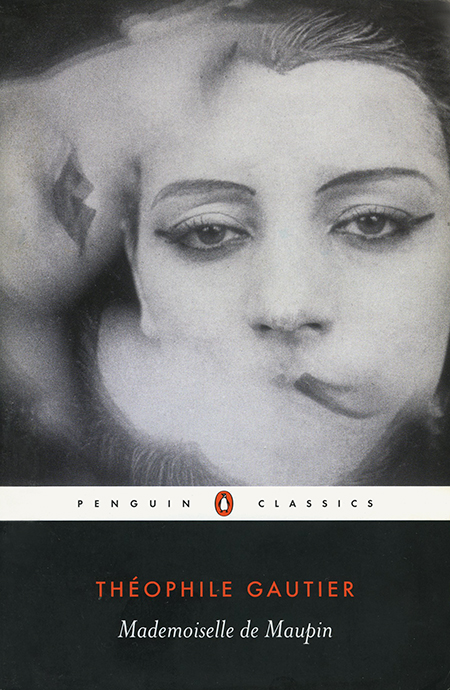 A ghost-like, semi-comatose wanderer at the beginning of ‘The Overcoat’, Akaky Akakievich is, by its end, a literal phantom. The shabby coat his colleagues deride as a ‘dressing-gown’, characterizes him as the dreamer wearing nightclothes in the street. The new coat should change both his body temperature and his social standing. Character transformation via an outer layer of clothing is a strategy employed in a number of other seminal narratives of the time, including that of the cross-dressing, sword-wielding heroine of Theophile Gautier’s Mademoiselle de Maupin (1835). It’s also present in the astonishing scene in Wilkie Collins’s The Woman in White (1859), in which Marian Halcombe climbs out of her restrictive Victorian clothing, out of the window, and out of the limitations of the female role. Notably, Halcombe’s courage steals the show from the marriage travails of her beautiful sister and the traumas endured by the eponymous woman in white, but she succumbs to a life-threatening fever as a result of her attempted transformation. The transience of the change brought by Akaky Akakievich’s new coat is illustrated by how quickly he is robbed of it, followed by the ‘dressing-down’ he receives from ‘an important person’, and his subsequent illness and death. 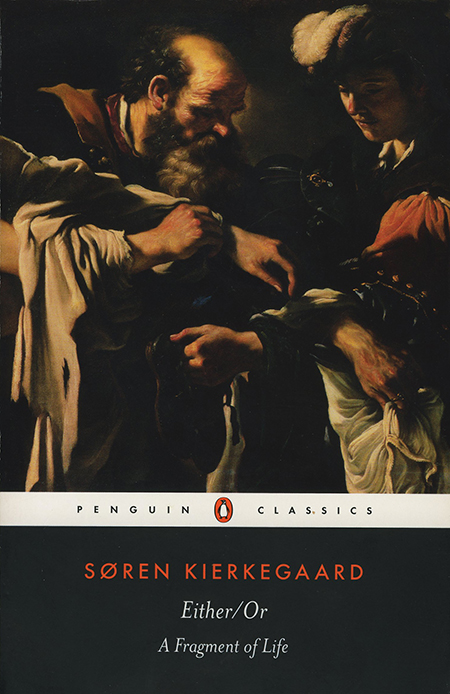 In a way, the experiences of Gogol’s characters short-circuit the dilemma in Søren Kierkegaard’s Either/Or (1843). Formed of two halves, Kierkegaard’s apparently dichotomous book presents a complex interplay between earthly desires and a purposeful, moral existence. Gogol introduces that most expedient of deciders: pragmaticism. For those at the bottom of an inequitable system, there is little room for aesthetics or ethics: it all comes down to survival. Akaky Akakievich is ostensibly a good man drawn into a trap of aesthetic desire, but he genuinely needs the coat if he’s to survive another winter, and the tailor, a recently freed serf, desperately needs to sustain his new social status. However, these choices produce a false sense of security, because they are dependent on a series of things that are provisional, or even partially absent.

Akaky Akakievich is a scribe: his monk-like existence is dedicated to copying other peoples’ texts. This paperwork reduces writing to a series of marked pages, important to him as ‘rows of letters’ rather than for what the words they form might mean. This spectre of hollow writing haunts Gogol’s text too, in its paradoxical attempt to produce a convincing representation through fiction that unravels into fantasy. It is of interest that Karl Marx’s Theses on Feuerbach (1845) – one of literature’s most concise and provocative texts on material reality – was written around the same time as ‘The Overcoat’ and it, too, demonstrates the tensions and potential of writing as a form of ‘practice’. More specifically, Marx argues that objects of thought should be engaged with critically, through practical action, rather than as a theoretical and subjective exercise. This does not dismiss mental and fictive entities, but rather defines them as social and sensuous products. Saying someone’s overcoat is a ‘dressing-gown’ is not mere name-calling: it is physically and politically determining. 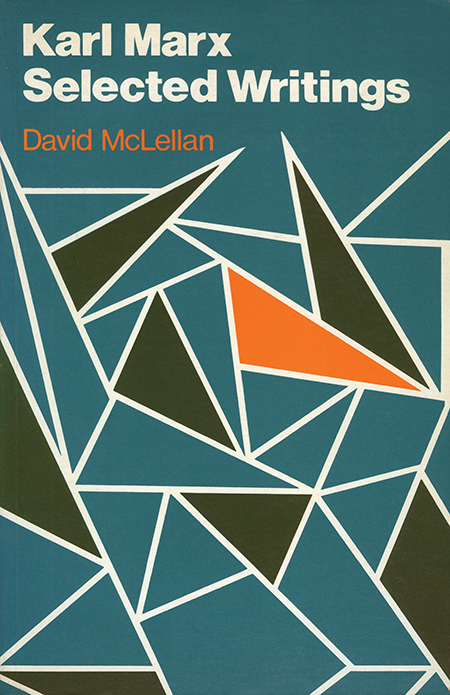 The spinning of a yarn might seem a hackneyed metaphor to employ, but it alludes to both the character’s and the writer’s need to create reality through appearances. Gogol’s fiction might be dependent on the suspension of disbelief, but his work is a critical product of the hideous legacies of feudalism feeding into the inequities of industrialization, where thin, pathetic fabrics are part of transient, desperate lives; where the quality of material existence really matters for both the characters and the storytelling – concerns that might well resonate with the nasty disparities and physical insubstantialities of our digitized age.

is a writer and artist who lives in London, UK. She is the author of The Dark Object (Book Works, 2010). Recent solo exhibitions include: ‘Reality Flickers’, MOT International, London, earlier this year; and, in 2013, ‘From Morn Til Midnight’, Supportico Lopez, Berlin, Germany. A newly commissioned work by Palmer is currently included in the 2014 Whitstable Biennale, UK. Her latest book, The Fabricator’s Tale, will be published by Book Works later this year. Palmer was awarded the Artangel Open Commission, for a new project in 2015, when she will also have a solo exhibition at The Henry Moore Institute, Leeds, UK.