I arrived at ‘The Infinite Mix’, a Hayward offsite exhibition, organized in collaboration with The Vinyl Factory while the gallery’s Southbank home is being refurbished, some time after the other critics had been and gone. ‘The Infinite Mix’, Ben Luke wrote in London’s Evening Standard, is ‘a contender for the show of the year’; ‘Wonderful,’ swooned Adrian Searle in the Guardian. Both assessments are right. While the Royal Academy’s current abstract expressionism show reiterates that North American painting took the world by storm in an ‘age of anxiety’, at the other end of the Strand, in a gutted carapace of a brutalist building, this blockbuster exhibits the creative versatility of moving image and sound in our post-Y2K age – a period not without anxieties of its own.

Ugo Rondinone’s rhythmic cuts and synced monochrome inversions, across 20 screens, of a barefoot John Giorno reading his poem ‘THANX FOR NOTHING’ (2006) is so plaintively beautiful and qualmlessly funny it’ll fill you with love and admiration (THANX FOR NOTHING, 2015). Cecilia Bengolea and Jeremy Deller’s arch fantasy documentary, Bom Bom’s Dream (2016), about a Japanese dancer, Bom Bom, who is awarded an electric pedestal fan for winning a dancehall competition in Jamaica, doubled me up with laughter. On a dark and chilly top floor, a hologram of Dominique Gonzalez-Foerster in the guise of the opera singer Maria Callas (OPERA [QM.15], 2016) produces an eerie dissonance between a spectral body seen at a distance and the disembodied proximity of Callas’s voice. (Total phantasmagoria: in front of me, a timid child sought reassurance from his dad that it wasn’t really a ghost.)

Kahlil Joseph’s dual-screen video m.A.A.d. (2014), originally commissioned by rapper Kendrick Lamar to open his spot on Kanye West’s ‘Yeezus Tour’, employs the temporal-spatial collage of rap, mixing documentary footage of everyday life in Compton’s black community with home video shot by Lamar’s uncle. In several images, timecoded 3/27/92, baby Lamar is wrapped in a blanket and unaware that, a month later, the acquittal of four white police officers videotaped beating the African-American taxi driver Rodney King would provoke widespread rioting in his native Los Angeles. At MOCA Grand Avenue last summer, where I saw it installed as part of the exhibition ‘Kahlil Joseph: Double Conscience’, the piece seemed less artist’s film than music video, but the context of ‘The Infinite Mix’ and the events that have occurred in the US in the intervening period enhance this important work.

What exactly is being celebrated with ‘The Infinite Mix’? Cut ‘n’ Mix, Dick Hebdidge explained in his 1987 book of the same title, are more than editing procedures in the recording industry: for him, they exemplified the dynamic creative relationship between Caribbean music and diasporic cultural identity that characterized the UK in the 1980s. Later, in Postproduction: Culture as Screenplay: How Art Re-programs the World (2002), Nicolas Bourriaud touted the DJ as the exemplary cultural agent of the time. By 2008, in his book Remix, Lawrence Lessig speculated on how to reconcile a flourishing online remix culture – where user-generated content on participatory platforms collapsed traditional boundaries between producers, users and consumers – with the values of the copyright system and business.

Ralph Rugoff, curator of ‘The Infinite Mix’, figures an ideal spectator as a mixer or filter, for whom the works ‘open up and extend our involvement […] prompting us to make continual choices, whether conscious or not, about where we direct our attention’. While older, militant forms of filmmaking employed devices to activate the spectator, ‘The Infinite Mix’ presumes that we’re already intelligent, engaged and potentially subversive consumers of art works. Isn’t this the distracted consumption of the always-on infinite scroll economy of the internet? This is a different temporality to the DJ, who mixes in fixed durations: the infinite mix is contiguous with life. Why, then, is there not a more critical, expansive, reflexive engagement with this idea?

I left wondering why the Hayward hadn’t simply called the show ‘Ten Works’, allowing these outstanding films their autonomy. Perhaps more confusing was the unacknowledged, not unproblematic, theme of black representation: not only in Joseph’s work, but also in that of Bengolea and Deller, Stan Douglas, Cameron Jamie (in which young African-American men simulate sexualized movements with objects in domestic environments), and in Cyprien Gaillard’s mesmerizing 3D film Nightlife (2015). The latter collages, among other things, footage of the dynamite-damaged The Thinker (Auguste Rodin, 1880–81) in front of the The Cleveland Museum of Art, non-native plant life in Los Angeles and the oak tree given to Jesse Owens at the 1936 Munich Olympics, over a looped and mixed refrain of ‘I was born a loser’ from Alton Ellis’s ‘Blackman’s World’ (1969), which transforms into ‘I was born a winner’, the chorus of the song’s later version, ‘Black Man’s Pride’ (1971).

Contemporary art shares with electronic music its future-orientation but, while meaning is often considered immanent in music, the interpretation of contemporary art is bound up with structures and discourse. To what extent is the abandoning of linear timelines by big art institutions an internalization of the infinite mix? 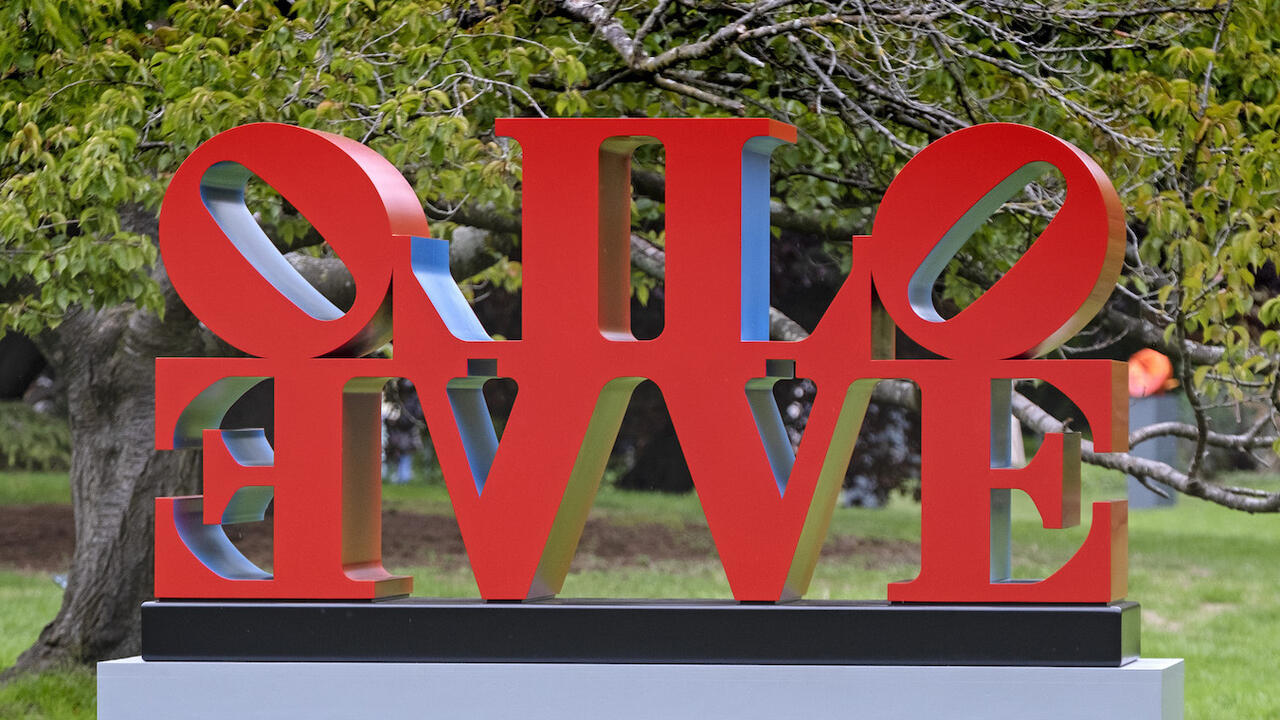