From a stuffed Emperor Penguin to 17th-century portraits of his family, the leading dealer of Dutch Old Masters shows us his personal collection

How a Childhood Gift Inspired a Lifetime of Collecting 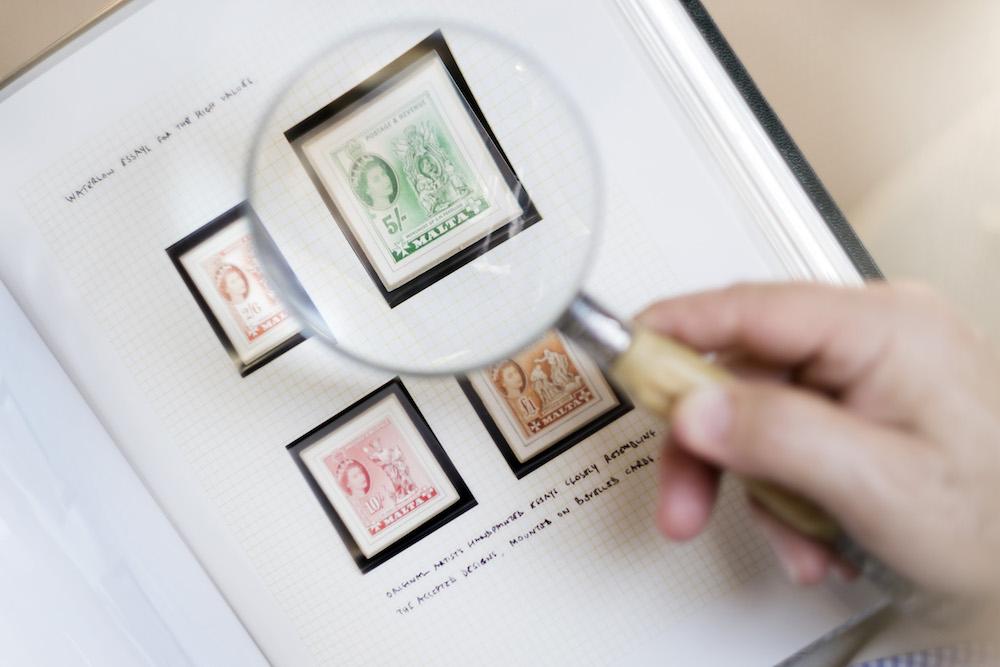 My grandmother inspired my love of philately (stamp collecting) by giving me some Maltese stamps when I was eight. I have collected Malta every since, and there is a correlation between stamps and Old Masters through a shared attention to detail. In fact I joined Christie's (in 1969) to open a stamp department, not to join their Old Masters department. The significance of the stamps pictured here is that they are not stamps at all, but original water colour designs for the Queen Elizabeth II definitive issue produced in 1956. So these are actually works of art masquerading as stamps! 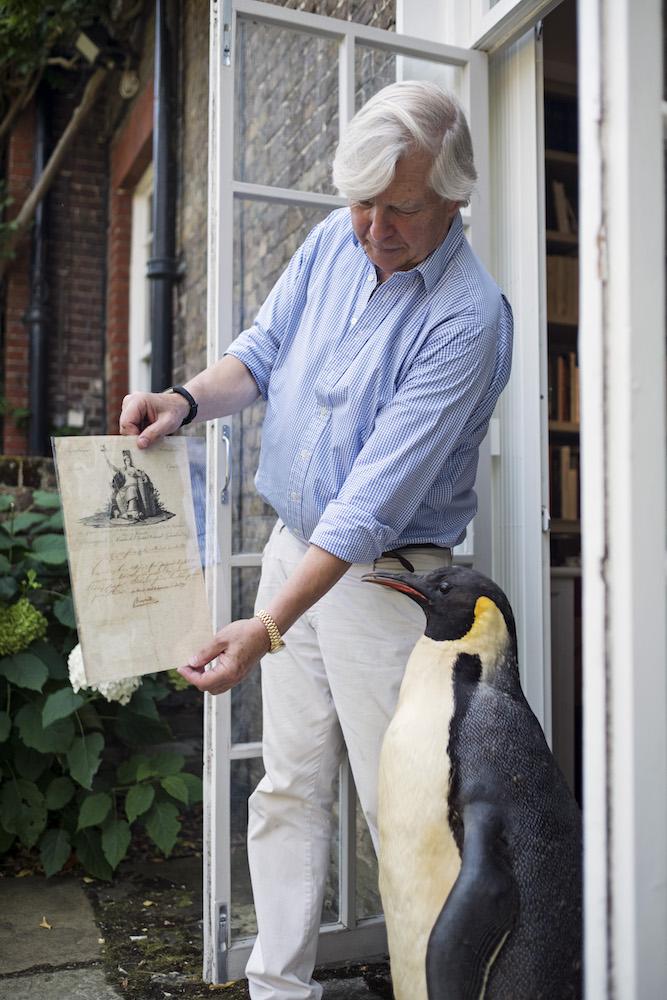 This Antarctic penguin is called Napoleon, as he is an Emperor and actually sits opposite one of the only two known letters written by Napoleon Bonaparte during his six-day stay in Malta in 1798, on his way to Egypt. 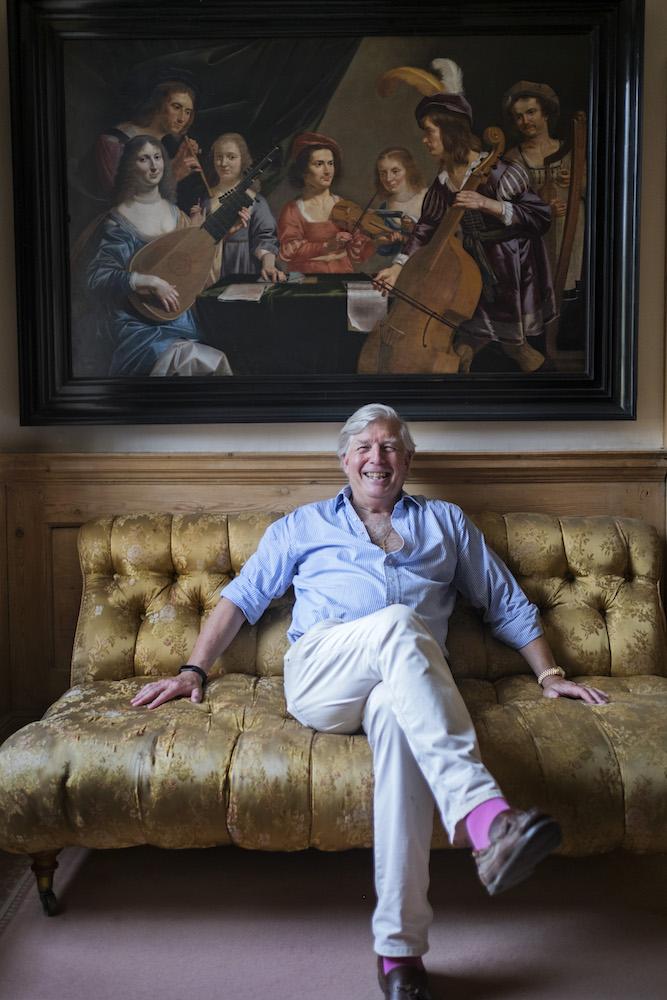 I am sitting beneath a group portrait of my family by Jan van Bijlert, c.1640, entitled The van Haeften Family Making Music; the artist has kindly inscribed each musical instrument with the name of the player, so we know the identities of all the participants. 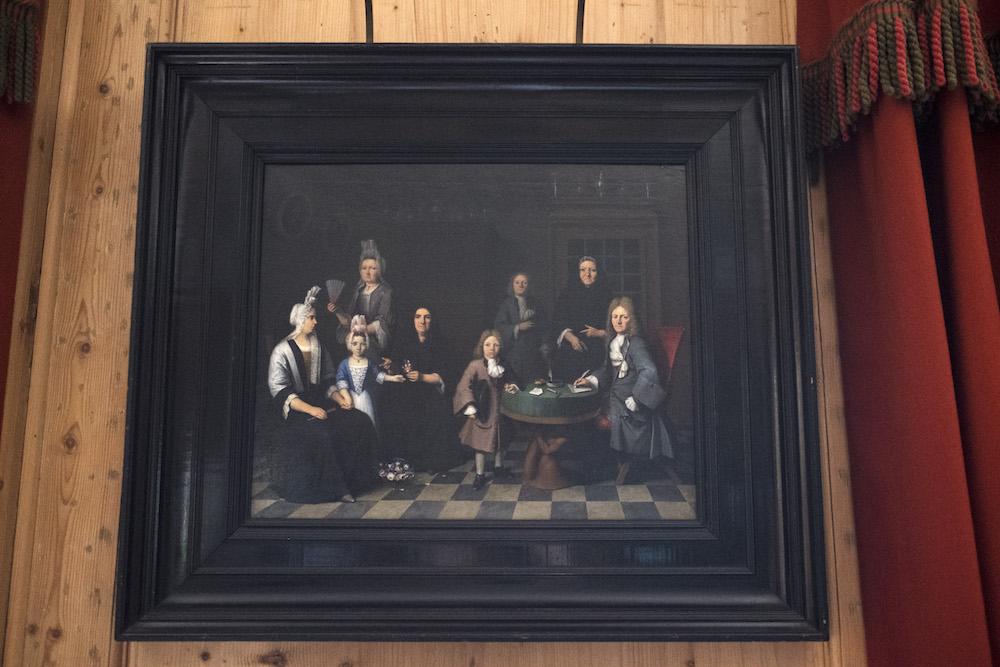 Dutch Old Master painter Nicolaes van Haeften is an ancestor of mine, and this group portrait of the family has always been in our possession. We call it 'The van Haeften family making merry', as it would be hard to find a more lugubrious bunch! I can't help collecting his works: we now have around 26 including prints and drawings. Luckily they are not expensive, as he was not exactly the greatest painter of the 17th century! 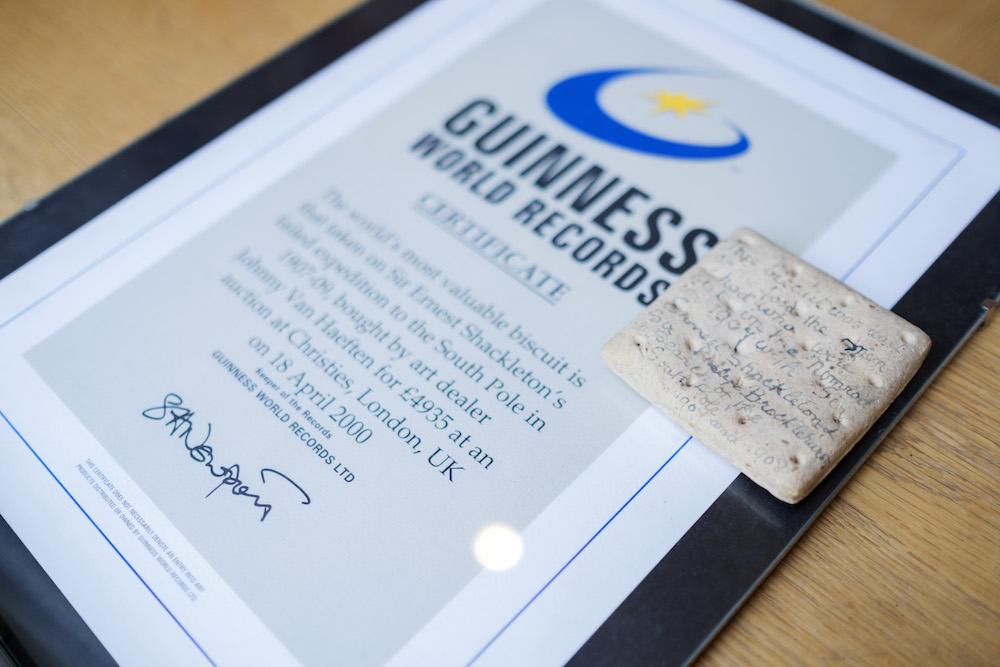 My great uncle Sir Philip Brocklehurst was a geologist on Shackleton's 1907-09 Nimrod expedition to the South Pole. So when this came up at auction with his name on it, I felt I had to buy it back for the family – and to my horror had to pay £5,000 for it. The biggest problem was keeping it away from the labrador.

Beyond Stamps and Paintings: Evocative Objects 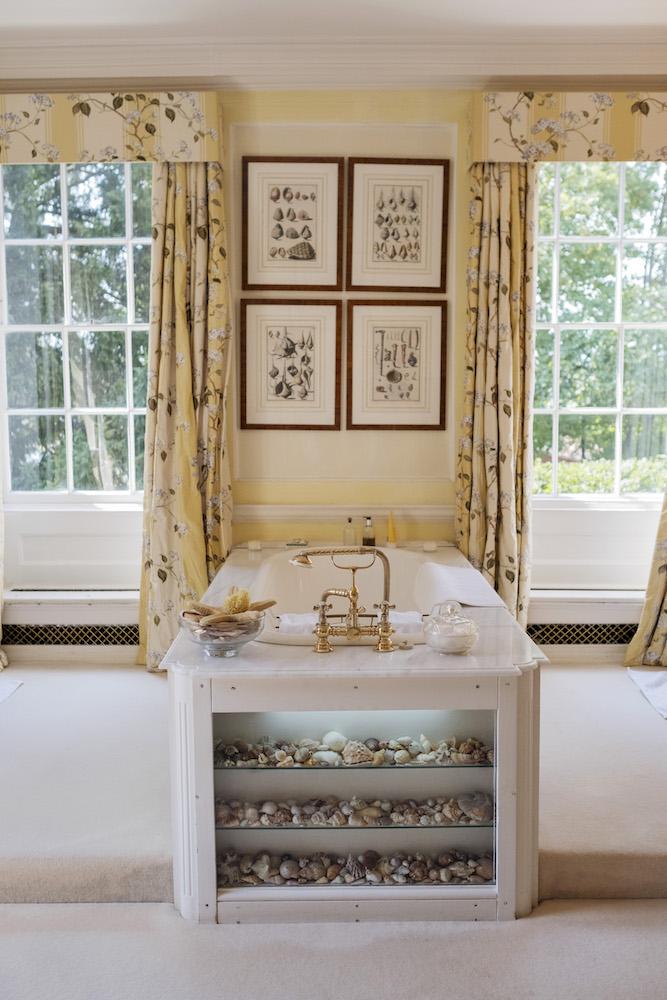 I have always loved the natural beauty of shells, nature's little works of art. Our bathroom has a shell motif as I managed to buy some 400 shells when Lord Brownlow sold the contents of Belton Park. They were found in some of the cabinets in the hall, and sold in one lot. They were mostly collected in the 18th century, so poor Sarah (my wife) cleaned every single one with a toothbrush before setting them into the shelves around our bath. 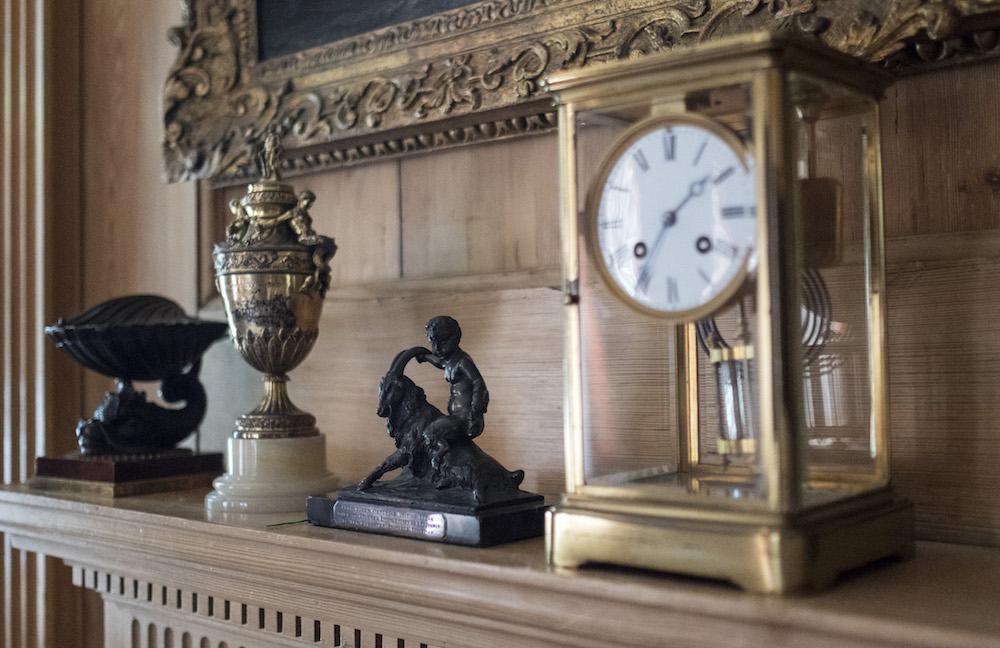 This little figurine of a putto astride a goat was Queen Victoria's paperweight. After her death, it was given to my great-great-uncle Lord Ranksborough by her daughter. He had been the Queen's faithful Equerry and after her death, he went on to become Equerry to Queen Alexandra and then Queen Mary, an extraordinary feat after a distinguished military career as a colonal of the Royal Horse Guards with numerous battle honours. He was also a friend of Gordon of Khartoum, whose correspondence with him we still retain. 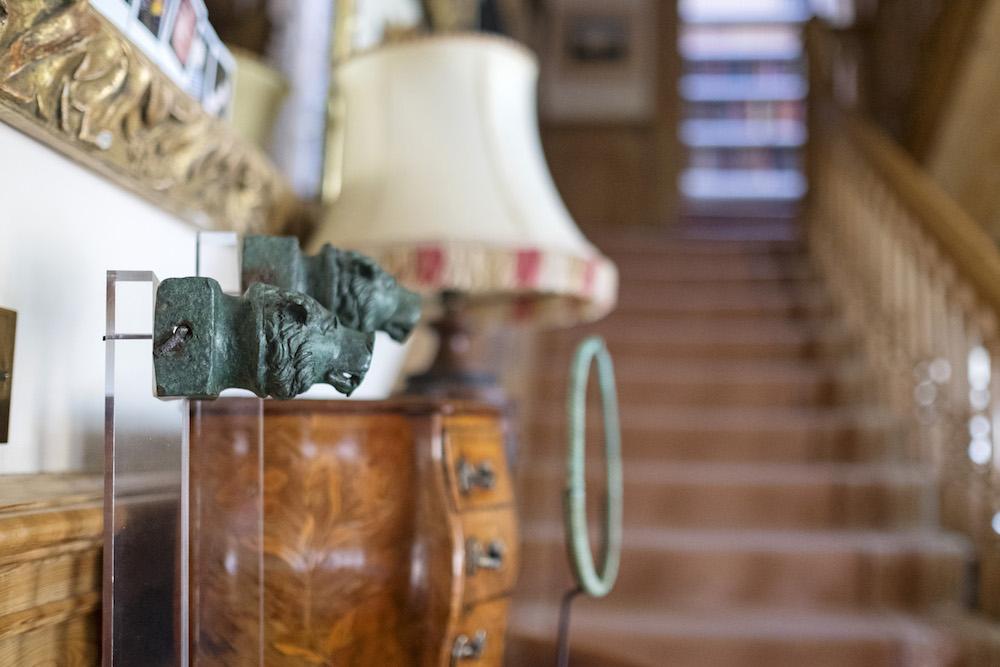 These two bronze Molussan dogs' heads still retain their original iron fixings and I bought them from my friend David Cahn some years ago at Grosvenor House. I love the colour and patina of ancient bronzes. We have not precisely established what these two were for, but I believe they were the hub caps from a Roman parade chariot c.300 AD. They stand next door to a Celtic torc, which is probably a little earlier. 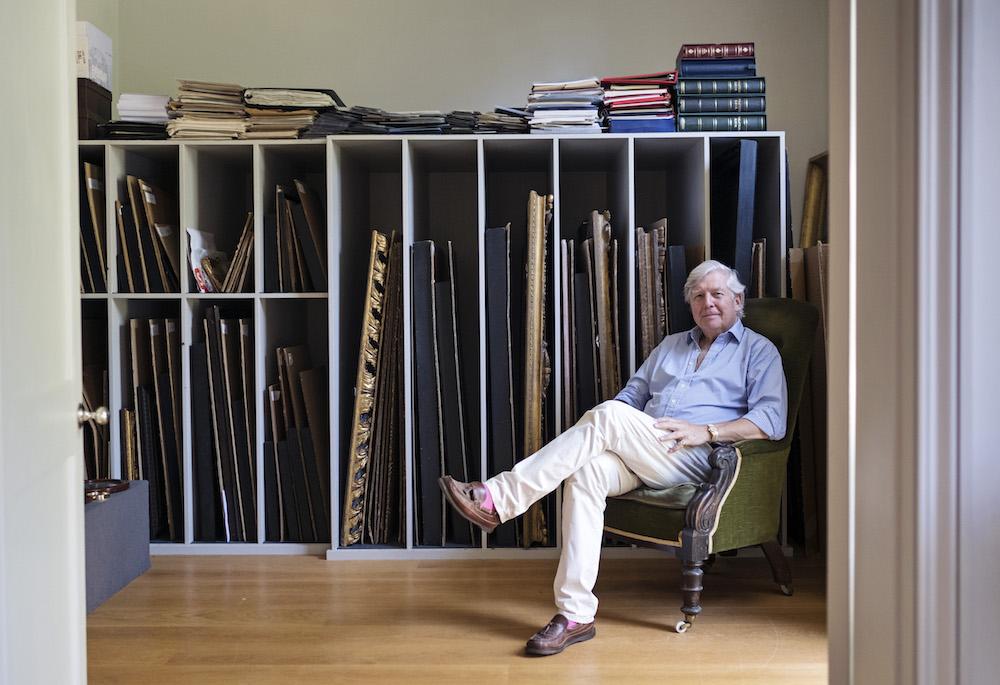 My love of Old Masters was inspired by my time at Christie's, when I was exposed to every form of works of art. I loved my stamps, and continue to do so, but the quality and workmanship in Dutch Old Master paintings perhaps has some resonance with my ancestry, and they continue to inspire and excite me. A good Old Master painting can also easily fit into a contemporary collection, and it is easy to see why so many modern artists have been inspired by Old Masters. I am sure this is little to do with the good value they represent, but it is possibly a factor! 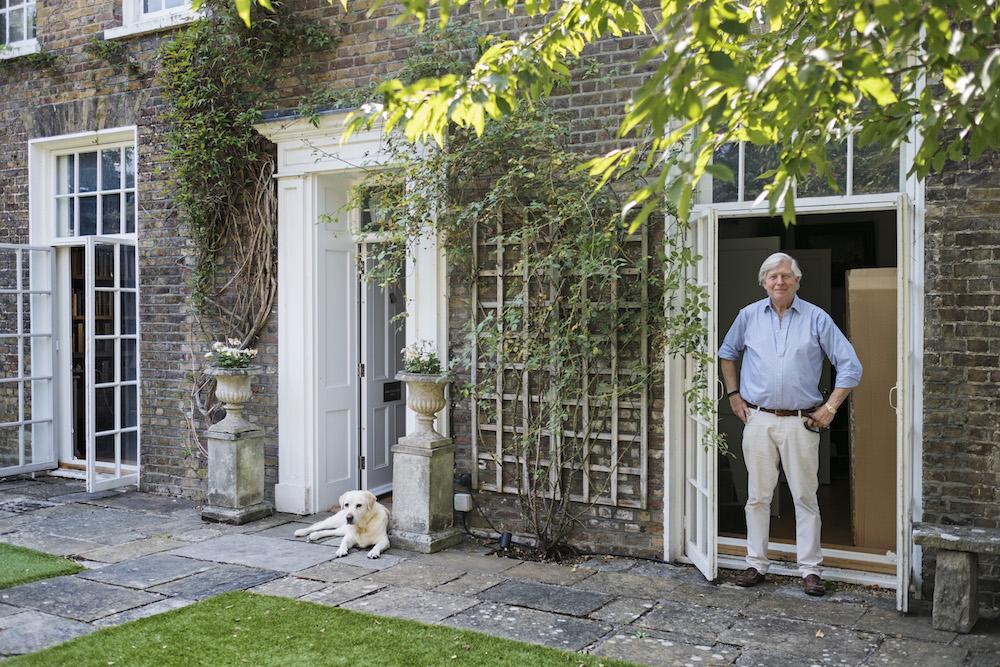 The gallery in Ham is close to but entirely separate from our home, and has a completely different atmosphere. The pictures are kept in racks and only brought out to show specific clients – and during lockdown, this has mostly been through an open window, or propping it up against a bench in the garden! Luckily the weather has been sufficiently clement to allow us to do this while socially distancing in the open air. 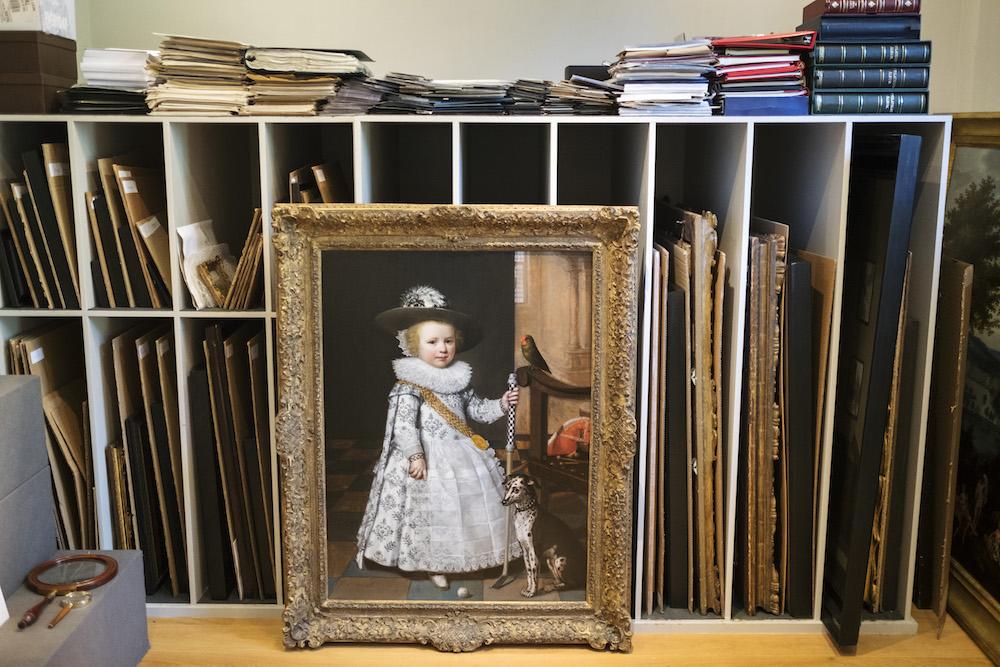 This Portrait of a Young Golfer by Jan Anthonisz van Ravesteyn (c.1572-1657) has extraordinary presence, and I love all the boy's toys with which he is surrounded. I cannot imagine he is just about to go out to play a round of golf dressed in such finery! The quality and condition of the painting are so extraordinary that I just had to buy it. We are looking forward to showing it in its full glory in Frieze Viewing Room this October. 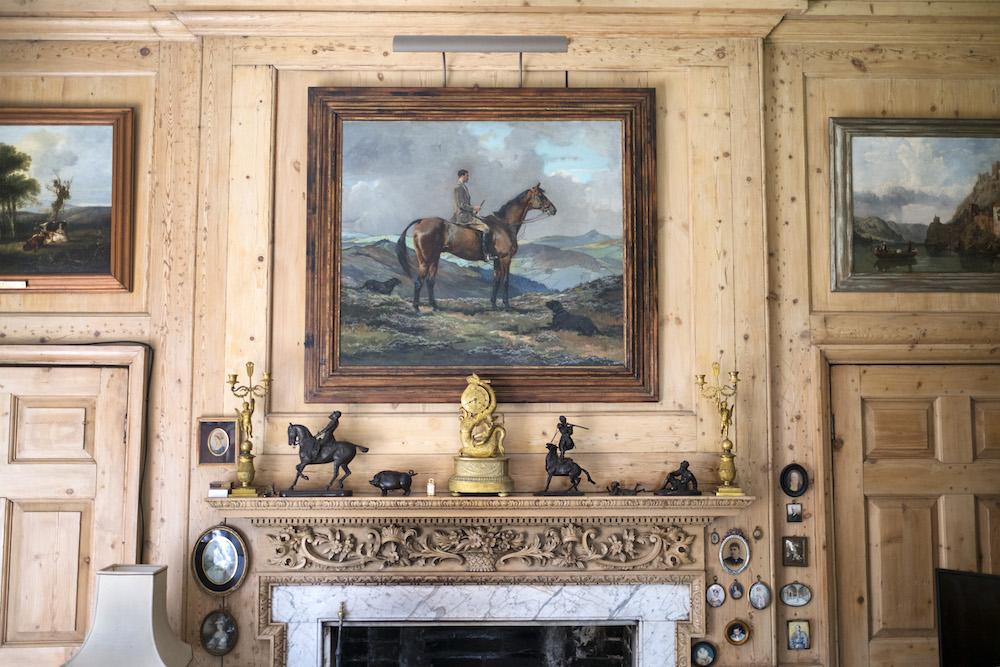