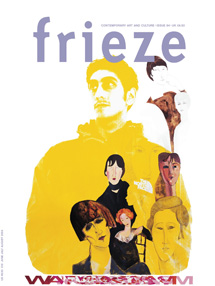 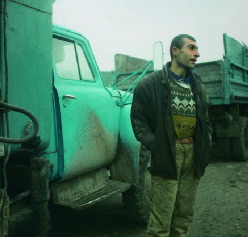 As Hrach Nahapetyan, an agronomist, walks around the village cemetery of Voghchaberd in Armenia, his movements are tracked by Karen Andreassian, using a hand-held camera. The cemetery has been churned up by the landslides that have affected the area since the earthquake of 1988. Hrach walks carefully on the uneven terrain, advancing between the skewed railings that surround the burial plots and pointing to the cracks in the ground while telling the artist about the son he lost in 1992. Armen had fought in the war over Nagorno-Karabakh, only to die in a car accident. Just before hearing of the boy's death, Hrach had had a dream in which a deceased relative had asked him where he would bury his son, should the boy die; not, he had replied, in the ruined cemetery. But he buried the boy there after all, and the railings around the grave were made by Hrach himself.

The encounter with Hrach is one episode in Andreassian's video cycle on the village of Voghchaberd. In another, the elderly farmer-cum-writer Artavazd points out that the landslides have exposed a clay-like substratum called gill. Wheezing slightly but talking with emphasis, he explains that gill has both nutritional and hygienic properties. His pigs grew fat on it, and the villagers used it during the war to get rid of lice. So it would seem that the landslides take with one hand and give with the other. On some level they serve as a metaphor for the conflicts that have long blighted Armenia, from the genocide of 1915-23 to the war with Azerbaijan, but first and foremost they are monolithic geological events - occurrences that have dire effects but also give rise to resourceful adaptive strategies. The video cycle quietly underlines the villagers' resilience and their attachment to the land. The authorities, we learn, have tried to relocate them and failed.

In another episode in the cycle the camera follows the rubbish collector Edvard Zadoyan as he operates a mechanical hoist that creakingly clamps on to refuse bins, lifts them and tips their contents into the back of his ancient truck. Later, through the vehicle's broken windscreen, the camera catches scores of pigs as they root about in mountains of rubbish at the landfill site, their tails flicking from side to side. And in the last episode a villager picks blackberries from bushes and a thorn from his foot while commenting on the richness of the land.

The exhibition had a no-frills, slightly homespun look. The video footage is grainy, and the camera lurches around uncertainly as the artist follows his interviewees. Andreassian combines the protocols of documentary film with the more halting and intimate cadences of the home video. Meanwhile, in a corner of the gallery, a single standard lamp illuminates a row of photos. Here we see an abandoned oil rig, there a broken-backed dacha, its retaining walls slipping down the hillside. Both are relics of the Soviet era, when Voghchaberd was a prosperous place and apparatchiks from nearby Yerevan built their country residences there. In another corner of the gallery is a computer from which viewers can access a website, also by Andreassian, that offers further information on the village and uses a map to situate the various sites - the dacha, the cemetery, the oil rig - that feature in the show (www.voghchaberd.am).

Andreassian has the good sense to let the villagers speak for themselves. His presence is unobtrusive, but his editing is sharp and brings out echoes that subtly bind the stories together. The rubbish spilling into the truck calls to mind the subsidence in the cemetery and under the dacha; the blackberry picking reminds you of the rooting pigs, which in turn recall those other pigs, the ones that subsisted on gill. And throughout the show the fractured land is made to resonate with the violent dislocations that have been visited on this and other villages across Armenia.

Not for Andreassian the poetry of decay or the rhetoric of the lament. What he does is both more modest and more far-reaching: he provides a telling context in which the stories of the villagers can unfold and become interwoven. In the process he creates an unsentimental but deeply compelling archive, a catalogue of disruption, suffering and adaptation. He offers, with striking economy, an intricate picture of the life of the village, presenting its inhabitants not as victims but as people who are actively negotiating paths in, through and around the convulsions that have long gripped their country. 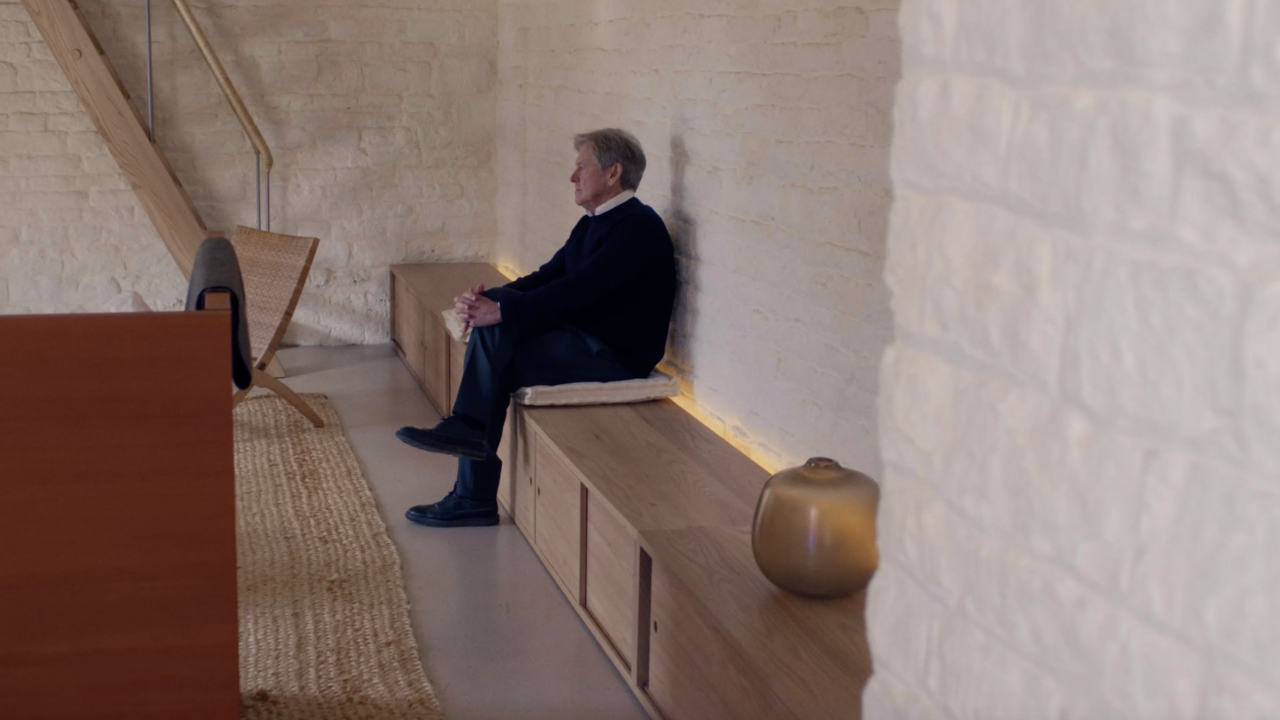 The architectural designer reveals how he restored Home Farm into a utterly modern, deeply personal family retreat that reflects his belief in ‘trying to get to what’s essential’

Frieze New York
Dana Lok: ‘The First Look at a Painting is Precious’