Keith Piper’s Robot Bodies (1988/2016), which introduces this exhibition at Liverpool’s Bluecoat (in association with Iniva), is an interactive archive of what the artist calls ‘notes on the dissection of a robot’s body’. Navigated by means of an ergonomic trackball mounted on a plinth, this projected repository of audio clips, dictionary definitions and blurred thumbnail images offers a set of instructions on how to operate intelligent machines. By clicking through links, the user is inculcated into a narrative of discipline and control: robots are ‘generally benign’ but susceptible to ‘rogue influences’; cyborgs, the products of miscegenation, will inevitably be subject to ‘loyalties antipathetic to the ones by which we govern’.

The pairing of stills from science-fiction films with pictures of plantation workers, extravagantly muscled black men and slave branks makes clear that artificial intelligence is a metaphorical vehicle for contemporary tensions around race and labour. On a flatscreen monitor to the left of the projection flickers footage of a lunar rover: an expendable technology abandoned to its fate. The images are punctuated by a question – ‘Ain’t I a robot?’: an adaptation of Sojourner Truth’s famous accusation, which suggests that the analogy with artificial intelligence extends to issues of gender as much as race.

The coalition between artificial intelligence and oppressed minorities – lesbians, trans people, migrants, non-whites, animals and extraterrestrials – against dominant white male cultures has been a staple of feminist science fiction since the 1970s. This strain of anti-humanism, characterized by its active celebration of the decline of man (or Man), is the foundation of the accelerationist and xenofeminist conviction that the Left should unite in hastening the collapse of civil society as we know it. Unearthing the Banker’s Bones (2016), a three-channel film installation commissioned by the Arts Council and the centrepiece of Piper’s exhibition, imagines such a scenario.

Taking its cue from the uncompleted final instalment of Octavia Butler’s ‘Parables’ trilogy (begun in 1993), this short video challenges Fredric Jameson’s famous statement that it is ‘easier to imagine the end of the world than the end of capitalism’. Capitalism – the world as we know it – is personified by a white, male banker; his opposite is a trickster figure who, according to the voiceover, ‘paces the edge of the Anthropocene’. The landscape splices the City of London skyline with a post-apocalyptic desert, a terrain sucked dry by capitalism and upended by global migration. Travelling forward in time, the trickster digs up the bones of the banker, by now deceased (‘a victim of his own internal contradictions’). These are presented in a vitrine alongside three open ledgers attesting to his plunder.

The implication is that while it might be difficult for empowered white men to imagine or countenance the end of capitalism, it’s pretty straightforward for everyone else. A suite of four unstretched paintings in an adjoining room play on a variety of canonical references with a sledgehammer subtlety only partly alleviated by cartoonish humour. Artist and patron in Gustave Courbet’s The Meeting (1854) are replaced by banker and empire; robots are set adrift on Théodore Géricault’s The Raft of the Medusa (1818–19); and, ultimately, the banker appears as Andrea Mantegna’s Dead Christ (c.1480).

I visited this exhibition twice: once prior to the election of a US president whose espousal of racist, authoritarian and misogynist ideologies recalls the most lurid science-fiction, and again after. The tub-thumping of Unearthing the Banker’s Bones struck me, on the first occasion, as unhelpfully reductive, even histrionic; on the second, it felt entirely appropriate to the times. For all that it lacks nuance, the exhibition serves as a reminder that the crisis of man should not be cause for lamentation (or sympathy for those historically privileged members of society who now feel ‘forgotten’). The oppressed will, according to Piper’s vision of the future, not only inherit the earth but rewrite its history. We can only hope he is right.

Ben Eastham is editor-in-chief of art-agenda and author of The Imaginary Museum (TLS Books, 2020). 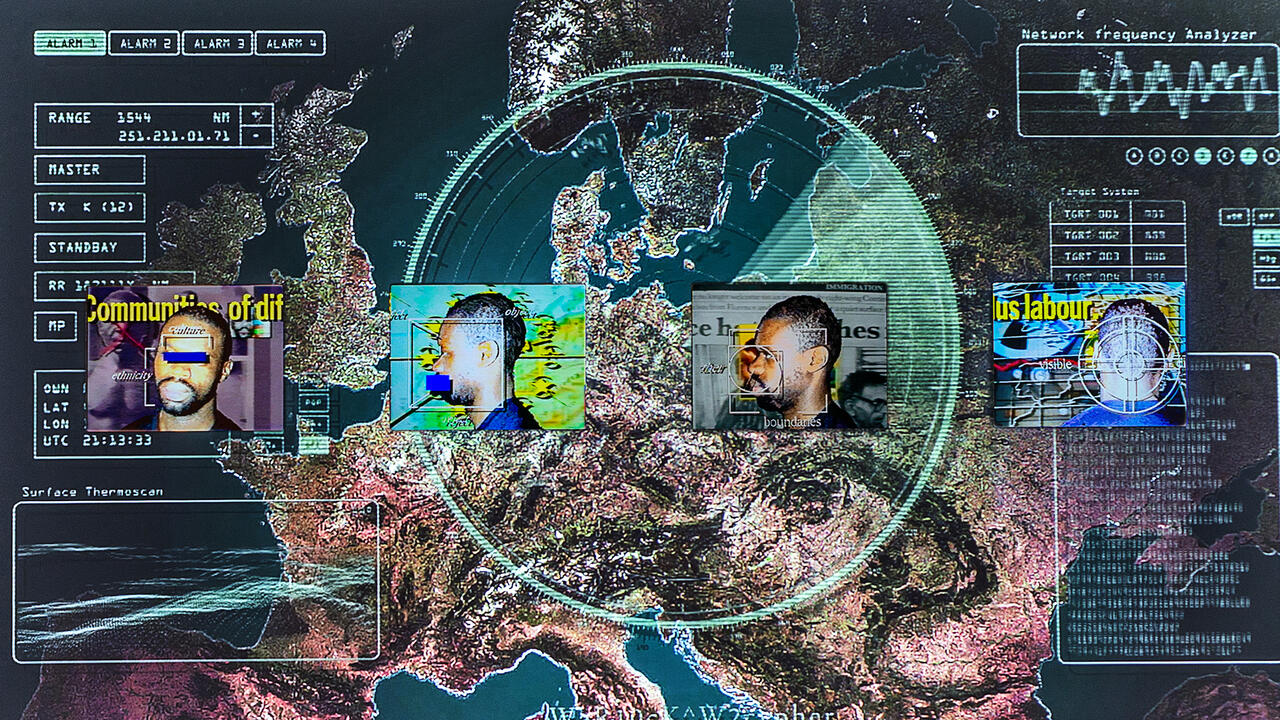