In America, Kilroy isn’t an orange-faced, platitude-spewing talk-show host turned failed UK Independence Party politician. He’s the ubiquitous reincarnation of James J. Kilroy, a Second World War shipyard inspector in Massachusetts, whose signature stamp - which denoted a successfully completed inspection - was appropriated by soldiers and satirically daubed across just about any surface they came into contact with. Somewhere along the line he acquired a nose and something resembling a face, and after the war was repatriated as urban graffiti. ‘Kilroy Was Here’ was a meme; the Internet was still half a century away.

In its ironic playfulness and its reliance on the ‘viral’ dissemination of a shared visual joke, the Internet meme has plenty in common with its pre-digital antecedents. Memes in Digital Culture (MIT Press) is a beginner’s guide to a recent glut of academic material attempting to theorise the Internet meme and its significance in contemporary culture. Limor Shifman takes us on a whistle-stop tour of this remarkably eccentric digital landscape, from ‘Leave Britney Alone’ and ‘Pepper-Spraying Cop’ to Korean pop sensation Psy, as well as a number of more overtly political memes. 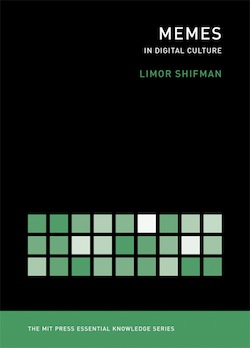 In recent years Chinese Internet users have responded to successive government crackdowns on ‘pornographic’ content by embedding obscene messages in seemingly innocuous memes by playing on linguistic anomalies. Thus the massive popularity, from 2008 onwards, of a meme called ‘Grass Mud Horse’, whose name in Chinese – caonima – sounds an awful lot like cao ni ma, which means ‘fuck your mother.’ The crackdown on offensive content had been used to target political bloggers, so this absurd equine became an important symbol of defiance. One of his most successful hits was a jaunty ditty ostensibly about the Gobi desert: the lyric ‘On the vast and beautiful Male Gobi desert is a herd of glass mud horses’ actually sounds like ‘In your mother’s vast and beautiful cunt is a group fucking your mother.’

Political questions aside, there is fun to be had. The dispassionate, academic treatment of this kind of subject matter gives the book a curiously sarcastic flavour. Memes in Digital Culture features, among other things, a Venn Diagram entitled ‘Viral and memetic success factors’ (at its intersection: Simplicity; Humor; Participation tools); an audience-breakdown of LOLCat lovers (into ‘CheezFrenz’, ‘MemeGeeks’ and ‘casual users’ – aka ‘the bored-at-work population’); and a helpful explanation of why a photograph of a person frozen in time can be humorous (‘it is the ungainly position of their bodies that makes people look funny. A further explanation would be … [that] people cannot remain in mid-air for more than a split second.’) 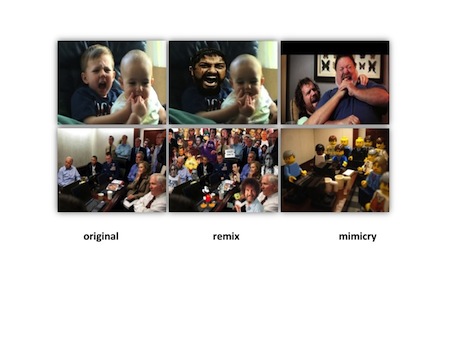 The Internet meme’s claim to singularity remains an open question: some would argue it’s merely the digitalised progression of long-standing traditions of banter, subversive humour, graffiti and sloganeering; but there is a persuasive case to be made that the sheer scale of proliferation, and the potential for a seemingly endless cross-pollination of cultural and political ideas afforded by digital technology, make it a special case. What is certain is that the Internet meme has achieved a visible role as part of a vernacular of popular dissent, from the US to China. It’s not only about sending up politicians, but also interrogating accepted social norms: a plethora of ‘stock character macros’ – including ‘Socially Awkward Penguin’, ‘Bad Argument Hippie’ and ‘Success Kid’ – provide, says Shifman, ‘a glimpse into the drama of morality in the First World of the twenty-first century.’